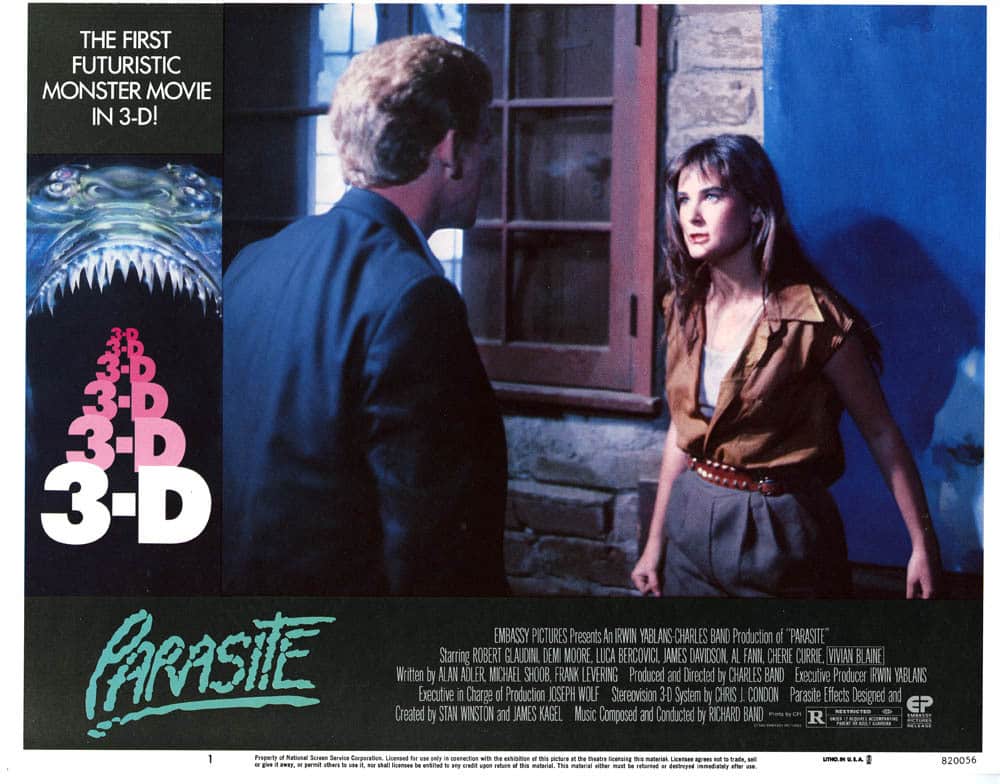 In the aftermath of atomic fallout, a scientist travels to find a cure for a new parasite that threatens what remains of humanity. Let’s dig into 1982’s “Parasite”, directed by Charles Band!

There are a lot of ingredients in this recipe that should have made the film successful.

Charles Band, whether you enjoy his campy output or not (I find it hit or miss), is a prolific low-budget film director/producer and this film found him early in his career and bears little resemblance to his signature style. Stan Winston on creature effects. That right there could make a movie.

A young starlet (Demi Moore) before she would command top dollar. A hotshot producer in Irwin Yablans who had a big hand in turning the slasher genre on its head. The makeup is strong as well.

Unfortunately, with all those right pieces, the film never feels well thought out. 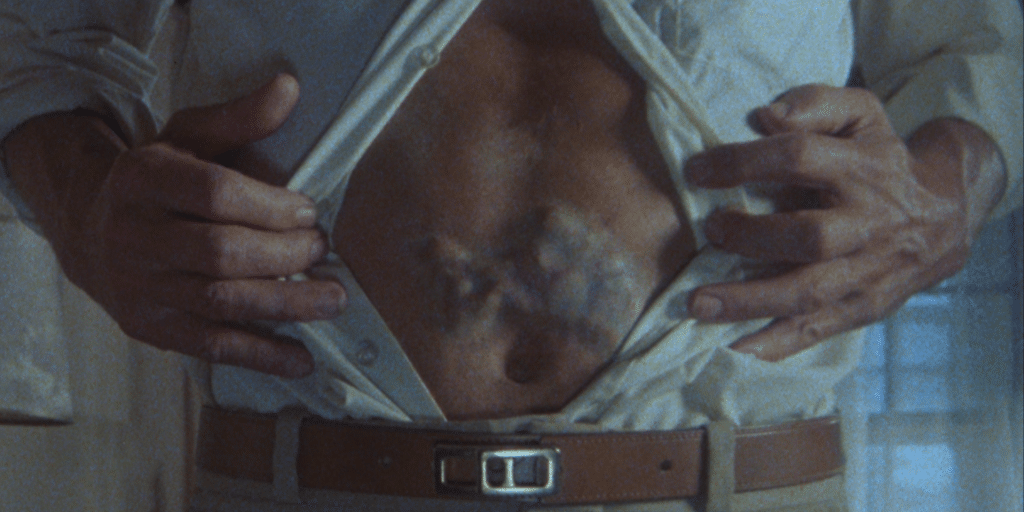 Setting it in the near future (just ten years after it was made; 1992) was set up for failure from the jump, especially when you don’t have a futurist with the perspicacity to guide you through what tech could be like in ten years time. Laser guns and pens? Lamborghini Countach in the desert?  Forty dollars for a gallon of gasoline? Paper bills no longer being acceptable currency?

There were some big swings here and nothing landed. I get it, it’s fantasy and not meant as prophecy. But at least try to base something in the possible reality.

The creatures, which were hand puppets, look a bit Deadly Spawn-esque, and at times you can see the human arm attached to the evil. But it’s all forgivable because of that face-bursting scene. Even if it is a “too close to call homage” tribute.

A young, pock-marked Demi Moore stars as Patricia in just her second credit, and one she reportedly wasn’t fond of reflecting on. Her husband at the time, Freddy Moore (Arn), also had a role in the film. 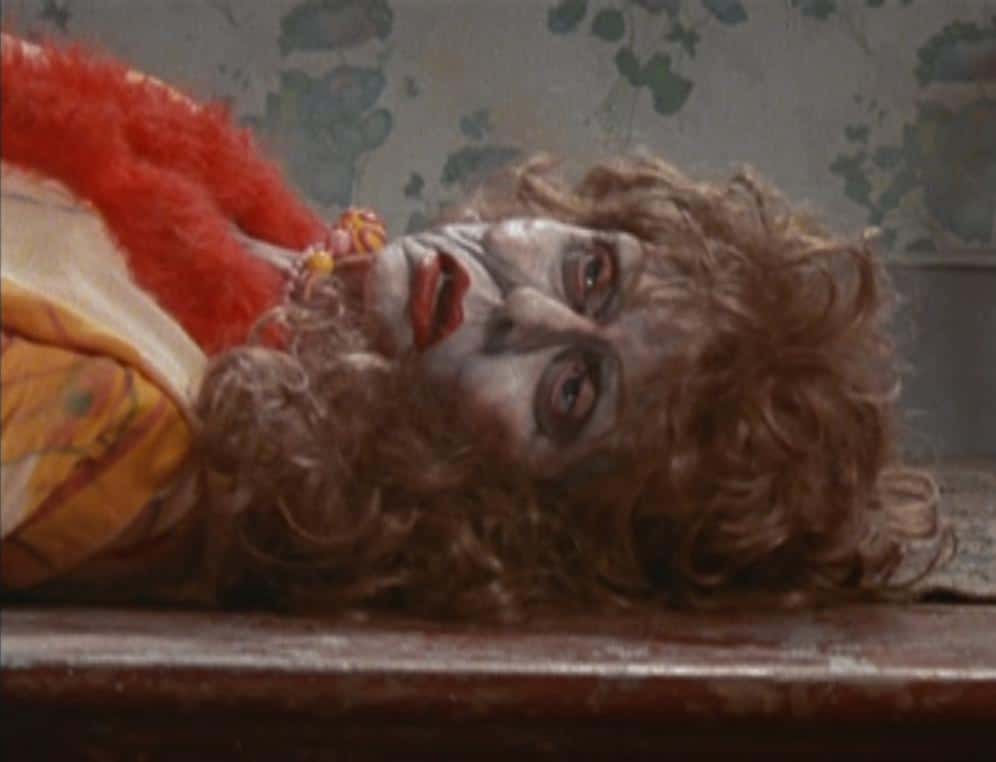 The film was shown in 3D, but I’m not sure why. No scenes stuck out to me as fitting for such a viewing.

I have to say Demi Moore, right? At twenty years old, her signature raspy voice was already well developed. But she wasn’t afforded a chance to display the charm that endeared her to moviegoers in the next decade.

Supposedly a sequel was planned, but mercilessly the parasite was stopped.

Kino Lober released a special edition 3D version which has both that useless technology and the standard version included. You can also stream on Kanopy or Flix Fling.