Light and easy, and in no way meant to be taken too seriously, “Wacko” could be the exact kind of mindlessly fun popcorn flick you need most right now.

Thirteen years after a pumpkin headed murderer known as the “Lawnmower Killer” slayed her sister, Mary Graves fears the killer will return for the Halloween Pumpkin Prom. Let’s dig into 1982’s Wacko, directed by Greydon Clark.

The Naked Gun of early 80s horror, this spoof film is a blueprint for what Scary Movie would be some two decades later. Ironically, Wacko and Naked Gun share actor George Kennedy in common, this time in a “WTF!” role of a doggedly incestual Father.

The opening scene, ripe for some GIF making, hits viewers hard with exactly what to expect for the rest of the run time — coming in hot with the laugh out loud line, “Death to all teenagers who fuck!”

More than anything, this feels like a film that’s about little more than just having fun. Characters are named after horror icons, including Damien and Norman Bates, and George Kennedy’s character is a Doctor in moniker but not actual practice. There’s very little story, and that probably matters very little.

While Principal Harry Palms subjects the students to discipline by putting their heads in a vise and Detective Harbinger fills his briefcase with coffee, dispensing it as he pleases, the entire film is an exercise in absurdity and laughter. It’s a safe bet this was the first time a whip creamed bikini was worn on celluloid as well (long before Varsity Blues). 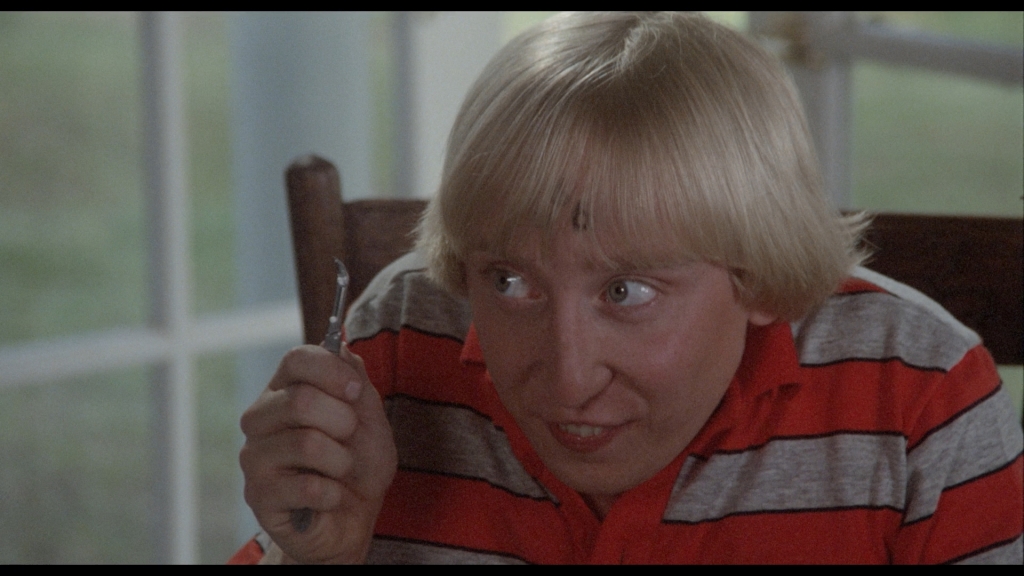 The list of recognizable faces is long. Let’s start from the top. First, we have Andrew Dice Clay’s first roll! He plays the incessantly amorous Tony Schlongini. We all know where he went from here. Believe it or not, there is a level of innocence to Dice that is endearing in Wacko.

E.G. Daily also stars. Whether you know her as Pee Wee’s girlfriend Dotty (Pee Wee’s Big Adventure) or as working girl “Candy” in Rob Zombie’s The Devil’s Rejects, her voice will make your tough side evaporate. Maybe it’s the Tommy Pickles in her.

Charles Napier also plays a bit part as the Police Chief, who you’ll recognize from just about everything. He’s had roles in films as diverse as Rambo First Blood 2, Maniac Cop 2, Ernest Goes to Jail, and The Silence of the Lambs, just to name a few. 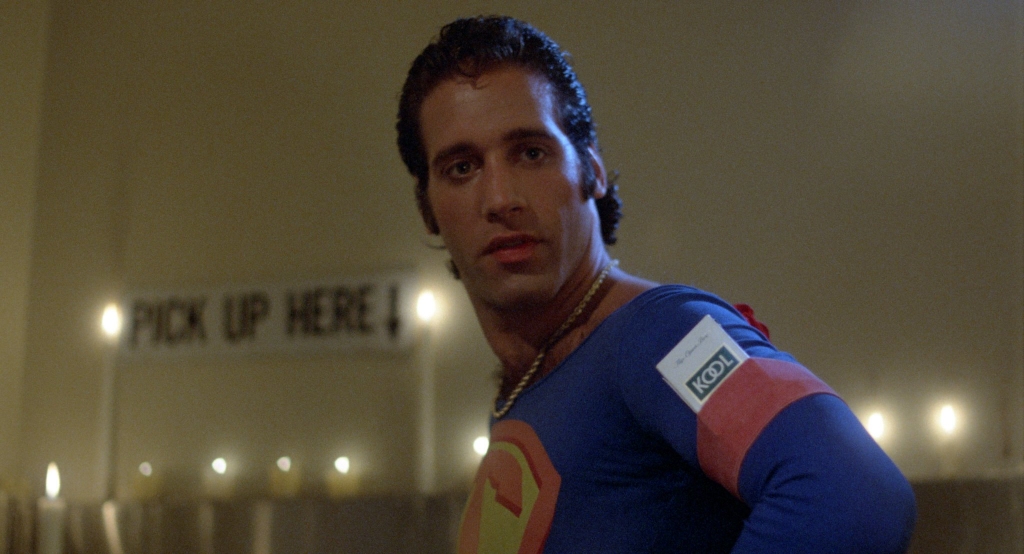 Dice is looking like a full-on heartbreaker. Young fit and tanned, he was primed for stardom.

It’s a spoof locked in time and therefore could not be remade in any real way, other than in name alone. Other satires do and will exist that have no need to bank on the legacy of the title.

The Scary Movie franchise owes some credit to this film and to the rash of spoof horror films that popped up in the first few years of the 80s. To be fair, however, none of them delivered the level of brilliance that the Wayans brothers brought to the table.

Wacko is available on Blu-ray through Vinegar Syndrome. For more in depth coverage of that release from Morbidly Beautiful, see Patrick Krause’s Syndrome Saturday column. For those who prefer a digital dive, Wacko is currently streaming for free on Prime.