Riding the coattails of the sharpest jaws in the sea, this guilty pleasure of natural horror even recycled a shot of Bruce the shark. A park ranger scrambles to save as many campers as he can before an eighteen-foot Grizzly bear tears them to shreds. Let’s dig into 1976’s “Grizzly”, directed by William Girdler!

Doesn’t this guy cover enough natural horror movies? No, shut up, I love them.

Trying to do for the woods what Jaws did for the water but not as successful as far as invoking fear, the film was a smashing success financially and the highest-grossing independent film for two solid years until it was dethroned by none other than Michael Myers in John Carpenter’s Halloween.

The money never saw the inside of the filmmakers’ pockets as long lost thief and producer Edward Montoro seemed to have started embezzling profits from the start of his producing career and disappeared forever after Mutant.

They don’t try to keep themselves grounded completely in reality as they conjure up a fictitious and long thought extinct ancient Grizzly to explain the massive size of the stalking killer. 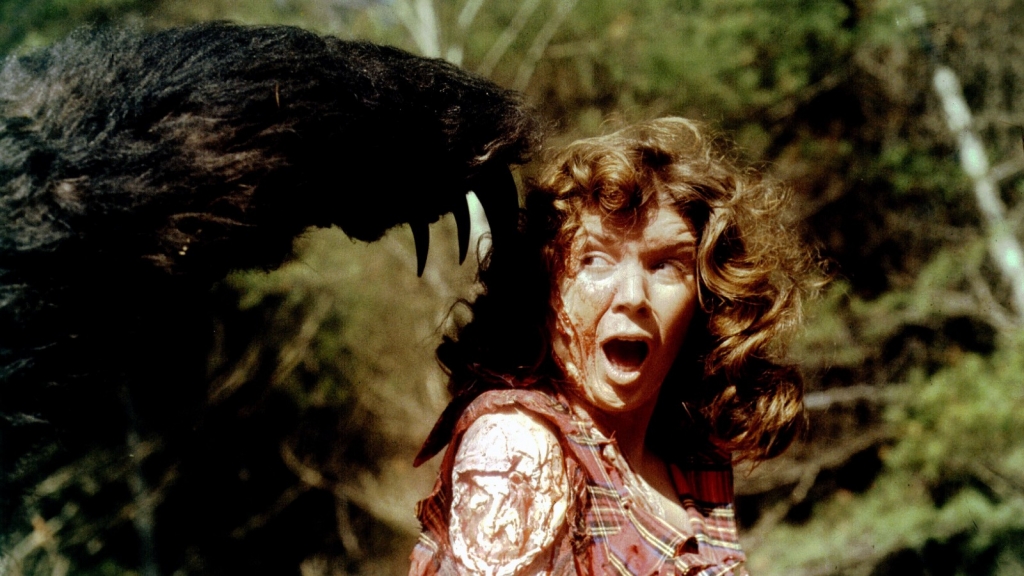 These animal slashers always do their best to turn real danger into hyperbolic, Michael Bay-level threats. The first kill though, you can’t help but laugh as the poor girl’s arm goes flying with a clean swipe of the massive paw.

Reportedly, the animal handlers were very strict about cast and crew steering clear of the real-life bear (an 11 foot Kodiak) and went so far as putting up a piece of string to mimic the animal’s normally electrified enclosure to deter a tragedy. Dodged a bullet.

The comparisons to Jaws (more like condemnations of plagiarism) are valid, and they do not help their case by destroying the beast in the same explosive manner, though I’m sure Brody would have preferred a Bazooka to defeat Bruce.

Christopher George (Kelly) played the Coach in Graduation Day, Bill Paxton’s evil father in a previous Dig Mortuary, and Lt. Bracken in the college slasher Pieces, which tragically he died of a heart attack shortly after its release. 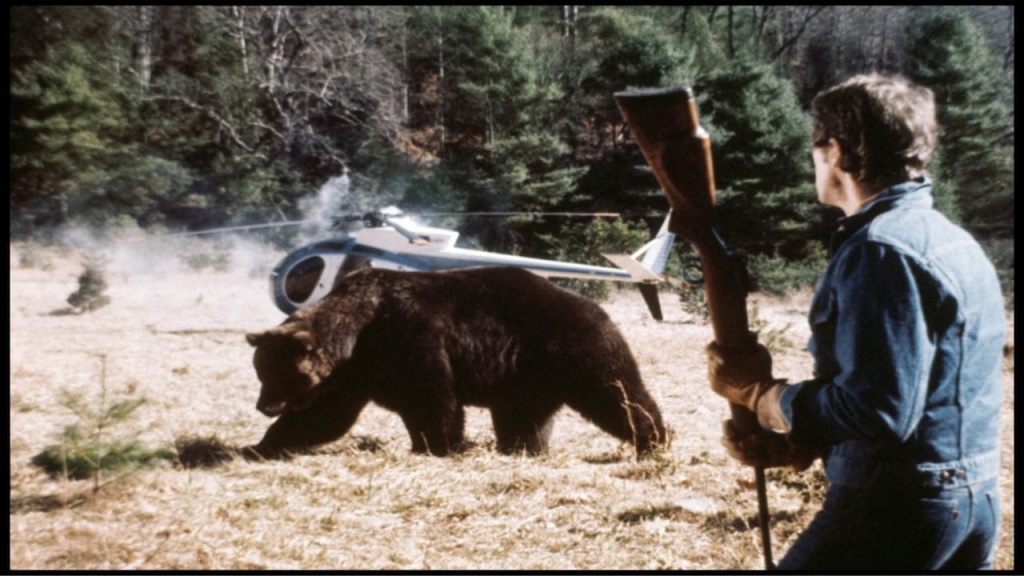 Ripping a kid’s leg off surely qualifies, though they tried to soften the blow by having him survive the mauling.

The female Ranger who decides to strip and go for a swim in the middle of searching for a murderous bear seems trite.

I’ve never heard of Robert O. Ragland before, and at the first note, I thought even the score was a discount rip-off of John Williams’ Jaws score. But the more I listened, the more I fell for the composition. It may lack the bite of John Williams’ brilliance, but Ragland’s conducting of the National Philharmonic Orchestra of London is worth acquiring.

Finally getting a glimpse of the hidden sequel should squelch the appetite for a retread.

Check back in tomorrow for more on the sequel which sat unreleased (officially) for thirty-seven years.

Severin Films released a Blu-Ray and DVD with a menacing slipcover in 2021. You can also stream on The Roku Channel, Hoopla, and Tubi.