Not the typical camp you would expect from a Larry Cohen production, the horror here feels all too real in today’s America. 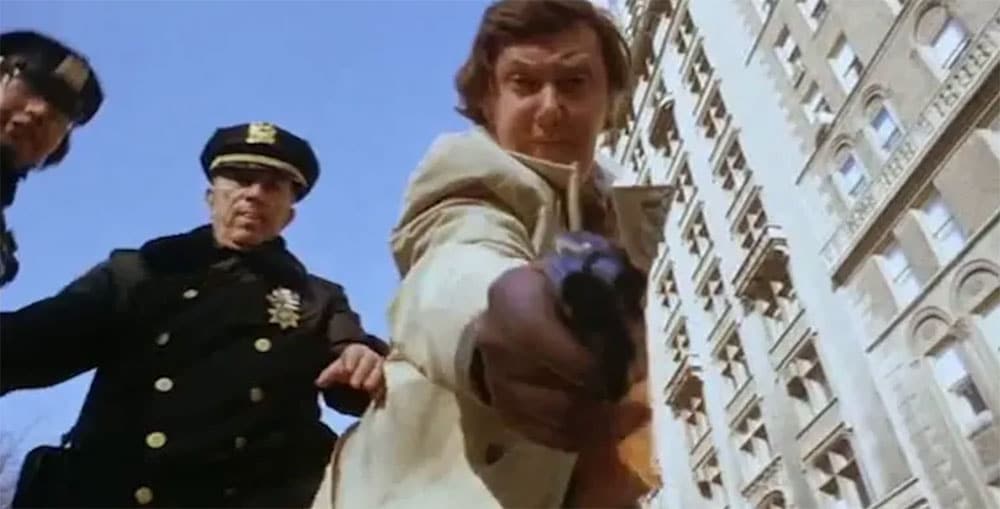 When seemingly normal people commit mass murder in God’s name a religious police detective tries to find out who or what is behind them. Let’s dig into 1976’s “God Told Me To”, directed by Larry Cohen!

I will not grandstand about the content of this film.

I don’t have a logical or socially agreeable solution for mass shooting events. I don’t know why people are obsessed with serial killers but appalled by mass shooters. I don’t know why someone would decide to end the lives of as many people as they possibly can in as short a time as possible.

Neither did Larry Cohen, but he gave them a motive: “God Told Me To”.

If you actually let that soak in, it becomes a very scary notion. It has the smallest quotient of validating them if you’re a believer. Really though, who gives a fuck why anyone does that type of thing? Finding a motive is only an attempt to give yourself closure (which psychologically may be necessary). The most logical of conclusions — aliens, of course. 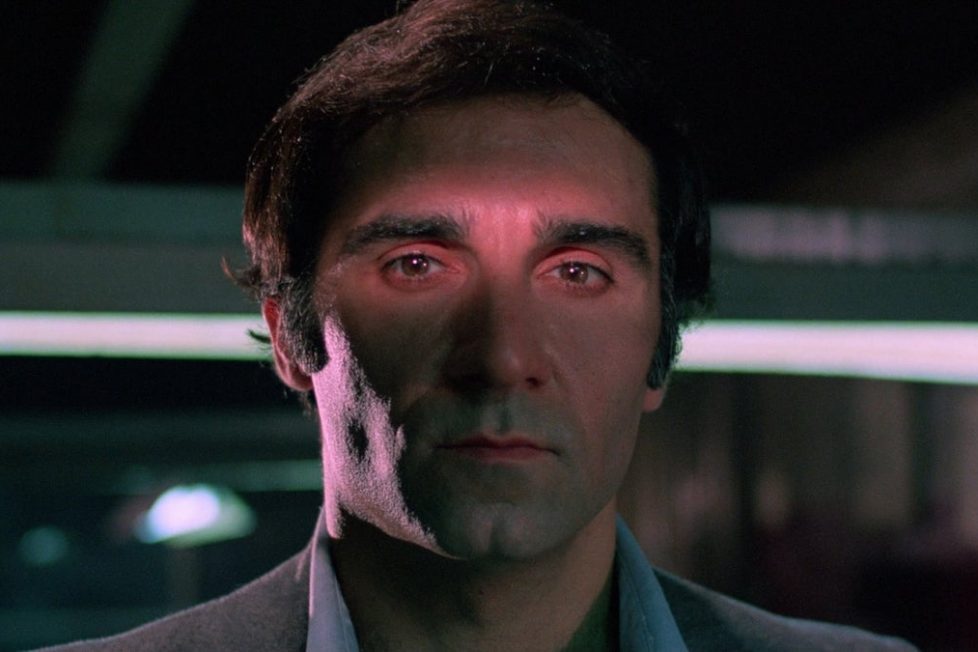 Gold Told Me To really is two different films.

The first deals with what would become a major cancer in the US just twenty-plus years later. The second is a Sci-Fi flick with hermaphrodite aliens who are behind the immaculate conception and mass murder like some messianic glowing entity.

The realistic side is true horror, in the sense that it’s as close to a realistic event as possible. You can imagine yourself in that crowd while an active shooter opens fire because you’ve seen the footage of recent events, or more tragically you were present.

If you prefer the more artsy, esoteric horror, Cohen has a fill for you, too.

Richard Lynch (Bernard) has many genre appearances, including a few on the Dig previously, but you may recall him most recently before he passed in Rob Zombie’s The Lords of Salem as Reverend Hawthorne or as the principal in Zombie’s Halloween.

This one was very surprising, but I immediately picked him out of the crowd of cops at the parade: Andy Kaufman, in his first film role. If you’re unfamiliar with Kaufman, enjoy going down the rabbit hole of one of the most brilliant and subversive performers ever. 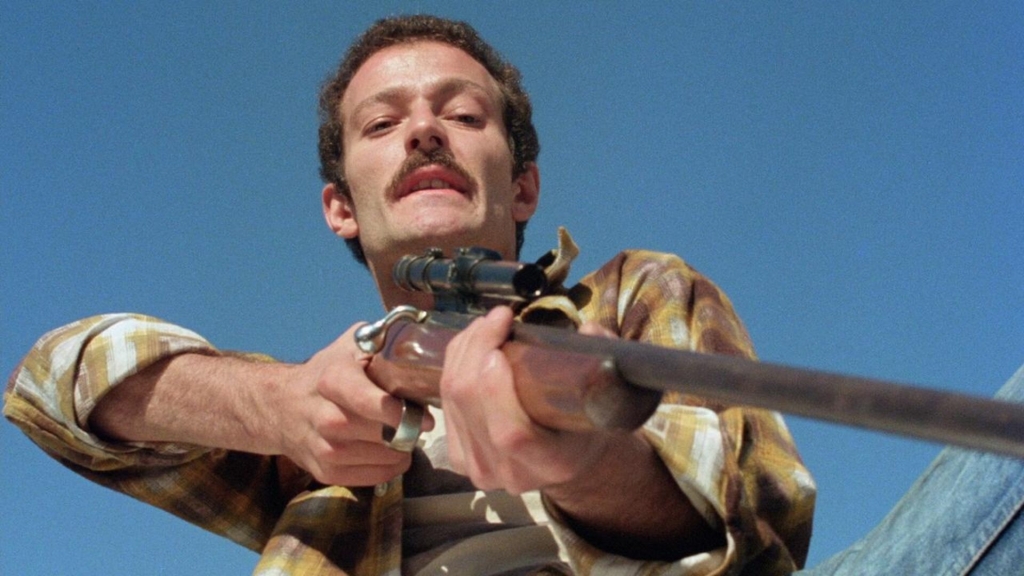 The mass shooting scenes are violent, but it ends up being more of where your mind takes you rather than what you’re seeing on screen. That’s the scariest and most poignant part of the film.

Maybe the alien vaginas, emitting a milky substance, could be counted as gratuitous. But they are so out of the left field I’m not even sure what to think here.

I’ve watched quite a few Larry Cohen films just for this column. He’s always been nestled so neatly in camp that I go in with expectations of a whimsical midi score and subpar acting. There was none of that here.

This one put me on my ass quickly and set Larry Cohen apart from the pack. It made me want to explore the entirety of his catalog (I’m sure I’ll pay dearly for that).

What probably seemed extremely rare at the time of making the film has become a weekly occurrence at least. That would render a straight-up remake too on the nose. That said, the story goes that a “young french director” approached Cohen with a desire to remake the film. Obviously, that did not materialize (yet), but that filmmaker ended up being Gaspar Noé.

Noé of course is known for shockingly raw films such as Irreversible and Enter the Void. I would propound that he could handle the subject matter though, much like his other films, I’m not sure I could personally handle more than one viewing.

Blue Underground released a Blu-Ray in 2015 with a couple of extras including a Q&A with director Larry Cohen. It can be had on the secondary market and seems to be the cheapest at Diabolik DVD. You can also stream on Shudder, AMC +, Pluto TV, and Arrow.