A good slasher/thriller from the 80s, “Death Valley” features a noteworthy cast of old steady hands and a trigger happy new face. 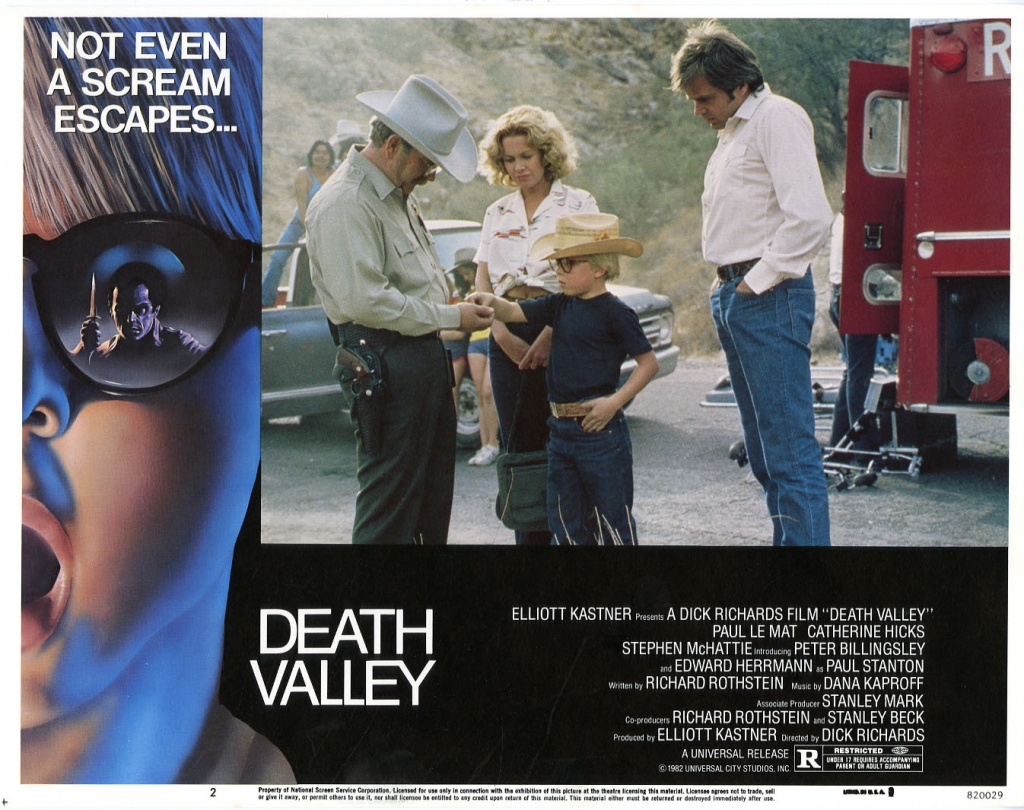 Billy goes on a trip to Death Valley with his mom and her new boyfriend only to discover they’ve walked into the range of a serial killer. Let’s dig into 1982’s “Death Valley”, directed by Dick Richards!

There was more attention paid to building character probably than anyone needed, but the effort is not lost on me. Laying love and heartache out so quickly wins over the audience and makes you side with young Billy as he rejects his mother’s new boyfriend, played by Paul Le Mat who turns in a much better performance than his last Dig (Grave Secrets).

The biggest gripes with the film are a lack of tension building and keeping some strong performers (Ed Herrmann and Wilford Brimley) off the screen so much. One is a story tragedy ,and the other is a tragedy of a way-too-early kill that reveals too much.

Peter Billingsley shows why he became a part of our zeitgeist in a different, more festive kind of genre film. His performance is strong, and his innocence undeniable. Stephen McHattie puts in the work as well in a proper creepy role.

We go too long without a real threat to our main cast. And when we finally do hit that climax and the matter is resolved, the film ends abruptly. No wrap-up, just death, and credits. 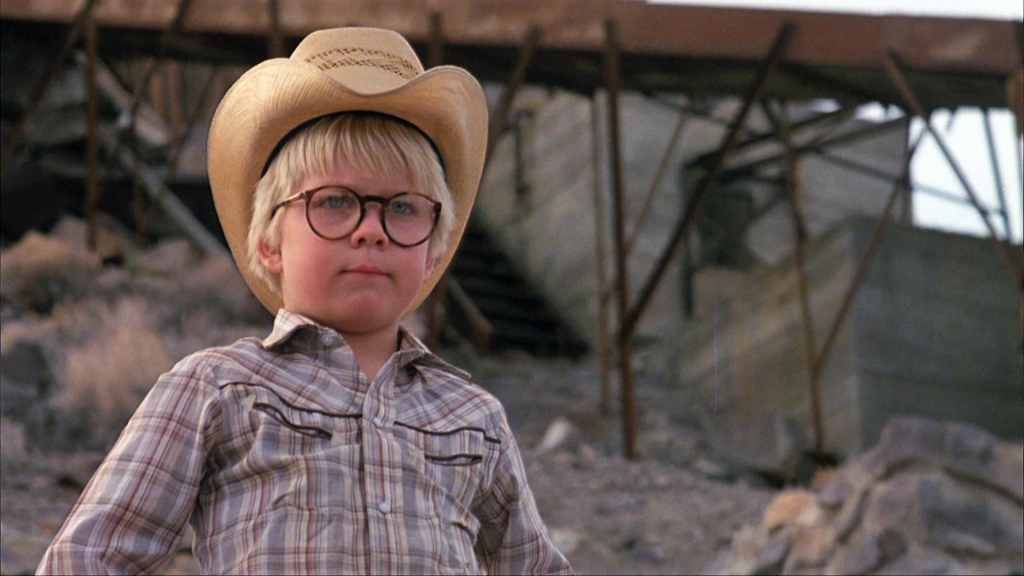 Before he was shooting his eye out and chewing on soap and producing and featuring in Marvel movies, Peter Billingsley (Billy) was playing around in the desert with a six-shooter and a cowboy hat. This isn’t his first film, though he’s billed with an “Introducing…” credit.

The poster boy for Diabetes, Wilford Brimley (Sheriff), was featured in both this film and John Carpenter’s The Thing remake in the same year.

Ed Herrmann (Paul/Dad) is most notably Max the head vampire in The Lost Boys. He also played Richie Rich’s dad.

A young Stephen McHattie (Hal) puts in some work here. Best known to recent genre fans as Grant in Pontypool. 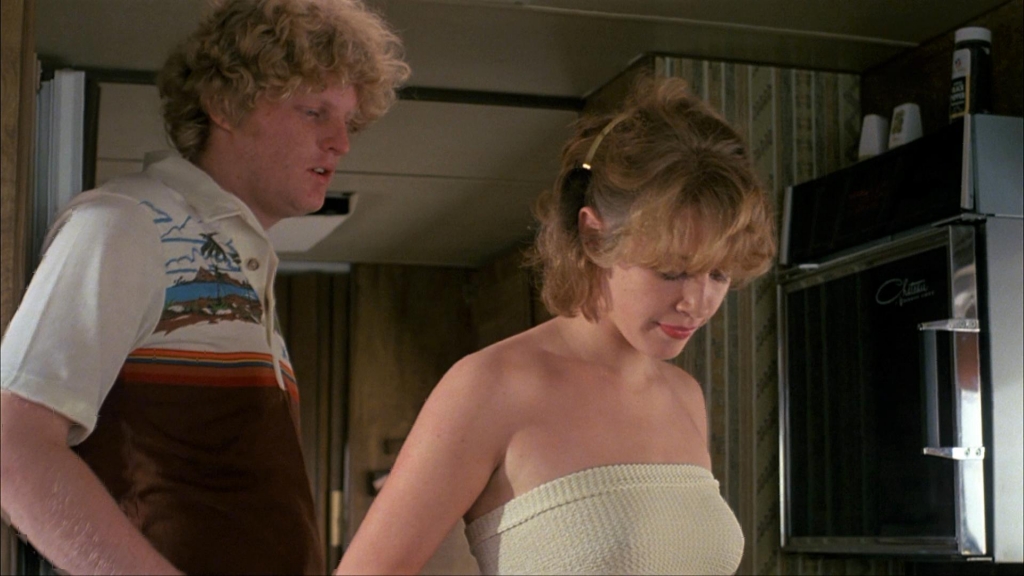 The line “I sell desert land to Arabs” wouldn’t fly today in the “intention doesn’t matter” atmosphere. But it’s the artwork on the cover, which can only be assumed a blow-up doll was used as a reference for, that is the most unsettling. Poor Ralphie.

It’s a serviceable enough film without a unique enough angle to run with. The ending is compromised just forty minutes into the film.

Shout Factory put out a Blu-ray all the way back in 2012. This one isn’t readily available to stream, but it wouldn’t be too difficult to find it on that mega video sharing platform if you were so inclined.