A DIY black comedy with no shame and no studio restrictions flexes its creative muscle to reach cult status, with a heavy cheese topping. 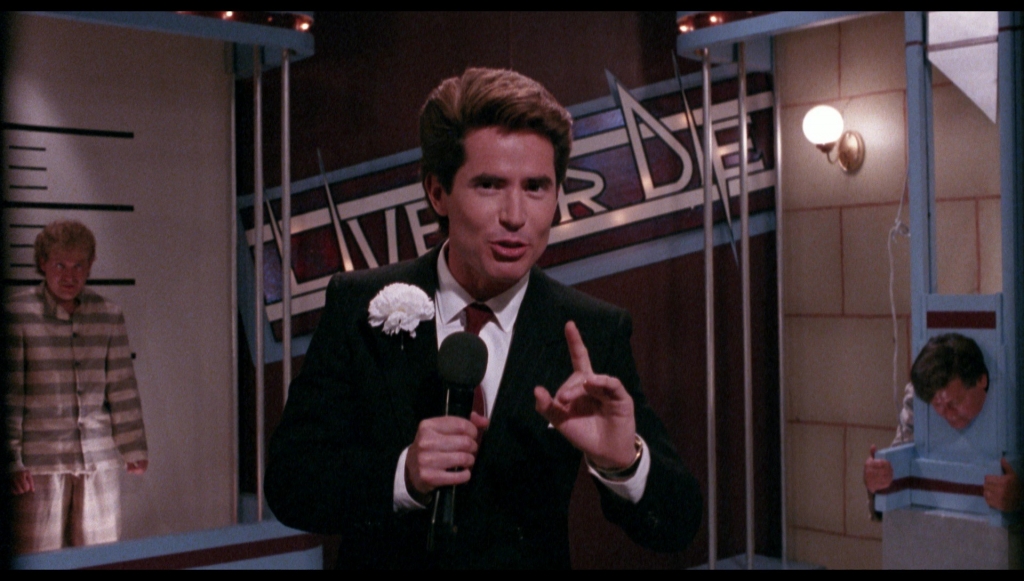 Chuck Toedan is the host of a game show which offers death row inmates the chance to earn prizes for their family as they depart this plane. The exploitation rubs most the wrong way and earns Chuck death threats that he fails to take seriously. Let’s dig into 1987’s “Deathrow Gameshow”, directed by Mark Pirro!

Though the scale may tip heavily towards comedy, the content is dark and depraved enough to warrant a horror audience.

Director Mark Pirro doesn’t believe in breaking the bank for art. Though his output may remind some of other indie impresarios such as Roger Corman or Fred Olen Ray, there is a different tone to the substance. The acting may be a bit lacking, the gags too goofy, but there is an underlying spirit which is infectious.

A full bore, full sleaze, black comedy that I would argue was later perfected with the brilliant and criminally undervalued Stay Tuned (1992), Deathrow makes no apologies for depravity and is just pure amusement.

John McCafferty embodies the sleazoid gameshow host with fervor, and the preposterous chemistry between Chuck and the idiomatic Luigi Pappalardo (Beano) is as palpable as it is ridiculous. 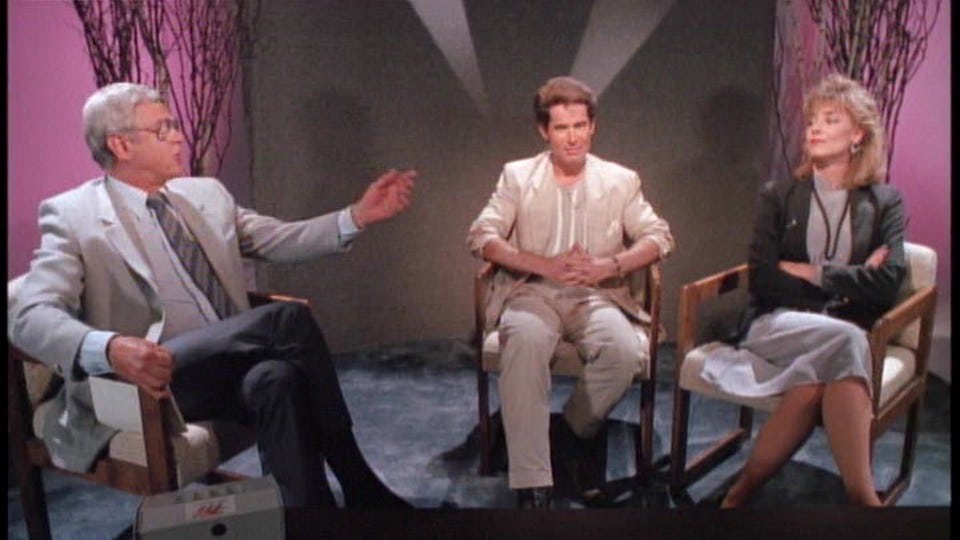 The premise of exploiting the murder of death row inmates to their “benefit” is clever, deplorable, and more of a critique of our bloodlust than anyone would care to admit. Pirro’s swift pacing and lighthearted tone succeed in keeping the dark and bleak subject matter palatable.

I’m intrigued enough to explore the rest of the Pirromount catalog. With titles like A Polish Vampire in Burbank – Pirro’s first and most groundbreaking film which saw a massive return on a meager budget – Nudist Colony of the Dead (1991), and Rectuma (2003), there is no unrealistic expectation moving forward.

Pirro built a stable of loyal actors who understood his sensibility and played to his gaffes, so if you’ve seen one Pirromount production you will probably recognize a handful of actors from any single film from his catalog you choose to watch.

The whole film is gratuitous by design. 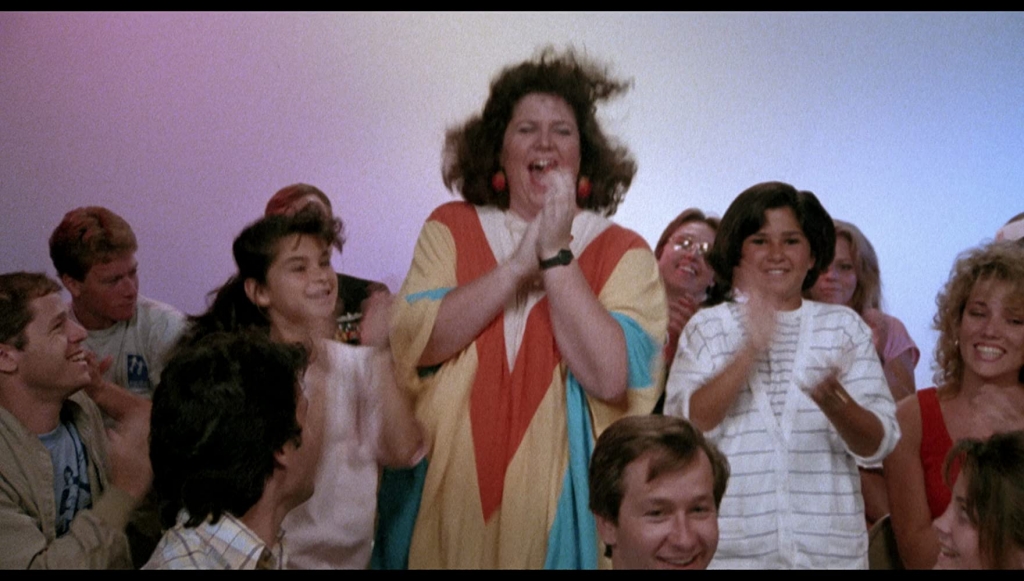 The inherent pomp and sleaziness of the Chuck Toedan character pulls away from the lounge singer charm that John McCafferty seems to hold.

The 80’s hair style and wardrobe choices pull away from the natural beauty of Robyn Blythe as Gloria Sternvirgin.

There may not be a better candidate from any film I’ve covered here to be remade. A few tweaks to details, like killing the death row inmate angle and instead banking on the feverish appetites of those seeking virality and instant fame and fortune, and you have an affecting social commentary.