A true “Hidden” gem, this cop thriller with a sci-fi/horror lean has an impressive cast and a ton of action throughout. 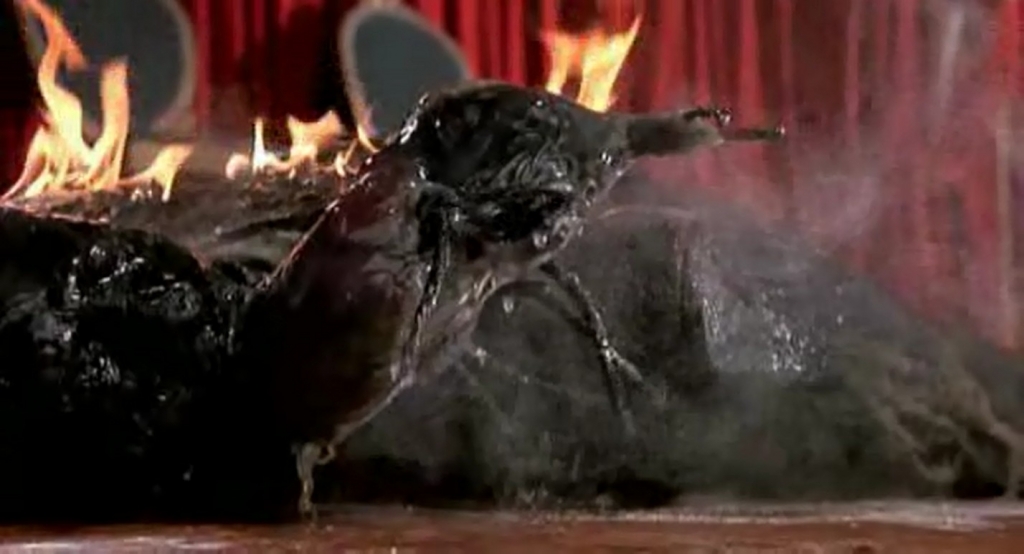 A Cop and an FBI Agent hunt a creature that takes control of humans and is bent on world domination. Let’s dig into 1987’s “The Hidden”, directed by Jack Sholder!

Who knows why some films fall between the cracks? Luckily, technology is so that we can reach into the sewer and pull out mucked-up gems and dust them off, like The Hidden.

A pretty good script, more than suitable creature effects, tons of action and killing, a good eighties soundtrack, and a downright phenomenal cast; this film has a lot going for it.

The gist is an alien creature hops from body to body with the motive of gaining a position of power. Another alien in human form joins the investigation to hunt down the killer who nobody can pin down because of the body swap. 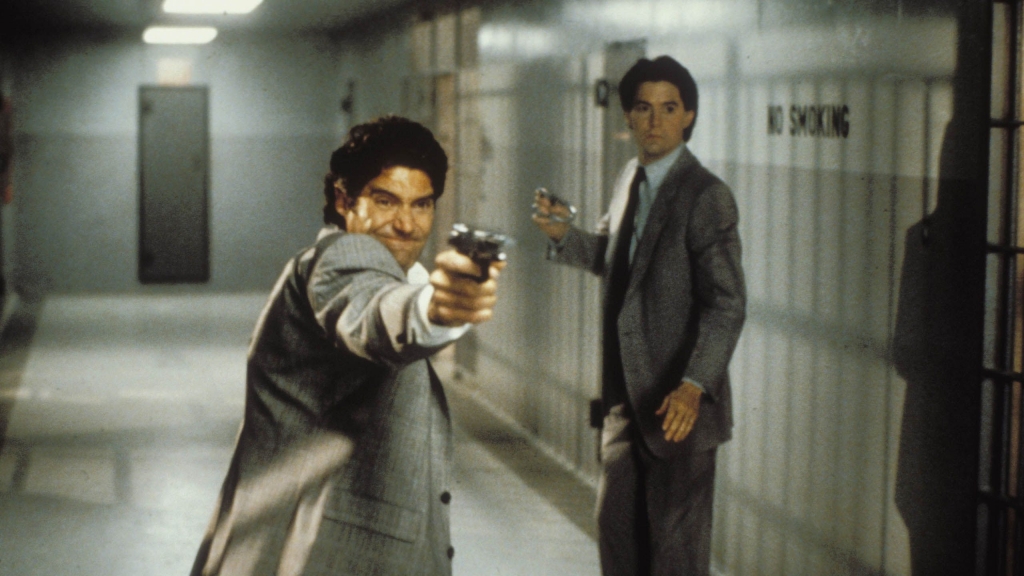 There’s a lot of echoes in this film. Terminator police station scene, a bit of Men in Black with the bumbling human suit-wearing alien bug, and a bit Jason Goes to Hell as the evil moves from host to host.

It’s also ripe with police action and drama, car chases, shootouts, and even has a doppelganger for George C. Scott in William Boyett (Jonathan Miller).

It’s an entertaining and high concept but never trips over itself. 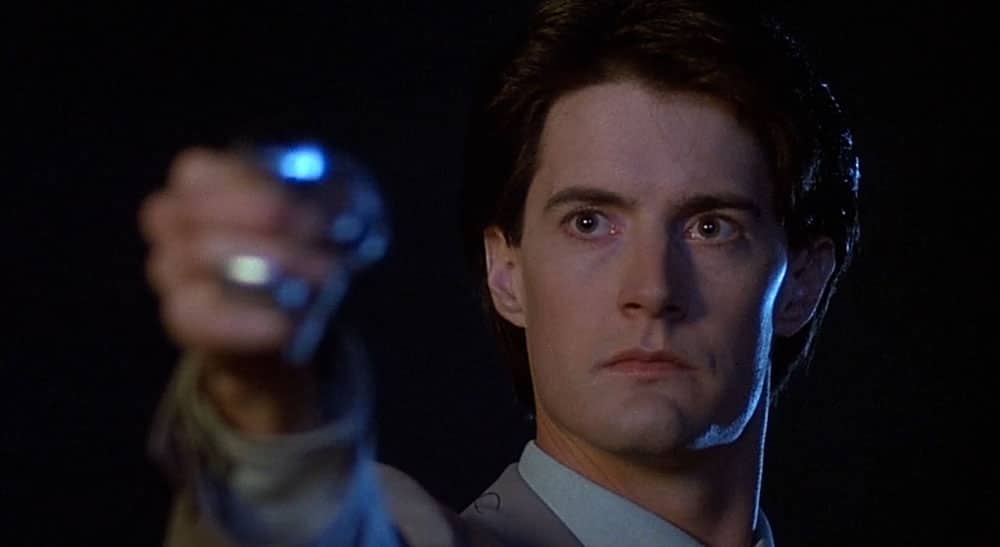 Clu Gulager (Lt. Ed Flynn) starred in my favorite film of all time, Return of the Living Dead as Burt — the owner of Uneeda Medical Supply.

Seasoned actor Jack McGee has a very small role as a concerned bartender and almost always plays cops, firefighters, or bartenders. You may recognize him as Chief Reilly in FX’s Rescue Me which starred Denis Leary.

Duane Davis (Eddie) played a couple of football players in The Program and Beetlejuice, Uno in John Carpenter’s Ghosts of Mars, and had a bit part as a Jock in A Nightmare on Elm Street 4 – The Dream Master.

It was produced by Bob Shaye and New Line, so you know Lin Shaye made her way on screen, albeit in a small bit role (Carol Miller). She’s been in a countless number of genre films, from A Nightmare on Elm Street to the Insidious films, but her defining role for me was as Jeremiah’s strict, holy-roller mother in Detroit Rock City.

The tiniest bit part goes to Danny Trejo who gets blown to bits in his jail cell. 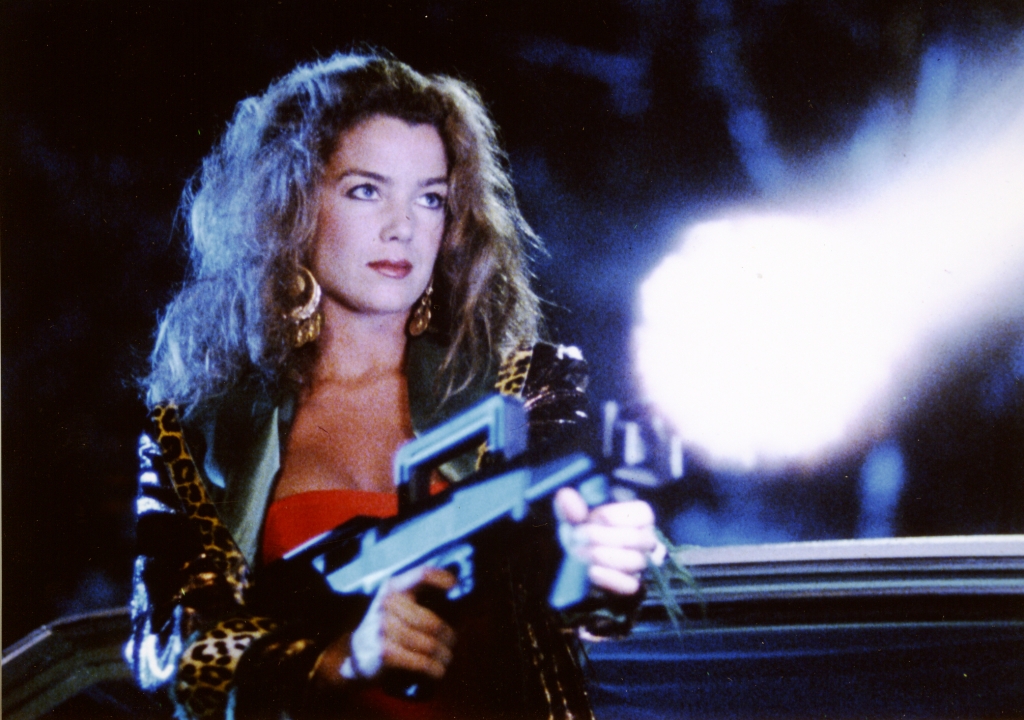 Most of the strip club scene was obstructed view, sans some butts. Perhaps killing off Danny Trejo too quickly would be a gripe for me. For that matter, Claudia Christian didn’t have enough screen time either.

Claudia Christian (Brenda Lee Van Buren) is a Daily Dig alum (Mom 1991), and also stars in Stan Winston’s A Gnome Named Gnorm, which is enough to pull on my heartstrings.

Too many plot points have been used through notable films through the years for me to buy in that another go-around is worth it.

Released by Warner Archive you can easily find it on Amazon. It is also available to rent on Amazon, Google Play, YouTube, and Vudu.