With practical effects from wall to wall, you can forget about quality acting and just place your bets on who survives the night! 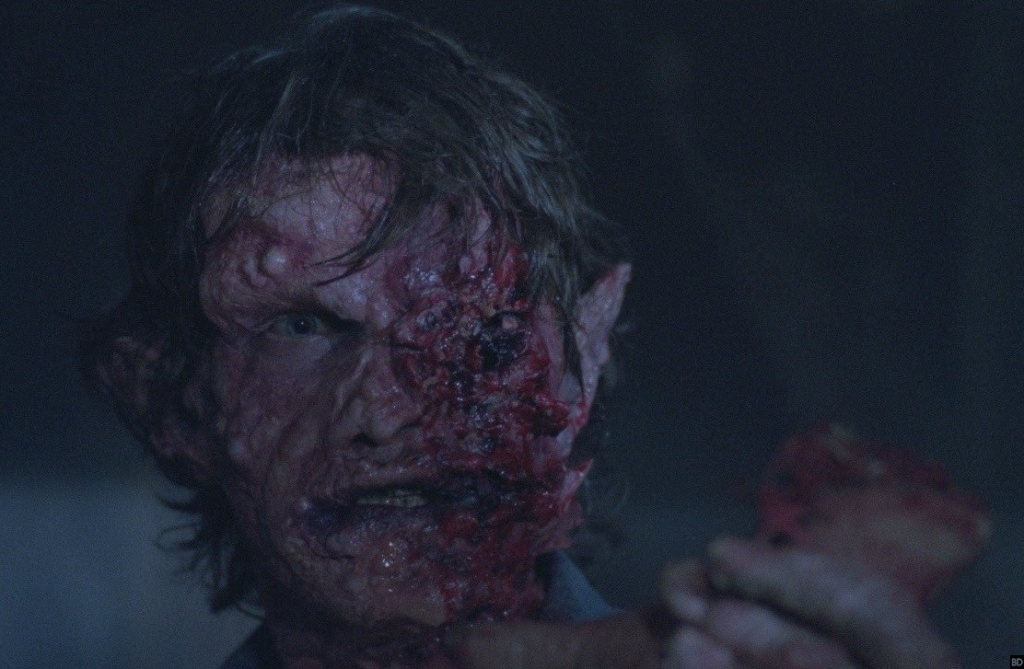 A young man goes to his grandparent’s house to find out how they died and discovers it is overrun by demons. Let’s dig into 1990’s “Demon Wind”, directed by Charles Philip Moore!

I actually really love the look of the film. It’s grimy and slimy. It’s infested with terrible acting and terrible writing, but it is exactly what it needs to be as a late-eighties, contained supernatural horror.

It’s not as effective as, say, From Dusk Til Dawn, but not many in this sub-sub-genre are. The ending is as impotent a finale as I’ve ever seen.

There is some great practical gore and gross-outs. The hooves on the big bad at the end are especially impressive. Using a mysterious fog to keep the kids locked up in the house isn’t very creative but it gets the job done. 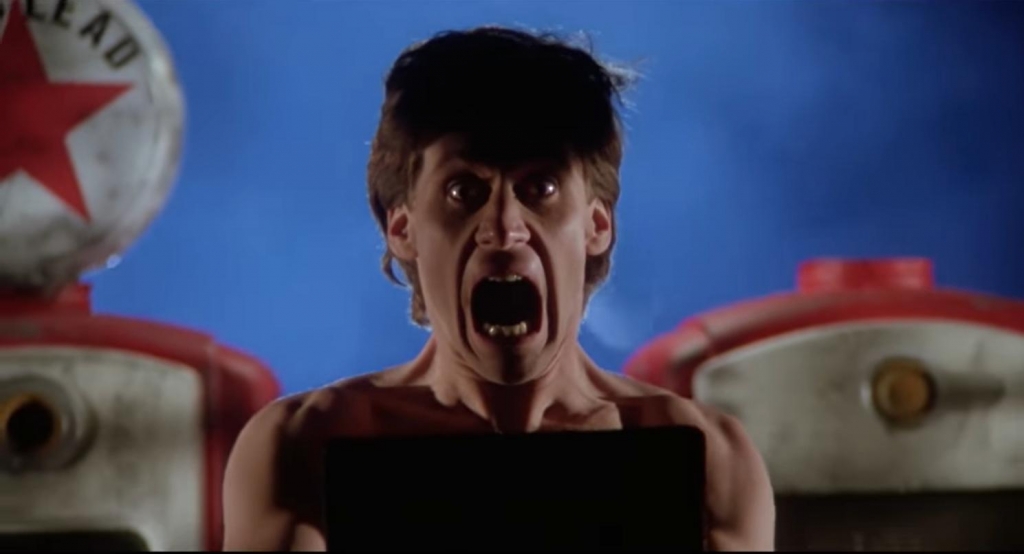 Spewing out the cream of something soup and dropping the tone and pitch of everyone’s voice once they go full Demon is easy and effective. I also can’t recall the last time I saw such a clear, total burn with the stuntman still in costume. I can’t imagine what they had to do to protect them, but I hope they did more than enough.

A little bit of Evil Dead, a tad of Poltergeist, a bunch of Demon Knight — but none of their pizazz.

It does have a very 1980s arcade cabinet art cover though.

You won’t recognize him beneath all the ooze and silicone, but Lou Diamond Phillips (that’s right, La Bamba’s Ritchie Valens himself) played one of the demons.

He wasn’t hard up for cash or anything. He happened to be married to second assistant director Julie Cypher at the time who would famously go directly into a relationship with music star Melissa Ethridge. Ethridge would publicly come out a few years later in groundbreaking fashion — at a political event. 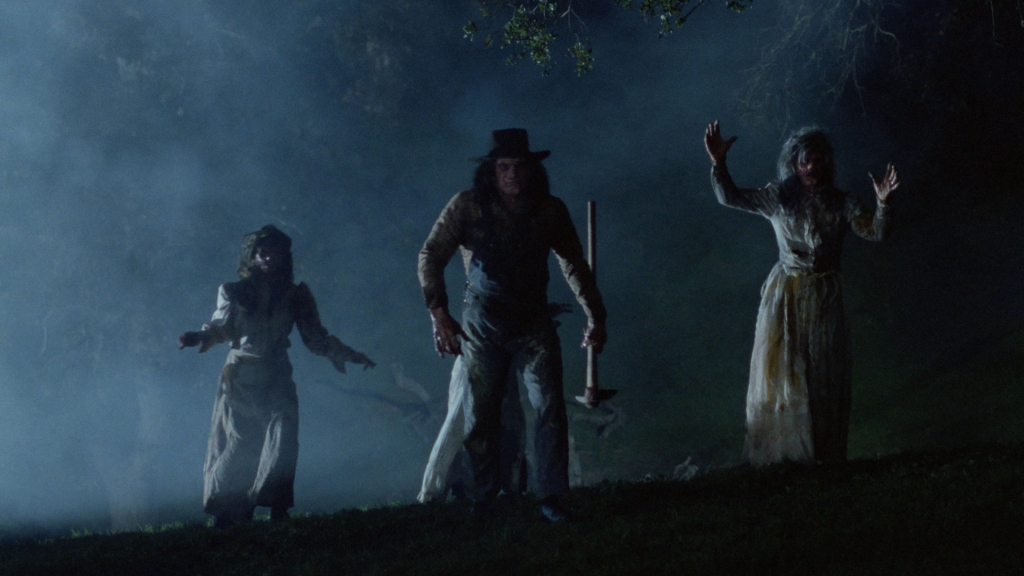 The conclusion had Cory turning into what looked like an extra on Alien Nation. I don’t know who gave that the green light to go in front of the camera but it was not the right choice.

The soundtrack sounded like a guitar-heavy John Carpenter piece. Somewhere between Body Bags and In The Mouth of Madness. That makes it surprising that composer Bruce Wallenstein did only one other film.

Contained horrors can go either way. You can run out of ideas, and it can get really bland like Devil, or you can have a shoot ’em up, bloody romp like Werewolves Within.

The setup was there with a single demon left behind stinger, but nothing ever materialized.

Vinegar Syndrome put out a Blu-Ray and they still have a few left. They also put out, along with Ship to Shore, a cassette tape of the soundtrack. You can stream on Shudder, Tubi, AMC+, and Arrow.