Imagine they made an Addams Family spin-off starring Thing but he was an asshole, and you’d have this film minus the gothic charm. 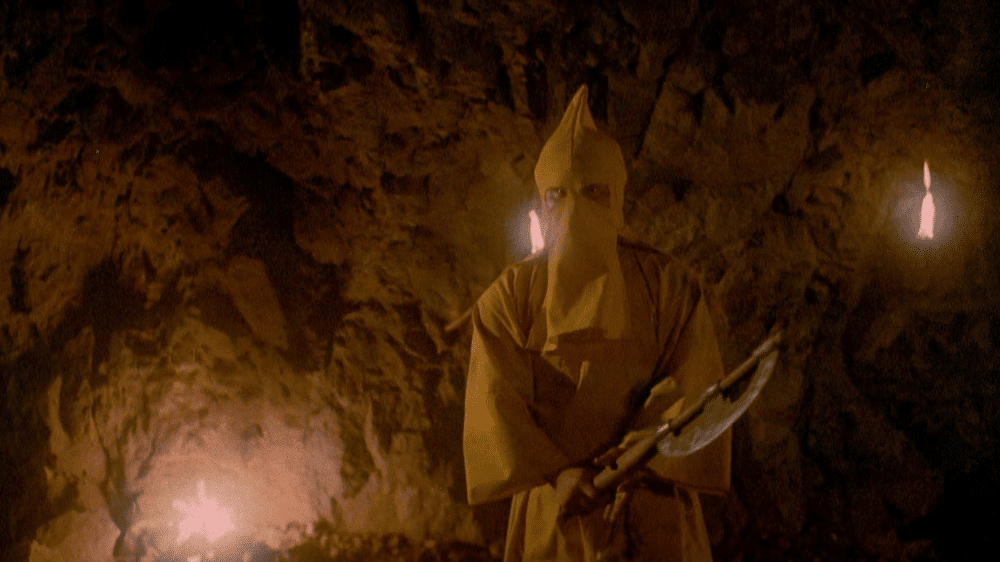 Treasure hunters find a small coffin that contained a hand severed in a satanic rite. They bring the coffin back to their hotel room and it unleashes an ancient evil that kills anyone it can get its hand on and possesses people along the way. Let’s dig into 1981’s “Demonoid”, directed by Alfredo Zacarías!

The opening had promise, though I’m not sure they thought out their ritual robes enough (or maybe they did!) as they were basically yellow KKK garbs. The score was amazing to start, and I had to immediately look up the composer: it was Richard Gillis whose only other feature credit was on The Bees (1978), which was also directed by Zacarías and which I vividly recall late night as a kid on my little 9-inch TV. The score takes an odd turn after the great opening and ends up somewhere in the 70’s Cop Drama zone.

The premise makes little sense, as the victim’s hand is what ends up causing all the horror and torment rather than some somatic appendage of the Devil the ancient tribe worshiped, but I guess I’m not supposed to think that hard on it.

The locations are amazing and really lend to the production value. 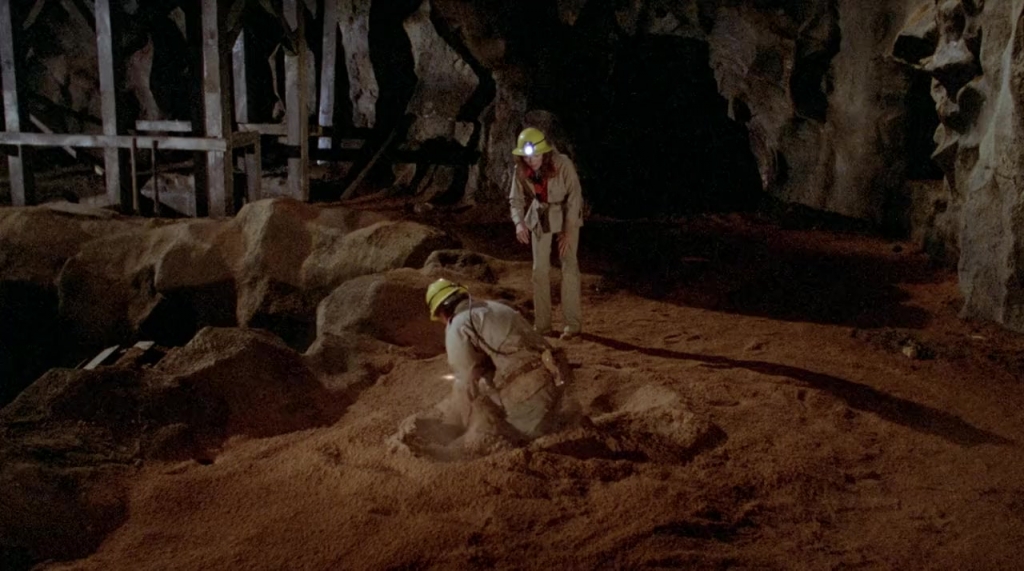 The small, mummified corpses are well crafted and the stop motion rejuvenation of the since decayed hand is choppy but effective. Once the hand is unleashed on the world, by possessing the husband of the couple that excavated it, it takes on a bit of a Jason Goes To Hell scenario – new body, same old evil.

It wins a few games of craps, gets him out of a sticky situation with a casino gangster, and then lights its current body on fire before jumping to the next vessel. The rest of the film is plotted out like a drunk wannabe writer who beats your brain to death with “and then” and run-on sentences.

It ends up possessing a priest who goes full Nirvana on the altar before the hand is burned to ash and spread in the water, only to return inexplicably and make another kill.

Samantha Eggar (Jennifer Baines) starred as Nora in David Cronenberg’s The Brood and was also in Curtains (1983) and Jim Glickenhaus’s The Exterminator (1980) which is queued up for a Dig soon.

Ted White had a bit role as Frankie and is most recognized for his performance under the mask of Jason Vorhees in Friday the 13th – The Final Chapter. 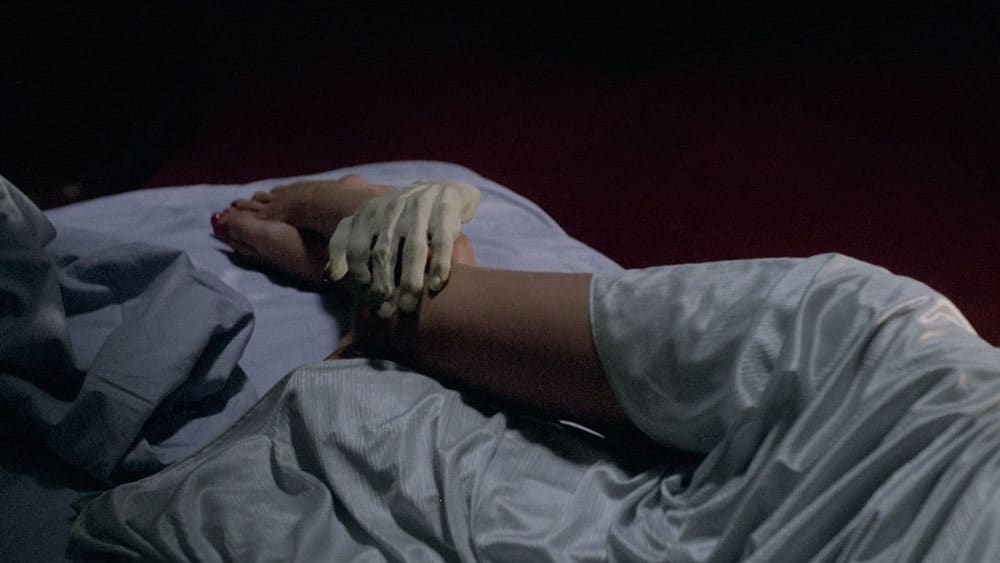 Beyond ripping open the sacrificial Woman’s robe in the open, there isn’t much salaciousness. Maybe it needed a pervy moment from the hand to spice up the film?

I’ll never be able to erase the image of Samantha Eggar in The Brood, but she is a beautiful woman with high talent that was open to all types of genre oddities and that is extremely commendable.

Vinegar Syndrome released a Blu-ray with a limited-edition slipcover which has since sold out, but they do have some copies of the standard edition left. You may also stream from Amazon Prime.