A low-budget kid slasher that features child star Leif Garrett in a sadistic and well-performed role as the leader of murderous children. 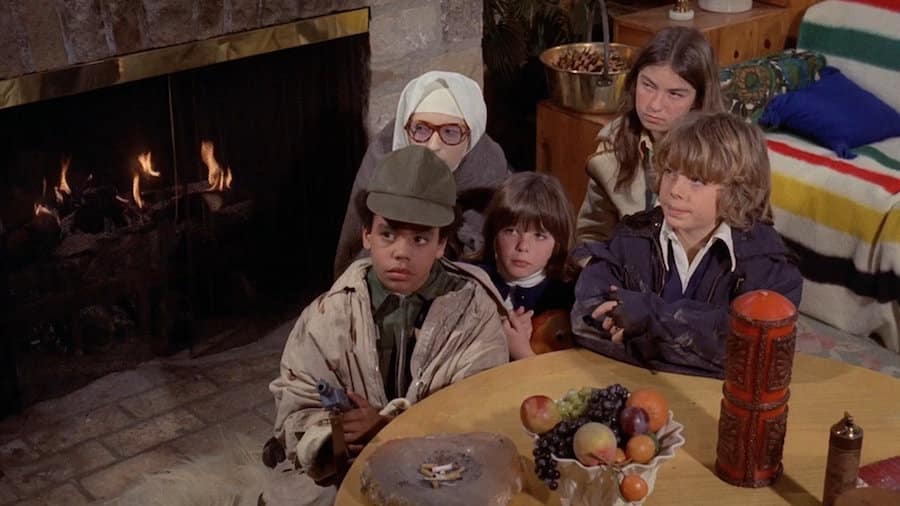 Four children from a psychiatric ward and their chaperone nun survive a crash in the woods and converge on a serene chalet where they start knocking off the wealthy and uppity occupants. Let’s dig into 1974’s “Devil Times Five”, directed by Sean MacGregor and David Sheldon!

Originally named People Toys (neither title is good), it saw release under many titles, none of which helped the final product.

Maybe if I had watched the fresh scan of the film, I would have had a better time, but watching it as if it were filmed through dirty glass was not enjoyable.

To focus on the positive, Leif Garrett is really good in his role. He’s deranged enough to be threatening in spite of his stature. 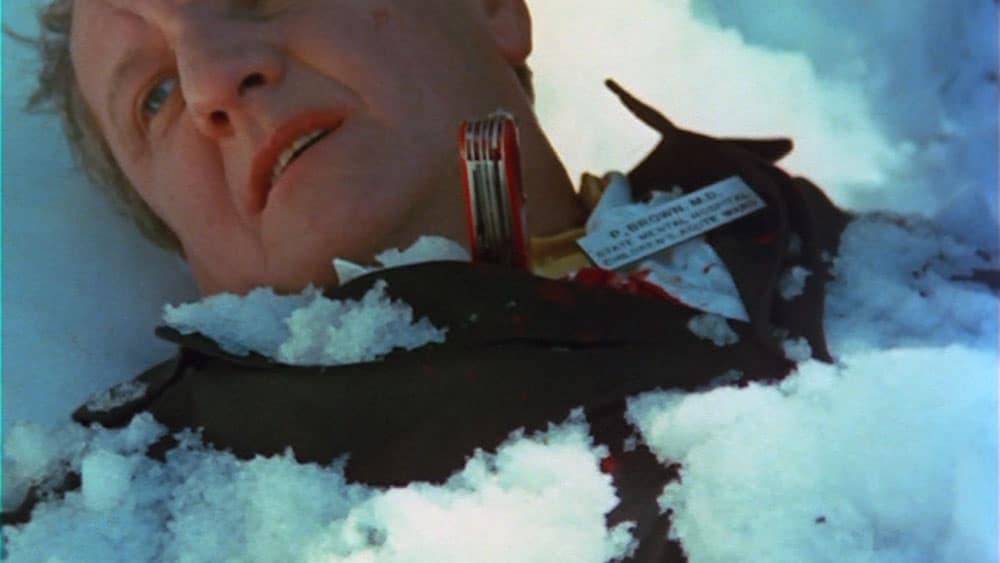 The kill scenes, again on paper, are good.

Using Harvey as an axe holder instead of splitting wood, a spear through the neck, a booby-trapped generator that hung the most likable character — dim-witted Ralph — drowning/being devoured by pet piranhas in a bathtub, a splayed man with all four limbs stuck in bear traps getting his throat slit by a Nun, and immolation.

All top-notch ways to off someone in a slasher film.

Unfortunately, watching it was like eating your favorite sandwich at the beach; there are going to be bites filled with sand.

Leif Garrett stole the hearts of millions of teenagers in the late seventies with his music and then reentered pop culture by baring his struggle with addiction in shows like Celebrity Rehab with Dr. Drew.

Sorrell Booke (Harvey) is best known as Boss Hogg in the Dukes of Hazzard TV series.

It really upped the production value but I can’t justify making a stunt performer do a full burn for a film like this. It gives me anxiety, though I know they’re experts at what they do.

Julie (Joan McCall) and Lovely (Carolyn Stellar) play two sides of the same coin. The blonde; the brunette. The reserved; the promiscuous. They’re both stunning. 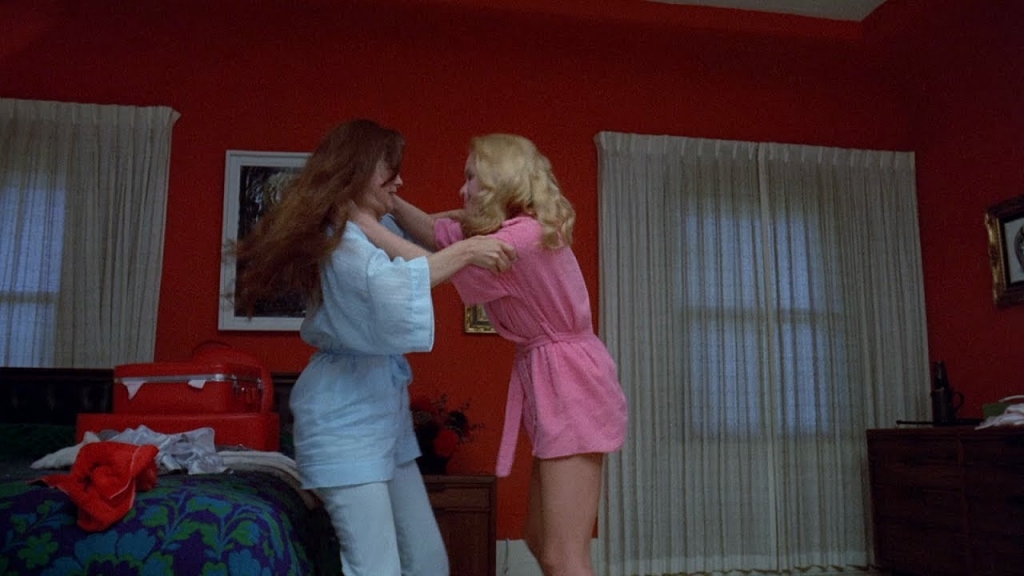 Just like with The Godsend, the unsettling nature of children murderers has been utilized enough that it wouldn’t be shocking. The isolation of the cabin, the naivety of the hoity-toity adults, and the bizarre behavior of the children could be a good template if you have some creativity.

The end of the film left off with a promise of more carnage to come at the hands of the children with a “The Beginning” statement in the credit roll, but the promise was not kept.

Kino Lorber released a Blu-ray version under the title Devil Times Five with a new scan from the original negatives, which I did not have the benefit of watching. Instead I got the pleasure of the low-fi VHS. You can also stream from Tubi and Flix Fling.