Filming in Mexico with English dialogue and using tropes from successful horror franchises must equal success, no? 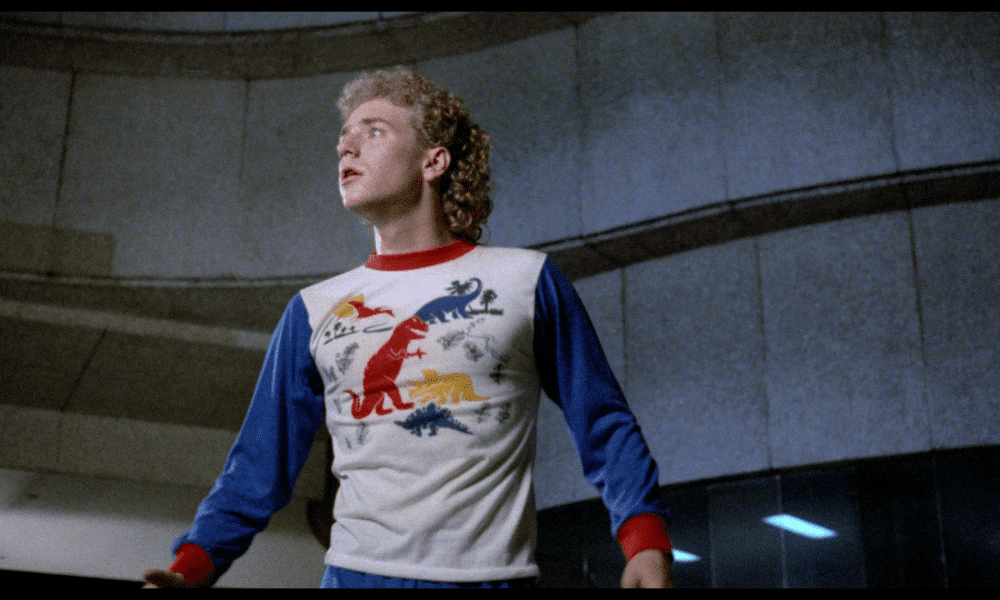 Gifted a Ouija board for his birthday, Michael and his friends have unlocked a demonic spirit and its murderous charge. Let’s dig into 1988’s “Don’t Panic”, directed by Ruben Galindo Jr.

Let’s jump right in and address the star of the show: the dinosaur pajamas. I’m positive I had the same pair as a seven-year-old. Watching Michael run around in them is obscenely comical.

The soap opera performances breach from absurdly cheesy to laughably bad. Our main characters live an entire relationship in a single day. A profession of love, the threat of another guy, and then re-enacting the cover of a romance novel, with a whimsical piano score. The long gaze into each other’s eyes, the open mouth gasp, the slight tug of hair.

A classroom daydream feels too much like A Nightmare on Elm Street, and the “tribute” doesn’t stop there. 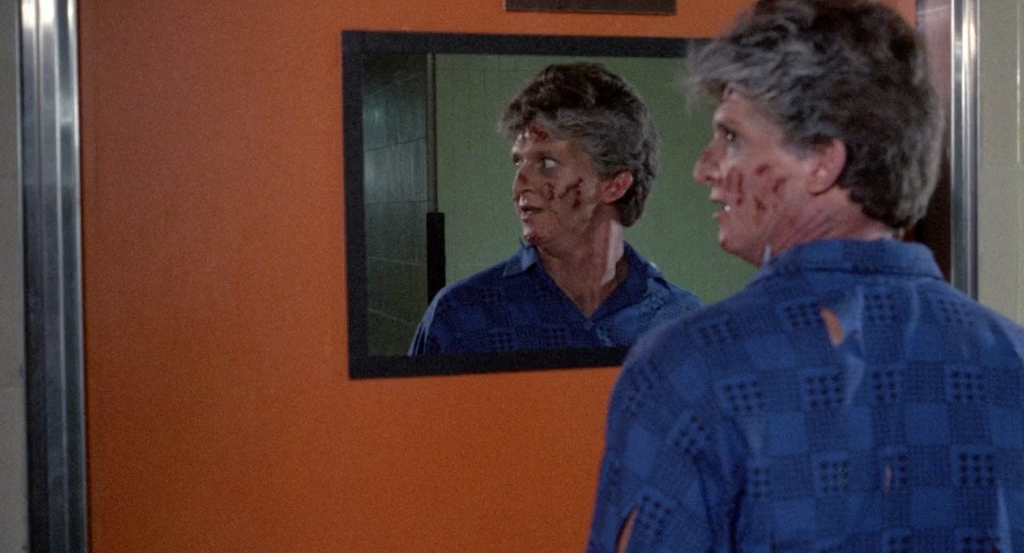 A climax in a boiler room/electrical room? Check. A gravelly-voiced demon, who attempts Freddy like one-liners that fall flat before they’ve even left his putrid tongue (“Time to visit Hell!”). Check, check. Even the makeup resembles a pallid version of ol’ pizza face.

Whether they were trying to bank on the success of genre heavyweights or the Satanic Panic, which was at a fever pitch, there is no full commitment — and it reeks.

I can’t find much excuse for straight-up ripping off elements of other more successful films. It’s not homage; it’s duplication for profit. 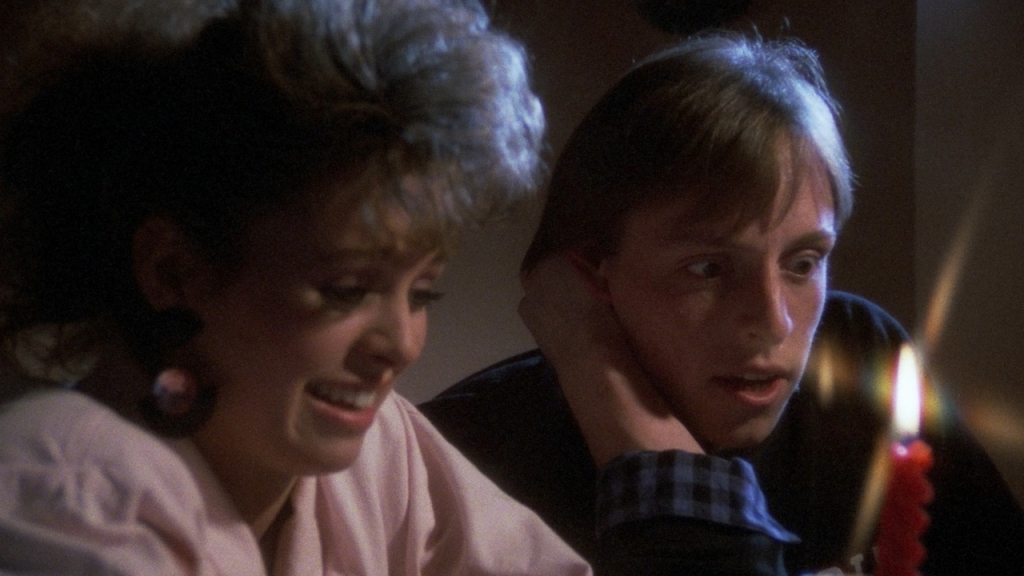 If you’re into blonde Jheri curls and uni-brows, this is the movie for you.

The Ouija board has been a catalyst for many horror films before and after. This would be the bottom of the barrel in terms of quality and therefore not worth regurgitating that which was already derivative.