After a bad first taste, we revisit “The Torture Chamber of Dr. Sadism” to see if the film does more or less to impress on a second viewing 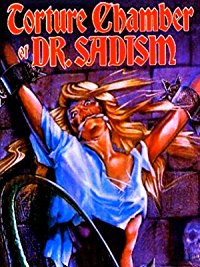 I love horror movies, so I try to watch as many as possible. Every Christmas and birthday, I ask my family for movies, which I usually provide a list for. As of late, though, it’s gotten harder for them to find titles I haven’t seen or don’t already have. This sometimes means getting some pretty amusing DVDs, like my latest gift: The Torture Chamber of Dr. Sadism.

I actually didn’t get around to watching it until about six months later for a variety of reasons: moving to a new apartment, finishing school, job hunting, and generally just not being interested in watching it. Until one day I sat down and confirmed my suspicion that this would be just another run-of-the-mill, gothic 60s horror romp. 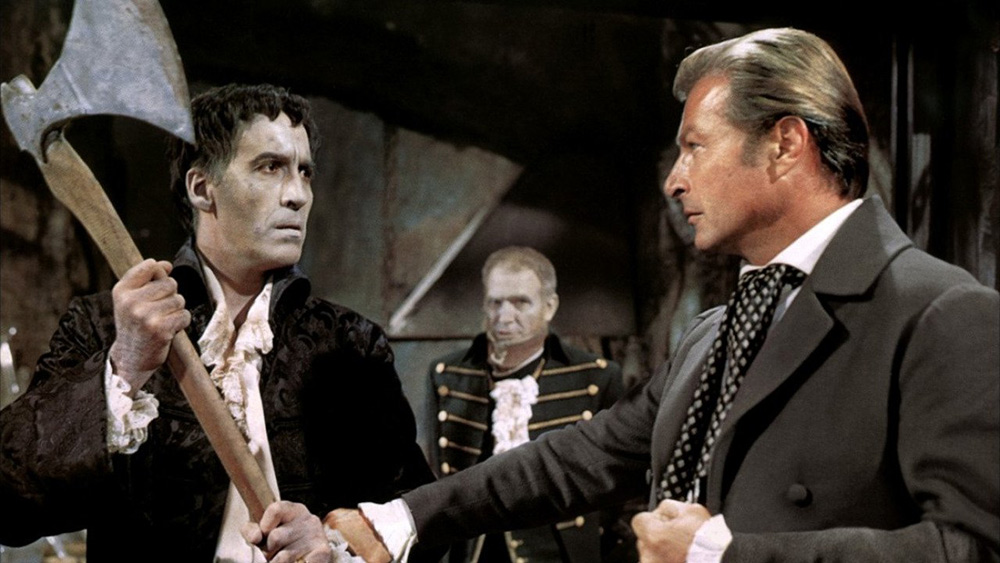 Realizing I’m a bit biased (the 60s isn’t my favorite decade for horror), I decided to give it another chance. And to my surprise, I kind of liked it.

Baroness Lilian von Brabant and Roger Mont Elise are invited to the Blood Castle, which the Baroness is set to inherit. The Baroness’ maid, Babette, and a traveling monk, Fabian, join the pair on their journey to the infamous castle where decades prior, Count Regula murdered a dozen maidens for his dastardly pursuit for immortality. 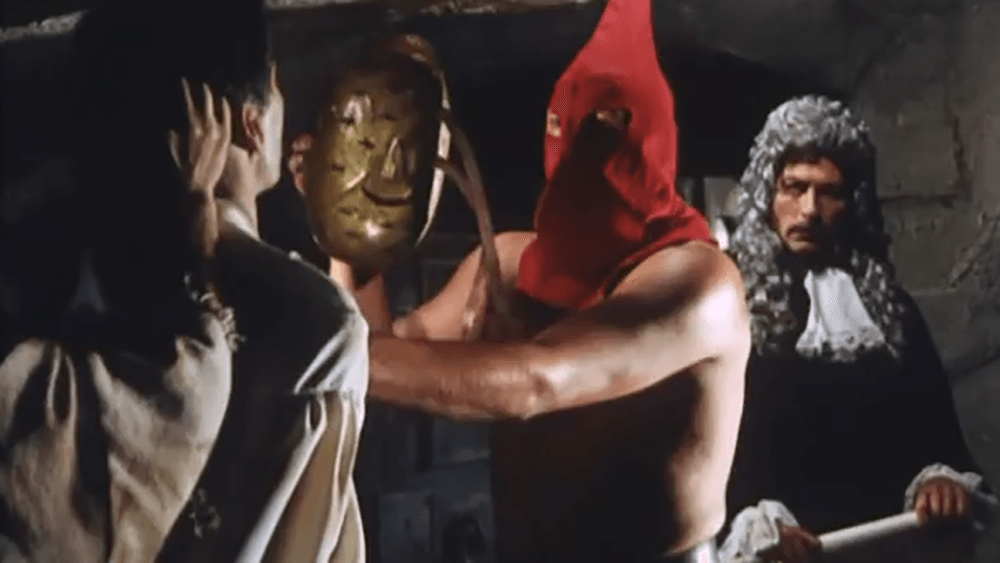 The Count was tortured and killed for his crimes, vowing revenge against his captors who, unbeknownst to them, are relatives of Baroness Lilian and Roger Mont Elise. Together with the maid and monk, they must escape the Blood Castle before the Count can carry out his evil plan.

Most of my problems with this movie revolve around absurd and cliché plot devices.

A man knowing nothing of his past? Check. A cursed castle? Check. A green-blooded servant and some kind of immortal vampire-Count? Check and check. All we need is some nonsensical dialog and no real explanation of how this immortality business is supposed to work (don’t worry, we get all that too). 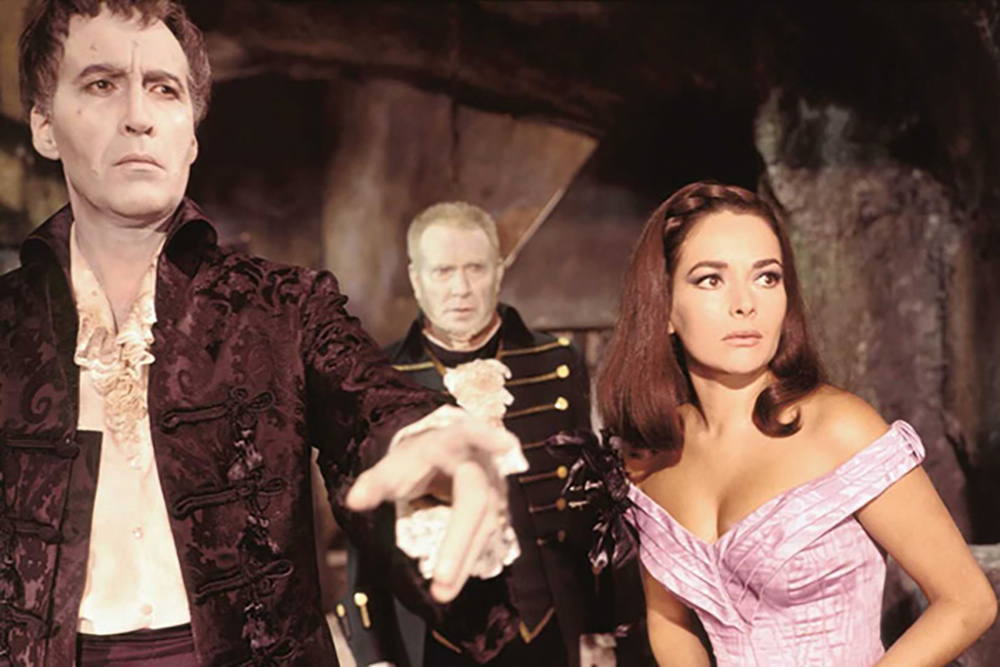 As you watch, you’re bombarded with a baffling mix of doom-and-gloom drumming sounds and elevator music. The weird score doesn’t stop there either. If you look closely, you can see that all of the voices are dubbed over. It makes sense to dub because it’s a German movie, but why dub the characters who are already speaking English?

The things that got to me the most were scenes involving any kind of travel, like walking or carriage rides. The entire 4-minute beginning credit scene is a prisoner being walked through the castle halls to his demise. Four minutes of walking! The Baroness and crew’s carriage ride to the castle isn’t much better; 17 minutes of talking and mildly “spooky” occurrences (notice my use of the word “spooky” and not “scary” or “terrifying”). That’s 20% of the movie just getting to the castle. 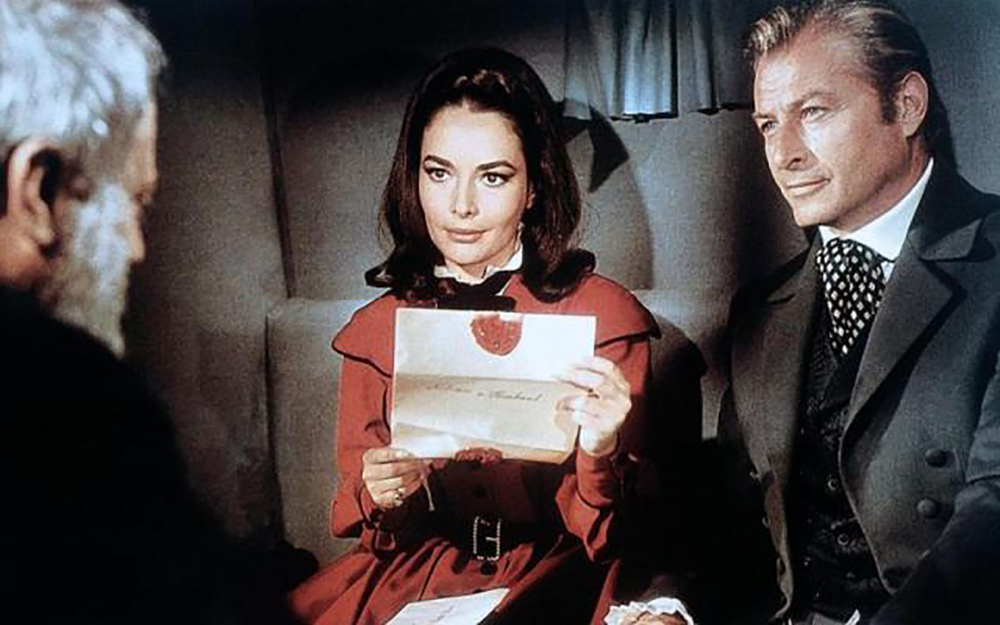 But I did try to look through a different light the second time around, and upon closer inspection, I realized that the scenes I disliked most were absolutely necessary. Walking and talking in hallways or carriage cabins let’s us get to know the characters. Fabian is a monk, but his hilarious quips and tendencies toward drinking and stealing show us he might not be as moral as we think. And while the Baroness and Mont Elise are the typical hero and damsel in distress, I can’t help but root for their escape.

I even bumped up the spook factor from mildly startling to mysterious and eerie. I probably wouldn’t handle riding through a forest of tree corpses as well as these characters did. A hazy dirt road with bodies hanging from bare trees against a dark blue sky is one that sticks in my mind of places I never want to be. Not to mention it looks incredibly real.

The truth is, The Torture Chamber of Dr. Sadism is a Euro-extravaganza! 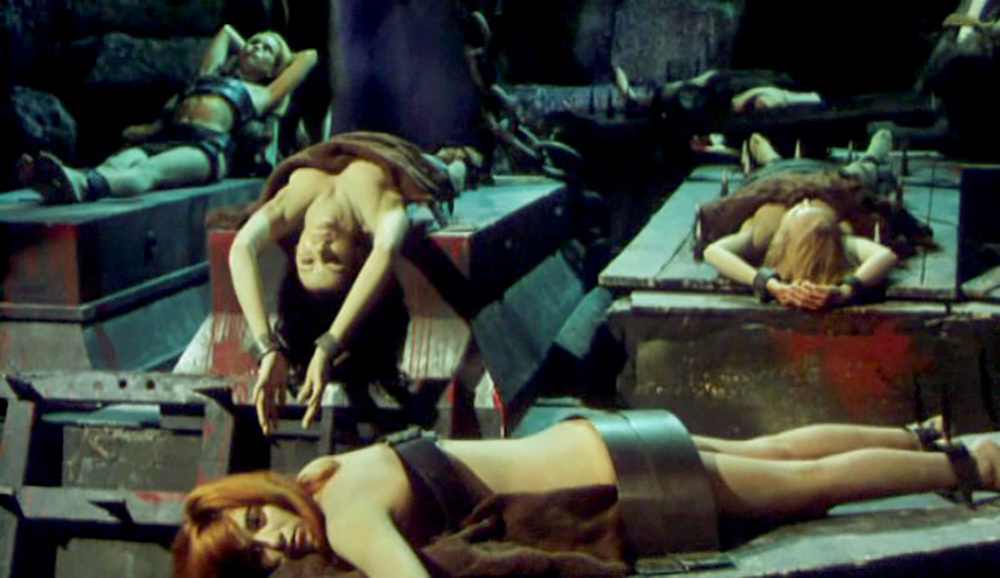 For me, just about all European horror cinema between the 50s and 70s are “so bad it’s good.” Overly dramatic. Convoluted narratives. The whole shebang. The Torture Chamber plays out just as I imagine a theater version would be. It’s fitting, considering this was based off of Edgar Allan Poe’s The Pit and the Pendulum.

Sensational smoke and fog effects fill the rooms of the chamber giving a claustrophobic feel, despite the open spaces and numerous hallways. And even though Count Regula’s method to immortality makes little sense, I’m too captivated by their performances that I can forgive them.

It’s no Night of the Living Dead or Psycho by any means, but The Torture Chamber of Dr. Sadism is a gem in its own right. 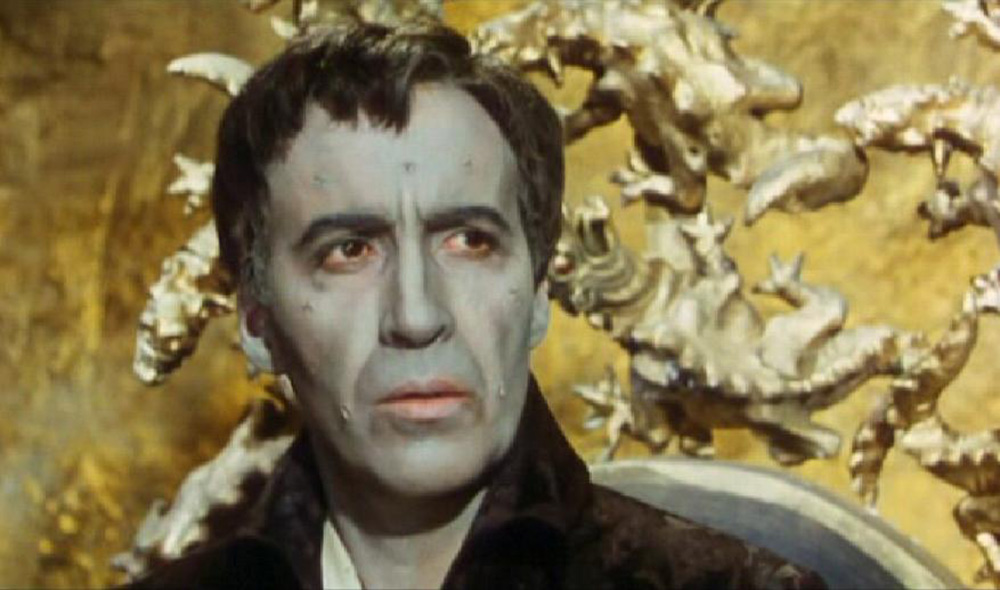 At first glance, it comes off as a hastily-made movie with questionable writing strewn about in hopes it’ll all fit together. But what we really get is much more: Christopher Lee graces the screen with a swagger that only Christopher Lee has, set designs meander in winding passages comparable to “The Shining”, and effects actually come off pretty well considering the decade and budget.

If Euro-horror is your thing, definitely see this. If it’s not, give it a try anyway! At the very least, you’ll get a few laughs from the perfect “bad movie night” movie.