Filled with brilliant imagery, dark symbolism, and a Kubrick-like detail, this is Richard Stanley’s most beautifully realized film. 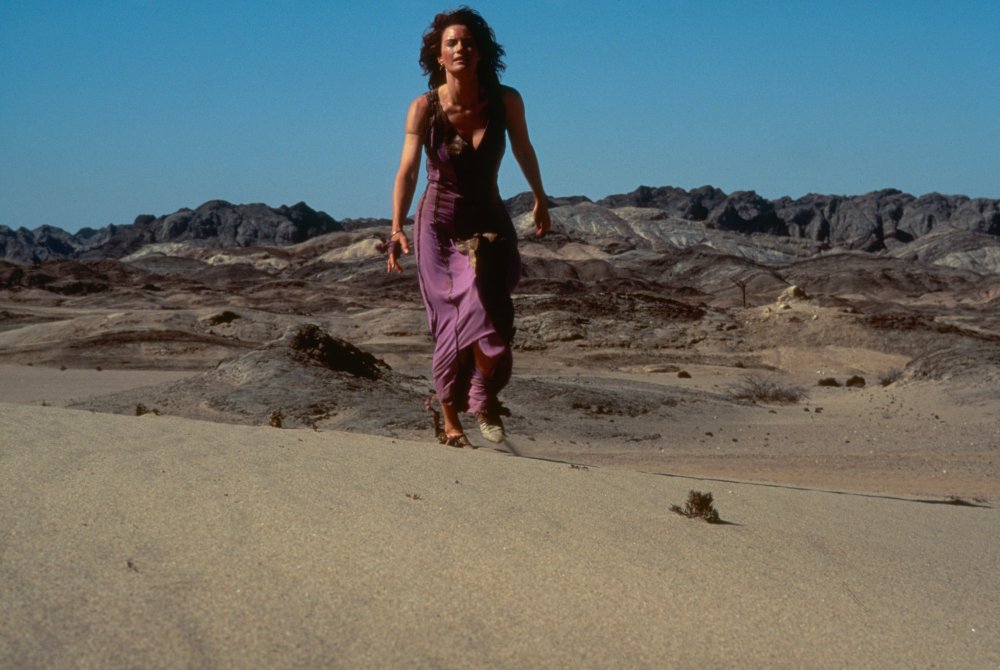 A Woman escaping an abusive marriage encounters a shape-shifting entity in Nimibia and struggles to stay alive under the threat of evil and her own self-loathing. Let’s dig into 1992’s “Dust Devil”, directed by Richard Stanley!

I am a Richard Stanley fan, but even with that fact, I must confess the Dr. Moreau fiasco tainted the waters of his perception. I’m elated that he stepped back behind a proper camera recently with the Lovecraft story Color Out of Space (starring Nicolas Cage).

Dust Devil is a reminder of what a singular talent genre fans have been robbed of while he was on hiatus.

He pays attention to every minute detail — from the dressing of the background set to sound design — and uses every tool he can to attack your senses available to him (think the carefully placed whale noises).

Based in South African lore, Stanley gives us every bit of information we need as outsiders to ingest the tale of this demonic hitchhiker and his mission for ethereal power. Using grotesque props (skinned face, fetal specimens, etc.), the threat isn’t just some menacing strong wind but a man who fucks and kills like the carnal beasts men are. It’s brutal.

The dialogue is poetic and leaves little fat on the bone. The music is excellent with exceptional spots being the placement of the Hank Williams song “Ramblin Man” as well as the closing theme. Even the ending, which could be called cliche, is done with an artist’s eye.

Watching this got me really excited for more Richard Stanley films. I highly recommend seeking this one out.

Robert John Burke (Dust Devil) is most recognizable from Stephen King’s Thinner, and also took over for Peter Weller in the titular role for the much-maligned Robocop 3.

Besides playing Teela in the live-action He-Man film, Masters of the Universe, Chelsea Field (Wendy) popped up in an earlier Dig: Death Spa.

Zakes Mokae (Ben Mukurob) featured in Wes Craven’s The Serpent and the Rainbow, as well as that film that everyone rushed to watch last March, Outbreak. 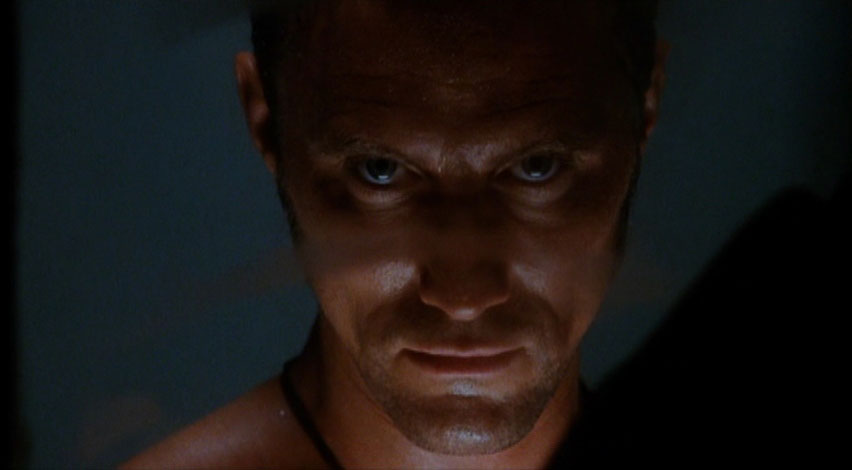 Only if Stanley’s vision was never fully realized would I say another go is warranted. Otherwise, leave it alone.

Dust Devil is available to rent on Amazon, Apple, and Vudu. There is also a hard-to-track-down Blu-ray release as well as a limited edition version.