The most wretched thing to come out of Massachusetts since the Salem “Witch” massacre, this deserves rotting fruit thrown at the screen. 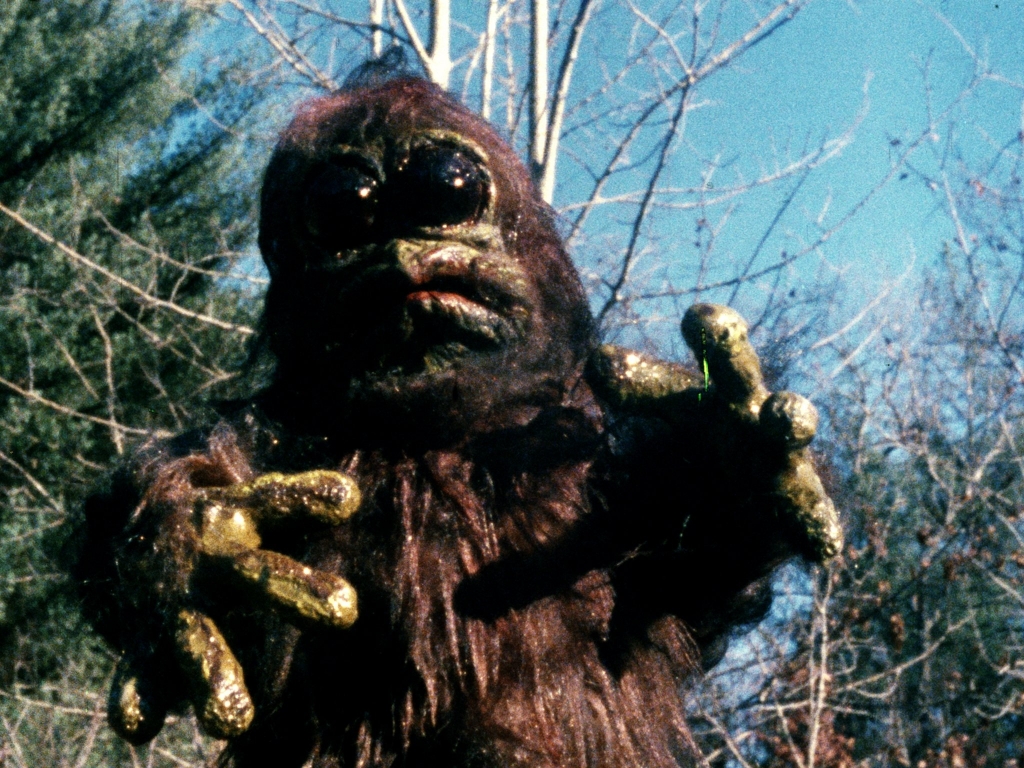 An indigenous curse is suspected to be the cause of murders occurring around a mountain lodge. Let’s dig into 1992’s “Winterbeast”, directed by Christopher Thies!

Right from the start, I knew this was going to be a stinker, in a good way.

Started in 1986, shot in 1989 (reportedly in two days), and released in 1992, we jump right into the practical gore that made the eighties so charming — though it completely lacks context and is revealed to be a dream (or not?).

I couldn’t find a plot even by the end of the film.

If you can’t suffer out-of-sync audio, this film might drive you mad. And in that regard, it may be truly horror-filled because, not only is it out of sync, but the levels are bananas. It’s a dynamic nightmare.

A mix of stop motion/claymation which was unique for the era seems like an insult at the moment, with the master Phil Tippet’s “magnum opus” Mad God set to be released this month on Shudder. 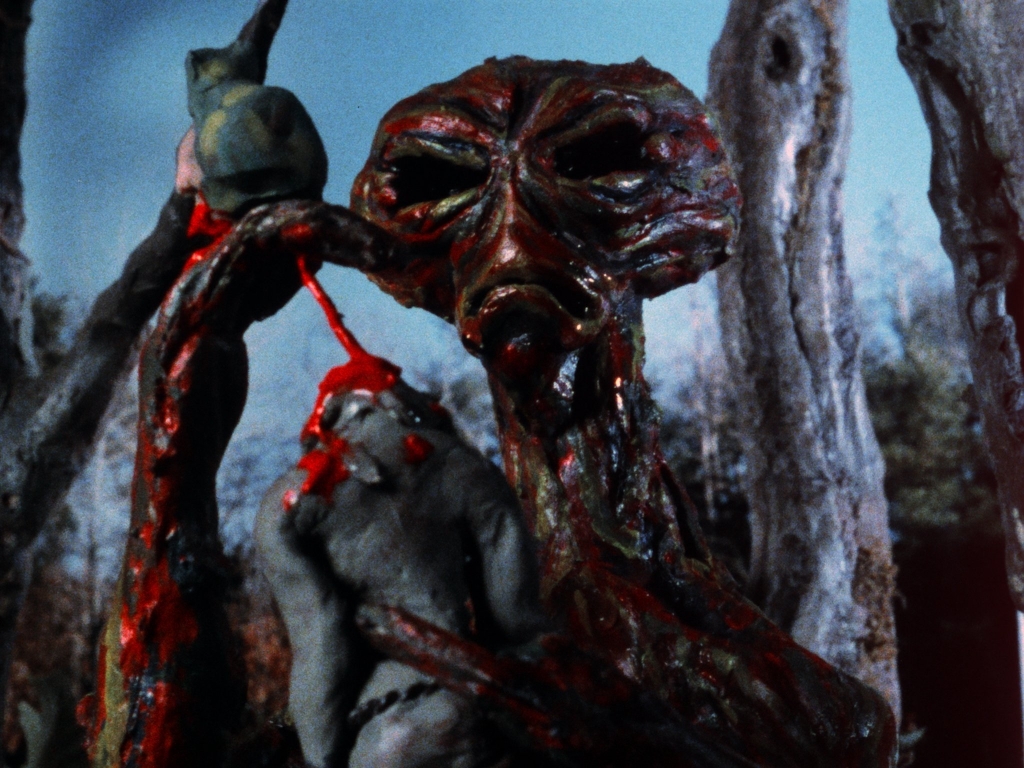 The clay monsters are ludicrous.

Some are nebulous creatures, some seem rooted in some sort of mythology, some are dinosaurs, one is a vulture, and then there are a couple of real humans under makeup. It’s a shit show and deserves all your vitriol and jeers. That said, there’s something fun about nonsense like this that only this genre can forgive.

The evil-looking fuck with the chin that could make Bruce Campbell blush seems to be the bad guy in the movie, but I can’t seem to figure that out either.

I’m still trying to figure out why it was called Winterbeast; they seemed to film during all seasons except winter.

The requisite screaming, topless girl being accosted by a claymation creature did not disappoint. 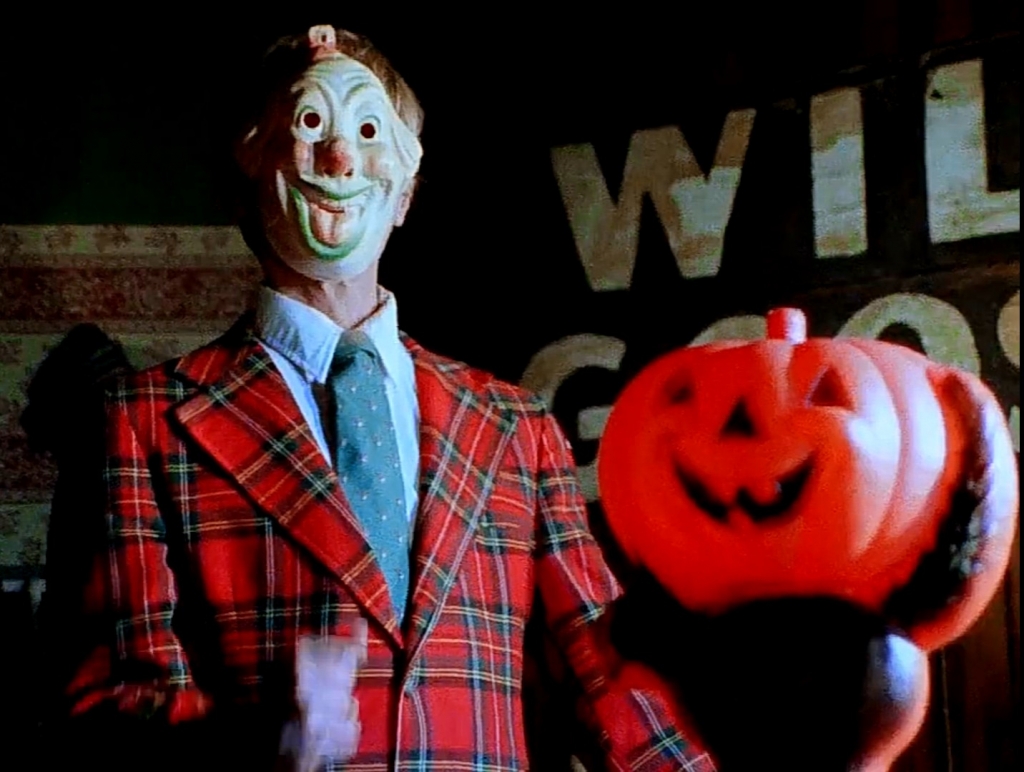 I actually liked the Devil’s makeup. It had a real eighties haunt vibe, and putting him on stilts was a nice touch.

There have been more than enough stories that are too cavalier with indigenous curses, without giving due diligence to some research to make them based on anything but stereotypes. We don’t need more of that.

Released as part of Vinegar Syndrome’s Homegrown Horrors Volume 1 Blu Ray along with Beyond Dreams Door, and Fatal Exam. It’s also streaming on Shudder and AMC+.