“Evilspeak” is worth a watch for the bloody ending alone, but don’t expect a coherent story or state-of-the-art effects.

A bullied military academy cadet employs computer technology to summon the evil of an ancient satanic cult leader to get revenge on those who make his life miserable. Let’s dig into 1981’s “Evilspeak”, directed by Eric Weston!

Don’t let a jumble of exposition detract you from getting to the epic climax.

Try to excuse the worst-looking beheading ever committed to film. Revel in the choice of employing the normally featured actor Clint Howard as the star of the show (though they didn’t show him enough respect to finance the toupee they wanted him to wear). There is a lot of bad and boring to fight against to get through this film, but it was all worth it for the bananas ending.

Featuring a really cool score with creepy chants that support the hell out of the heavy gore scenes, there is a heavy lean on computer technology of the time. A legit Apple II serves as the medium between the subjugated Stanley Coopersmith (Howard) and the ancient satanic death cult from the opening. 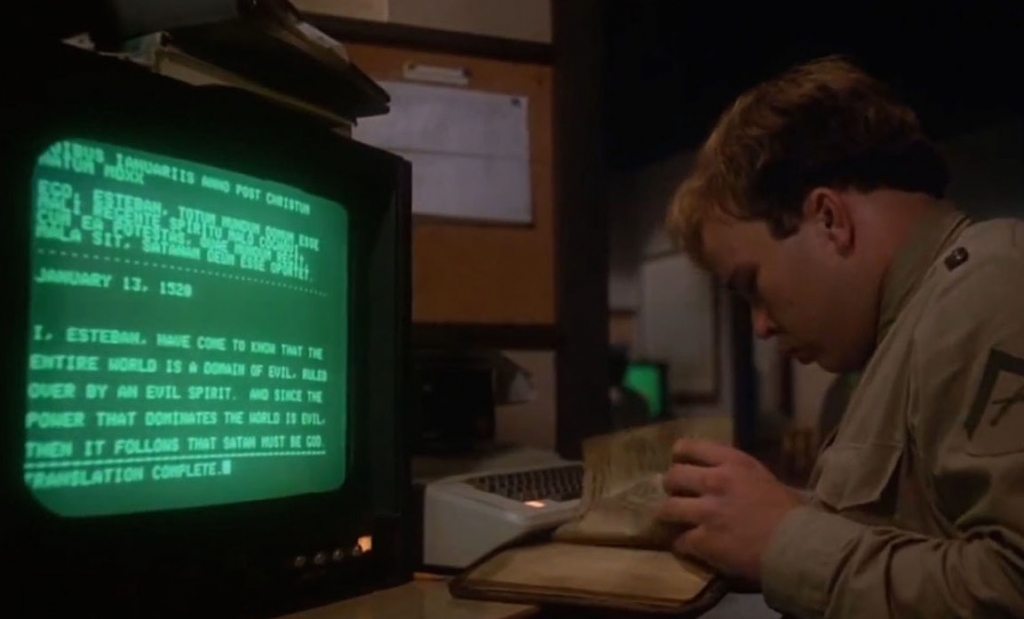 There’s no attempt to imagine graphics, minus some rad neon pentagram that reminds me of the cover of a Perturbator album, so all the advanced tech plays out in plain, green text.

The closing sequence (post-climax) makes as little sense as including a Khalil Gibran quote in the opening of a film such as this. Not the worst thing you can watch.

Clint Howard is becoming a Dig regular at this point. Ice Cream Man, Ticks, now this… if a Dig hall of fame were to be crowned, he’s making a push for induction.

Richard Moll (Esteban) is most notable as Bull from Night Court.

R.G. Armstrong (Sarge) is another Predator alum (General Phillips), following up Nomads director John McTiernan. He also had a recurring role in the Friday the 13th series.

Don Stark (Bubba the bully) was recognizable but I couldn’t put my finger on from where until I searched his filmography and realized he played Bob Pinciotti in That 70’s Show, the father of Laura Prepon’s character Donna. 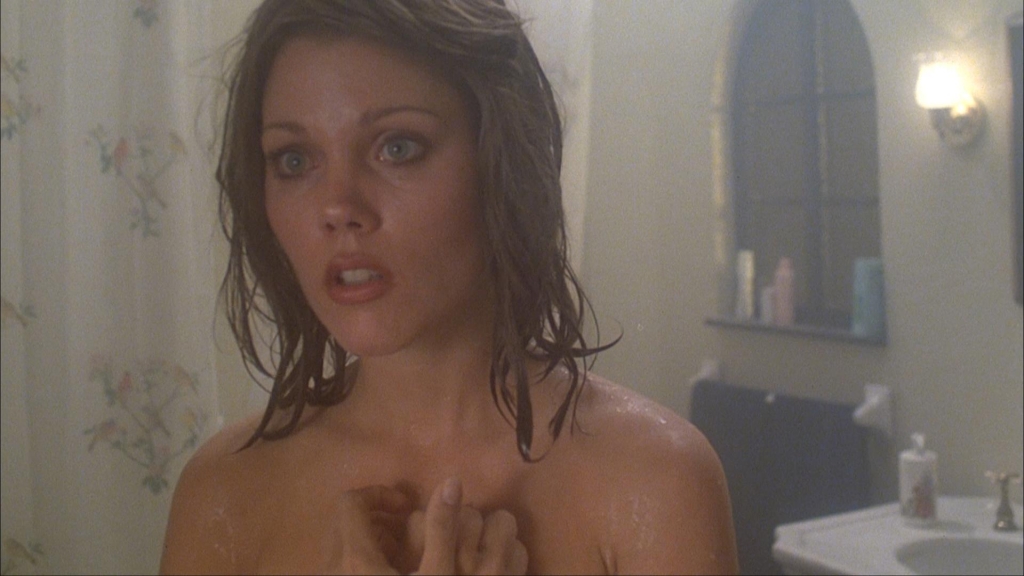 Though she finds her way into the next section, Miss Friedemeyer’s shower scene is intentionally gratuitous. She performs as if she’s undressing for someone (us, I suppose) and then showers with the curtain open until literal pigs eat her alive in the tub.

There was no doubt that Lynn Hancock (Miss Friedemeyer) was a very intentional character and wardrobe choice. Playing up that hot for teacher (or secretary) look with the tight bun and thick rimmed glasses, once she disrobes the contrast is supposed to make your jaw drop, but there was never any illusion, despite the attempted ruse of the costume.

A large part of the charm of the movie is the dated tech and that is something you can’t recreate.

Though he vowed to return, Stanley Coopersmith’s story died before it could boot back up.

Shout Factory released a since sold out Blu-ray, and the secondary market will break the bank, unless you go for a lower quality archaic DVD. You can stream it on Shudder or AMC.