In Carrion, you play as a terrifying viscera amalgamation tearing its way through victims in search of freedom. It is violent and gory, but is that enough? 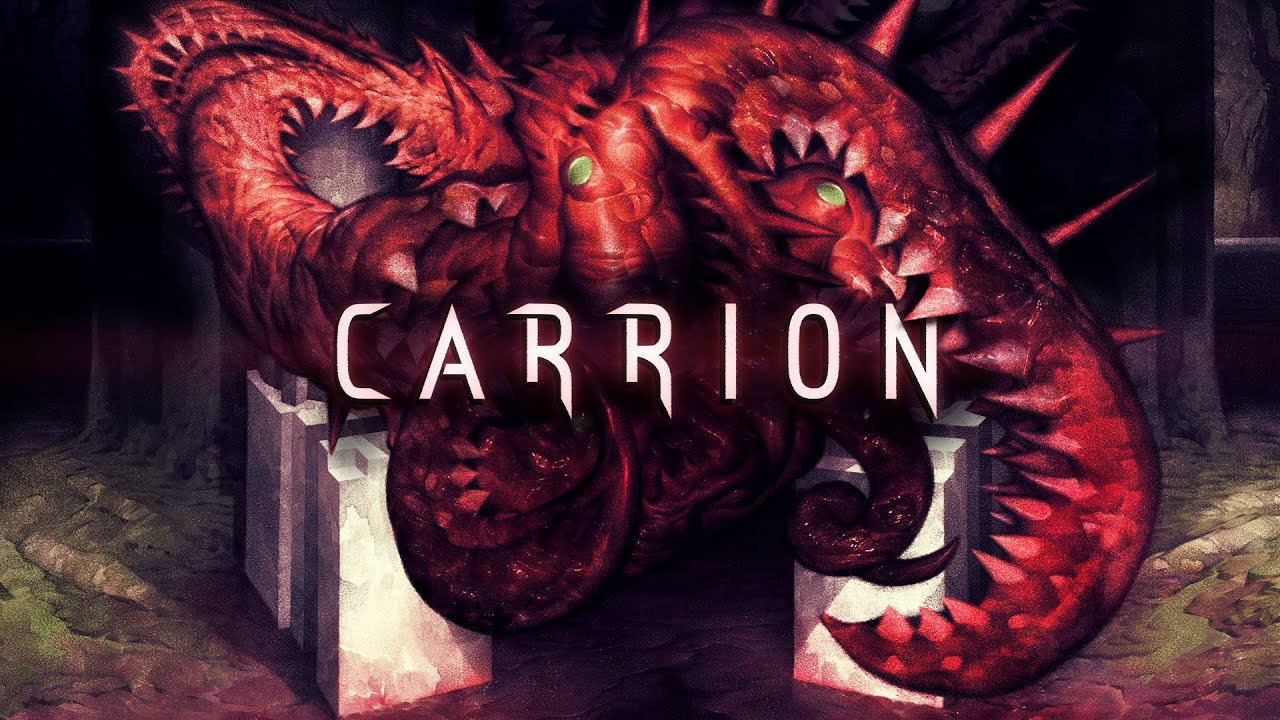 After years of running away in video games, we finally get the chance to be the monster.

You play as ‘the Organism’, starting the game trapped inside a poorly secured containment unit. Unfortunately for everyone else, you manage to escape. On first impression, the game absolutely nails the feeling of being a monster — in the vein of The Thing or Alien. The design of the Organism is a perfect blend of incompressible and memorable. Your flesh tentacles writhe and wriggle as you move around. Sharp teeth suddenly appear when some unlucky person gets slowly dragged towards you. Eyes stare out cold and menacingly into your victim’s soul.

Once you are free, the game wastes no time placing you in a room with several unarmed and terrified scientists for you to go ballistic on. The sound design is top notch, with every ambient noise adding to the experience. The satisfying ‘whoosh’ sounds of your tentacles make as you move. The heavy crunch as you consume your victims, and the soundtrack being fairly lowkey, mimicking the clangs and drones of a busy lab. Occasionally, it will ramp up as the humans start to fight back.

The aesthetics of Carrion are fantastic, following through on the premise of being the horror that goes bump in the night.

Off the bat, it appears Carrion wants to be an action game with an emphasis on exploring (like Metroid). You pick up a variety of powers throughout your massacre that have exploration and combat purposes. They range from invisibility to being able to take control of your enemies (a personal favorite of mine).

The game is at its best when it throws you into a playpen of soldiers and ED-209s and leaves you to find the best combination of abilities and stealth to clear out the room. Despite your ability to tear through everyone, you are still vulnerable to bullets and fire. It was these moments where I had the most fun with the game — slowly sliding through grates around the room and talking my prey, then eliminating everyone one by one.

It’s the moments between these encounters, however, that the problems begin. 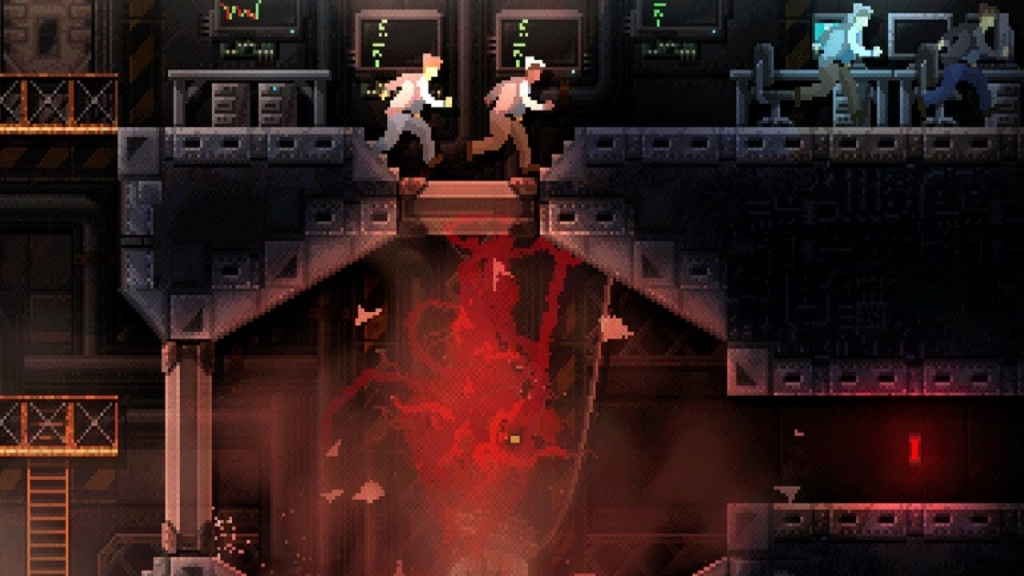 Fleeing humans act as a great source of nutrition, granting you health when eaten.

The exploration is easily the worst part of the experience.

The entire game is one large map, but certain areas are blocked off until you gain a specific power to progress, such as the invisibility power I mentioned earlier to get past sensors, or a ram attack that destroys wooden planks. The incentive then is to go back to these areas once you have some unlocks. This is especially useful as you can gain new abilities to make your rampage easier (extra life or another tentacle to attack enemies).

Exploration is difficult because you are constantly disorientated. Taking place in a completely 2D space doesn’t help. But the main issue is that, since you are often sliding through vents, holes, and crevices, there is no easy way to keep track of where you are.

I understand, a killer lump of blended tomatoes from space wouldn’t have the means to access a map of a top-secret underground lab. It would really help though, as there are few distinguishable locations to make reference of. Exploration becomes a chore, as I often found myself in a loop hoping one of these exits will bring to progress.

The odd thing is that the game is mostly linear. 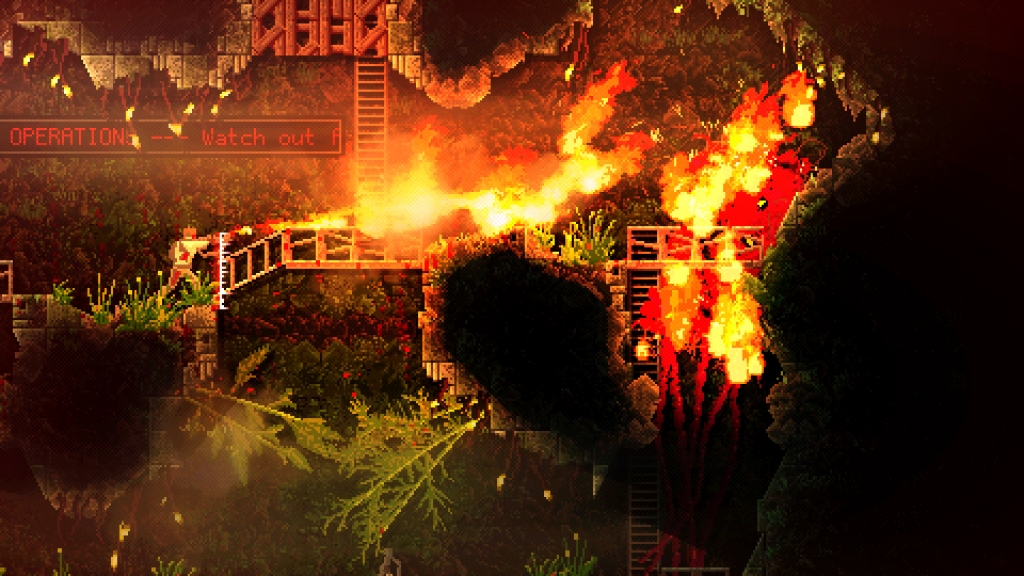 If you aren’t careful the humans can take you out quickly.

It likes to flirt with exploration, but it doesn’t add anything. It is too shallow to be rewarding in any way.

There are also some light puzzle elements, but these also half-baked. You are given a variety of abilities, but these abilities are locked to your mass (how much health you have). There are three stages, and each one has its own set of abilities. The invisibility I mentioned is locked to the lowest mass state (when you are at your weakest). This will lead to the frustratingly common scenario where you are at max health but cannot progress because of a sensor.

The ‘puzzle’ is then to go and find somewhere to deposit your excess mass. Usually this means going back one room. There is no critical thinking; it’s just some pointless busy work. This was most likely done so that you would be vulnerable for some encounters and try out all the abilities. It doesn’t work and just feels like a contrived way to keep a sense of challenge.

This game captures the tone and theme perfectly. When I was allowed to let loose, I understood why a monster would do this. But it’s everything between those rooms that drags the game down. Even then the combat itself can is shallow as you don’t always have access to all your abilities.

Thankfully, this is a game that knows not too overstay its welcome, and I recommend it for casual gameplay if the premise appeals to you.