A classic example of the cover art being the best part of the movie, this “ghost story” lacks both horror and ghosts! 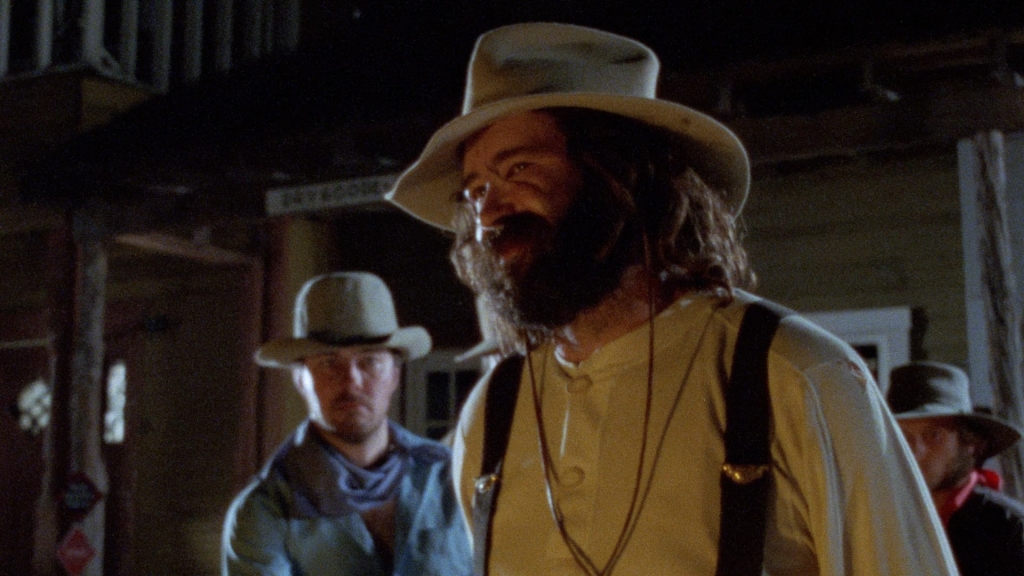 A band of outlaws is hanged in the 1800s and come back in the nineteen eighties to exact revenge on the ancestors of their executors. Let’s dig into 1987’s “Ghost Riders”, directed by Alan Stewart!

The burden of making a horror movie is you actually have to make it horror! At least some element of horror would do.

A tired ghost story in premise — an outlaw and his crew are hanged for their crimes and decide to come back to torment the family of their judge — you would think something, anything would be done to make them look otherworldly. No. They did nothing.

The audio is the worst I have ever heard on a Blu-Ray.

There is some really great footage of a spider wrapping its dinner, which makes no sense in the context of the film. 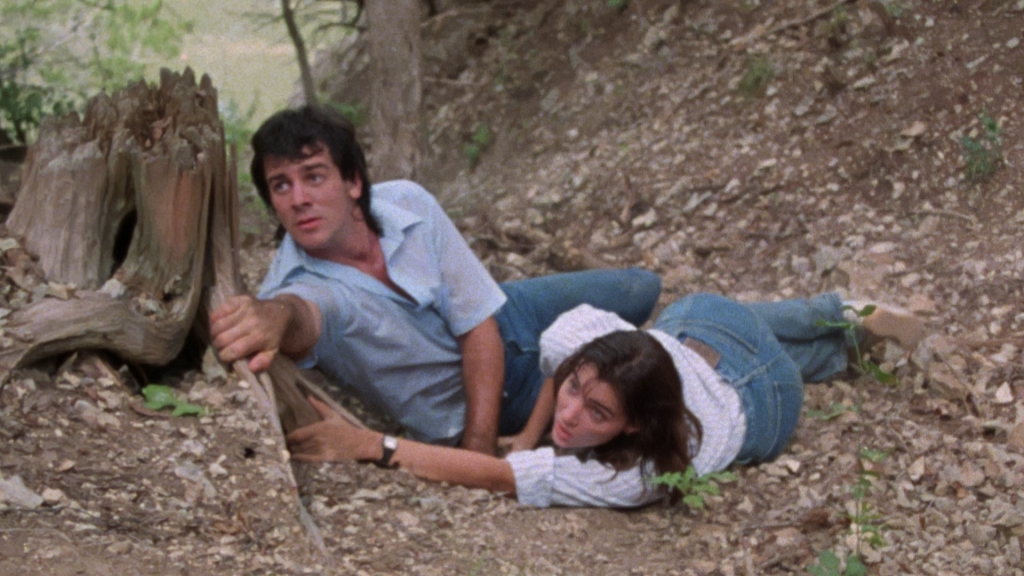 There is no big metaphor hidden there. The requisite eighties trope “I’ve got to get the girl” tows the B-story and steers it very clear of profundity.

This pseudo-western nonhorror also features the most laughable fake driving scene in history. They built a shell of the truck cab and had the actor standing inside of it and then rocked the hell out of it. The actor shakes at a different speed and you can clearly see he is standing.

There is nothing scary here, except maybe the old rebel’s lazy eye.

A cast that was made up of stunt performers, camera operators, and one-time-only actors. If you recognize someone, you have a more prolific mental library than I do.

It takes forty-five whole minutes for the “ghosts” to make an appearance. I put ghosts in quotes because there is absolutely no attempt to make them look like anything besides civil war cosplayers. I’m not sure how this was allowed to be classified as horror, besides the word Ghost being in the title and the cover art. 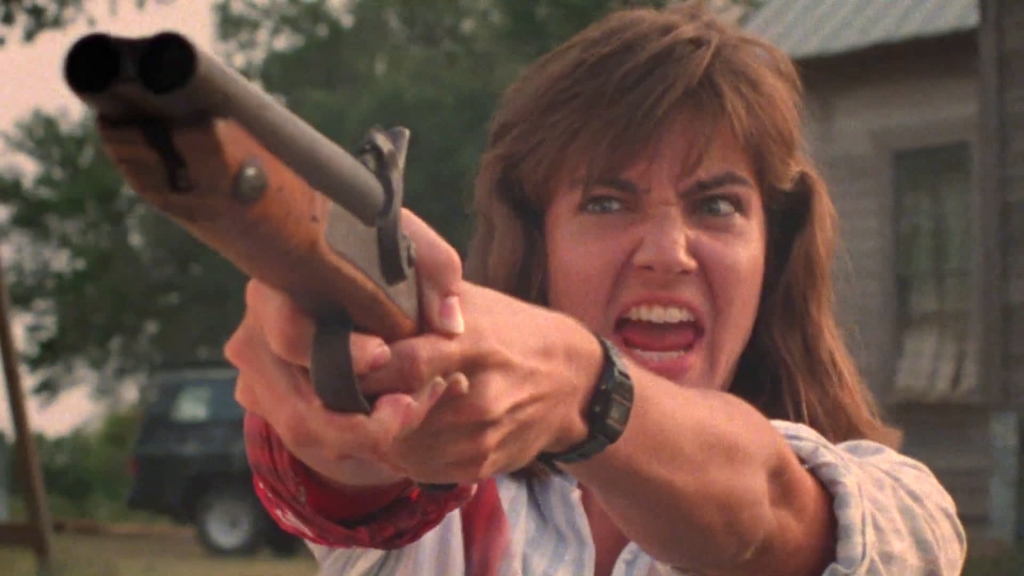 Pam (Cari Powell) was cute as a button and such a prototypical 80’s girl next door that it is surprising this was her only credit.

MVD Entertainment put out a Blu-Ray (for some reason) which is readily available at most online retailers. You can also rent to stream on Amazon.