Horror that smells of antique leather and books. Pour your brandy, lift a pinky, and stiffen the back for a good ol’ fashioned “Ghost Story”. 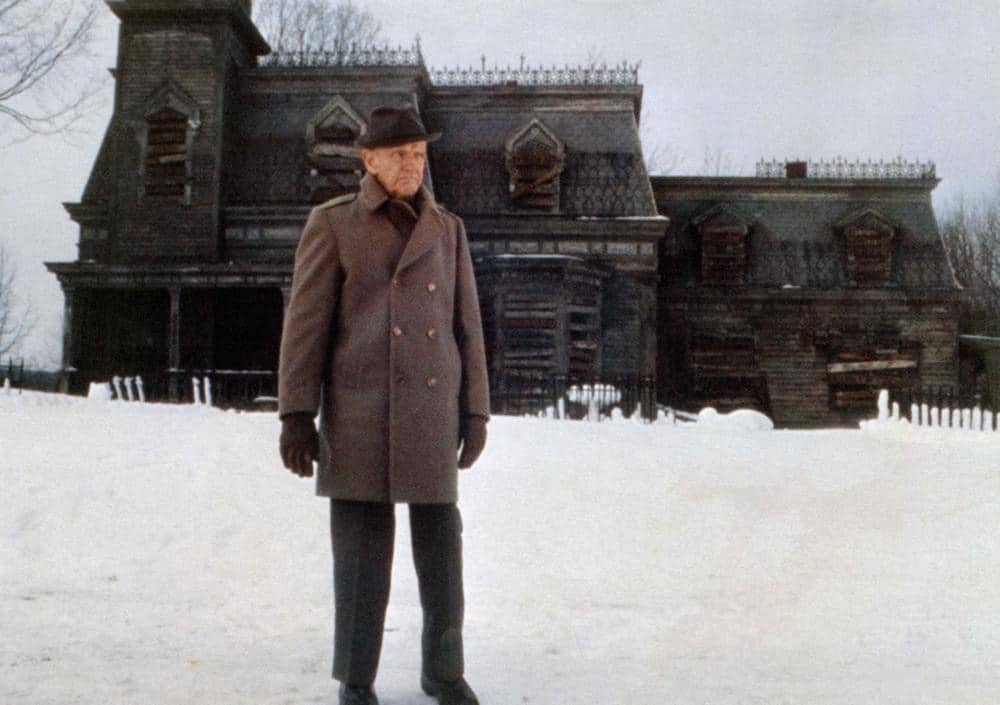 Fifty years after a shared dark secret, a vengeful spirit comes back to haunt four elderly friends and their offspring. Let’s dig into 1981’s “Ghost Story”, directed by John Irvin!

Based on a novel by Peter Straub, the acclaimed horror author and sometimes collaborator with The King, Ghost Story starts out exactly as it should… with a ghost story!

A weekly group of hoity-toity men who meet to tell each other haunting tales in a rich study donning tuxedos set a macabre vibe as we are introduced to The Chowder Society. We cut from this Victorian paradise to a contemporary eighties apartment with deco decor galore.

A nice jump scare sends the twin of our protagonist Donny (both played by Craig Wasson) out the window of his high rise and gives us probably the first and only mid death fall dangle that horror has ever seen as the nude man crashed through the roof of the pool house below.

The death of his brother brings Donny back home, but the tragedy does not cease. 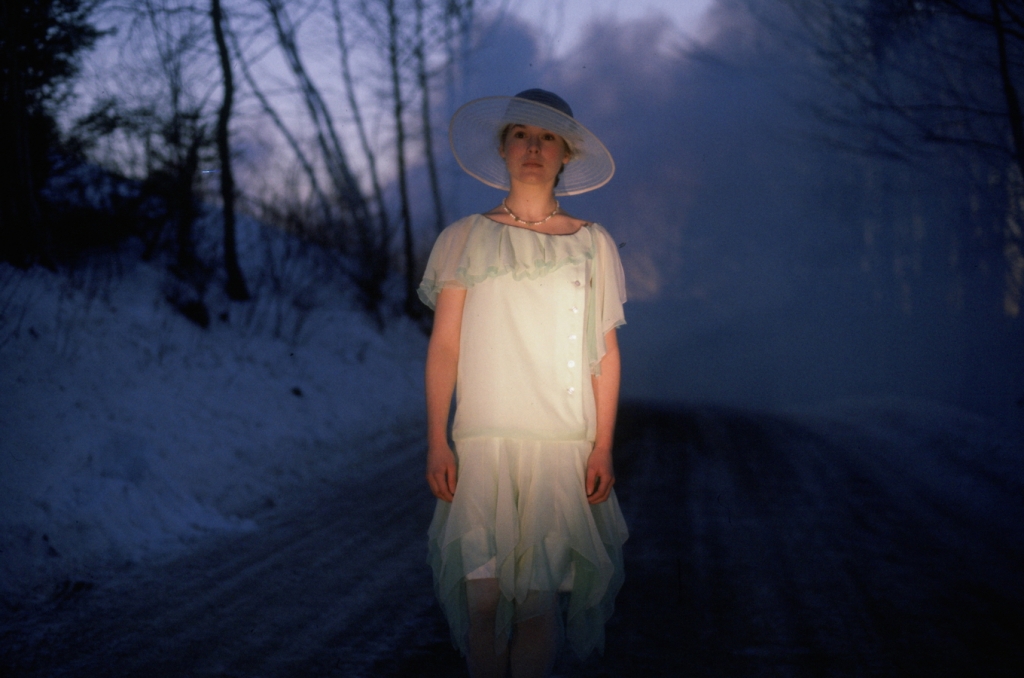 His father is forced to his death off a bridge into icy water by a mysterious woman in black and ruled a suicide. Donny joins the Chowder Society to recount the tale of his former almost wife, whom he’s shockingly seen in photos with his Father and the other three men in their youth. The Chowders retell their own past haunts and divulge the deadly secret they’ve held for fifty years: the sorta accidental death of Eva/Alma (played by Alice Krige).

You may consider this a slow film, but it’s performance-driven and even has a good sequence for gorehounds towards the end (no wonder, considering the “makeup illusions” are courtesy of Dick Smith).

It gave me old-school vibes. And though it was billed as being in the vein of Henry James and Edgar Allan Poe, I can’t help but think of Algernon Blackwood — especially “The Glamour of the Snow” — when that first matte painting of the village with its majestic snow cover flashes on the screen.

With an incredibly strong cast, this is a solid haunting tale in the ways of old. 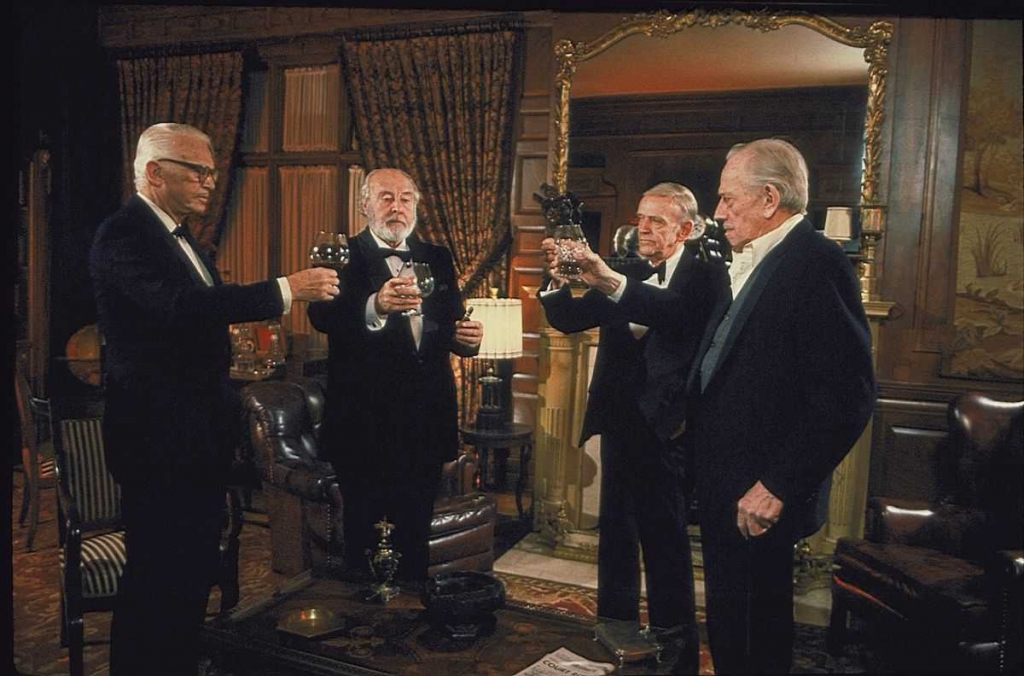 This film featured three Oscar winners and I’m not mentioning any of them here, though their filmography deserves a scan and browse.

Fred Astaire danced his way into his last film role with his first horror film. The generational performer chose a respectable swan song.

Alice Krige (Alma/Eva) is most notable horror-wise for the Stephen King story and Mick Garris vehicle Sleepwalkers, as well as playing Maddie in Deadwood.

Alice Krige spends so much of the film nude that you stop thinking about it. Her characters are overtly sexualized and still, she turns in a great performance. 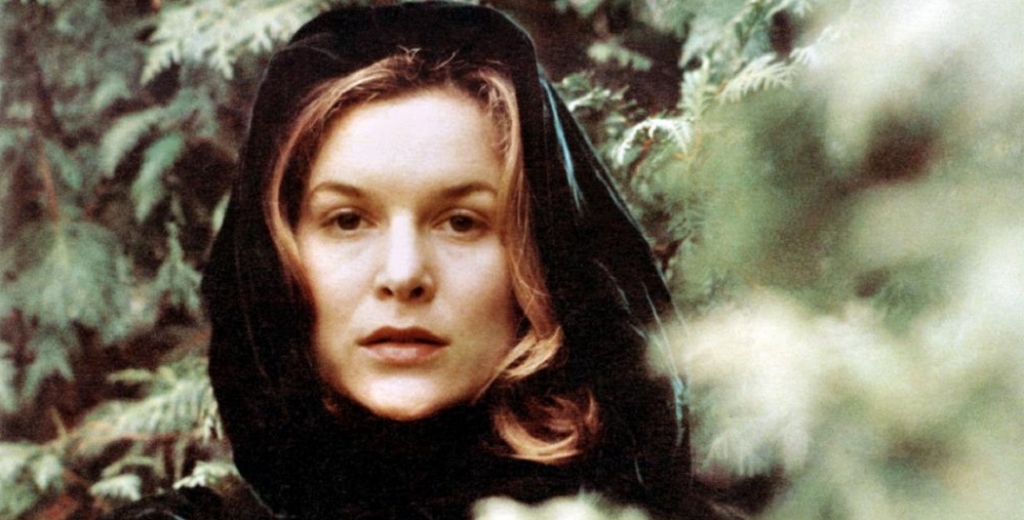 It’s got to be Alice Krige. Besides the fact that she spent almost no time in the wardrobe department, I almost didn’t recognize her here as she has such a young gentleness to her face which makes her turn to evil even more impactful. This is a wildly underappreciated horror performance. And it’s one that should have had her lining up for casting directors throughout the 80s, all begging to have her read for starring roles.

This would be a fun one to revisit, and this type of story isn’t over-saturated. Done with grace and precision, it could be a timeless classic.

Shout Factory released a Blu-ray with some new interviews and features. You can also rent this one on Amazon, Apple, Google Play, and YouTube.