“Mom” banks on the absurdity of an elderly werewolf, but the gimmick becomes long in the tooth and good makeup can’t cover up a bad story. 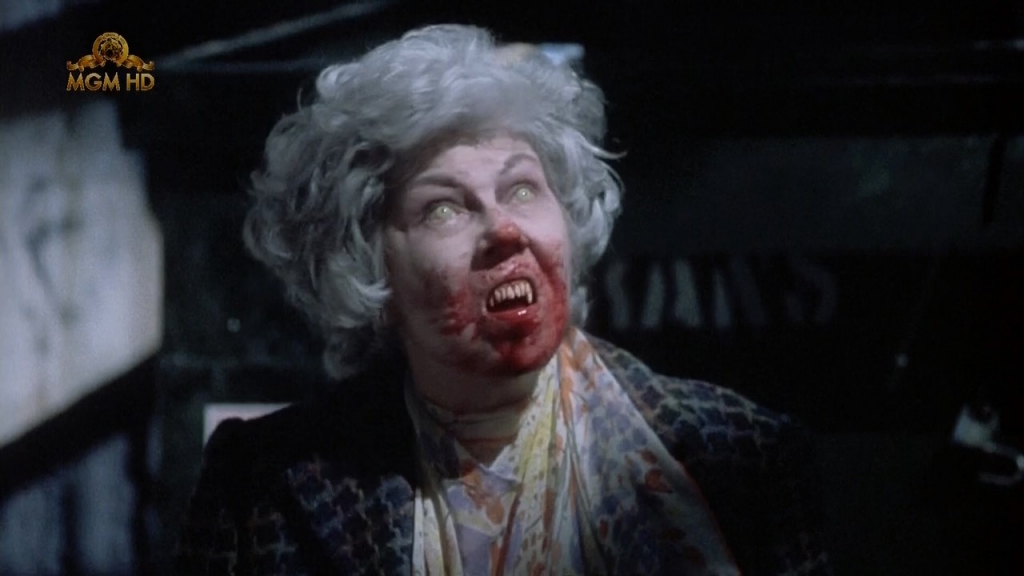 An elderly Woman welcomes a new tenant who happens to be a Werewolf. After being bitten, Mom has an appetite for human flesh that her son Clay must satiate. Let’s dig into 1991’s “Mom”, directed by Patrick Rand!

I really wanted to like this one. It seemed so ridiculous that I couldn’t imagine it was going to be anything but fun. It had minor moments (glaucoma glasses to cover Werewolf eyes), but there really isn’t a movie here. You could cut this whole thing down to a short under ten minutes.

The story is non-existent. During any attempt by the filmmakers at creating a story arc, you’ll really just be waiting for Emily (Mom) to come back on screen and politely devour someone.

The real hero of the film is the makeup and stunt teams. A solid full burn brings Nestor to literal ashes. The burn makeup for the finale looks tedious but believable as well.

I’m sure this could be fun with some rowdy friends and drinks yelling at the screen and half paying attention, but there wasn’t much here to chew on. 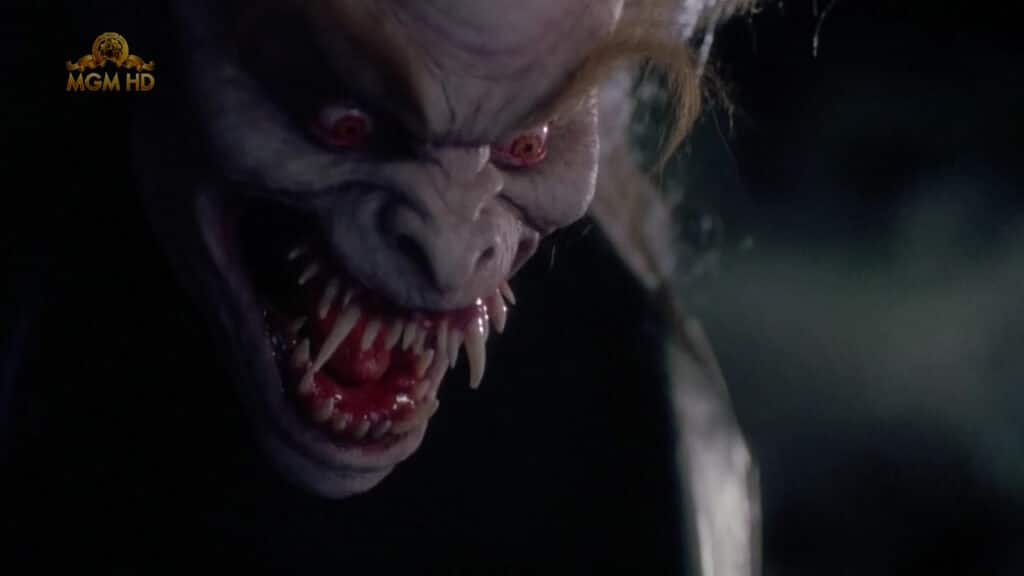 Brion James (Nestor the Werewolf) played Leon Kawalksi in Blade Runner and General Munro in The Fifth Element — and he does a bang-up job overselling his performance here. I mean that as a compliment.

Jeanne Bates (Emily/Mom) collaborated with David Lynch twenty-four years apart. In 1977, she played Mrs. X in Eraserhead, and then in 2001, she had a role in Mulholland Drive.

As far as unnecessary scenes, there was nothing egregious. Though why they chose to open the film during Christmas time and then completely drop that angle doesn’t make much sense.

The makeup is really well done and special effects coordinator Kevin McCarthy’s credits read like a month’s rundown of this column. He’s given me some titles to hunt down. 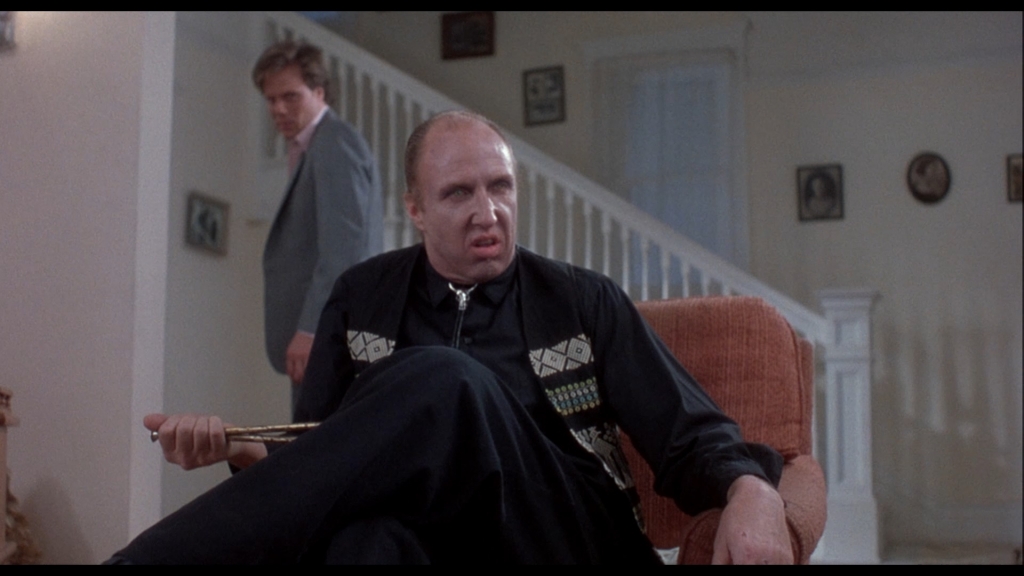 Yes, it’s going to be cheesy no matter which way you slice it, but you could really have fun with a premise like this if you actually spent a few minutes on crafting some sort of story to deliver it.

A Blu-ray was put out by Scorpion Releasing which can be had at Diabolik. But if you’re looking for a digital experience, you can stream it for free on Tubi.