Amazing creature design makes this must-watch a shoo-in for all the “Best of the Worst” lists from the 80s and 90s direct-to-video horror. 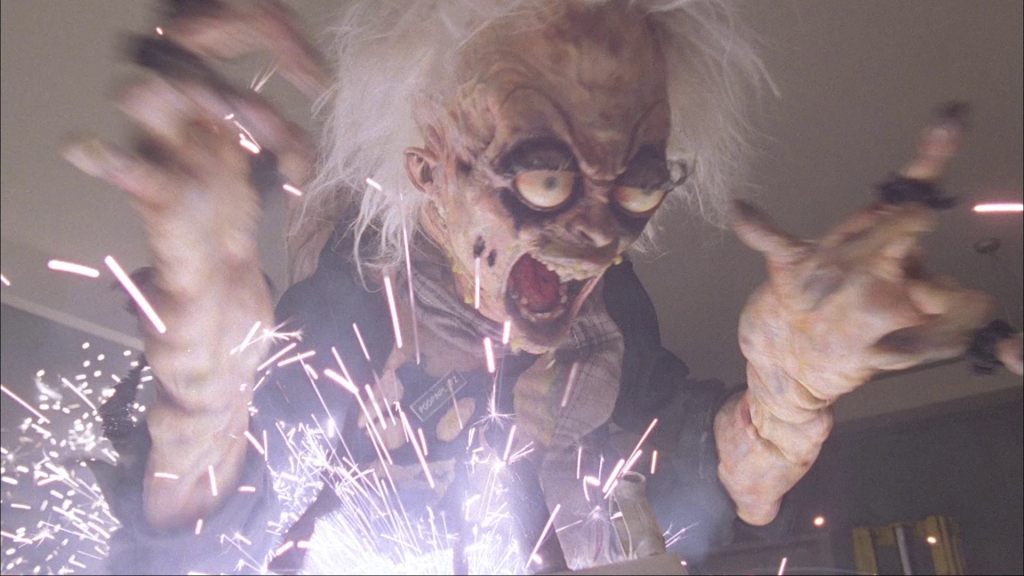 A ragtag bunch including a depressed psychic, a cop, and young kids battle child-like ancient demons in a morgue. Let’s dig into 1991’s “The Boneyard”, directed by James Cummins!

The story really doesn’t matter to me. The acting is on par with the expectation. Most of the exposition doesn’t catch my attention.

But when that 50-minute mark hits and we get to see the little demons feasting on corpses in a dark room, it is really on.

I was surprised by how creepy they were. Unfortunately, that is deflated once we see them properly, in the light…but not much.

They look like something between a zombie, a demon from Tales from the Crypt’s Demon Knight, and that thing at the end of Quarantine. 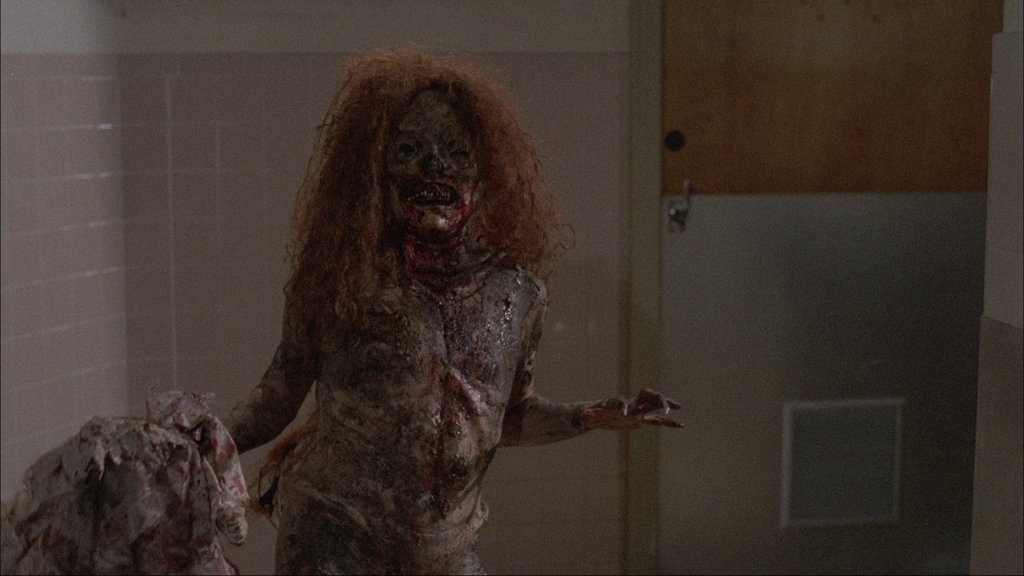 The creature effects and makeup are top-notch and it’s no wonder that concept artist and director James Cummins and makeup effects designer are successful here. Corso has worked with the likes of Rick Baker and Steve Johnson, both absolute legends. He’s now the personal makeup artist for Jim Carrey and Harrison Ford.

The creature hits never stop coming, all the way to the finale.

The altered gun is fantastic, and I can’t figure out what it’s made of — but it looks like pieces were Frankenstein’d from Han’s blaster, a bedspring, and some Mad Max shit.

The sound design is pretty terrible but the score gladly makes up for it.

Very easy to call this a cult hit, if you don’t take yourself too seriously. 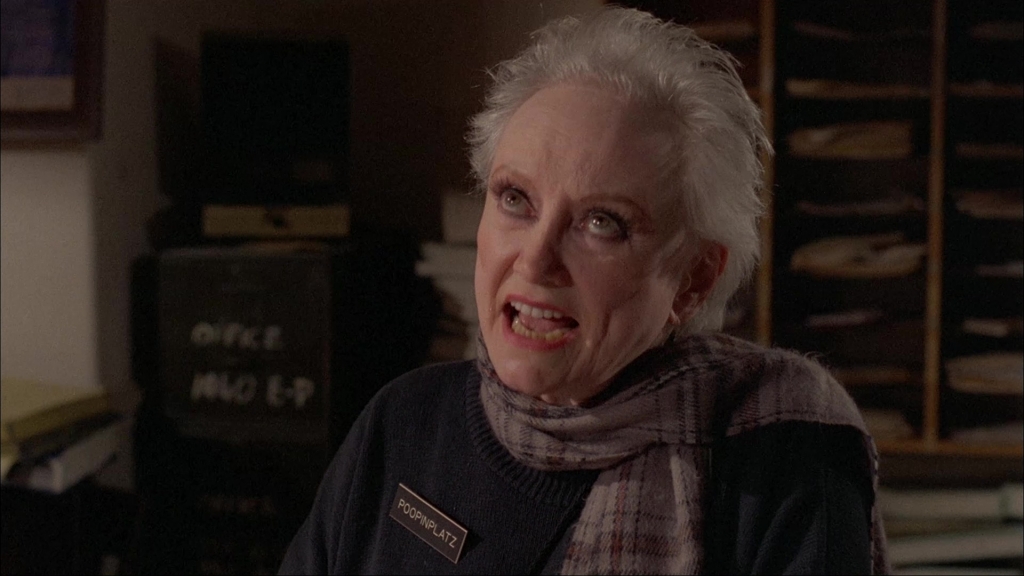 There are a few actors here who are recognizable outside of the genre, but it’s Phyllis Diller who deserves the star. She was a groundbreaking and brilliant comedian and writer, and a prolific performer who ended up with the unfortunate character name in this film as Miss. Poopinplatz.

As with any creature effect, when they step out of the shadows and into full-bodied, fully lit scenes, the creepiness falls away. I wish those strange little creatures kept to the dark parts of the screen to keep them frightening. They are still really rad.

That end demon brought me back to my childhood. The mix of whimsy and terror that I hold so dear. A bit Raimi, but so over the top. Thinking it couldn’t be topped, a poodle, as if auditioning for a role in the next release of the old school arcade game Rampage, drops in on us. Creature effects have my heart. 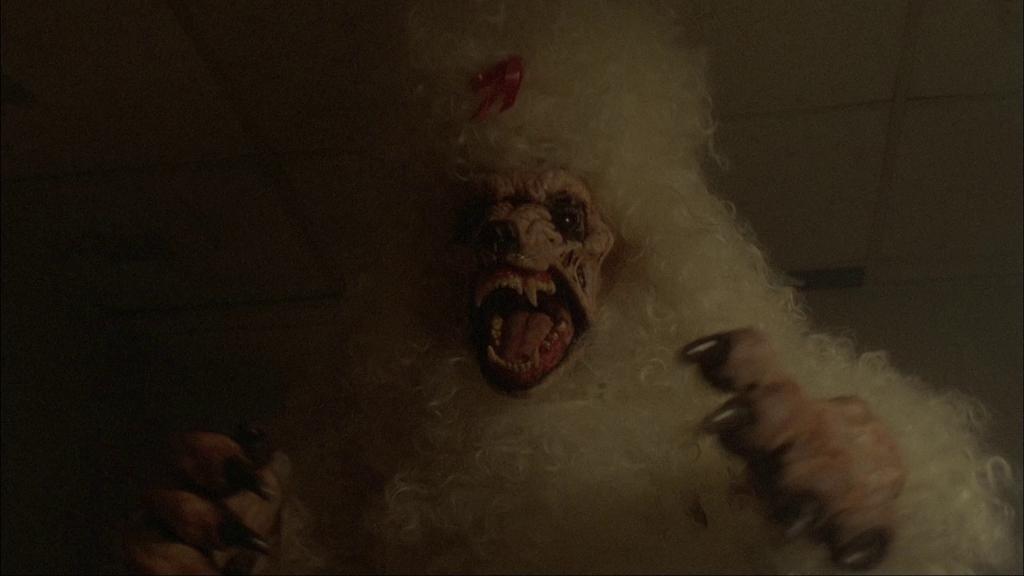 The charm is all in the FX. That’s lightning in a bottle. There’s nothing to the story worth mining.

88 Films and Code Red (Region free) have both released a Blu-ray, neither of which live up to the poodle cover that I so vividly recall seeing as a kid in the video store. You can also stream on Pluto TV and Flix Fling.