One of the better adaptations of Lovecraft, “The Resurrected” has plenty of effects to please gorehounds as well as some story depth. 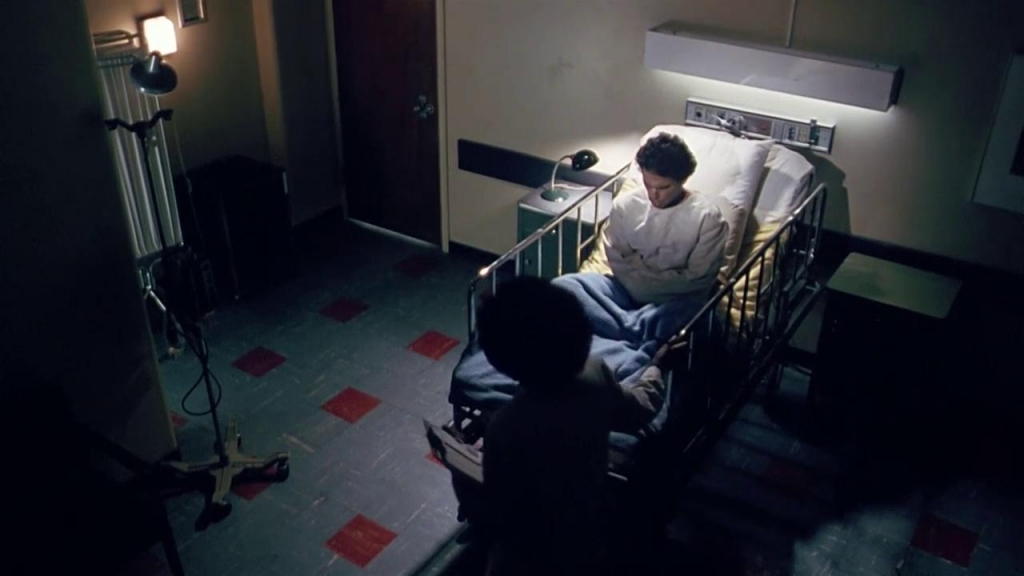 A private investigator is hired to look into the oddly behaving Charles Dexter Ward by his wife, but Charles may not be who she thought he was. Let’s dig into 1991’s “The Resurrected”, directed by Dan O’Bannon!

Also known as Shatterbrain, this direct to video saw very little theatrical play, which is a shame as it’s pretty enjoyable.

Directed by Dan O’Bannon, he of Return of the Living Dead (Writer/Director) and Alien (Writer) fame, it also features effects work by Todd Masters (Tales from the Crypt The Series and Bordello of Blood).  The effects are really well done and filmed even better.

It’s a good detective story with the requisite narration/play-by-play by the gumshoe. 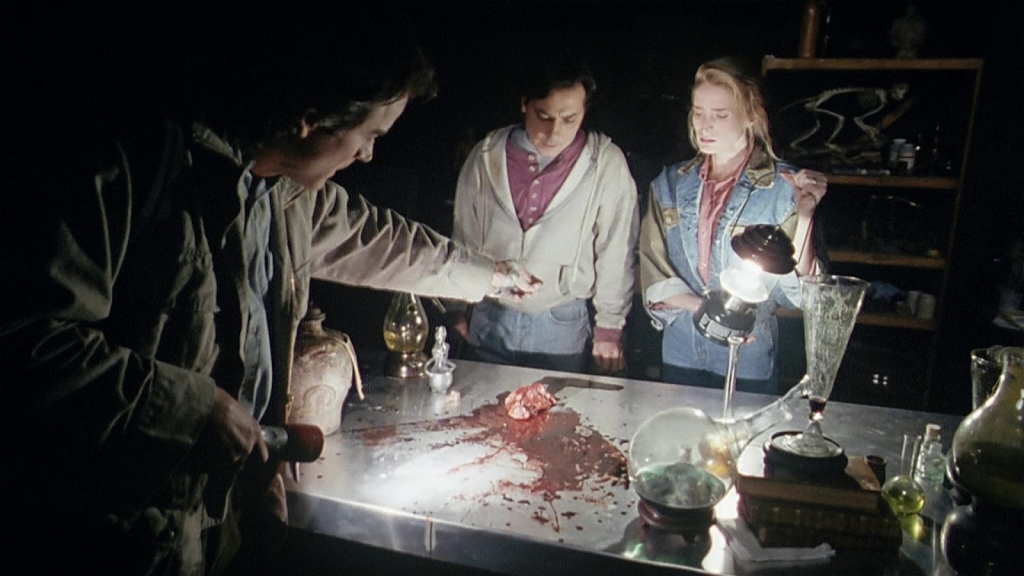 Inspired by Lovecraft’s “The Case of Charles Dexter Ward”, and a rather faithful adaptation, the stop motion used for some reason jives with Lovecraftian horror.

The Reverse flesh melting scene is especially well done, and the lighting design better than you can expect.

With visual markers like Goya’s Saturn devouring his Son, there’s more depth to the film than just gore and guts, and the Richard Band score adds a whimsy that feels familiar.

Chris Sarandon (Charles) was Jerry the Vampire in Fright Night, Prince Humperdinck in The Princess Bride, and the speaking voice of Jack Skellington in A Nightmare Before Christmas.

Gooey, bloody effects are always pleasing but it would have been nice to see some sort of attempt at Yog-Sothoth, as difficult as it is to bring a creature from Lovecraft’s mind to reality. 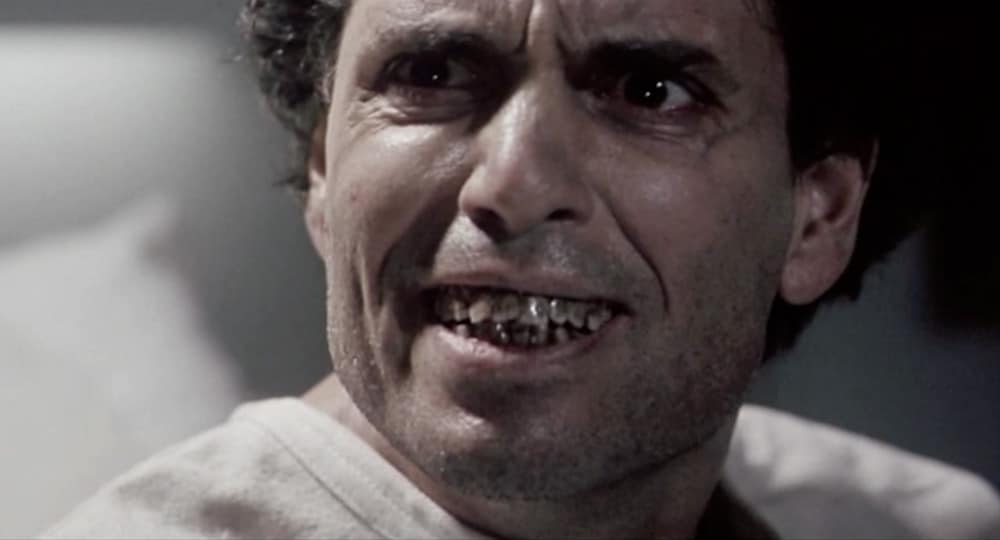 Chris Sarandon wooed us into his fanged grips in Fright Night, but it’s his campy old-speak and evil lean that charms here.

An earlier adaptation called The Haunted Palace (1963) starring Vincent Price and Lon Chaney Jr. was made by Roger Corman.

Scream Factory released a Blu-ray with some killer new art and a ton of extras, including an interview with S.T. Joshi, an authority on Lovecraft.