It’s a little bit “Men in Black” and a little bit “Body Snatchers”, with the visceral direction of “Henry” director John McNaughton. 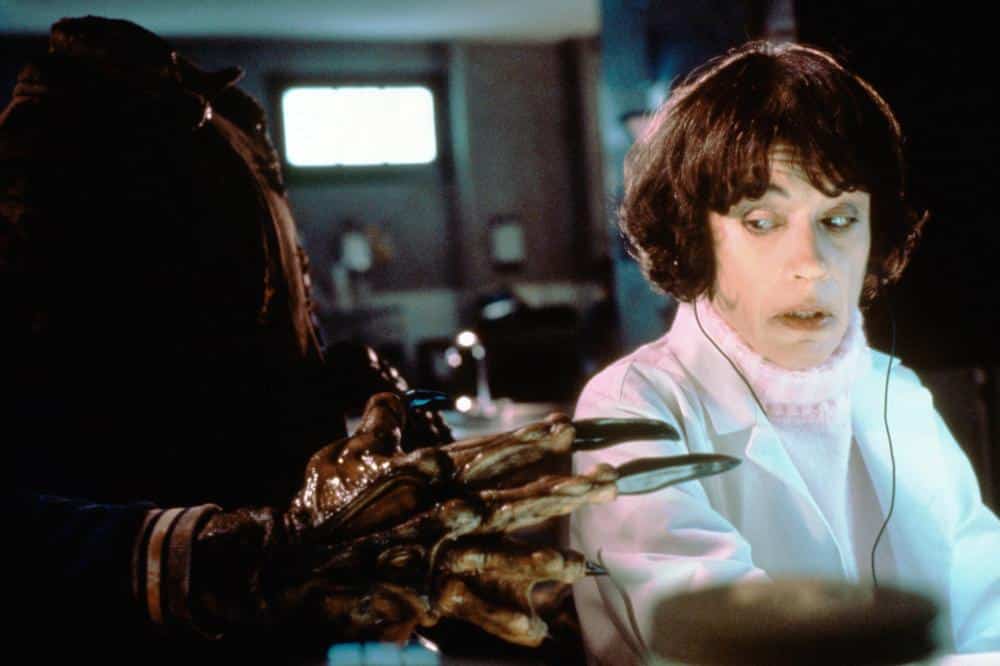 An alien is exiled to earth and relegated to a human-looking body, but its transitory nature forces him to swap out heads, leading the police on a wild chase for a dismembering serial killer. Let’s dig into 1991’s “The Borrower”, directed by John McNaughton!

Featuring effects by Everett Burrell (Troll 1986, Re-Animator, Day of the Dead, Hard Rock Zombies, Night of the Living Dead 1990) and also Kevin Yagher (NOES 2-4, Child’s Play, F13 – The Final Chapter), the effects crew has some of the most impressive credits you could imagine or hope for. That experience does make it to screen.

Starting out as a dark Sci-Fi story, the tongue-in-cheek humor and horror that follow are schlocky enough for a midnight crowd. An alien is outcasted and sent to Earth and has to make his way from host to host by using their heads before his current form explodes.

Though this film isn’t as raw as McNaughton’s well-known Henry, he still has a knack for showing NYC in the eighties (yes this was a 1991 release, but it was shelved for a few before it saw the light of day). There is an inherent mean streak in his films as well, that takes the whimsy of this film to be ingestible. As much as I respect what he did with Henry from a filmmaker’s standpoint, it’s a very hard movie to watch. 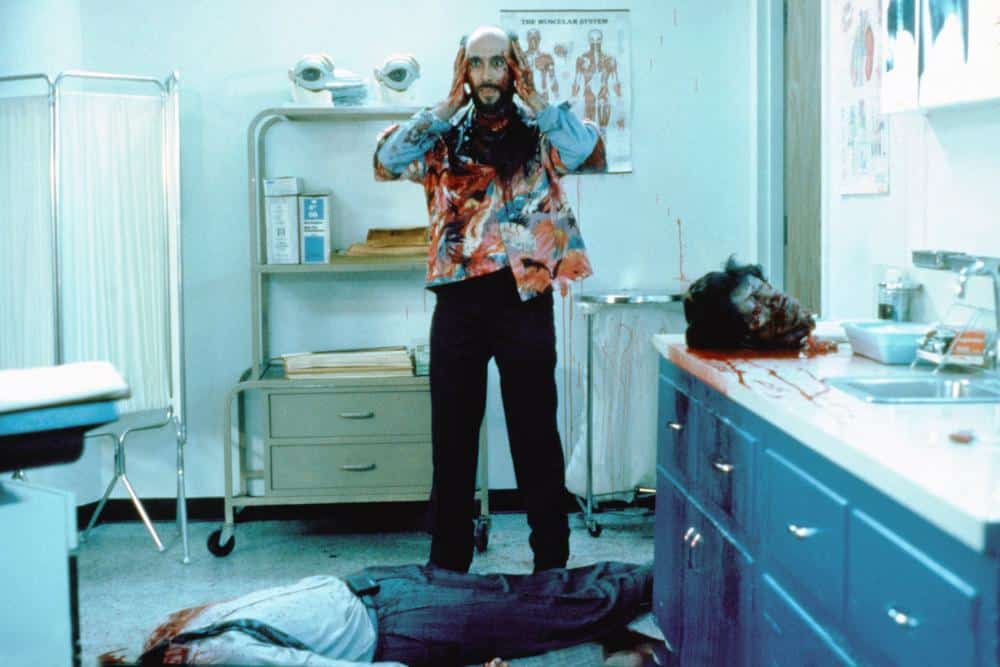 See if you can spot the slight nod to a personal favorite gross-out eighties gem (The Garbage Pail Kids Movie).

And for the gamers, there is another reference that stuck out: about thirty-five minutes in, Julius is asked for a dollar and he repeats the line, “Nah man, I ain’t got a dollar.” Just like the Tarantino character Marcellus Wallace and his subsequent dialogue, this reference was pulled from the late 90s/early 2000s PC game Kingpin – Life of Crime, which carried a fair amount of controversy for its violence and profanity.

The film is left open-ended, with the opportunity for more massacre-by-alien, but there was no follow-up filmed.

Tom Towles (Bob Laney), the late character actor had roles in a handful of Rob Zombie projects, including House of 1000 Corpses, Halloween, and the fake trailer from the intermission of Tarantino and Rodriguez’s Grindhouse: Werewolf Women of the S.S. He was also in director John McNaughton’s earlier film Henry, alongside Micheal Rooker.

Rae Dawn Chong (Diana Pierce) starred alongside Arnold in Commando, Jim Belushi in The Principal (an underrated eighties film), Tales from the Darkside – The Movie, and Spielberg’s The Color Purple.

Mädchen Amick (Megan) has a small and quick role as a band groupie here but a large role in David Lynch’s Twin Peaks.

Antonio Fargas (Julius) may be best remembered as Huggy Bear in the original Starsky and Hutch TV series. 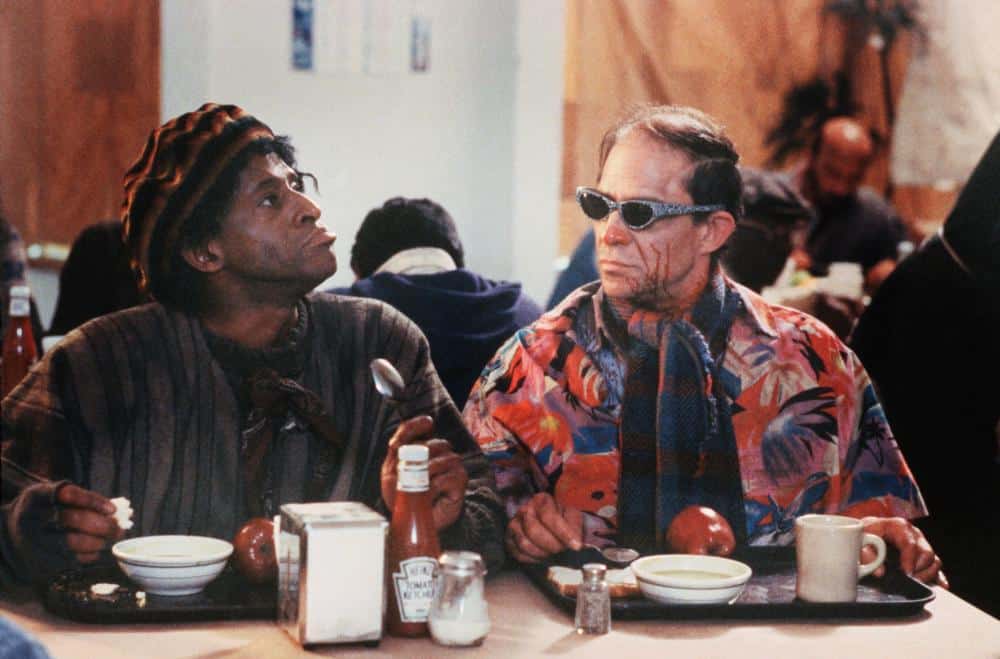 It’s a ridiculous moment, but man is it enjoyable. Sometimes gratuitous can be fun and when the alien takes on the head of a dog it’s a kennel full of laughs. It’s like a twisted version of McGruff the Crime Dog.

I will take any film with Shelly Johnson (Mädchen Amick) even if it’s in a small bit part that doesn’t see much screen time.

I think the plot was already used to great effect in a different genre with Men in Black.

Shout Factory released a new 2K scan this past summer with a new commentary track from Director John McNaughton as well as an interview with SFX artist Everett Burrell. You can also rent to stream on Amazon, Google Play, YouTube, and Vudu.