A slasher film disguised as a monster film, “Mosquito” is fun and filled with blood and bug guts, plus a maskless role from Gunnar Hansen! 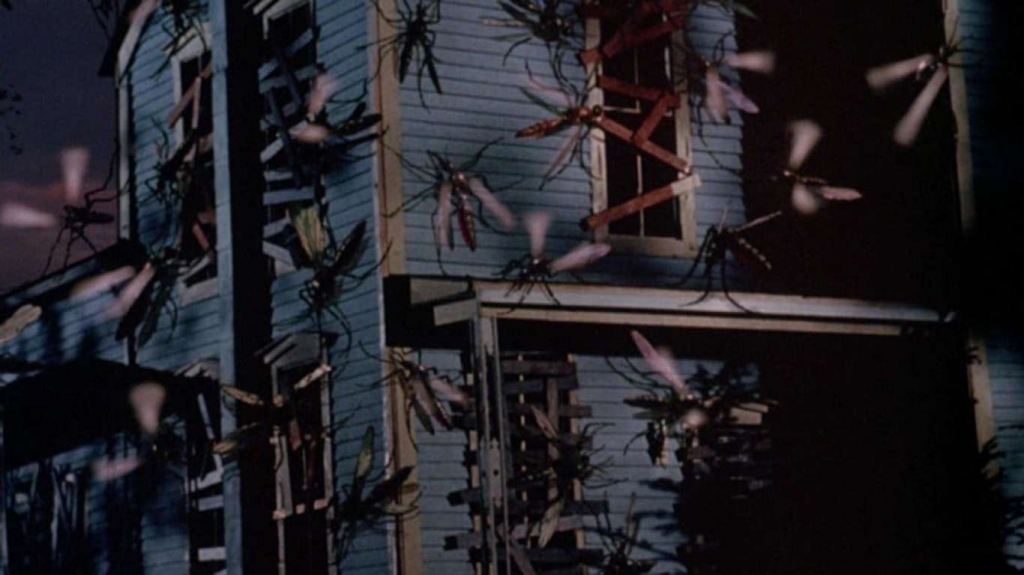 Mutated mosquitoes torment a town after an alien spaceship crash lands in the nearby swamp. Let’s dig into 1995’s “Mosquito”, directed by Gary Jones!

Seeing mutant mosquitoes formed by feeding off the blood of a crashed extraterrestrial, this campy but enjoyable nineties film offers exactly what you’d expect it to. It’s sure to make your skin crawl, especially if you consider a recent story of billions of mosquitoes being released in Florida.

The effects are decent. The bugs are campy at times, going from stop motion to practical effects to overlays, but nothing that makes it hard to watch.

It plays out like a typical slasher and it has the requisite laughs. The mosquito massacre scene sticks out for me, as you don’t normally see that in such a film (other than Freddy vs Jason, the corn field scene comes to mind).

There isn’t much to deep dive on, in a good way, as you can just sit back and enjoy a fun, campy flick.

A last minute note: just as Steven Spielberg took note of Tobe Hooper’s cinematographic prowess in Texas Chainsaw Massacre, maybe he took notice of another Gunnar Hansen film (this one), as the finale sees Parks survive a house explosion by hiding inside a lead lined refrigerator. 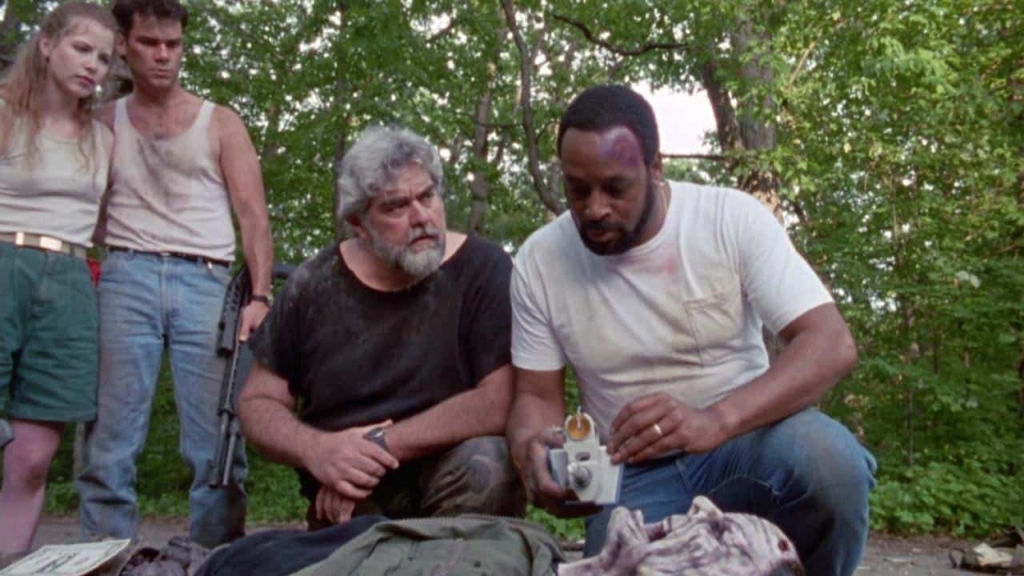 The one and only, the original Leatherface himself: Gunnar Hansen. He’s back and he’s maskless with a role that allowed him to use more than grunts and flailing.

His expertise with the saw came in handy as they afforded him the opportunity to do good with the chain. An earlier near mishap (on The Texas Chainsaw Massacre) taught him to be careful when working with such a powerful tool and he ordered the set clear of all non-essential personnel while he cut down a door with the saw.

Proving his excess of caution worthwhile, the blade broke from the saw and ricocheted up, hitting the assistant camera operator. But she was luckily protected by her jeans.

It is after all a slasher film, and there are woods, so naturally there would be a campers having sex scene. While the guy is out urinating, the killer mosquito enters the tent and stabs his proboscis into the nude girls’ buttocks. It seemed like this was going to go, a little further shall we say, but it ends up a bit tongue in cheek (intended). 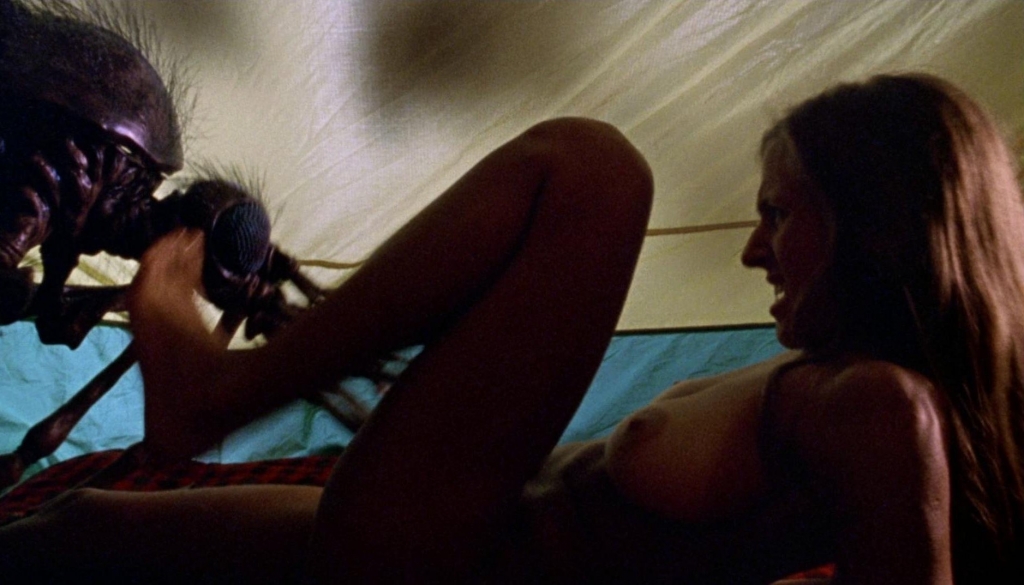 When that saw entered Gunnar’s hands, a moment of pure joy and love rushed over me. No matter how campy this film is, they gave us a beautiful homage.

I could say I’d be all for these natural monster horrors to make a comeback. As I’ve stated many times, I grew up on the fear of giant rabbits, or rats, or spiders, or ticks. But I think the resurgence already happened with the surprising success of Sharknado and its subsequent money-milking sequels.

Synapse Films released a 20th Anniversary edition Blu-ray that is available to purchase or stream from their website. You can also rent to stream from Apple and Amazon.