If you crave a taste of 80s flavor, look no further than “Nightmare Beach”; the clothes, the music, the cars, even the bad acting…it’s all there! 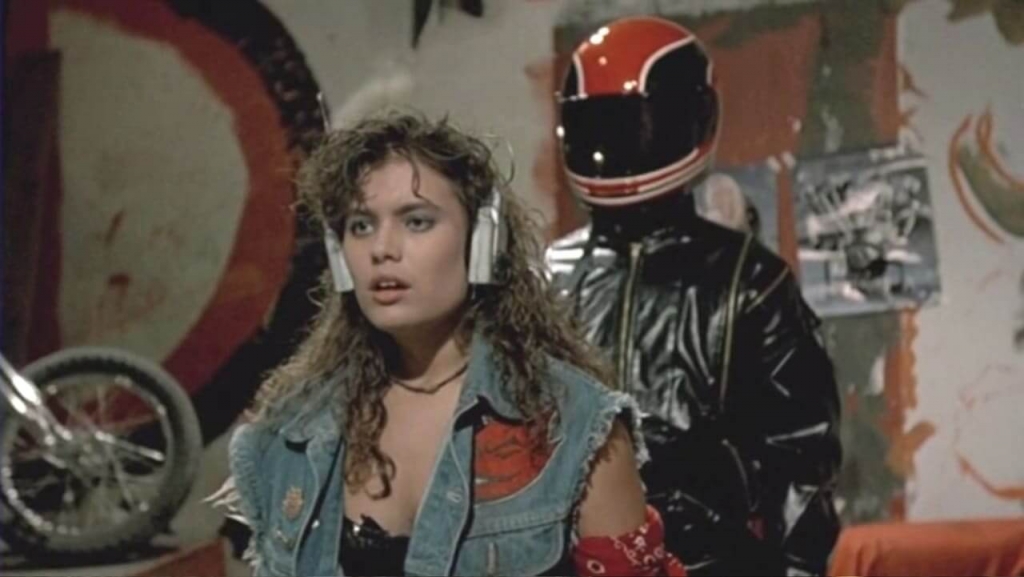 A disgraced Football star escapes his failures by going to spring break with his friend, only to discover a motorcycle riding killer is terrorizing the coeds. Let’s dig into 1989’s Nightmare Beach, most likely directed by Umberto Lenzi but credited to Harry Kirkpatrick.

Nightmare Beach, aka Welcome to Spring Break, revolves around the conceit that the leader of a local motorcycle gang (named “Demons”, with a matching logo to 1985’s Bava’s Demons by Lamberto Bava), who was executed by electric chair in the opening, is going around killing any spring breaker he can get his hands on. It feels as if they bided their time until they could reveal the Scooby Doo-esque ending, neglecting the rest of the story.

An odd, Alan Smithee like scenario played out on this production as the original Director, Umberto Lenzi, abandoned the project right before shooting. Someone named Harry Kirkpatrick, who supposedly wrote the script, subsequently took over directorial duties, but somehow convinced Lenzi to hang around the entire shoot. Speculation abounded, but Lenzi was vehement that Kirkpatrick was a real man and not an alias. Still, most people, including myself, are pretty convinced that Lenzi is Kirkpatrick.

A spring break movie would not be complete without tons of booze, hook ups, and wet t-shirt contests  — and this film delivers on expectations. Although lacking in many areas, the greatest tragedy is knowing the legendary Claudio Simonetti scored the film. When someone of his caliber is on hand to provide aural atmosphere, there’s no excuse to end up with what we have here.

It’s hard to watch John Saxon (A Nightmare on Elm Street) portray such an unbelievably unlikable character just for the sake of diversion. The recently passed actor is forever etched into the memory of horror fans, and it is certainly not because of Nightmare Beach. 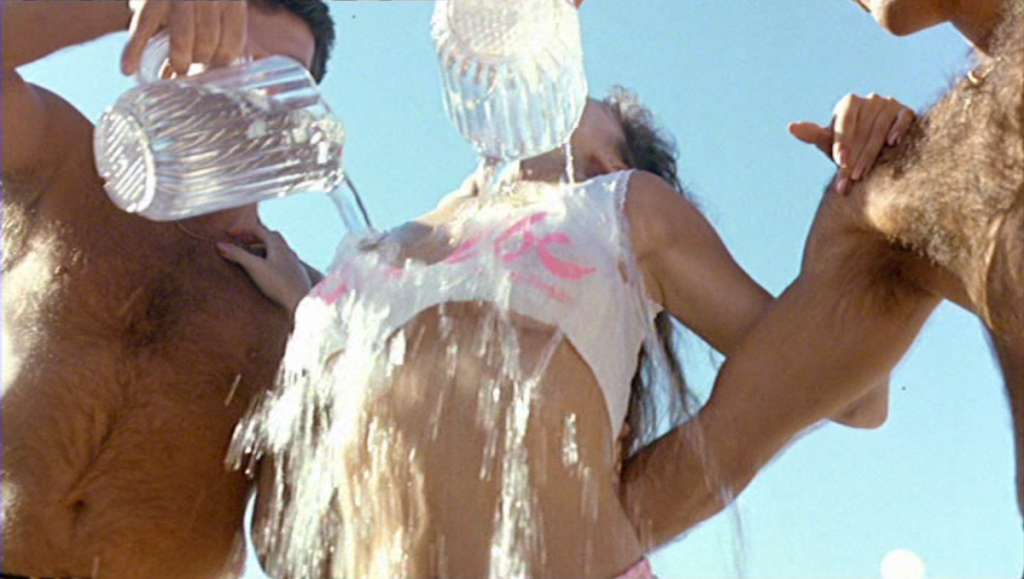 For a spring break film, the nudity is lower than expected. Sure, there’s a wet t-shirt contest, but it feels more like scene setting than gratuitous exploitation. The perverted hotel attendant spying on the surreptitious escort through a peephole in the linen closet may the most qualifying aspect.

Sarah Buxton, who had a long run on two soap operas (The Bold and the Beautiful and Sunset Beach), has the bone structure statues were made of. If you search her today, virtually none of that has faded away with time.

An intentional cheesy remake could be possible, but I don’t see the need. There are better stories to tell.

The ground Nightmare Beach was planted on was nowhere near fertile enough to grow this film into a franchise.

The Special Edition Blu-ray is available through Kino Lorber for a very reasonable price as of publishing. Digital explorers can also find this streaming for free on Kanopy.