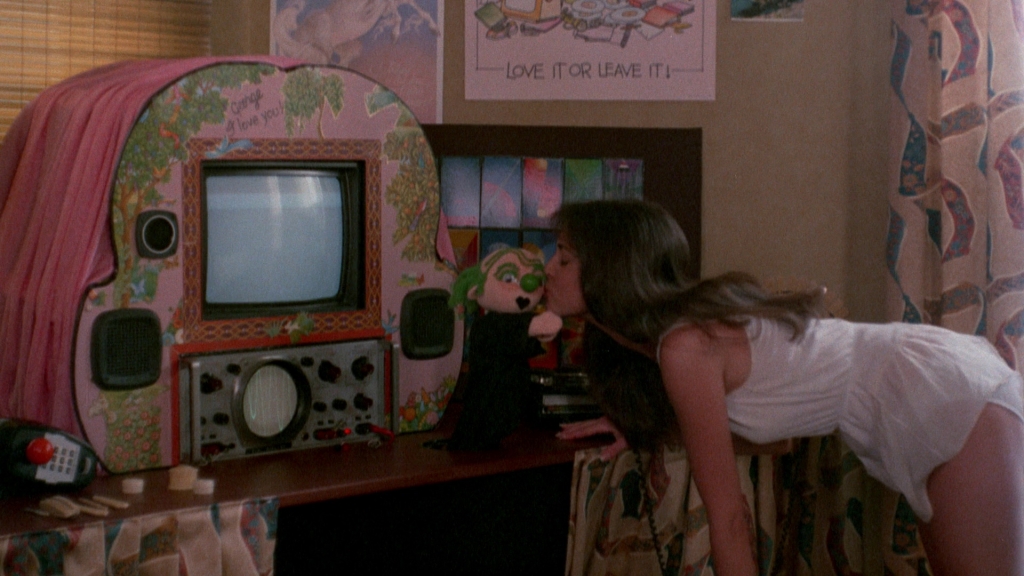 Troma distributed this completely dubbed French-run production, which was filmed in the humidity of Florida. When I think Troma, I think absurd, and this film doesn’t disappoint with that stamp.

Using “high-tech” experimental computers as a method of creating “monsters” was totally salable on film back then because only the uber-nerds knew enough about the technology to hiss at it.

It probably seemed ridiculous to most people who saw this when it was released, but there are some interesting tidbits behind the computer they used in the film. The Coleco Adam failed as a home PC, mostly because it was more expensive and inferior to the competing Commodore 64. It had a measly 3.58MHz processor, though that wasn’t laughable at the time. 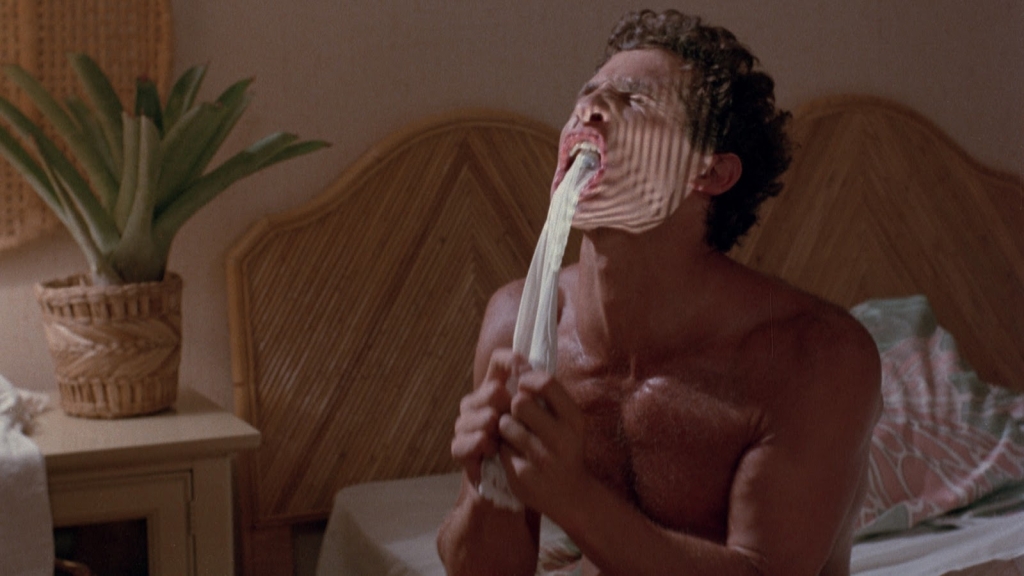 You may be thinking, “But how would such a pitiful computer ever do anything beyond word processing or playing an archaic video game?”

Well, back then, before floppy drives, they used tape drives. Some pirate radio stations would broadcast data over the air. So if you recorded the feed and popped that tape into your Coleco (or Commodore if you were better equipped), you could play a game or some other type of embedded data. File sharing over radio waves.

Growing up on nineties TV like me, you may be vividly familiar with the shows that dominated everyone’s water cooler talk, and I can’t think of any show that was more talked about than NYPD: Blue. Andrea Thompson (Linda) played the gravelly-voiced detective Kirkendall for over seventy episodes.

Robert John Burke (Dave) is another King alum who played Bill Halleck in Thinner. He also took over for Peter Weller as RoboCop in the much-maligned third installment of that franchise which was directed by the brilliant Fred Dekker (Monster Squad, Night of the Creeps). 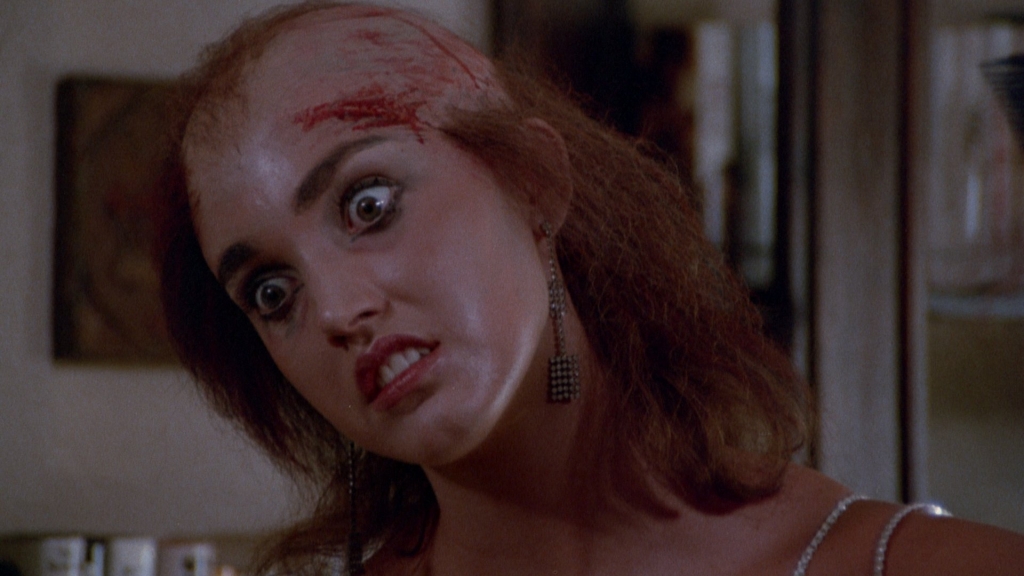 Plenty of nudity. Soft sex scenes don’t necessarily reach the Skinemax level, regardless of what you read about it. Perhaps the most gratuitous of moments is the biker r*ping Jessica (Debra Hunter) and George sounding the alarm and initiating Apache to save her. It’s an attempt to demonstrate the Bond-like gadgets and to create a love connection with Ken, who comes to the rescue as well.

Like an eighties version of Jarvis, George can not go unmentioned. It’s a gutsy casting choice and one they couldn’t have had the foresight to see that all computers in the future wouldn’t be controlled by hand puppets (sarcasm).

Some things are locked in time. There is too much here that plays on shared naivety when it comes to technology that just wouldn’t work even ten years after this film, let alone thirty-five years later.

The folks at Vinegar Syndrome go through hell to restore movies that only a handful of people ever saw. We must be extremely thankful for them bringing ultra cheese and forgotten gore back to the playground. Without them, the world would be boring. They released a Blu-Ray with a limited edition slipcover which is now sold out, but the standard version is still available.