Thanksgiving is all about spending time with loved ones — even if the one you love is a psychopath with a gourmet palate and a taste for the finer things. 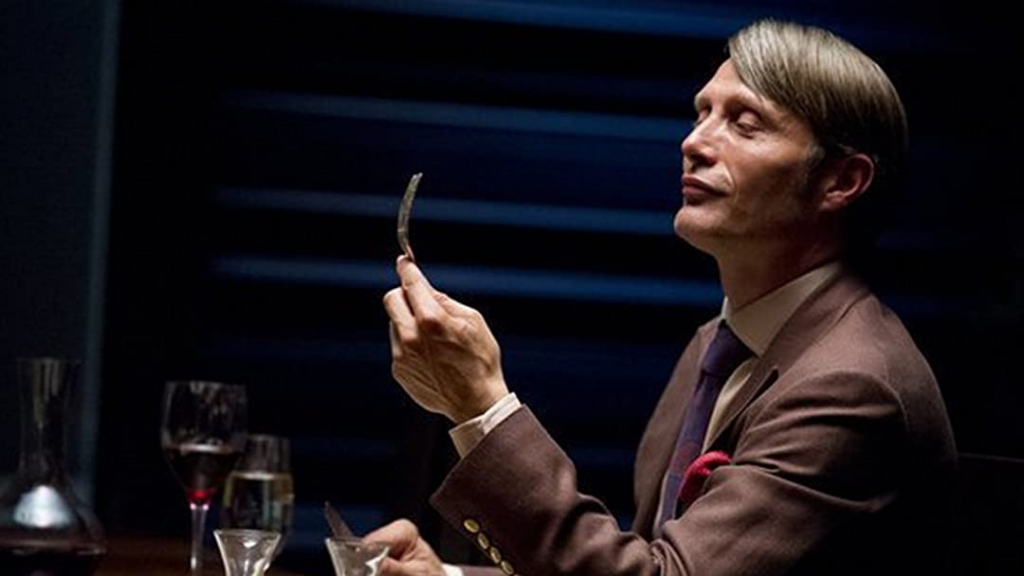 The first poem of Dante’s Vita Nova is recited in flawless Italian by a man standing in the middle of a crowded ballroom. A formal event for upper class academics, the party is nothing short of luxurious: everyone is dressed to the nines, classical music plays as partygoers waltz with grace and style.

The man in question is strangely transfixing, speaking with the depth and grace of an audiobook narrator, always sounding like he knows the whole story already. His sunken eyes and thin lips give off a vibe much different than his peers, walking among them but somehow different, not one of them. Almost predatory. He’s been challenged (rather rudely) to prove his language skills and cultural knowledge by a professor too smug and too naïve to realize the danger he’s in.

You see, our leading man hates rudeness with a passion.

He has a taste for the finer things in life, like literature, music, and philosophy. He is a true gentleman with manners that make nuns look like ratchet bitches. His passions best manifest themselves in his talent for cooking, preparing most meals he eats himself with gourmet quality. The room knows him as Dr. Roman Fell, under the impression he’s a library curator in Florence, Italy.

We know him as Dr. Hannibal Lecter, the sophisticated psychiatrist who knows all too well that it’s what’s inside that counts. 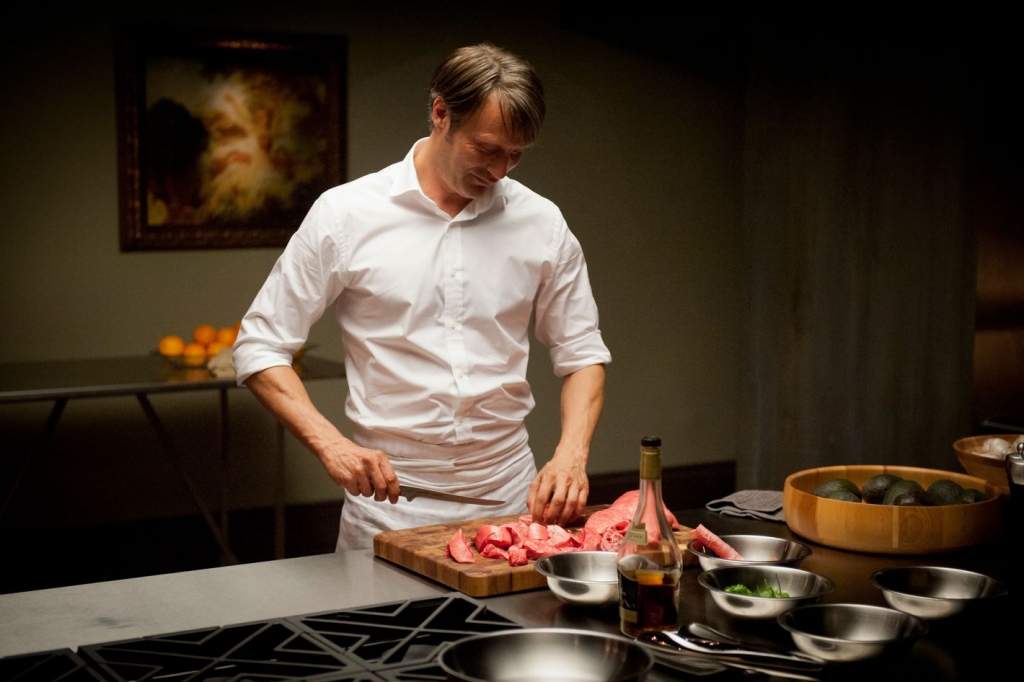 An ideal man in a sea of one-percenters, Hannibal is a wolf surrounded by sheep enamored with him.

This is an unintentionally meta scene: We, the audience, are the enamored sheep watching him speak with precision and poise. So why are we so intrigued by a character we would condemn in real life? And if you love horror movies, you immediately felt guilty when you read that last sentence. This isn’t the first time you been fascinated by this kind of character either, is it?

Let’s try to figure why we love Hannibal the Cannibal like he was our own psychiatrist. During your stay I recommend not eating what’s been put on the table. Who knows who’s in it.

Here we focus on the television series Hannibal, which aired on NBC for three seasons from 2013-2015.

The portrayal by Mads Mikkelsen, the danish actor born to play villains, may have managed to eclipse the famed Anthony Hopkins version from the films (the Brian Cox and Gaspard Ulliel versions are also worth mentioning; yes, even Gaspard).

Mads’ Hannibal stands out from the others as having a God complex.

Killing people changes you in a way few people will experience. About as close as you get to being God, right? You are capable of what others can barely imagine. And from that feeling of heightened reality, you to start to become a sadist. You like this. You’re fascinated by people, fascinated by what they’re capable of — and if you’re Hannibal, what they taste like.

This is not a God complex in the religious sense. This is the Paradise Lost, fall of man, Lucifer-was-an-angel, God complex. Sin is what turns you away from yet somehow gets you closer to God. You know what it is to be Anti-God, to destroy instead of create.

Mads’ Hannibal develops his God complex out of a surprising place: love. 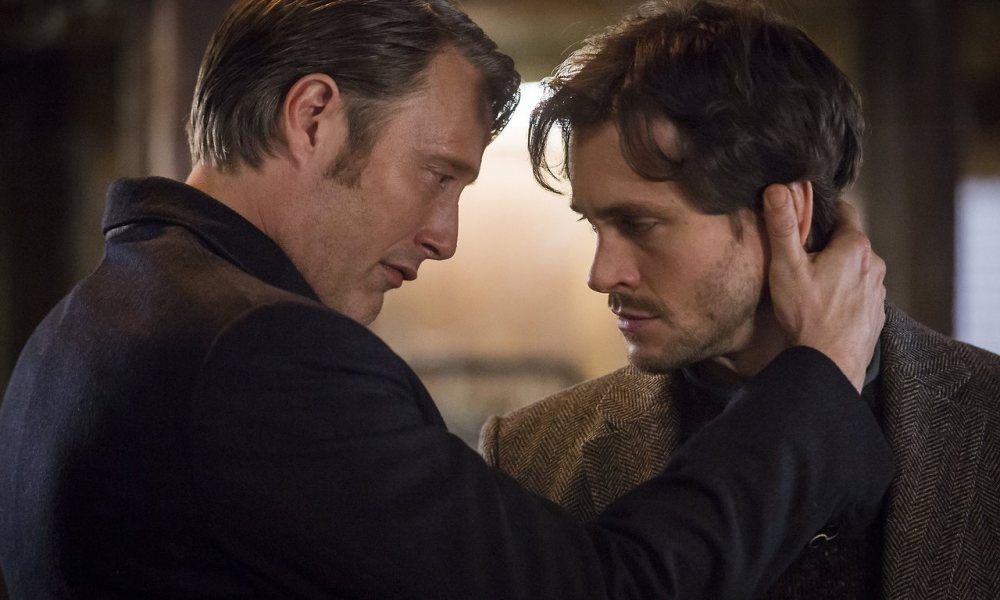 When he meets FBI profiler Will Graham, he sees that Will’s incredible mental ability to reenact crime scenes and understand the motives of murderers is only one bad day away from Will himself being covered in actual blood.

Hannibal knows the push he’d have to make is a slight one, involving only subtle suggestions and manipulations. Will, a genius in his own right, won’t figure out Dr. Lecter is the very serial killer he’s chasing until it’s too late. This is the sociopathic version of pushing your childhood crush into the mud just so they pay some attention to you.

This is why we love Dr. Lecter; for all the ferociousness you see in his eyes, you can’t help but keep looking. 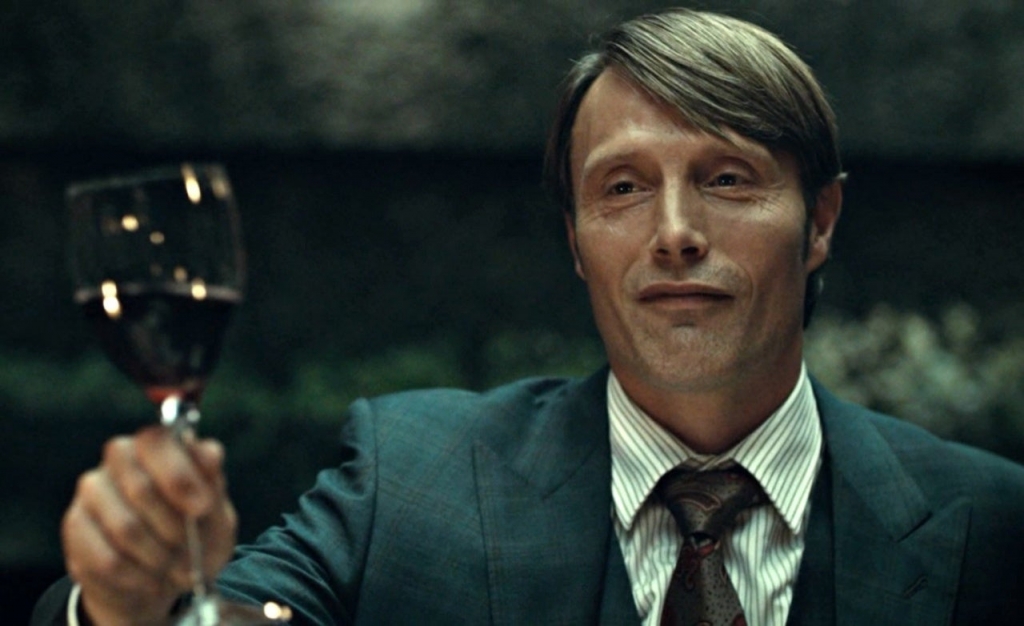 The thing so intriguing about Dr. Lecter, the thing many people may be worried to admit, is this: save for his homicidal side projects, Hannibal is practically a role model. He’s a well-respected doctor of psychiatry who you could genuinely learn a lot from during an afternoon session. He’s the kind of person we aspire to be; helpful, insightful and interesting. You could know him your whole life and have no idea of the monster lurking beneath the surface.

Hannibal’s keen intellect and magnetic voice often own the room. But intriguingly, Hannibal’s got a biological advantage: a very keen sense of smell. While not necessarily practical, it is an interesting character quirk that seems to indicate the primal nature to the good doctor. In both intelligence and physicality, Dr. Lecter seems to have been built from the ground up to be a predator.

On a cliffside, Hannibal and Will embrace, covered in the blood of a fellow serial killer they’ve murdered together. Maybe it was in self-defense, but Will still helped. And you remember me saying earlier all he needed was a push? Hannibal and Will, in their last moments of the series, finally confirm what everyone had already guessed: this was love.

Hannibal fell in love and disguised it as curiosity. Will lied when he said he didn’t find Hannibal interesting. All the murder, the manipulation, the mental and physical chases; it was all just really fucked up love. “This is all I ever wanted for you, Will.” Hannibal seems to stumble before he admits: “For both of us”. Will can’t help it anymore. “It’s beautiful”, he whispers.

And just as the music picks up and the two demented lovers fall into each other, Will throws hims