The type of film that inspires a generation of outcasts to wear ill-perceived clothing and feel comfortable with their introversion. 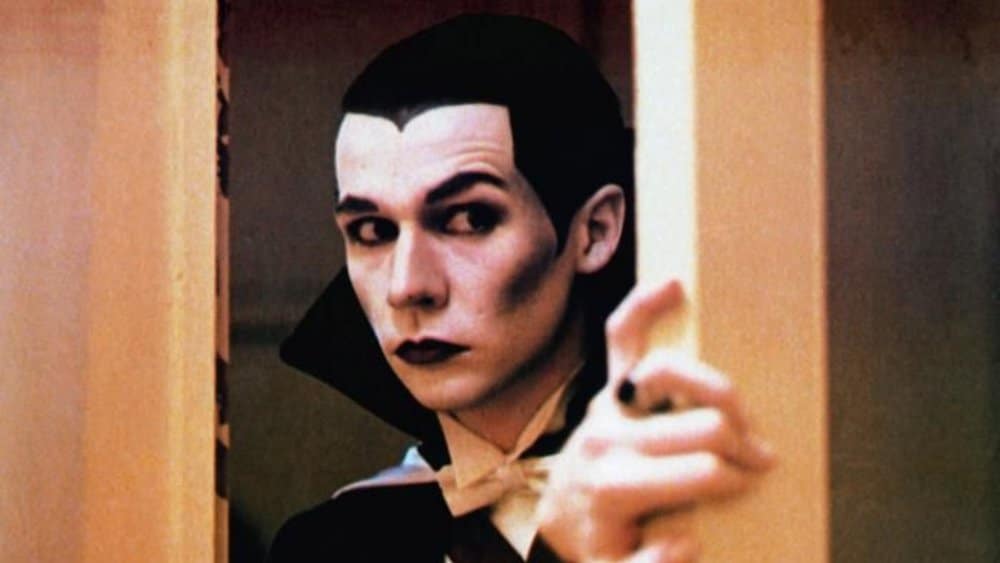 Eric is obsessed with film, and subject to ridicule and harassment in all aspects of his life. When it has finally gone too far Eric begins re-enacting scenes from his favorite films, the deadly ones. Let’s dig into 1980’s “Fade to Black”, directed by Vernon Zimmerman!

Produced by Irwin Yablans who famously produced Halloween 78’ as well as its sequel and Halloween III: Season of the Witch, there are little fingerprints of his properties throughout an already homage heavy film. In the manager’s office, you will of course recognize Bob Gleason’s art from Halloween, as well as a poster for Tourist Trap, another Yablans production.

Chain smoking Eric finds film a better confidant than people. He lives with his abusive Aunt and fills his time immersed in celluloid both recreational and occupational, as he works at a film distribution house with an equally abusive boss. Eric meets Marilyn, an Australian who bears a strong resemblance to Marilyn Monroe. Once she stands him up, the fourth wall is broken and reality and art meld to create a shapeshifting version of Eric as he emulates characters from his films and begins murdering all of those who have wronged him.

The personas Eric takes on are where this bread is buttered. His Hopalong Cassidy costume is terrifying (think Primus – “Wynona’s Big Brown Beaver”) and his exchange with Richie (Mickey Rourke) is brilliant. A one-sided shoot-out that is highly effective. It’s also an iconic look when Eric paints his face to portray Count Dracula, apportioning his face with a crisp delineation between real and make believe. A bit Lux Interior minus the pleather. 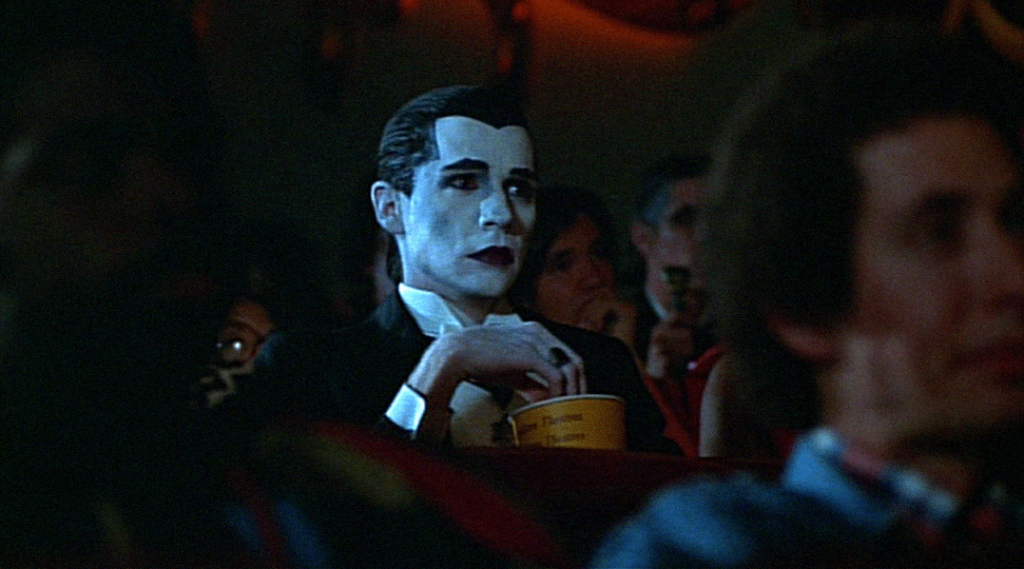 There are some weak spots. The criminal psychologist who inevitably spells Eric’s doom is a tired angle that has no real heart and only creates plot holes. It hardly ruins the film, as the psychology behind Eric wrapping historical events in a film canisters (Hitler’s favorite film, the movie playing when Oswald was arrested) is dense and poignant.

Personally, I identify with Eric. I’ve always had a personal and private relationship with film, especially Horror. I never shared this affection with the world or anyone for that matter. I never wanted to. Though I discovered conventions and individuals with similar taste that I now call lifelong friends, I easily could have kept this all to myself.

Part of why I write this column is I have an aversion to “reviewing” films. A strong gag reflex to hold art to any type of standard I see fit in that moment. I find it important to find some positive within any piece of art. This column tests the ability to do so and pushes me out of my comfort zone. I could only hope to add notches to my belt of deep genre cuts that I’ve ingest. An arid climax compared to Eric’s wonderfully apropos quietus atop Grauman’s Chinese Theater. 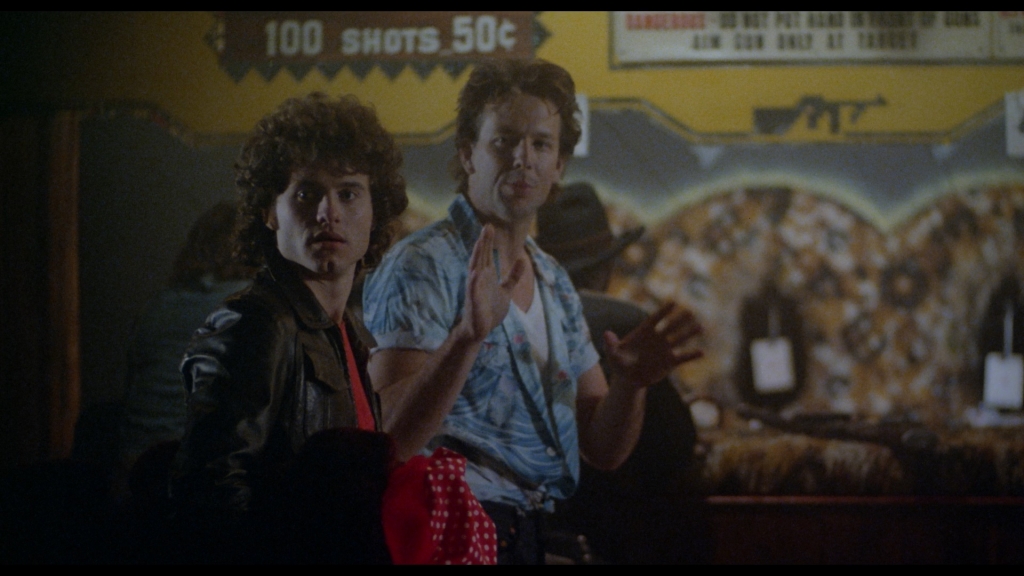 Mickey Rourke in his pre-boxing — hell even pre-Diner (1982) — days. He may have looked softer, but he always had the gruff bad boy demeanor.

I’m not sure I fully understood the shower scene, though I get that it shows adulation for Psycho and Hitchcock more specifically. It produced a nude scene and displayed more of Eric’s capricious nature, but it threw me off.

Though Marilyn, played by Linda Kerridge, is stunning with her platinum blonde hair, her cute fifties garb, and her porcelain skin, it is inevitably a young Mickey Rourke who induces butterflies even with a supporting role. 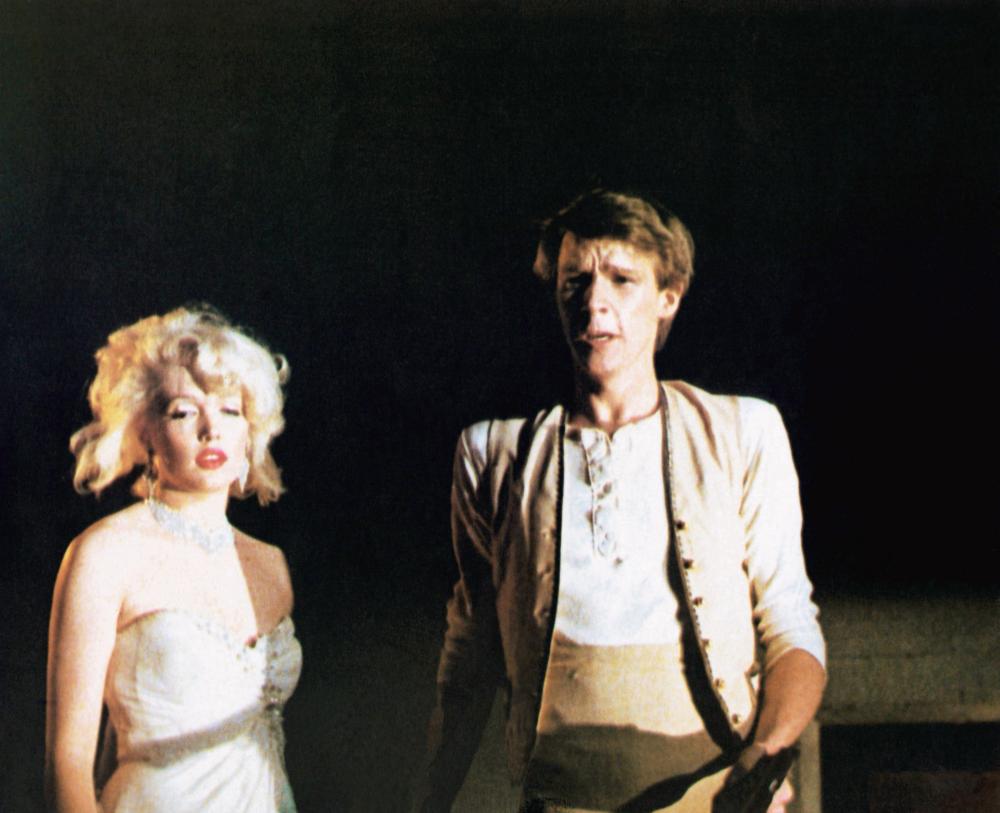 It sits on the fence of sacred, and I would choose caution and allow this to exist without dilution.

Vinegar syndrome released a Blu-ray, and you can also stream Fade to Black on Shudder.