Asian horror films are among the best and most frightening films you’ll find anywhere in the world. Often focusing on deeply unsettling psychological and supernatural horror (often involving ghosts), these films deliver scares via creepy atmosphere and highly effective tension building. They also tend to be emotionally-charged, character-driven films, focusing on relatable human emotions like grief and anguish. There tends to be less emphasis on “blood and guts”, making these accessible films for fans who prefer style and substance over pure shock value and gore.

Over the years, the rights for many of the best horror films from Asia have been hungrily snapped up by Hollywood and remade for Western audiences. And while there are exceptions (like 2002’s The Ring), most of these remakes fall far short of the greatness of their Asian source material.

So, if you’ve only seen Asian horror from an American lens, I strongly encourage you to seek out and experience the stylish direction, haunting visuals, and hair-raising frights found among the Asian genre greats. I promise it will make for an unforgettable date night.

With that in mind, dating specialists from lesbiedates compiled a list of the most recommended chillers for your first date.

How does this sound for the premise of an exciting horror feature? A passenger train hurtles over the countryside after a chemical leak in an industrial plant has instigated a zombie apocalypse. Its destination? The South Korean city of Busan, a resort seemingly as yet untouched by the cannibalistic hordes. Just before the train departed the increasingly chaotic scenes in Seoul, an infected female manages to rush aboard and run amock.

Zombies have long been a staple of date night viewing. But rather than the more familiar sight of undead creatures shambling around open terrain, the supernatural beings in this movie are far more sinister. And just as the seminal horror feature Alien (1979) introduced the concept of all the action taking place within a confined space, so too does this train become a terrifyingly cramped environment from which escape into the outside world would be just as fraught with danger.

WHERE TO WATCH: Watch for free on Prime, Hoopla, Tubi, Crackle, or Shudder. 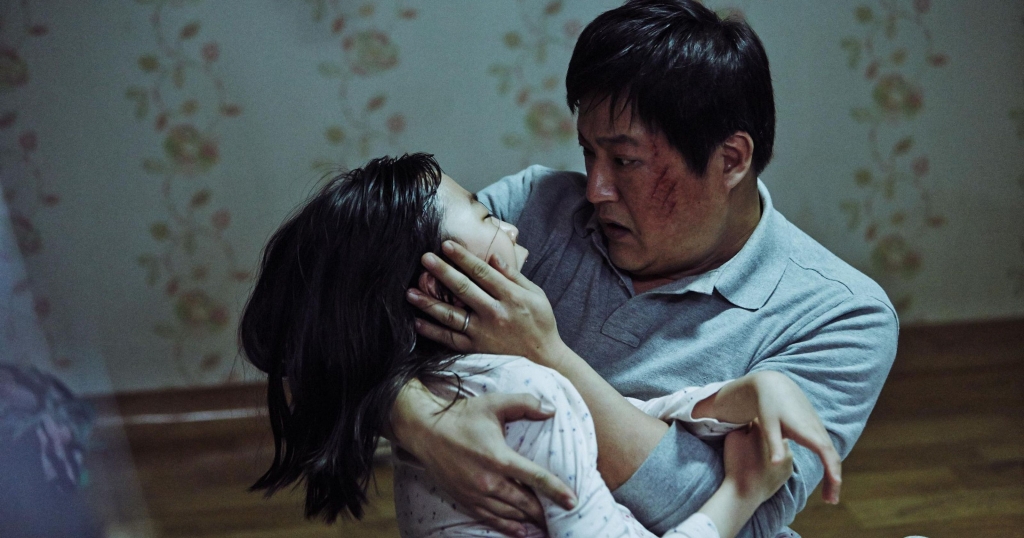 Another excellent South Korean film that came out the same year as Train to Busan, this gripping and grisly thriller focuses on a mysterious infection that breaks out in a mountainous village, causing people to transform into deranged killers. A policeman must get to the bottom of what is causing this mysterious illness so he can save his daughter. With a 99% fresh rating on Rotten Tomatoes, this compelling demon possession shocker has received countless comparisons to The Exorcist, and it’s widely considered one of Korea’s best horror films.

Besides being a near perfect horror film, The Wailing also has all the ingredients for a killer date night: plenty of edge-of-seat action and suspense, with a very heartfelt and human story at its core.

WHERE TO WATCH: Watch for free on Prime, Hoopla, Tubi, Directv, Crackle, or Shudder. 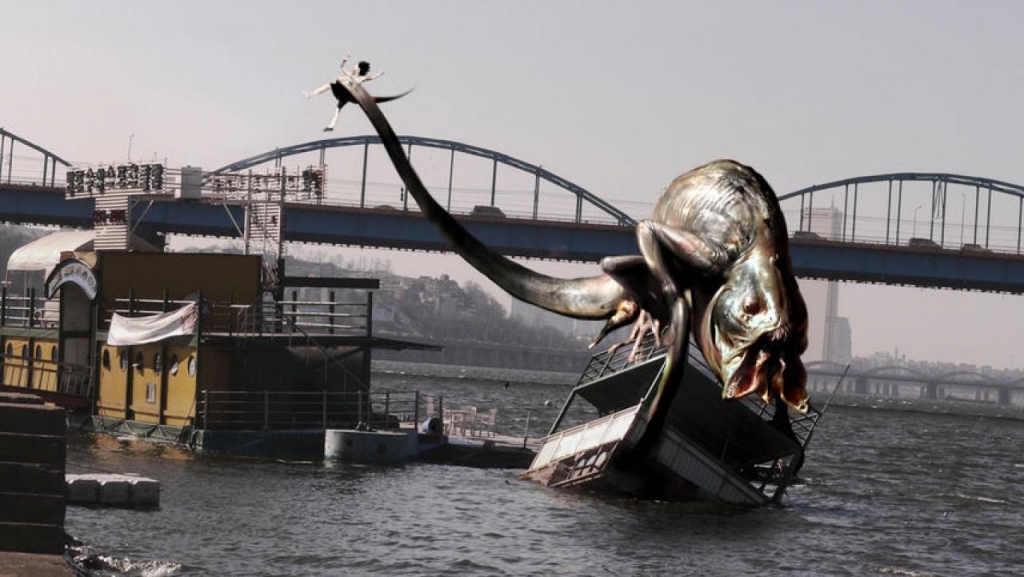 Director Bong Joon-ho (Parasite) was inspired to co-write this ‘creature feature’ after coming across a newspaper article about a weirdly deformed fish. In the film, a terrifying sea monster the size of a box car rises from the depths of the Han River in Seoul, and death and mayhem follow. But as much as the movie is about the creature, it’s also about a family — struggling to make ends meet and struggling to maintain their bonds through hardship and familial battles. When their young granddaughter goes missing following the creature’s attack, the family must band together to save one of their own.

This might not be the most sophisticated of horror movies to have emanated from South Korea. But if you’re looking for a memorable first date experience, watching this harrowing tale of a giant aquatic monster would be ideal. The cool monster alone is worth the price of admission, but this film also taps into themes of fear, grief, sacrifice, and love that help make this a memorable and engrossing experience.

WHERE TO WATCH: Watch for free on Prime, Hulu, Hoopla, or Kanopy.