Days of the Dead Will Be Invading Las Vegas

The first ever stop in Las Vegas for the massive horror and pop culture convention known as Days Of The Dead is almost upon us! 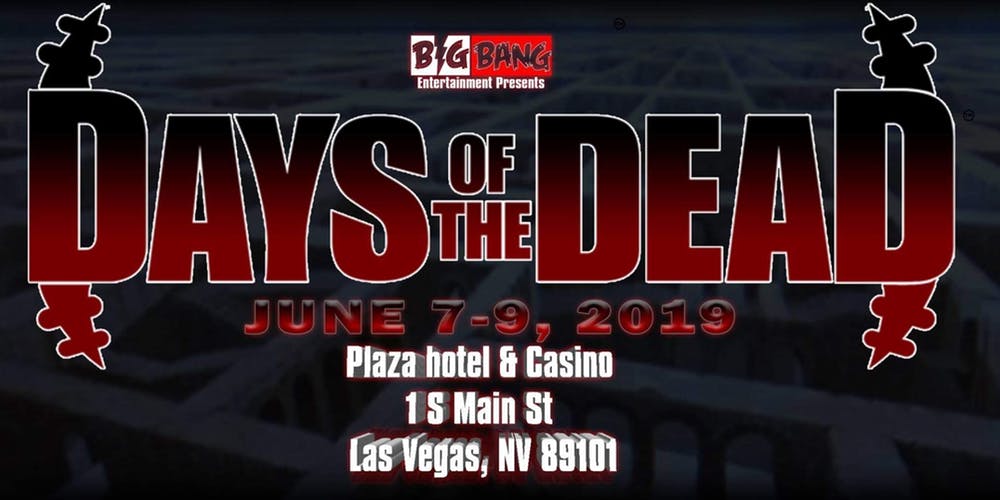 Friday June 7th through Sunday the 9th, The Plaza Hotel and Casino (which was featured in Stephen King’s The Stand mini series on TV) will play host to numerous horror fans coming in from all over to celebrate their love of the genre. With yearly shows already situated in other cities such as Atlanta, Chicago, Indianapolis, and Louisville, I’m most certainly hoping this marks a new annual West Coast visit for DOTD.

Big names like the legendary Clive Barker, Malcolm McDowell, and Linda Blair will be attending. The Master of Horror and personal hero of mine, Clive Barker (Hellraiser, Candyman, Lord of Illusions, Nightbreed) will even be selling original paintings and sketches at the show. Sid Haig (House of 1000 Corpses, The Devil’s Rejects) will be offering in-costume photo ops with him dressed as the iconic Captain Spaulding.

Of course, the celebrity guests are a huge draw. But what I find so appealing about this DOTD is the significant focus on Indie Horror. Spearheaded by filmmaker/photographer Brooklyn Ewing, an impressive listing of panels dedicated to all things Indie will be made available, and I am truly excited for these. 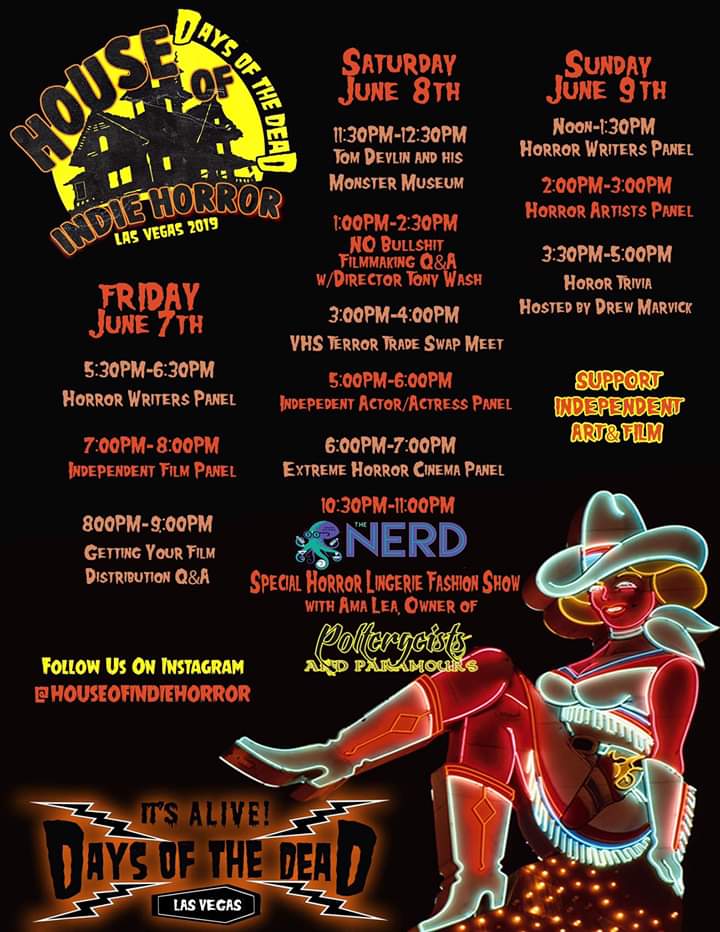 The convention also hosts the wonderful Etheria Film Night, which showcases some of the best female filmmakers.

Rounding out the salute to independent genre offerings is the Reels Of The Dead Film Festival. And folks, I can attest to the awesomeness of each of the Midnight screenings. On Friday, Antonio Pantoja’s One Must Fall will deliver a bloody and entertaining love letter to the slasher films we all adore. Saturday, Unearthed Films will unveil their latest release, A Record Of Sweet Murder from the provocative mind of Koji Shiraishi. If these are what they picked for the Midnighters, I can’t wait to see the other films that are scheduled.

So we got celebrity guests, panels galore, tattoos, costume and trivia contests, professional photo ops, hundreds of vendors, a horror-themed lingerie fashion show put on by the wickedly talented Ama Lea, and a film festival, all with Sin City set as our background. 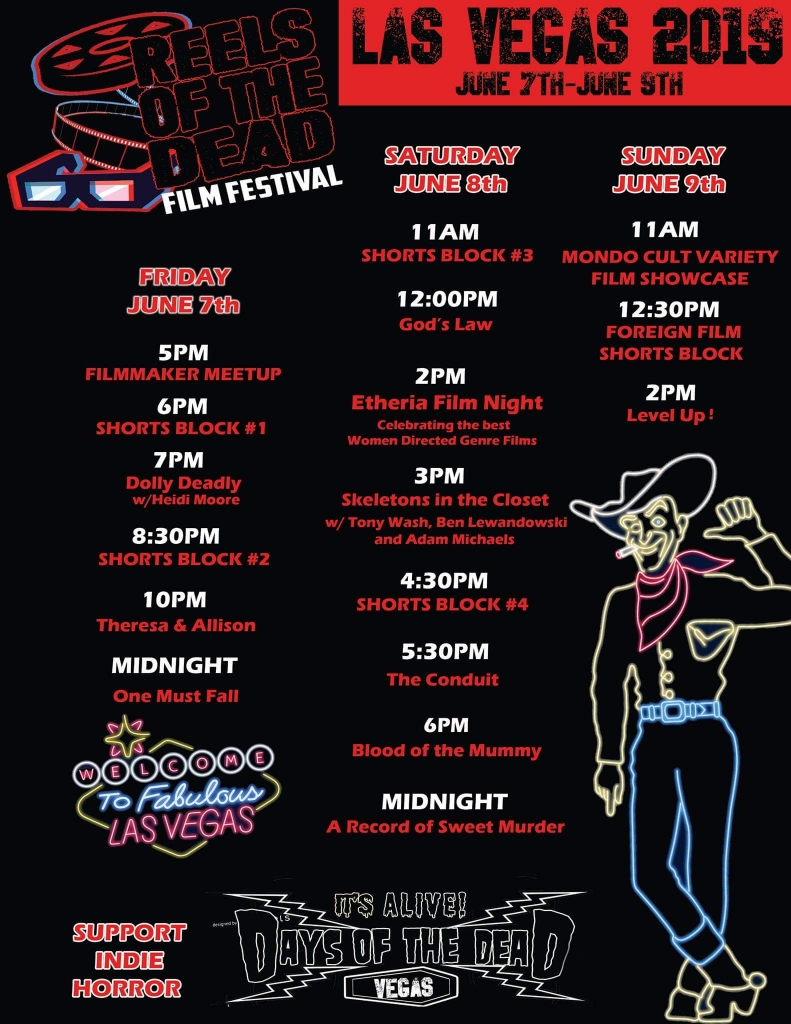 Days of Dead is also an event that carries over into the dark of the night. Attendees can take advantage of epic parties and a slew of incredible late night events. As the convention boasts, “At Days of the Dead, you never know what might happen.”

I’d have to say we are in for one hell of a weekend, horror fans!

Morbidly Beautiful will be there, and we’re thrilled to be covering all the goings-on during this highly anticipated con. If you see us, be sure to say hello. We may have something a little special for you if you do!

If you’d like to purchase your passes to Days Of The Dead in Las Vegas running from June 7th-9th, at the Plaza Hotel and Casino, visit:  https://www.daysofthedead.com/lasvegas/tickets.