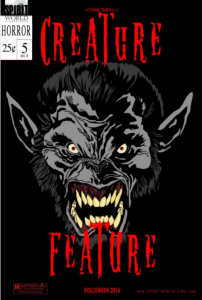 I must be honest, I had not heard much about the film CREATURE FEATURE, but it did not diminish my curiosity about the indie horror project out of Georgia. I really was digging on the artwork used for the promo cards the Spirit World team was handing out here, at Days Of The Dead Horror Convention in L.A. At five o’clock Friday evening, opening time for the convention inside the Marriott Hotel and Convention Center, a small but eager crowd gathered to see what writer/director Chase Smith had to share. 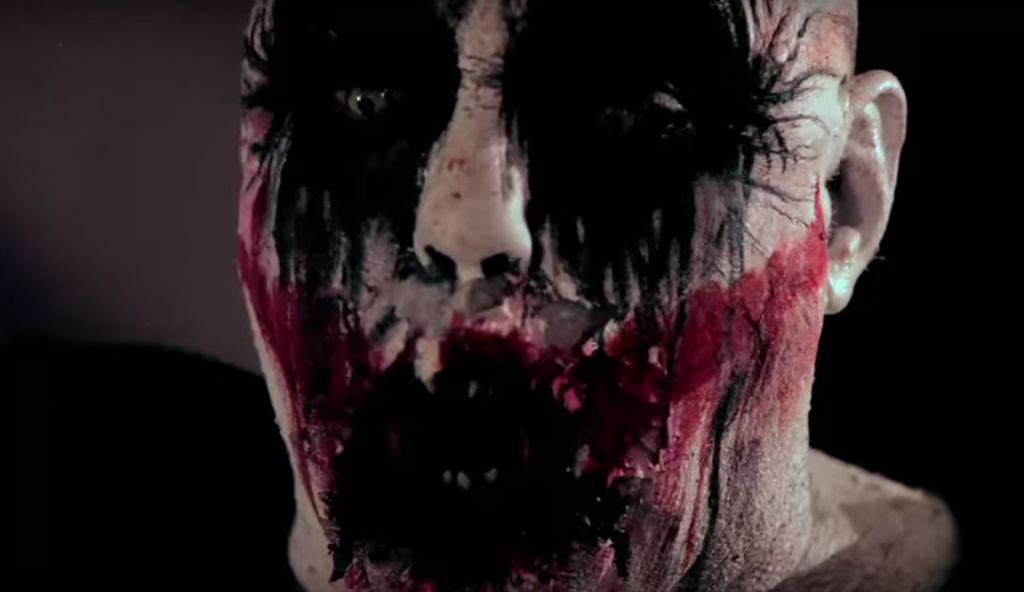 Friendly banter begins, along with a bit of flirting, and a contest of sorts is initiated amongst the group of six. As the costume party and music continues around them, the teens take turns exchanging tales of murder, mystery, twisted folklore, and dark Satanic influences. 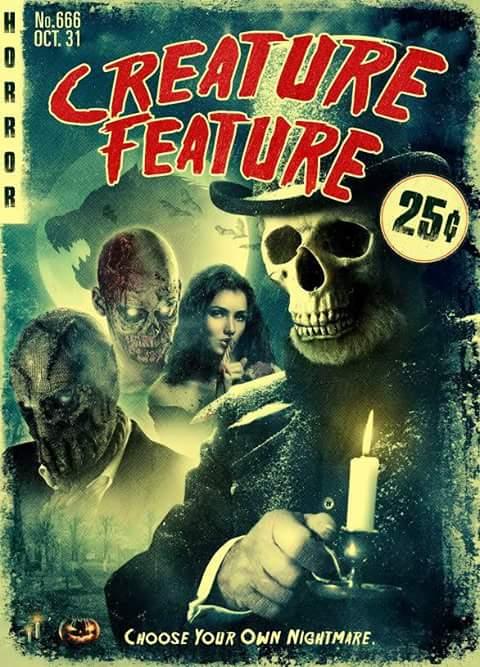 The devilishly handsome Jackson (Lance Paul), in a get up reminiscent of Alex from A Clockwork Orange, kicks things off with a tale about the seemingly small town the teens reside in — a tale steeped in myths and urban lore of supernatural forces lurking in the woods. We as the audience are suddenly thrust into the CREATURE FEATURE comic book itself, the screen becoming a living and frightening comic.

We next meet a couple getting ready for bed, with a young son having issues with severe night terrors. The son claims monsters are in his room, which the mother in the scene blames upon the father. He accepts responsibility with a witty retort concerning his habit to regale terrifying stories before bedtime to his son. With an obvious and heartfelt ode to classics such as Fright Night and Tales From The Crypt, CREATURE FEATURE delivers the genre goods… jump scares well cued, the dangers of underage drinking and unprotected sex, babysitting nightmares, and amazing practical effects.

I should add that the practical effects and make up are pretty exceptional in this indie horror, as a result of the efforts of a talented four person team. CREATURE FEATURE was completed in just 17 days. Despite long hours of shooting in the deep rural areas of Georgia, the small and hard working team behind this film knocked it out of the park. 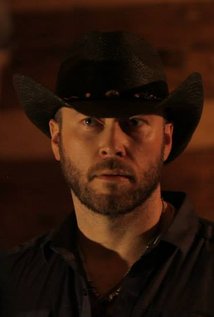 The film was produced by Spirit World Productions, an Atlanta-based Movie Production Company established in 2011. The innovative indie film/video production company was founded by Chase Smith, CREATURE FEATURE writer/director. Together with partner Lance Paul, these two southern boys are proving that you don’t have to run off to Hollywood to follow your movie dreams. During the screening Q and A, we learned that everyone at Spirit World is a family, and they all believe in the spirit of creativity and passion that drives independent filmmakers as a force of originality and innovation for the Hollywood elite.

CREATURE FEATURE is thoroughly entertaining, backed by a well written and, at times, very humorous script. It’s fast paced and broad in the spectrum of monstrous villains, exceptionally well crafted by filmmaker Chase Smith and his talented effects team. His work was also well complimented by the camera department and the strong performances from the young cast. 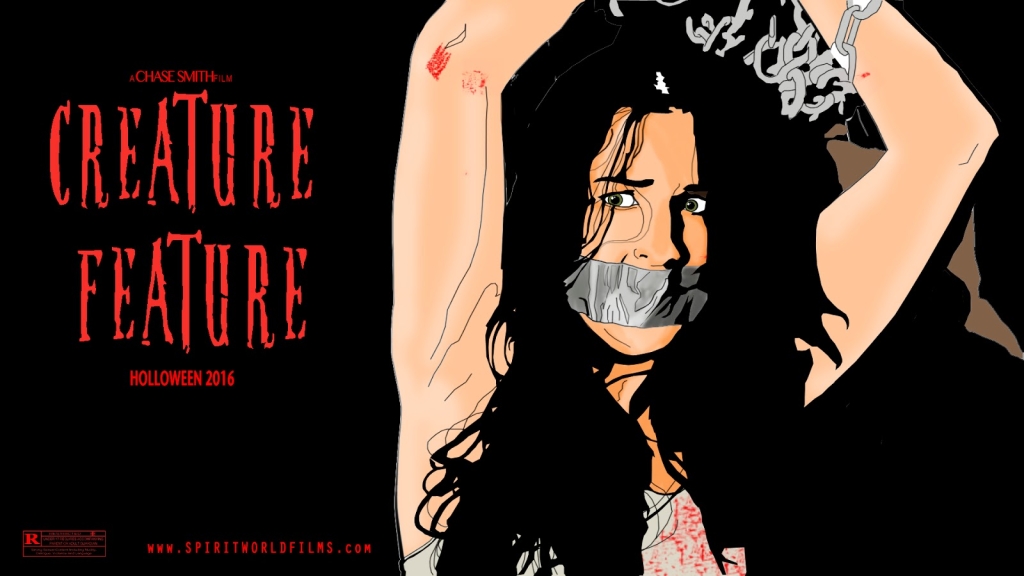 CREATURE FEATURE is a highly enjoyable slasher compilation, introducing us to some rather unsettling monsters: a seriously creepy carnivorous clown, a small coven of witches, zombies, sexual sadists, a werewolf and Satan worshippers. I was impressed to say the least, and it was a great way to kick of DAYS OF THE DEAD L.A.

Check this one out people!