The monstrous creation “Dracula vs. Frankenstein” is a bad movie you need to see — doing everything wrong while putting a spell on you just the same. 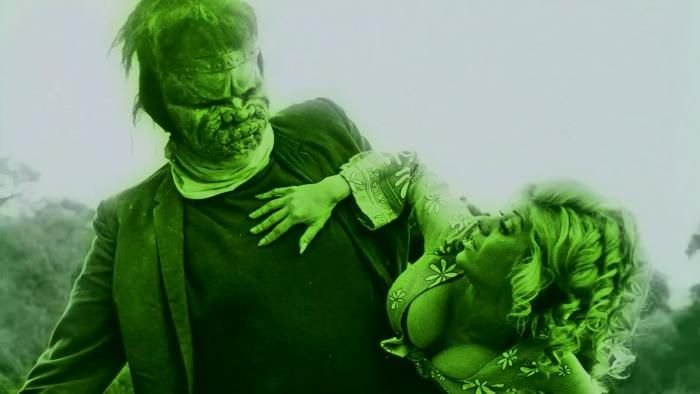 The most famous characters in literature and movies are Count Dracula and Frankenstein’s monster. But it wasn’t until Al Adamson’s 1972 film Dracula vs. Frankenstein that the two legends shared a movie title and promised a long-awaited battle. Universal Pictures had previously produced some movies that had both characters, even putting them against each other, but not to great effect.

But Adamson’s film promised to deliver the big fight, world-altering kind of battle fans had long hoped for.

Using a carnival scare ride as a cover, Dr. Durray (J. Carrol Naish) is working on creating a new blood serum that will create easily controlled human drones. The doctor sends out his grunting assistant Groton (Lon Chaney) to find women, decapitate them with an axe, and bring their bodies and head back to the doctor. 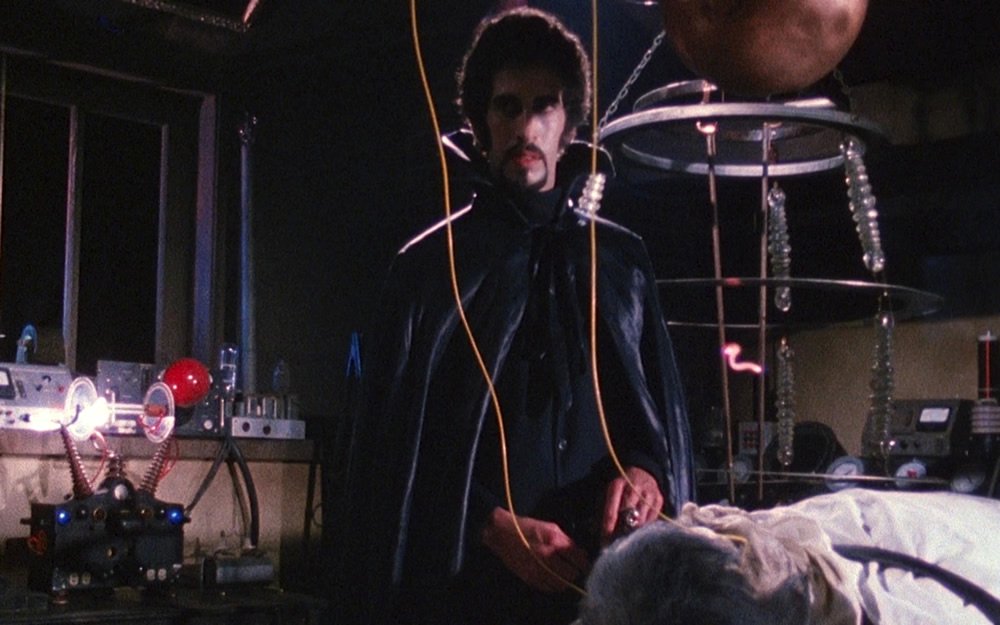 Dr. Durray then re-attaches the head and extracts their blood which, in theory, has gone through a metamorphosis due to the psychological trauma of the violence.

Count Dracula (Zandor Vorkov, real name Roger Engel) learns of the doctor’s experiments. Knowing that Durray is, in reality, the last of the Frankenstein family, Dracula resurrects the Frankenstein monster (John Bloom) to use as trade bait to gain access to the serum. Dracula believes the serum that Dr. Durray is creating can assist Dracula in creating an army of vampires that can walk in the sunlight, and thus take over the world.

One of Durray’s victims is the sister of Vegas singer Judith (Regina Carrol). When notified of her sister’s disappearance, Judith travels to California to try and find out what happened. What Judith uncovers is a plot that could destroy humanity and unleash undead monsters upon the world. 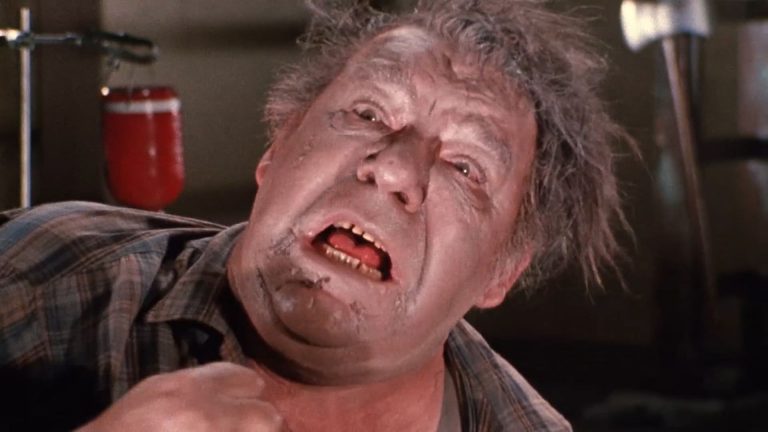 Dracula vs. Frankenstein is, as are many Al Adamson movies, a more interesting behind-the-scenes story than the story on the screen.

Filming started in 1969 under the title Blood Freaks and eventually changed to The Blood Seekers. The movie, at that time, was a biker horror film and did not include the Dracula or Frankenstein characters.

Eventually the decision was made to include the two legendary characters, the title changing one last time to Dracula vs. Frankenstein and eliminating the bikers from the story. The film contains scenes filmed for The Blood Seekers, which leads to a disjointed and scattershot plot.

Adding to the strangeness of this film is the inclusion of a Vegas song-and-dance scene, a bad drug trip by Judith, and a long romantic walk-on-the-beach scene that also includes Judith. The final battle scene was part of additional reshoots, which might have been seamlessly cut into the movie except for the hideous makeup and fake fangs added to Zandor’s Dracula appearance.

For Dracula’s battle with Judith and the monster, garish pasty white makeup is added along with large black raccoon eyes and fangs too large for Dracula’s mouth. Lest you think it’s a subtle change from one scene in a movie to another scene, let me dispel that notion. The change in Dracula’s look happens in the same scene! 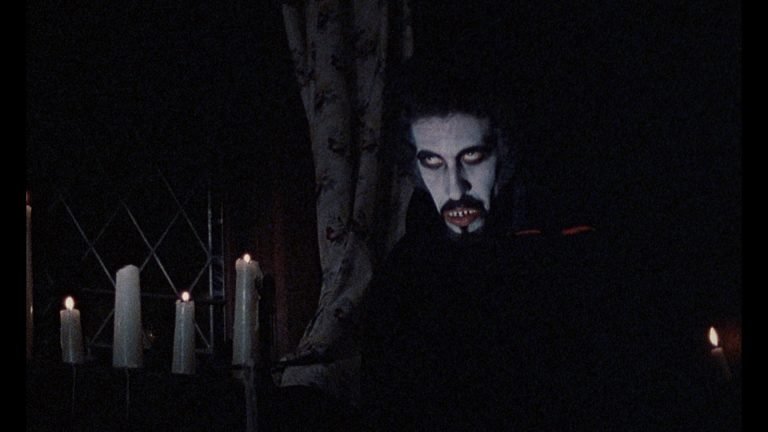 Dracula vs. Frankenstein is not a good movie, but it is the most well-known and successful film of the Al Adamson/Samuel M. Sherman partnership.

Every choice that would normally doom a movie, elevates this bit of schlock to something ridiculously entertaining.

I first watched this movie on television in the 1970s. Dracula vs. Frankenstein made quite an impression on young me, and not a good one. As a fan of Universal monsters, I couldn’t stomach what I was seeing on the screen. Al Adamson’s movie was shown quite a lot in my early years, and I’ve seen it from time to time on TV over the ensuing years. With each viewing, no matter my memory of my first viewing, I began to love this film.

Now, in 2020, Dracula vs. Frankenstein is being discovered by new fans at drive-in screenings and its inclusion in the new Al Adamson box-set from Severin Films.

There are many “bad” movies out there, a good percentage of them made by Al Adamson. But for this monster fan, there are few bad films as entertaining and deserving of fans’ love than Dracula vs. Frankenstein.

There was a time I couldn’t fathom that this movie existed, and now I can’t imagine a world where this movie doesn’t exist.