An atmospheric adaptation of a Bram Stoker story starring a screen legend, this British horror film is subdued, but the insane finale is worth the wait. 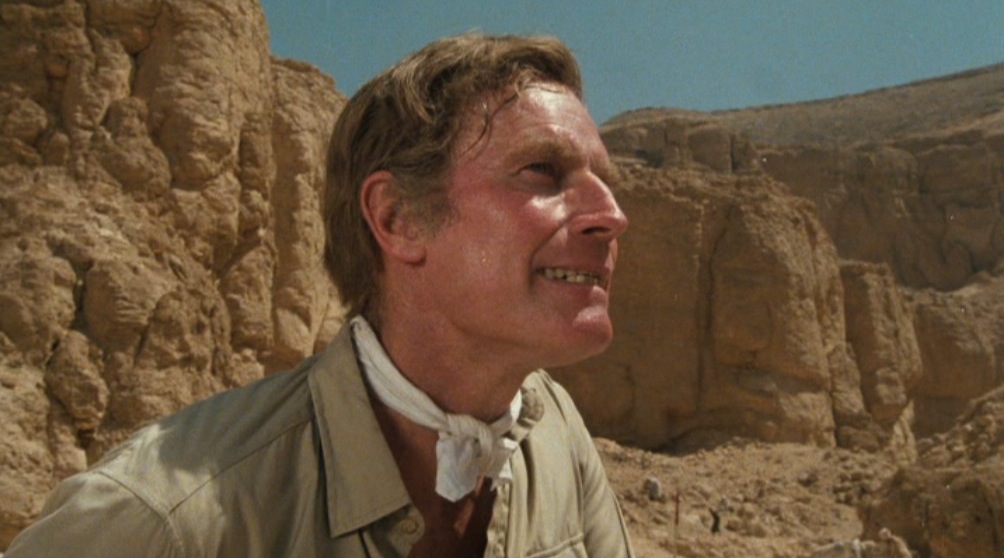 When I think of horror/fantasy movies and Weird Wednesday articles, the name Charlton Heston never jumps immediately to mind. Heston is best known to casual movie fans for movies like Ben-Hur and The Ten Commandments, plus his role as a leading voice in the National Rifle Association.

But Heston also starred in a number of horror/fantasy films over the years, including Soylent Green, The Omega Man, In The Mouth of Madness, and of course a role in one of the great sci-fi/fantasy films of all time, Planet of the Apes (which gave us this all-time great gif — thank you Charlton.

Imagine my surprise, as I perused the Warner Bros. Archive Collection library during their recent sale and discovered that Heston had starred in a mummy movie called The Awakening.

The movie also stars Susannah York and Stephanie Zimblist (maybe best known for her role opposite a pre-James Bond Pierce Brosnan in the 1980s television show Remington Steele). It hit me that this would make a great Weird Wednesday edition. Because, even if it’s not as weird as previous entries, there is sure to be a fair amount of cheese and overly dramatic acting that pushes the entire movie into the realm of the weird.

The Awakening is based on “The Jewel of the Seven Stars,” a Bram Stoker story, published in 1903, six years after the publication of “Dracula.” 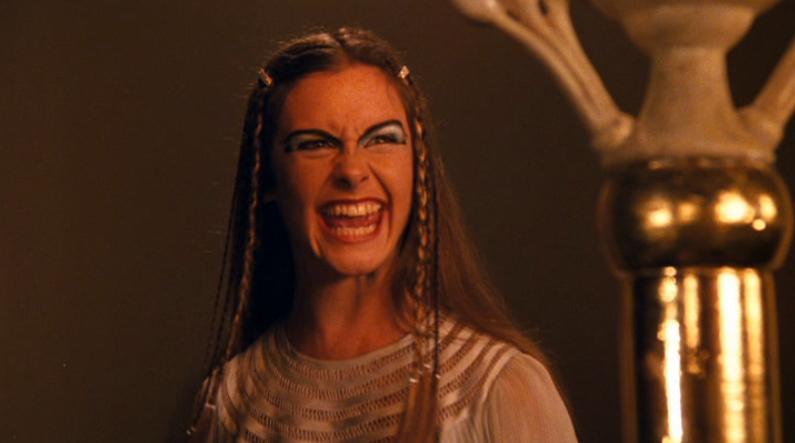 The opening shot of the movie — Charlton Heston in the distance, standing on a sand dune, silhouetted against a setting sun — makes me believe that Steven Spielberg had seen The Awakening before shooting Raiders of the Lost Ark. The movie opens 18 years in the past with the discovery of an unnamed queen’s tomb. Matt (Charlton Heston) is running an archaeological dig for the unnamed queen, and he is joined by his pregnant wife, Anne (Jill Townsend), and his dig partner, Jane (Susannah York).

Once Matt begins to break through the stone and dirt to enter the tomb, Anne begins to have labor pains. Matt and Jane decipher some of the writing on the entrance to the tomb and discover the queen’s name was Kara. Anne must be rushed to the hospital, as the baby is not due for another two months. Matt is more dutiful as an archaeologist than a husband, and as his wife lays comatose in an Egyptian hospital, he leaves her side to return to the dig site.

A piercing scream shatters the quiet of the hospital as Matt enters Kara’s crypt, and she begins to give birth. Matt and Anne’s baby girl is stillborn, and the doctors’ efforts to revive their daughter are futile. But, as Matt opens the sarcophagus of Kara, his daughter mysteriously comes to life in the hospital. Anne is justifiably pissed off that Matt had left her alone in the hospital, so when the baby is healthy enough she takes off with the baby, leaving Matt behind at the dig site.

Did Queen Kara reincarnate into Matt’s daughter? Did he activate an ancient Egyptian curse by violating her tomb? We’ll find out… 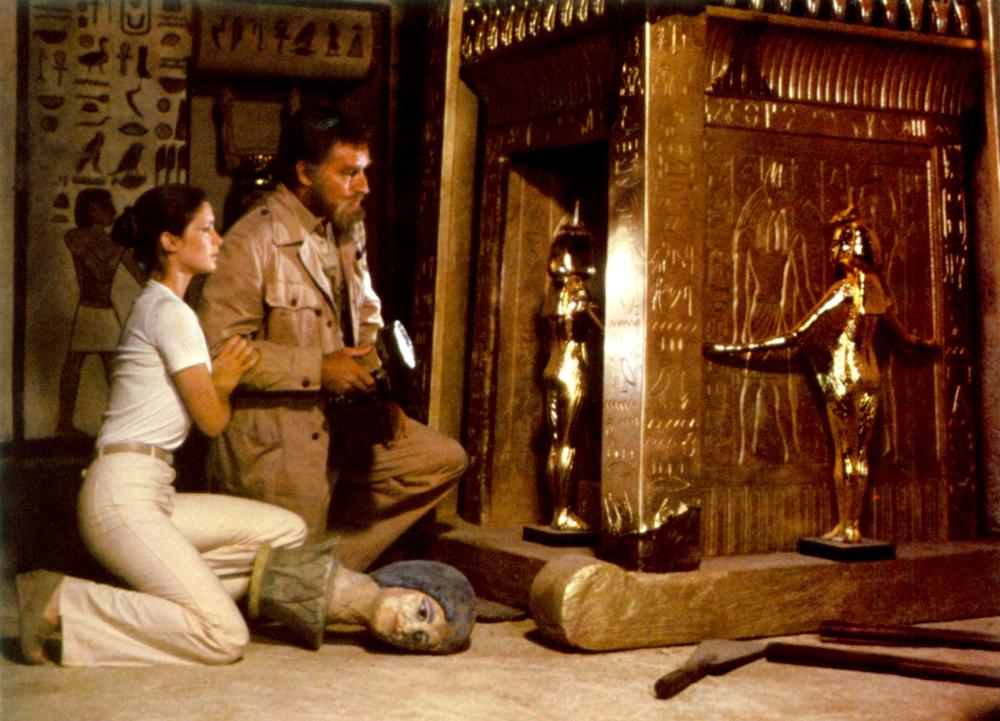 Matt and Anne’s daughter, Margaret (Stephanie Zimbalist), is turning 18 years old. Matt and Anne are no longer together. Matt has re-married his former assistant Jane, and is now head of a British museum. In case one thinks Matt has reconsidered his life-work priorities, he heads back to Egypt when he learns a bacteria is endangering the mummy of Kara; missing his daughter’s 18th birthday party.

Margaret eventually reunites with Matt, but his obsession grows when he learns that Kara had left behind instructions to resurrect her. Kara, after killing her own father (and lover), and anyone associated with her father, was pronounced evil and condemned to death. Kara, however, believed she could escape the Egyptian afterlife.

Margaret begins to show signs that she has the soul of Kara within her, and this drives Matt’s obsession for Kara. While the curse associated with Kara kills those around Matt, he drives himself and Margaret forward toward bringing back the one-time queen from the afterlife.

I was concerned that The Awakening might not live up to the promise of being a “weird” movie. 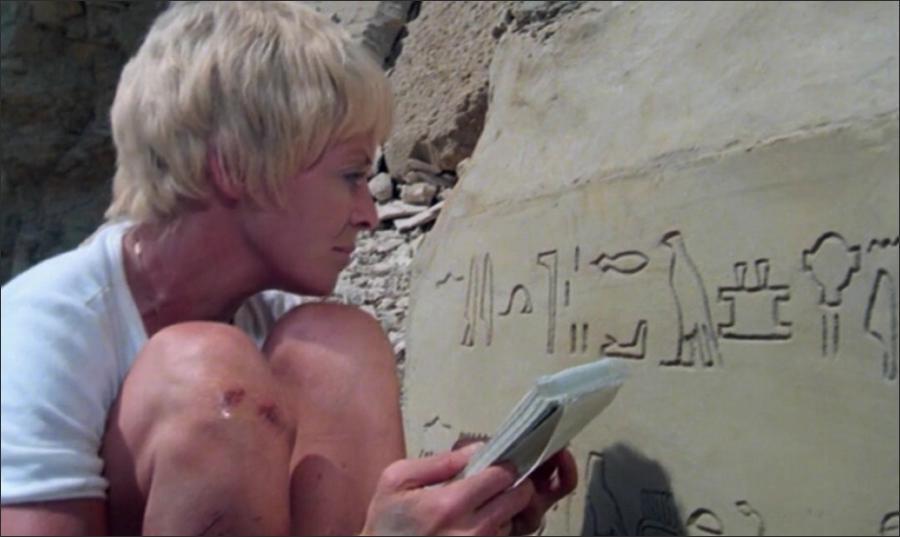 The movie moves methodically through the story for the first hour, and Charlton Heston is, for the most part, mailing in a performance.

There is a bright spot where, in the present, he’s giving a lecture and he’s trying to use a professor voice affect, which could be an attempt at a British accent, or not. Either way it is hilarious, and yes, weird, and he drops it really quick. It is as if he thought of doing an accent halfway through his monologue, realizes it’s not working, then drops it for the rest of the movie.

When the movie hits the last 20-30 minutes, the action really gets going.

There are some interesting acting decisions, especially where Margaret becoming Kara is concerned. Ian McDiarmid (Emperor Palpatine from the Star Wars franchise) shows up as a psychologist in a brilliant but quick role. I defy anyone familiar with Star Wars not to picture Palpatine as the psychologist. His role in treating Margaret is reminiscent of how Palpatine speaks to Anakin in Revenge of the Sith.

However, the chef’s kiss of The Awakening is Charlton Heston in the movie’s finale. 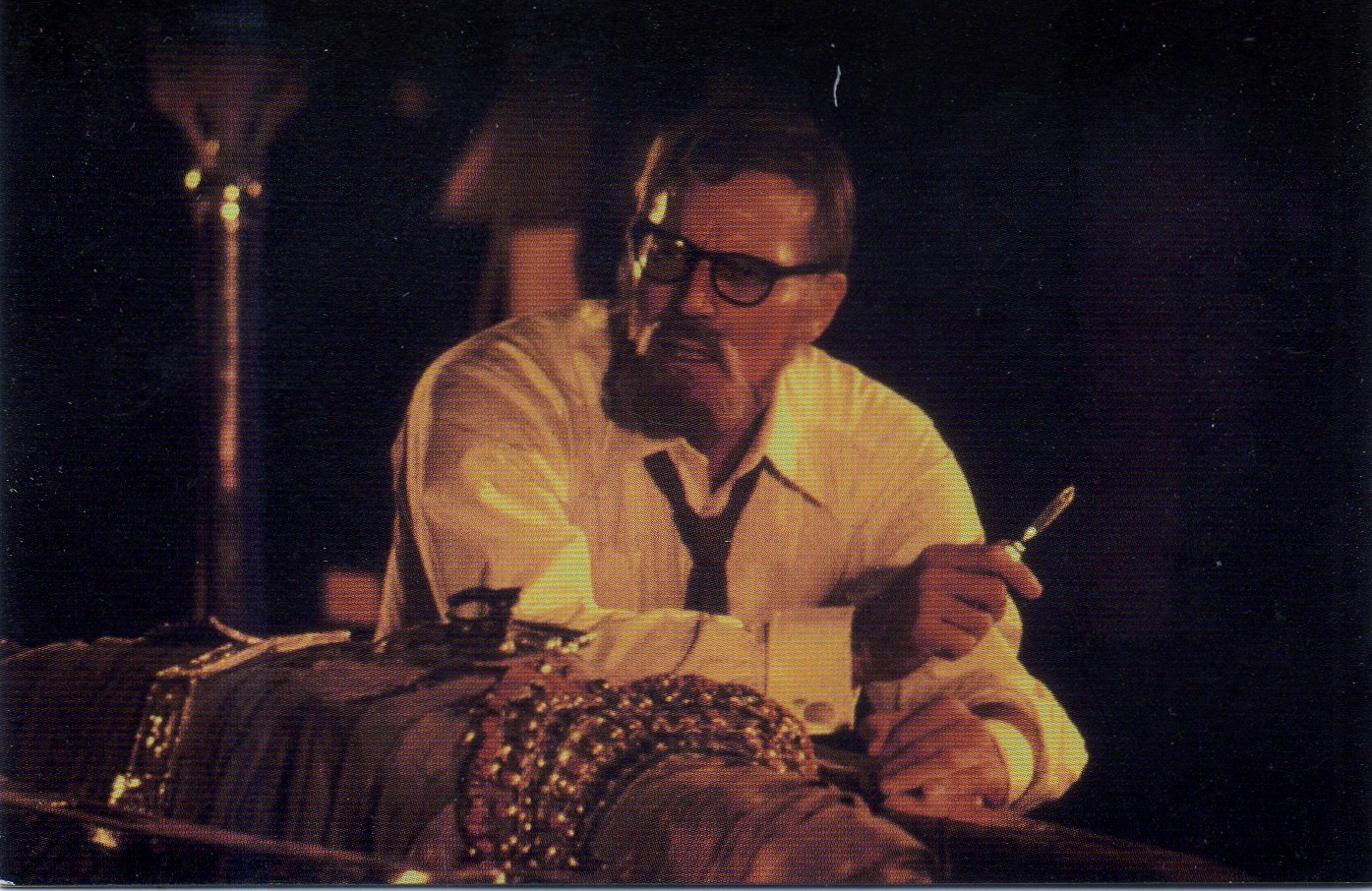 Matt must decide between the life of his daughter and the return of Kara. Heston wakes up and brings his full hammy acting ability to bear in a performance that is as brilliant as it is ridiculous. Admittedly, I cracked a huge smile during the finale.

The Awakening can be a chore to get through, especially in that first hour. Some gruesome, but not overly graphic kills, keep things interesting in the first hour. But the director Mike Newell (known for Harry Potter and the Goblet of Fire, High Fidelity, Four Weddings and A Funeral, and more) takes his time building an atmosphere and using the locations in Egypt to great effect. As I watched the movie, I imagined that this would have been a great movie for a network like ABC and their “Late, Late Movie” that once aired on Saturday nights.