After fan outcry, Michael returns in “Halloween IV”, which also marks the beginning of the franchise’s turn into insanity. 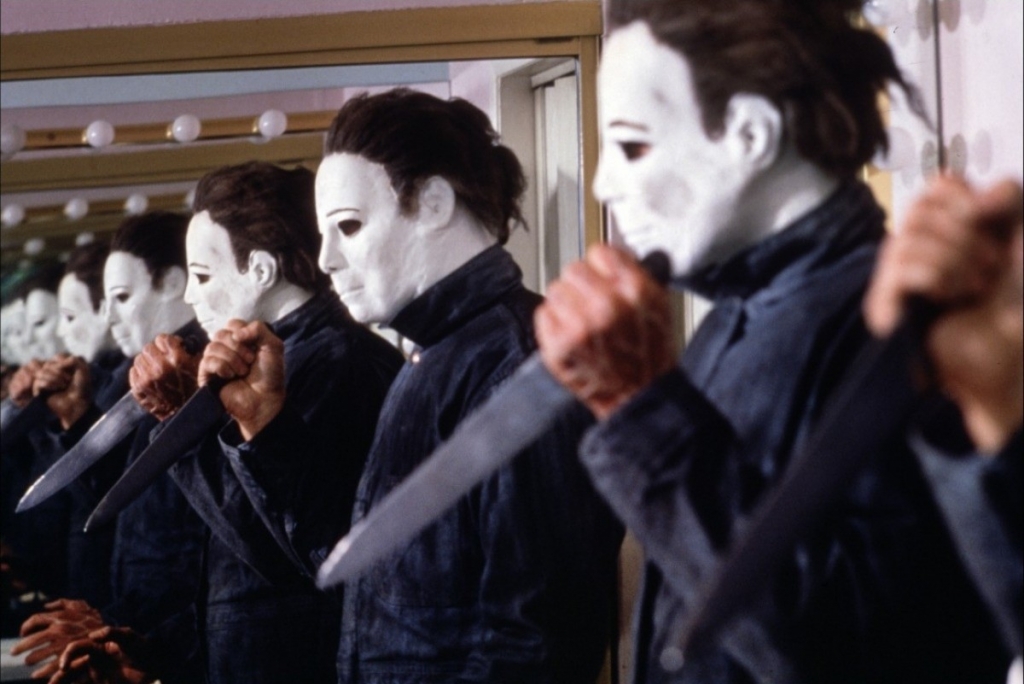 Tonight’s journey is unlike any other. Just kidding! The Heavy breathing asthma demon is back. This time he’s on a mission to delete the family bloodline…literally all of it, even the adoptive side.

Drek is a little perturbed by the angle of the writers at this point, It feels as if they wanted so desperately to finish the Druid storyline. While He appreciates the lovely Danielle Harris’ performance, it doesn’t take away the question…who the hell is Laurie’s baby daddy? Surely it’s not the creepy-ass EMT guy, Jimmy.

This movie also starts the trend of Loomis going off the rails with his bat-shit crazy persona. Drek wonders if the directing advice was, “Hey, you know how your character talks with crazy people for a living? Yea this time, become one.” You’ll see how insane and even indestructible Burnt cheek Loomis is as this movie progresses.

Drek enjoys how crafty Michael is becoming in this film, He’s becoming a serial killer Kevin Mccallister. The last 30 minutes of the movie was Michael primarily showboating, He made more human wall ornaments, tricked the Sheriff’s daughter, and played even more shenanigans throughout this film!