We continue our look at the popular V/H/S/ found footage anthology series, rewinding to the 2013 sequel V/H/S/2 (S-VHS). 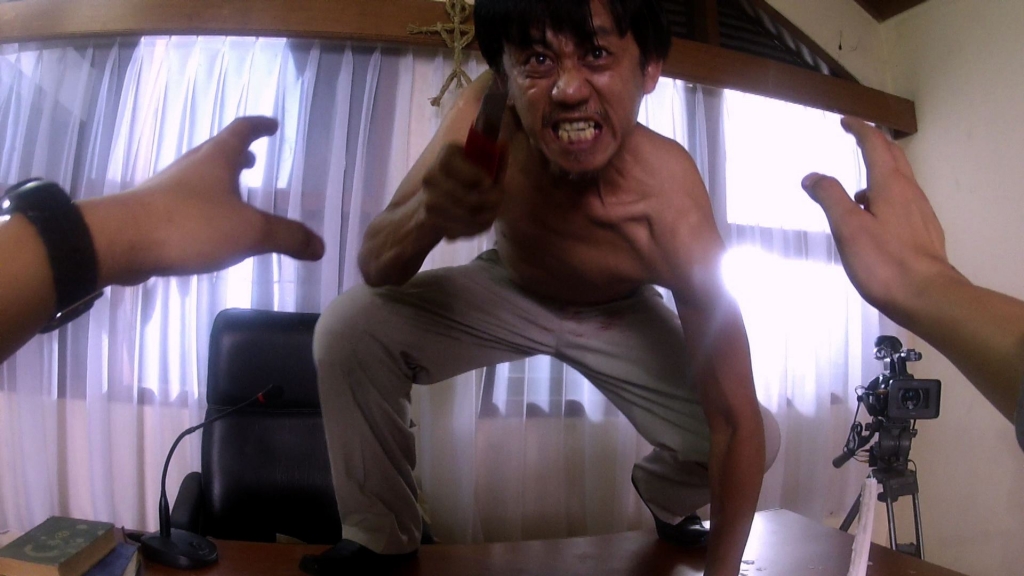 You would think by now, going inside a creepy abandoned house to find a VHS shrine with scattered tapes blanketed on the floor would scare anyone away. Yet, people are so hell-bent on the truth that they will seek out an answer, even if that means risking their spaghetti basket being slit wide open.

SEGMENT 1: Robo-Douche is the kind of guy who spends extra on electronics, instead of fixing his uninhabitable house. The hauntings he experiences felt like a good case of karma, for those that don’t deserve that level of technology. The hilarity of decisions starts when cyclops gets startled by his teapot walking the plank to the hardwood floor. I should preface this by saying, I don’t know to the full extent of every decision I would make in his situation, but Jesus H. tits, I wouldn’t hunker down in a bathroom. During the entire segment, I’m wincing at the fact that this man is sleeping in a bathtub without a pillow. How is he not writhing in pain from the headaches? 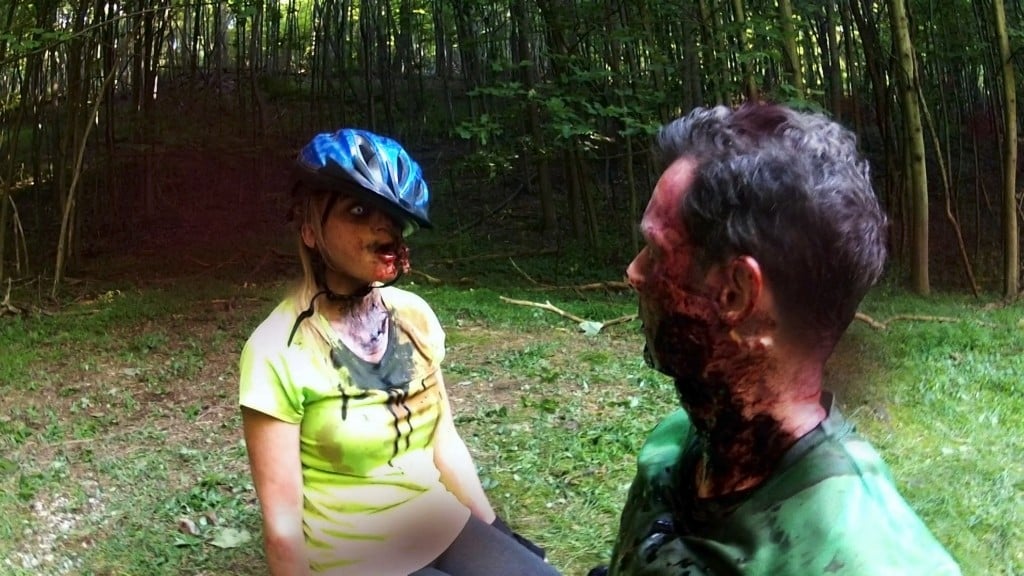 SEGMENT 2: Wannabe Bucky Lasek ditches his woman for the chance to hit some sick ollie-copter tricks. After proceeding to stop his bike for an injured and helpless woman on the side of the bike trail, his woman definitely spawned that zombie demon to chomp on his veiny neck flesh. It’s the right amount of payback for denying relations with your significant other. Bike trailing over commencing in bed wrestling? The zombies seem to have a Dawn of the Dead style of consciousness; from picking up weapons, dodging attacks, and even wielding a firearm and shooting pedestrians.

SEGMENT 3: Charles Manson has been long gone by now. But we still see documenters wanting to explore the vast world of cults/communes for their next bullshit project for film class. The hints the leader gave in the restaurant were enough to make me end the interview mid-speech. Can we not ignore the little girl silently screaming for help as the crew arrives? I know it’s another country, but why is that documentary so important? I can guarantee you that anyone handing me a voodoo stick/twig doll is immediately getting a visual of my fatass running away. SEGMENT 4: It’s party time, excellent when the parents leave for the weekend and leave the older kids in charge. Unfortunately, leaving these degenerate, immature leeches alone gives certain creatures open season. If you see someone or something spawn a beam of light in the sky, your next course of action should not be hiding in a barn built when cows’ milk was discovered. You obviously can’t hide from them, so why not fight back with everything you have in that four-foot meat sack? The real hero in this story isn’t a human, an alien, or the video camera; it’s the cute doggo that (almost) saves the day.

SEGMENT 5: The last series of unfortunate events mold a couple of classic horror films into one. I don’t believe people in horror films, have actually seen any horror films in their entire life. Rest assured, hiding in a closet hoping Michael “POV PERRY” Myers doesn’t Kool-Aid Man his happy ass right through doesn’t mean some ghost demon won’t be hiding in there waiting for his time to pounce on some fresh feared soul.