“Blood Diner” director Jackie Kong launches “KONG COMICS” with a Kickstarter Campaign the month of October, and you can get involved!

Jackie Kong, the fearless director who has brought us the cult favorites, The Being and Blood Diner, has just announced her latest endeavor, and we are thrilled to be the first to tell you all about it.

Taking on the limitless creative possibilities granted within the world of comic books, Jackie is proudly kicking off a Kickstarter campaign to help bring us Kong Comics. That’s right! A brand-new comic series created by Jackie Kong, titled Spend the Night, is in the works. And fans can get in on the action beginning next month, October 5th, with the first edition issue ONLY AVAILABLE TO KICKSTARTER BACKERS.

Spend the Night aims to bring a wildly imaginative and bloody Urban Legend from the swamps of Louisiana to life via the uninhibited world of comic narratives and the unique mind of icon, Jackie Kong.

Straight from the press release:

“I can do crazy shit, that has never been done before on film in comics. I’m excited to give my fans this opportunity to get in on exclusive ‘SPEND THE NIGHT’ issues and stuff only available on Kickstarter.” 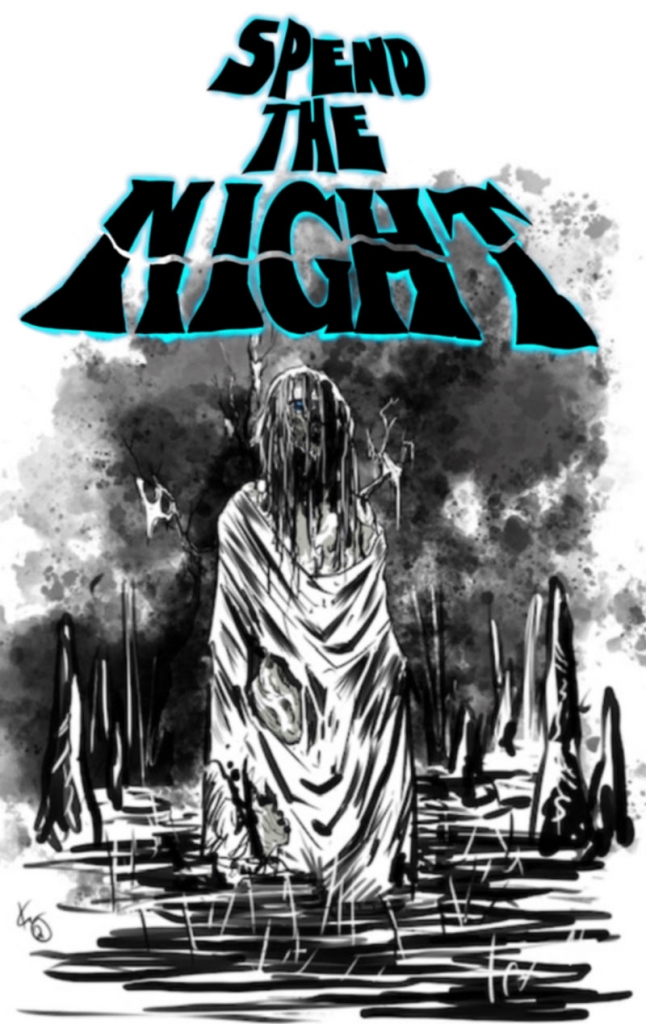 Backers can take advantage of extremely LIMITED PERKS, including specials for those that contribute on Day 1 and within the first 72 hours as well as exclusive, personally autographed covers.

Oh, and the first 100 pledges will get a secret perk free. So be sure to mark your calendars for October 5th so you can be among the first to support the first Kong Comic, Spend the Night.

You’ll even have the chance to be immortalized in the first issue. How cool is that?!

We’ll have the link to the Kickstarter campaign for you later this month. Stay tuned to this site for more details regarding Spend the Night, a new comic series from cult creator and iconic woman in horror, Jackie Kong!