Two special guests join us to discuss a polarizing guilty pleasure with an all-star cast and a legendary director, 2001’s “Hannibal”

EPISODE SUMMARY
We ran a poll on social media platforms to see which film we would look at in our “Scenery-chewing Serial Killers edition” of the series. Would it be 2000’s The Cell or 2001’s Hannibal. Well, the vote was pretty close. But in the end, it was the cinema’s favorite cannibal that won out!

ABOUT THIS EPISODE: HANNIBAL WITH GUESTS NICHOLAS PAYNE SANTOS AND GRAHAM HUGHES 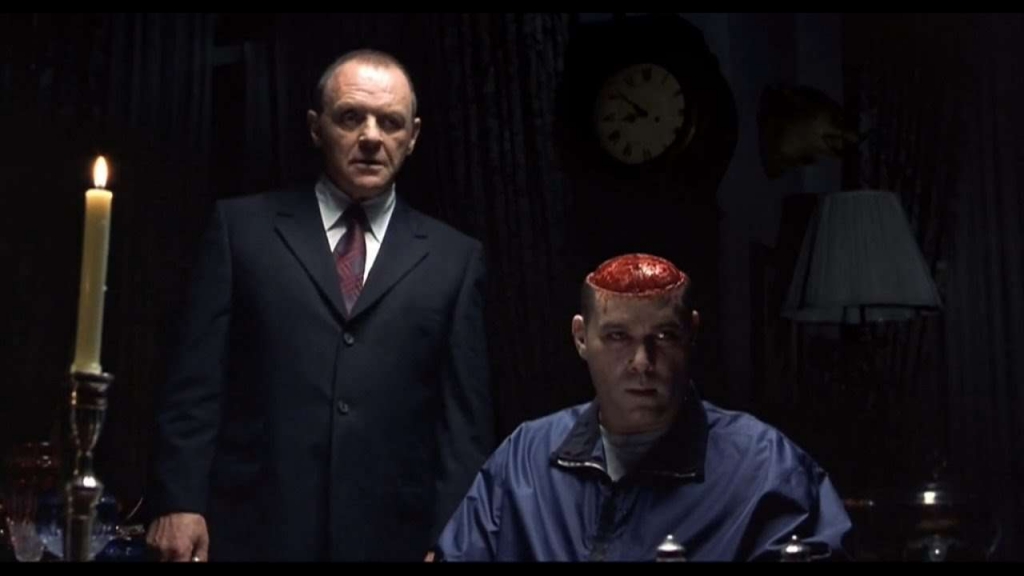 Alongside NHE host Scott Murphy, we have a couple of great former guests in the form of It Cuts Deep director Nicholas Payne Santos and Death of a Vlogger director Graham Hughes.

Over the course of the episode, you will hear a lot of disagreement about just how bad or not the movie actually is. There is also much discussion on the infamous Ray Liotta brain-eating scene, how all three can see why Jonathan Demme and Jodie Foster didn’t return, and just how much fun Anthony Hopkins appears to be having.

Elsewhere, we talk about Julianne Moore’s weird imitation of Jodie Foster, try to make head or tail of Mason Verger’s (Gary Oldman) convoluted plan, and how the movie feels like three separate films running concurrently as opposed to one cohesive film.

Plus, they get into how the opening shootout appears to have been shot by Tony rather than Ridley Scott and whether or not Ridley Scott has a sense of humor.