June is PRIDE month and, to celebrate, we’re sharing our top ten favorite and influential LGBTQ horror films of past and present

Horror movies don’t have the best track record when it comes to LBGTQ characters, who are often either invisible, expendable, or one-note stereotypes. In spite of that, horror so often speaks to those on the fringe of society who have felt demonized and victimized. And some horror films (increasingly more and more) have given these historically marginalized fans much more to love. As PRIDE month comes to a close, we wanted to take the opportunity to recognize ten of our favorite LGBTQ horror films. While some are explicit in their depiction of gay characters or themes, others are less overt or simply influenced in meaningful ways by a LGBTQ filmmaker and/or actor. We will be entering some potential spoiler territory here, so be forewarned. 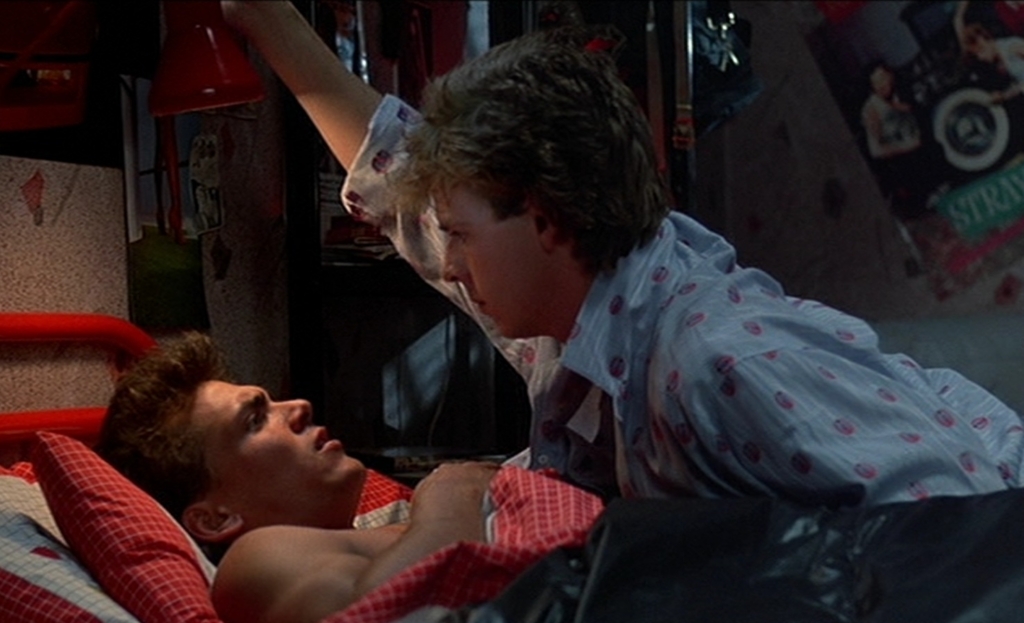 In 1985, a young Mark Patton landed the lead role in the horror film A Nightmare on Elm Street 2: Freddy’s Revenge portraying Jesse Walsh, a teen whose body becomes possessed by Freddy Krueger. Critics and audiences noted the not-so-subtle gay subtext of the film. Initially, screenwriter David Chaskin attributed this to Patton’s performance, but later confessed during the 2010 documentary Never Sleep Again: The Elm Street Legacy that he, himself, was responsible for the film’s deliberate gay subtext.

Known in cult circles as gayest horror blockbuster ever, Freddy’s Revenge is often seen by film scholars as the definitive metaphor for homosexual teen horror. There’s this emergence of a terrifying and destructive force which exacts fantasy punishment on that which it’s attracted to and alienates the teen from his family and the affection of a well-meaning but sexually predatory girl.

Patton, who now works primarily as an interior designer, says he gave up on his acting career following being cast in a planned CBS series in which he would have played a gay character. “They began to ask me if I would be comfortable playing a gay character and telling people I was straight if they began to question my sexuality? All I could think about was how everyone I knew was dying from AIDS and we were having this bullshit conversation. My heart just broke and that was the line for me. I knew I would never be able to do what they were asking, so I walked away from Hollywood and decided to move on to a place where it was totally acceptable to be gay.”

Fortunately, Patton made his triumphant return to acting in the great independent paranormal horror film Family Possessions, written and directed by gay filmmaker Tommy Faircloth. This is another one we highly recommend. 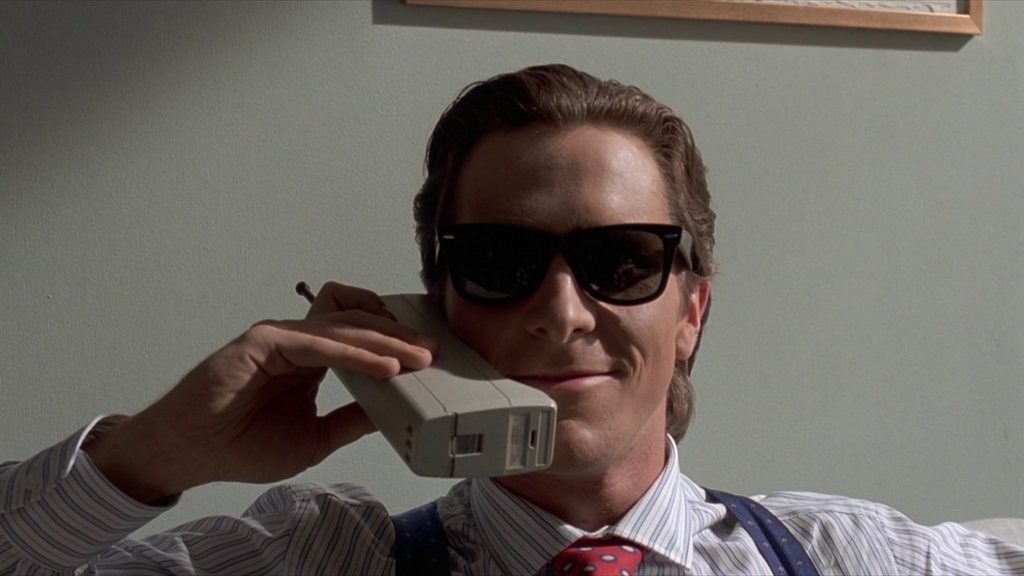 Often hailed as one of the smartest and best films in modern horror, lesbian director Mary Harron’s masterful adaptation of Bret Easton Ellis’s controversial text is one of the most scathing indictments of heterosexual male behavior ever committed to film. Arguably, it’s the most successful “unfilmable” movie ever made.

Co-written by lesbian icon Guinevere Turner (who also plays one of the funnier victims), the movie is dark, funny, bloody, and incredibly insightful. The film is a metaphor for the excess of the 80s, a time that saw the rise of feminism and rampant gay panic. Christian Bale plays serial killer Patrick Bateman, a hyper-masculine and completely self-absorbed narcissist, obsessed with perfection.

While many have speculated Bateman himself is a repressed homosexual, the focus is more on his hatred of women and gay men, which is ironically contrasted with his own obsession over the very thing he mocks these groups for desiring: status. The film skewers the notion of homophobic machismo in a particularly poignant scene when the character of Luis Carruthers (Matt Ross) escapes the clutches of the killer simply because his gayness scares Bateman so much that he can’t kill him.