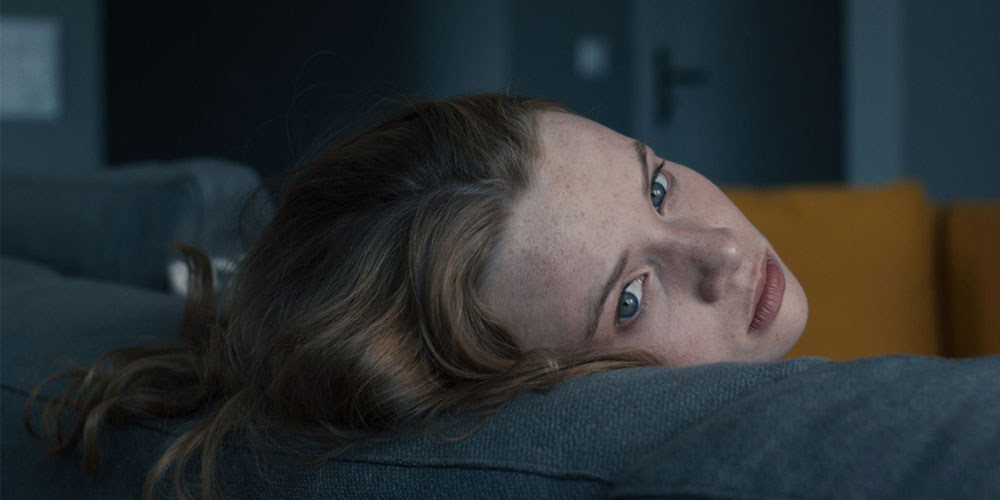 Writer/Director Lisa Bruhlmann’s BLUE MY MIND, a fantastical meditation on the pain and confusion that often accompanies the transition from a child to a young adult, makes its Canadian premier at Fantasia Fest.

Luna Wedler stars as Mia in what should be a star-making role. As Mia integrates herself with a new group of friends, she begins to go through changes that audiences are all too familiar with in horror movies – beginning of her period, increase in sexual appetite, a need to engage in dangerous behavior, and acting out of the norm.

Mia’s parents seem at a loss as to how do deal with her changing body and personality, but they don’t seem interested in finding out what is happening to Mia. Mia’s parents only want her to stop changing, to stop acting out, to essentially stop changing from a girl into a young woman. Only Gianna, who goes through her own changes in BLUE MY MIND, attempts to find out what is happening to Mia.

Following on the success of Julia Ducournau’s RAW (the 2017 French indie sensation), BLUE MY MIND takes a different approach to similar themes of emerging sexuality, emotional changes, and blossoming womanhood.

While RAW is visceral and shocking, BLUE MY MIND feels more set in the real, despite the fantastical trappings. I could empathize with many of the emotions Mia was going through, especially the feelings of disconnect with her parents.

Who doesn’t remember that time in our lives when our bodies start to change, and seemingly betray us? And aren’t there many teens who, at least at one time, wonder if their parents are really their parents?  I have gone through times where I was convinced I had been adopted. When children hit their mid-teens, every emotion is churning and everything is felt more powerfully, which can cause teens to act out in response to feelings they can’t comprehend or control yet.

That’s Mia’s journey in BLUE MY MIND, and the difference between this movie and movies that use a similar trope — GINGER SNAPS, RAW, STARRY EYES, and more — is that Lisa Bruhlmann’s movie is filled with hope. BLUE MY MIND gives hope that we can survive these years and come out better on the other side.

Gianna’s changes, though overshadowed by Mia’s story, are just as important to the movie.  Gianna starts out as a hard-partying, sex-obsessed, small-time mall crook who lives with a father who, while being physically present, isn’t there for his daughter. She acts out in her own way to get attention she isn’t getting at home. Meeting Mia triggers her own growth as a person. 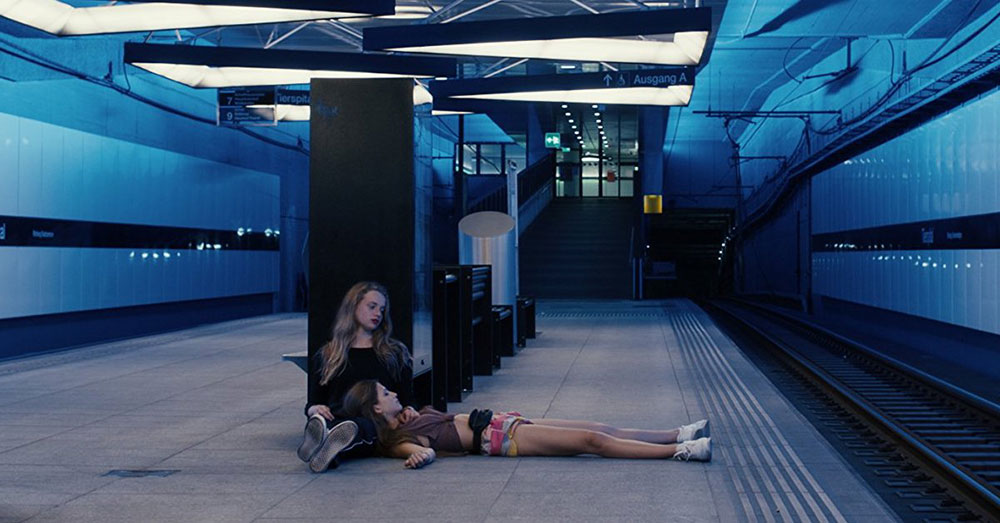 As the leader of her group of girlfriends, Gianna doesn’t see anyone as her equal or as a true friend. Mia is someone that can stand up to Gianna and be her equal, and together they have an unspoken bond that changes Gianna for the better.

As much as BLUE MY MIND is about the bodily and emotional changes of Mia and Gianna, it’s also about the strong bonds of friendship that becomes a sisterhood based on respect, trust, and love.  When Mia and Gianna arrive at their final scene, they arrive there because of the bond that has grown between them.

Lisa Bruhlmann has created a story that transcends the bounds of the fantasy genre, and makes well-worn themes feel fresh and new. BLUE MY MIND is a movie that will, I believe, be a genre favorite for years to come.