If you’re in the mood for something off-beat, treading familiar ground but on a different path, Mickey Reece’s “Climate of the Hunter” fits the bill. 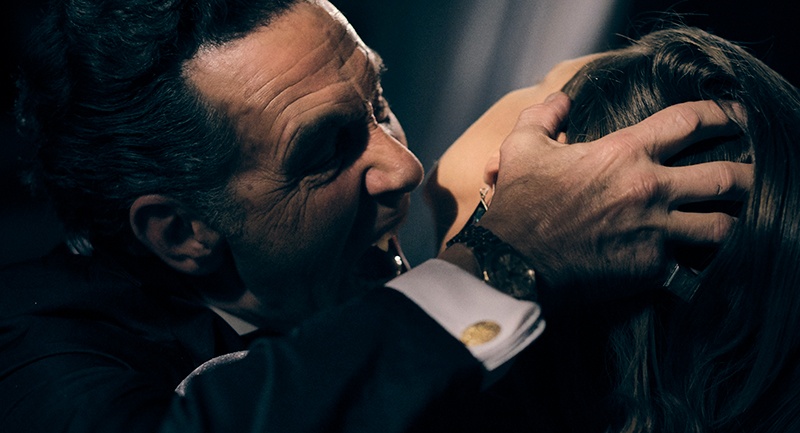 Director Mickey Reece opens his latest film, Climate of the Hunter, with a psychological report on a character yet to be introduced. Immediately, Reece creates a mindset for digesting the events of the movie.

Two sisters, Alma (Ginger Gilmartin) and Elizabeth (Mary Buss) meet at a family cabin. They are not only reconnecting with each other but eagerly awaiting the arrival of a childhood friend, Wesley (Ben Hall). Almost immediately, the sisters start to snipe and squabble at each other. Elizabeth is especially cutting with her remarks about Alma’s choices in her life.

It becomes evident that the two sisters are in a constant competition, trying to constantly one up the other. Elizabeth is cruelly motivated to win in any perceived competition with Alma.

When Wesley, an author, philosopher, and raconteur, arrives, the sisters begin to vie for his attention. Wesley loves the attention, a rapt audience for his long dissertations on philosophy, the stars in the sky, and any subject that happens to come up. 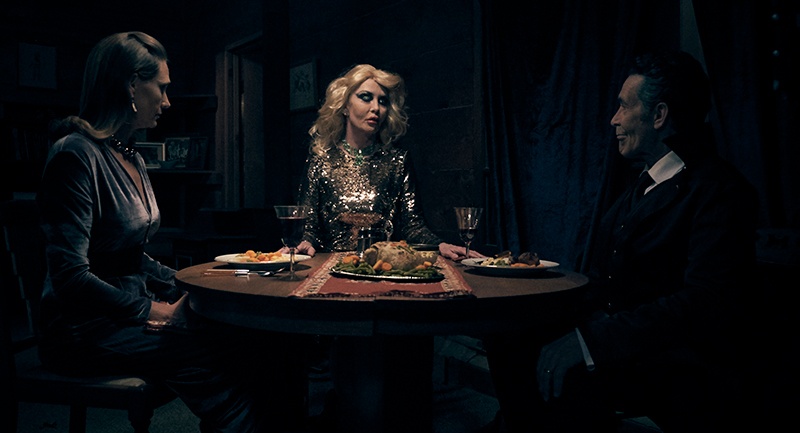 Soon Wesley turns his attention toward Elizabeth, and she aggressively pursues him.

Alma turns to a local woodsman and friend, BJ Beavers (Jacob Snovel), to talk about Wesley. BJ does not trust him and tells Alma there’s something off about him.

Alma, one afternoon, enters Wesley’s cabin to talk to him. She sees him sleeping on his bed in a luxurious sleeping garment. Candles are lit around the bed, and Wesley appears corpse like. Later Wesley’s son arrives and an incident during dinner drives Alma’s suspicions higher, and she heads back to BJ. They agree that Wesley must be a vampire.

Alma, aroused by BJ’s paranoia, searches for clues to Wesley’s intent as Elizabeth continues to ignite her new romance with Wesley.

Climate of the Hunter is an atypical vampire movie and will likely turn off casual horror fans. 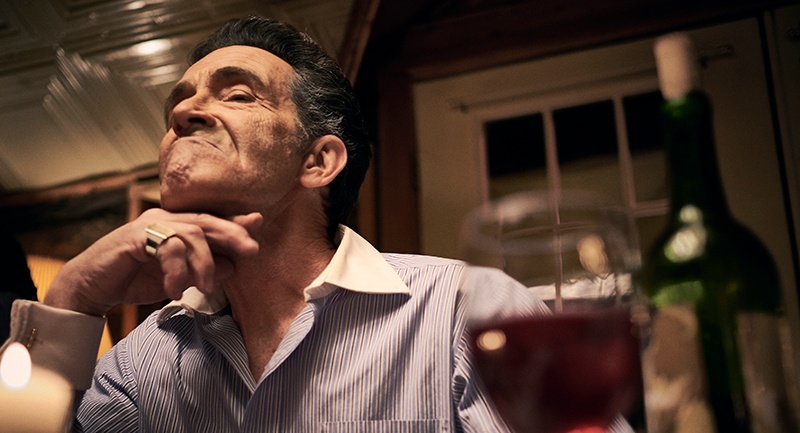 Reece creates a dreamlike quality that leads to nightmarish visions reminiscent of movies such as Harry Kumel’s Daughters of Darkness, Larry Fessenden’s Habit, and Abel Ferrara’s The Addiction.  The dreamy oddness of Climate of the Hunter is only increased by short introductions of the food being eaten in the scene, narrated by what sounds like a girl.

The opening shot of the psychological report is key and is a clear indicator of what is happening.

But Reece is so masterful in his focus on the drama playing out with Wesley and his family, as well as Alma and Elizabeth, that you cannot help but believe that Wesley is a vampire and wonder if he’s targeting the sisters for sustenance or to join him.

Climate of the Hunter, co-written by Reece and John Selvidge, is dialogue heavy. 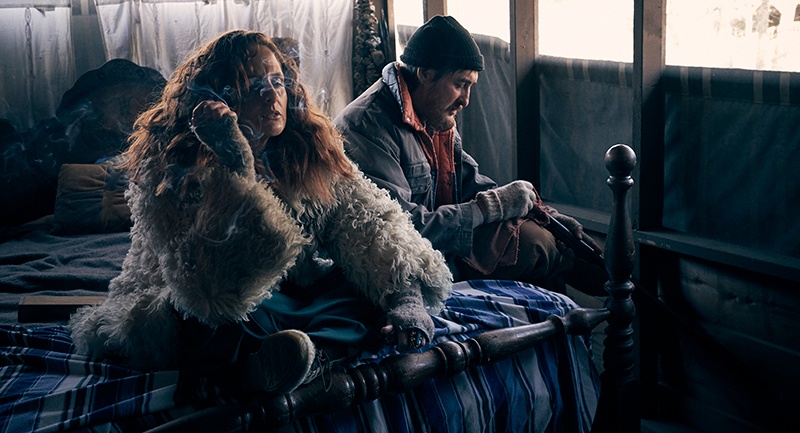 The actors are more than up for the challenge the script presents.

The movie is elevated by a brilliant performance by Ben Hall. His smooth voice and assured manner is reminiscent of Tarantino and Kevin Smith favorite, Michael Parks. Hall’s voice and magnetic eyes draw in the sisters as well as the audience.

Ultimately, like so many great horror films, the compelling story isn’t the horror. Climate of the Hunter is about families, the disturbing inner workings and rivalries that evolve between siblings, and even a parent and child.