Celebrating the humanity in horror movies and those who love them, “Hail to the Deadites” is a heartfelt tribute to fandom — and one hell of a fun watch.

“Everything you will see in the next 80 minutes was created by Evil Dead fans.”

There is a solid list of horror films that have revolutionized the genre and helped change its landscape; ultimately standing the test of time. Films such as Texas Chainsaw Massacre, Psycho, Halloween, A Nightmare On Elm Street, The Exorcist, Jaws, Alien — and of course, The Evil Dead — can easily be included in this prestigious category.

Released in October of 1981, The Evil Dead became the independent, low budget film that delivered on all fronts. Quickly earning fans and critical praise during its theatrical run, both in America and abroad, the film’s legacy was truly cemented upon its VHS release. It immediately became a huge hit in the UK, even out-grossing large-budget horror releases such as The Shining.

Sam Raimi’s quirky, gory creation continued to grow in popularity over the years with two direct sequels (Evil Dead II and Army of Darkness), a cable television spinoff (Ash vs. The Evil Dead), and a legion of fans.

Hail to the Deadites is a documentary salute from director Steve Villeneuve to those die-hard Evil Dead fans, known as the Deadites. 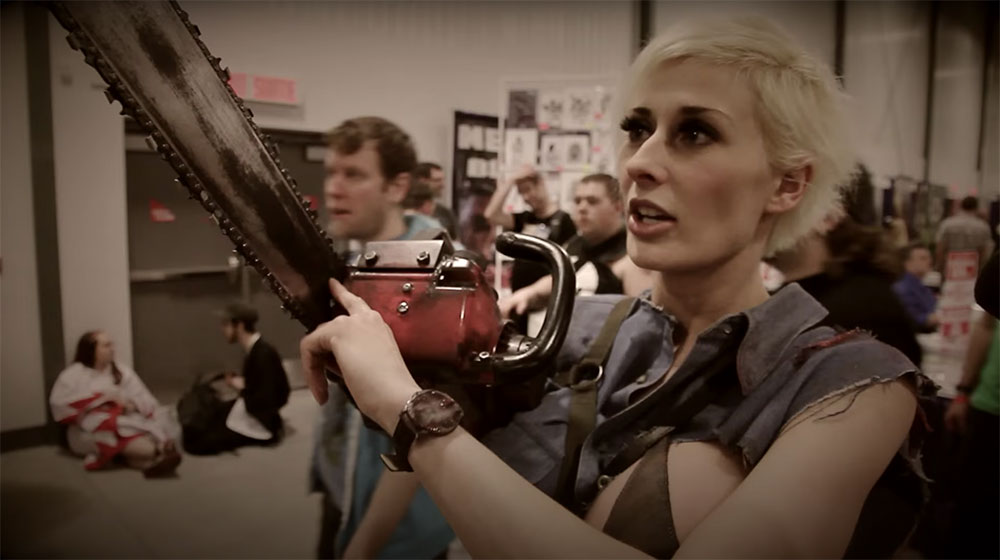 After years of being in development, the documentary finally found a premiere home at this year’s Fantasia International Film Fest.

The enduring legacy of Evil Dead is of course attributed to writer and director Sam Raimi, along with his outstanding cast and crew. But it also owes a great debt to the countless fans that have remained loyal over the years — dedicating their collections and admiration to the popular franchise.

Hail to the Deadites supplies the viewer with a healthy dose of Evil Dead nostalgia, as filmmaker Steve Villeneuve makes his way across the country — visiting horror meccas, such as Cinema Wasteland, Horror Hound, and a handful of others — interviewing fans, horror journalists, and key members of the franchise. We also get a glimpse into the impressive collections of die-hard fans who have opened their hearts, and their wallets, to this franchise.

Of course, all of this is exactly what you would anticipate from any fan documentary of this nature. And it certainly delivers on those expectations, providing an enjoyable bit of fanfare.

But Hail to the Deadites also delivers some deeply personal stories of those impacted by this undisputed horror classic. 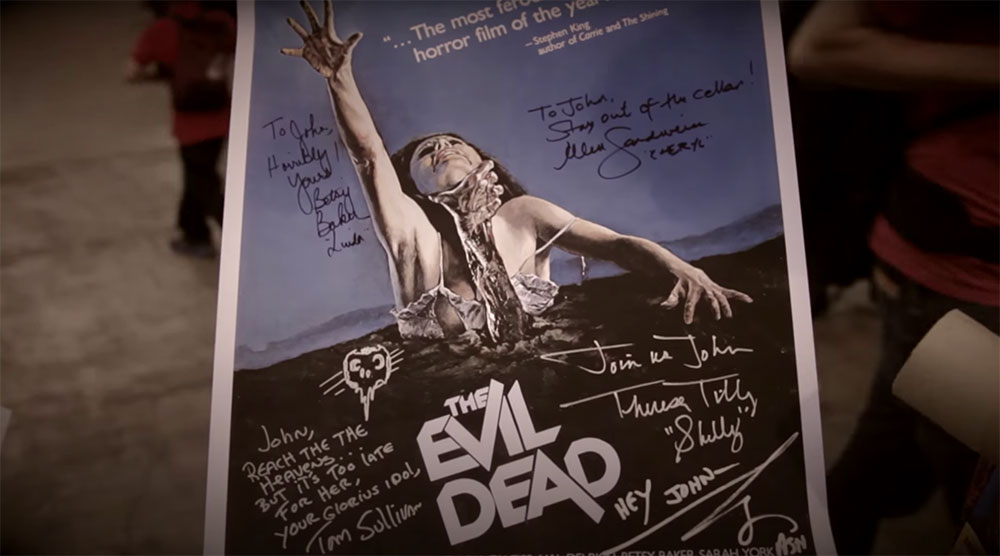 I was more moved than I expected to be, especially by the passion of Evil Dead FX Artist Tom Sullivan.

The documentary not only features the legendary Bruce Campbell, Ted Raimi, Tom Sullivan, Bill Moseley and Danny Hicks (just to name a few) — as well as renowned horror journalists Chris Alexander and Michael Gingold — but it also shows a healthy reverence for those homegrown, online Evil Dead headquarters. Showcasing the talents of fans worldwide, Hail to the Deadites is complete with a wide array of homages, including fan-made rotoscopes, claymation, cosplays, weddings, The Evil Dead Musical and more.

While, HAIL TO THE DEADITES doesn’t necessarily offer any new or groundbreaking commentary, the documentary’s aim was to showcase the powerful camaraderie among fans — and in that vein, it more than succeeds, delivering a seriously welcome and uplifting watch amidst the current state of the world.

Without passionate fans, even great films could easily fade into time and be forgotten in favor of the next big thing. This has definitely not been case for The Evil Dead.

Hail to the Deadites proudly demonstrates and lovingly celebrates the undying devotion to this ambitious, early 80s horror classic — one that has forever altered the course of the genre.