Fantasia Film Fest gives budding horror writers and filmmakers a chance to learn from one of the brightest stars in genre filmmaking, Mike Flanagan.

Fantasia Festival 2020 truly made the absolute best of a bad situation. Amid the real life horror of COVID 19, the prestigious fest continued its tradition of giving genre fans the best in diverse, high quality entertainment and content, even as this year’s festivities were moved entirely to a virtual setting. Though the incredible lineup of genre films from around the world were geo-locked to Canadian audiences throughout the fest, a host of special events were offered to fans worldwide at no cost via Zoom.

This gave fans forced to shelter at home  — including those who may not have otherwise been able to make it to the world-renowned Candian film fest, typically held in Quebec — the opportunity to partake in the panel experience, while learning from some of the best and brightest creatives out there.

On Sunday, August 30th at 3:00 EST, Fantasia held a conversation with director and writer Mike Flanagan, hosted by none other than Mick Garris. The event, entitled Torn from the Page, Bled into Light: Mike Flanagan on Literary Adaptation and Personal Horror Creation, was of course a treat for fans of Flanagan. But, truly, it was something special for anyone and everyone who loves horror.

Those lucky enough to tune in received an intimate glimpse into Flanagan’s adaptation process and what has informed his horror creations. 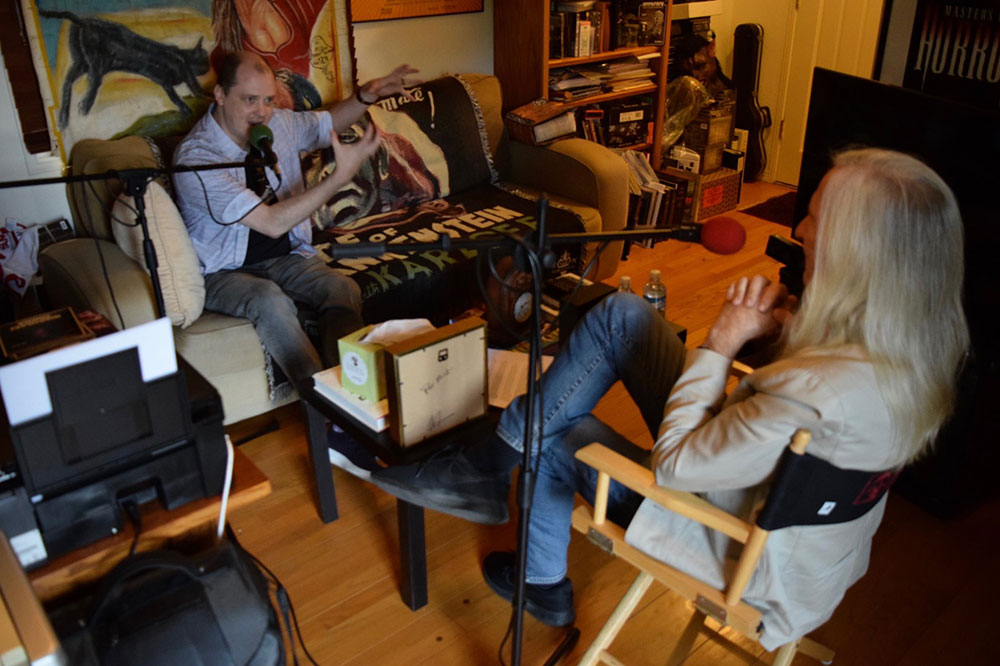 Garris and Flanagan are excellent in conversation with one another. Those who have listened to Garris’s podcast Post-Mortem should be familiar with this due to Flanagan being a frequent guest. The easy rapport of the two laid the groundwork for an entertaining and intimate journey into storytelling. Flanagan enthusiastically makes the audience privy to the ins and outs of his creative process, which include lots of annotations and sticky notes when it comes to adapting.

Flanagan keeps the books on hand when he’s at the helm of an adaptation and often uses a ton of flags and post it notes in order to keep track of his thoughts and ideas. At the end of the filming process, the copy that he used throughout is left worse for wear — but most definitely well loved.

In addition to using the text as a sort of holy text when adapting, Flanagan always keep respect for the source material and the author at the forefront.

Flanagan spent a lot of time talking about the pains he went through in order to properly honor Stephen King and Shirley Jackson.

Flanagan’s passion and attention to detail is on full display while talking about making sure he remained true to the themes of the works he’s adapted and making sure to honor the author and their intentions.

While The Haunting of Hill House was his own twist on Jackson’s classic tale, it was born chiefly out his love for Jackson and her work. Flanagan wanted to keep intact the idea that ghosts are the projections of the characters’ damaged psyches.

When it came to writing the adaptation of Doctor Sleep, Flanagan so revered King’s opinion of his screenplay as well as the changes he made that, had King not approved of the script, Flanagan would have gracefully bowed out of the project.

Thankfully, King loved the screenplay, and the world was able to see the wonder of Flanagan’s Doctor Sleep. In fact, King actually had to stop reading the script in order to attend his son Joe Hill’s nuptials.

There’s a lot to be learned from Flanagan, and he relays his tales with such warmth and humility that it’s like sitting down and listening to an old friend. 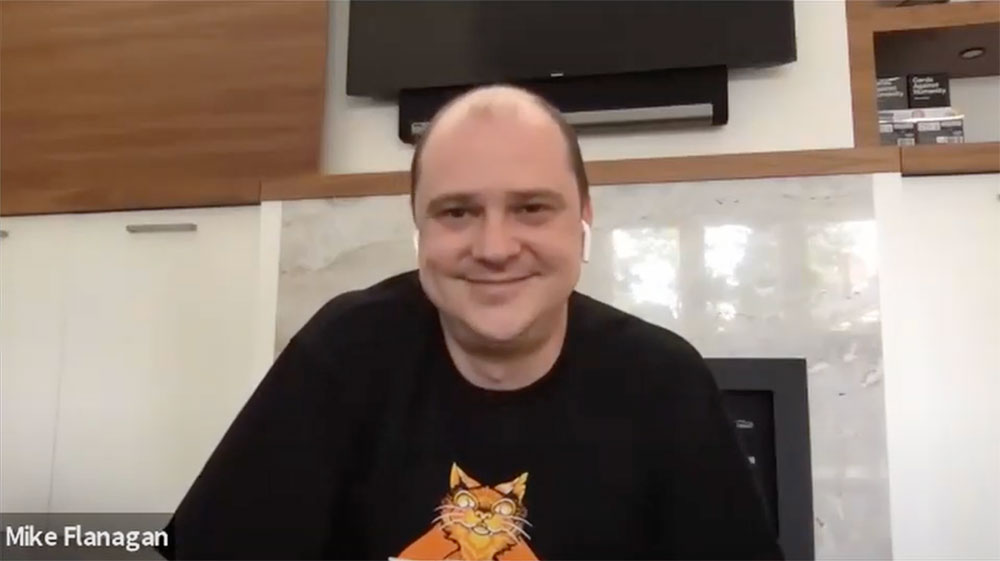 He’s never afraid to shy away from the emotional and difficult parts of creation and is always gracious when discussing the process. It’s an honor to get to listen to a creative who truly loves what they’re doing, and Flanagan is an absolute joy.

I fully encourage you to give the discussion a watch. Fantasia has conveniently uploaded it on their YouTube page here.

It’s a short but meaningful viewing and will give you a lot of insight into the adapting and filming process. In fact, my only complaint is I wish that the whole discussion had been longer! But I suppose that’s always the complaint when one is in company as good as Flanagan and Garris.