“Laughter” is a surreal, deeply affecting and unforgettable exploration of surviving trauma, the power to heal, and the connective ties that bind humanity. 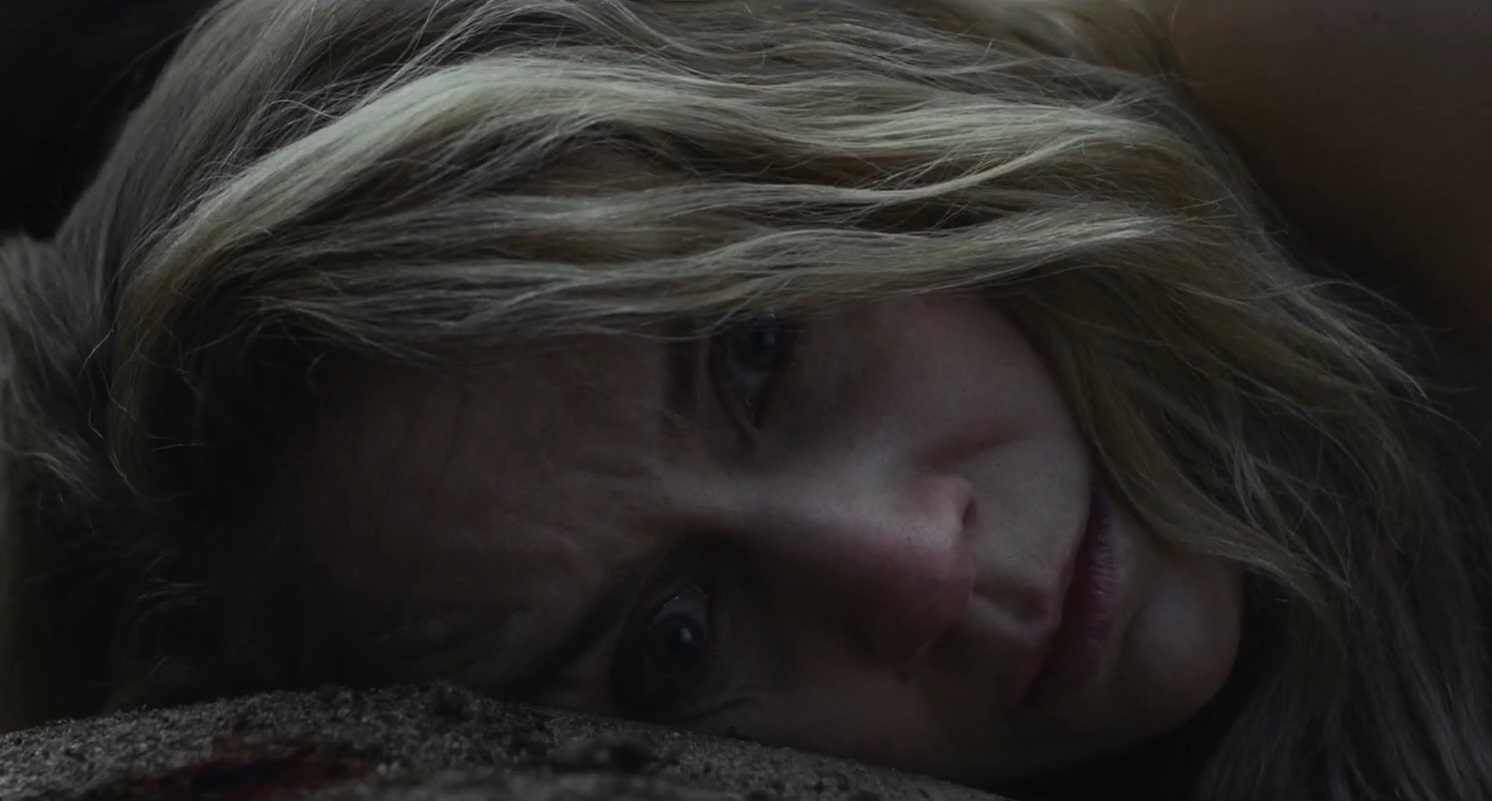 It’s difficult to review movies like Martin Laroche’s Laughter (Le Rire); the sheer amount of symbolism to unpack and interpretations to dissect would more appropriately require a dissertation. Even the plot cannot be distilled into a few mere paragraphs without losing some of the essence of what the film is truly about or watering down the complex array of experiences it conveys.

I’ll give my best effort to do the film justice, but I’ll warn you upfront that my own personal take on Laroche’s masterpiece is probably just one of thousands of potential interpretations.

The film abruptly drops us into an alternate universe’s timeline in which Quebec suffered a horrific civil war in the mid 2010s. In a scene that closely mirrors stories of The Final Solution in Nazi-occupied Poland, Valérie (Léane Labrèche-Dor) is rounded up along with her boyfriend and others from her town, forced to strip, and marched naked through the forest to a mass grave where each person is methodically shot in the neck by their fellow French Canadian citizens.

The bullet meant for Valérie misses, and she is left to crawl her way out of a pit of her dead neighbors and to try to reestablish her life amidst her grim new reality.

Flashing forward a few years, Valérie has found stability in a relationship with her new boyfriend, Gabriel (Alexandre Landry) and in a job at a care facility where she has developed a close bond with one of its elderly residents, Jeanne (Micheline Lanctôt). Through all the pain and joy, the cruel and serendipitous unpredictability of life, Valérie finds a way to keep her laughter alive — even as her world is turned upside-down by the sudden return of an unwelcome face from her past.

Stylistically the film could be described as a lighthearted take on David Lynch…or perhaps a bleaker version of Amélie. 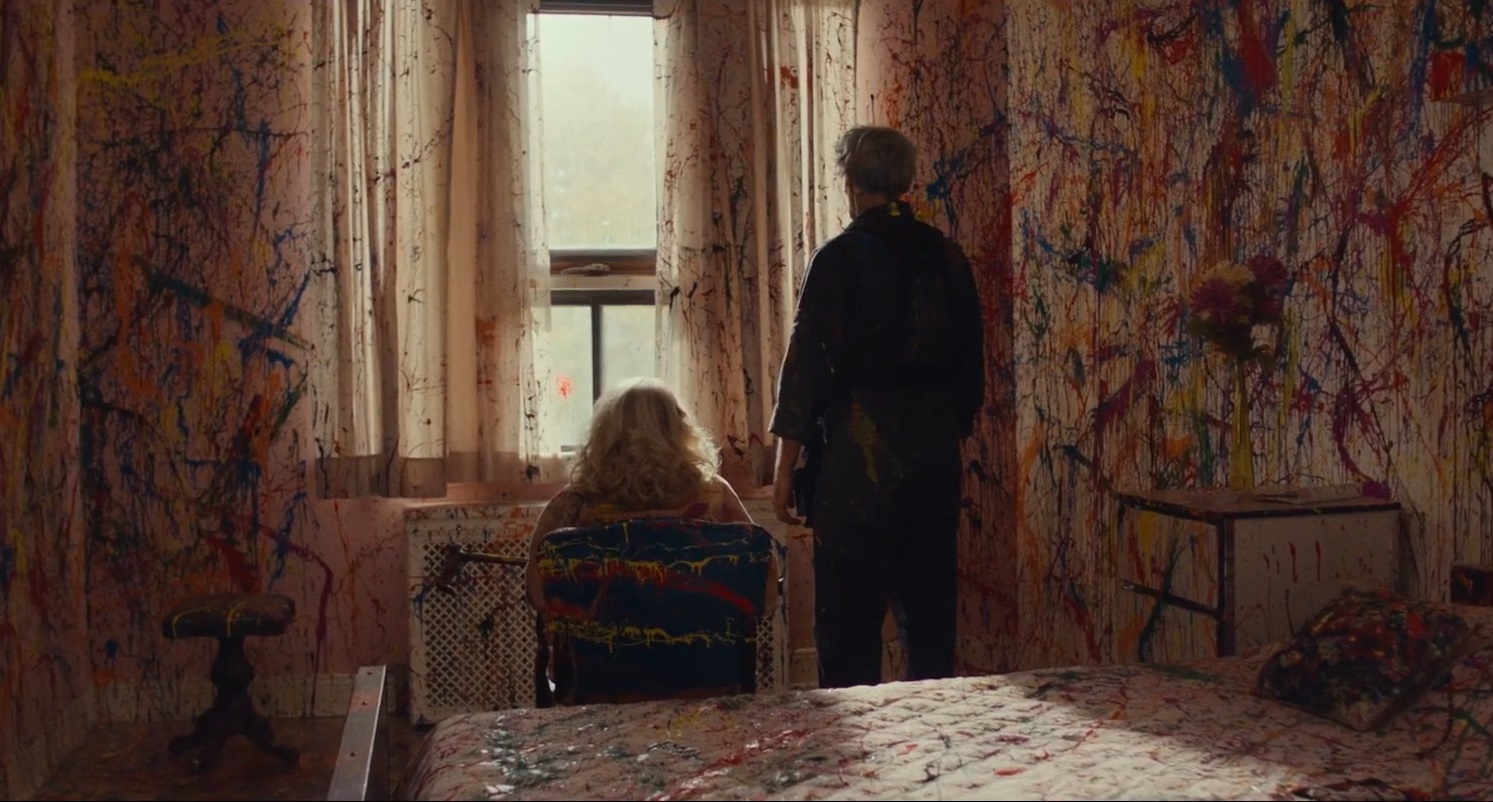 It is hard to reconcile the film’s sweet and eccentric whimsey with some of its darker and more disturbing elements. But no matter the mood Laroche is aiming to strike at any given moment, it always hits its target with beautiful precision.

Events tend to drift in and out of the realm of straightforward storytelling and linger in the realm of a more surreal spiritual and cerebral experience. There is an uncanny intensity to the film that constructs a world of characters who are connected by far more than a simple linear concept of space and time. Rather, they are connected by the universal mortal concerns of death, fear, loss, desperation, and denial… as well as by love, laughter, hope, tenacity, and compassion.

From a narrative perspective, many will likely find it disconcerting that, at least on a superficial level, there are almost no traces in Laughter’s post-war Quebec of the genocide that ostensibly took place only years before. However, this speaks to the broader theme of the film that, even in the wake the most horrifying events imaginable, the earth always keeps spinning.

No matter what deep scars we each carry within ourselves, the rest of the world will continue to live on just as it always has.

The highlights of Labrèche-Dor’s performance as the traumatized but tenacious Valérie come in the form of her powerful monologues. 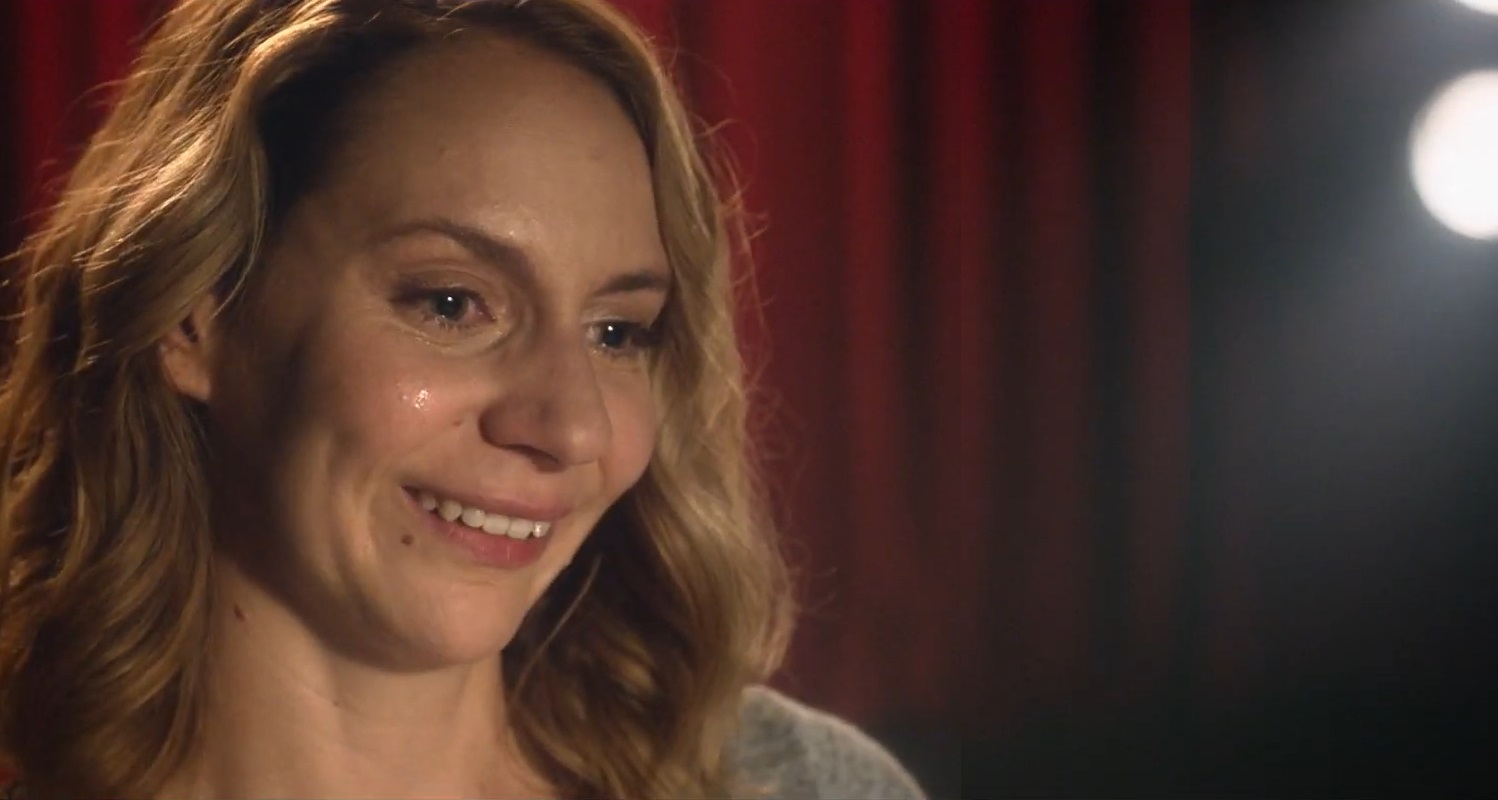 In them, she conveys the harsh reality that moving on after tragedy is not a choice, but an inevitable product of time’s relentless tendency to keep moving forward.

The tender moments between her and Landry as Gabriel, as well as the honest and witty banter between Valérie and Lanctôt’s Jeanne, keep the audience tied to the story on a human level. Meanwhile, a haunting peripheral performance by Sylvie Drapeau as a woman obsessed with confronting her own death, as well as Sophie Cléments’s colorful, anxiety-ridden nursing home resident, bring a flurry of fascinating, symbolism-laden characters to the mix.

LAUGHTER’s strength and depth is in its nuanced depiction of trauma, resiliency, and the fundamental human need to have our pain and fear acknowledged by others.

The name of the film immediately reminds me of a documentary I once saw called The Last Laugh (2016) about how the Jewish community has often embraced humor and comedy to find resilience after the unspeakable horrors of the Holocaust.

Indeed the world is all too often terrifying, unforgiving, and totally nonsensical. Yet even the worst tragedies are left behind by the continuous passing of time. The best we can do to keep up is to laugh every chance we get.