The Mahoning Drive-In Theater has announced that Lloyd Kaufman, the Toxic Avenger, and TromaDance Film Fest will be returning July 22-24! 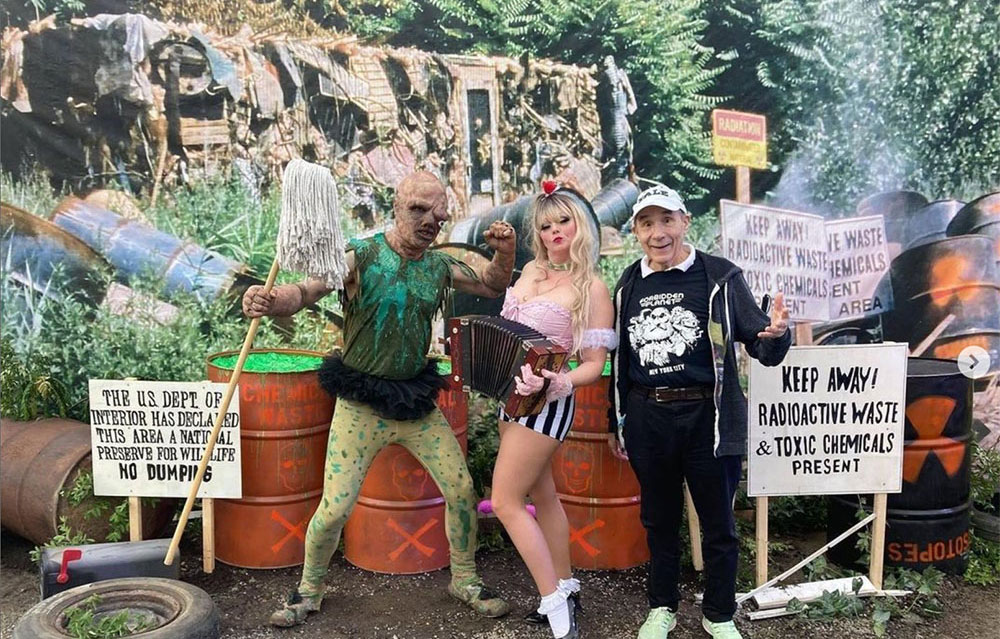 It’s no exaggeration to say the Mahoning Drive-In Theater, built in 1948, is an institution, beloved by film fans who often travel from all over the country to experience the magic of this iconic theater that boasts the largest CinemaScope screen in Pennsylvania. Screening on 35 mm film and presented reel-to-reel via original 1940s Simplex projectors, the Mahoning is for those who truly love film and appreciate the wonderfully nostalgic moviegoing experience you can only get at the drive-in.

This past year, a viral social media campaign helped save the theater from becoming a solar-panel farm after a green-energy company paid to option the land the theater set on. The local zoning board was going to vote in a few weeks, and the owner, Virgil Cardamone, took to social to plead for support from fans of ’80s classics, forgotten B-movies, and films everywhere.

It was a rallying cry that was meant with swift and massive support, as hundreds of die-hard fans of the Mahoning Drive-In banded together to convince the company to withdraw its plan.

The theater is now closed for the season, but it’s gearing up for a major reopening this Spring, giving fans the opportunity to celebrate that universal truth many of us hold so dear: The drive-in will never die!

If you head to the Mahoning website, you can find a calendar of killer events from April to May.

However, one of the venue’s most popular annual events is returning a little later this year, July 22nd-24th. That’s when fans can enjoy the Toxie Team’s return for a Total Troma Takeover of The Mahoning Drive-In Theater: TROMA-THON!

Troma is once again teaming up with The Worlds Greatest Drive-in (according to Uncle Lloyd) to create an unparalleled horror/comedy/sci-fi/grindhouse experience featuring a stellar lineup of Troma films over three nights, as well as a selection of outstanding shorts. The schedule has yet to be announced, but fans are almost certain to enjoy special guests, music, giveaways, raffles, cosplay, and much more.

In addition, Mahoning recently teased on their Instagram that the great Lloyd Kaufman would be making another appearance.

A post shared by The Mahoning Drive-In Theater (@mahoningdriveintheater)

Not only will fans experience a weekend of classic Troma movies on the Mahoning big screen, but filmmakers are invited to submit their features, shorts, and music videos for TromaDance ’22 (Troma’s Independent Film Festival)!

TromaDance is the first film festival wholeheartedly devoted to filmmakers and fans. Unlike every other film festival, TromaDance does not charge filmmakers to submit their films. The organizers of TromaDance believe films are meant to be seen, especially when it comes to new filmmakers. Art — in all its forms — is for the people!

TromaDance features a range of films made independently, usually without big stars, big money, and far removed from the Hollywood studio system. The official selections of TromaDance have been made with nothing more than passion, courage, integrity, and raw talent.

TromaDance is an opportunity for everyone who’s ever picked up a camera to have their work seen without the compromises required by elitist cartel interference. TromaDance is proud to be the first and only film festival of the people, for the people, and by the people

Submissions are now open for Tromadance ’22. Submit your features, shorts, and music videos FOR FREE at tromadance@troma.com (Submissions made 2019 or later preferred!)

Tickets to Troma-Thon/TromaDance will be available in the near future. 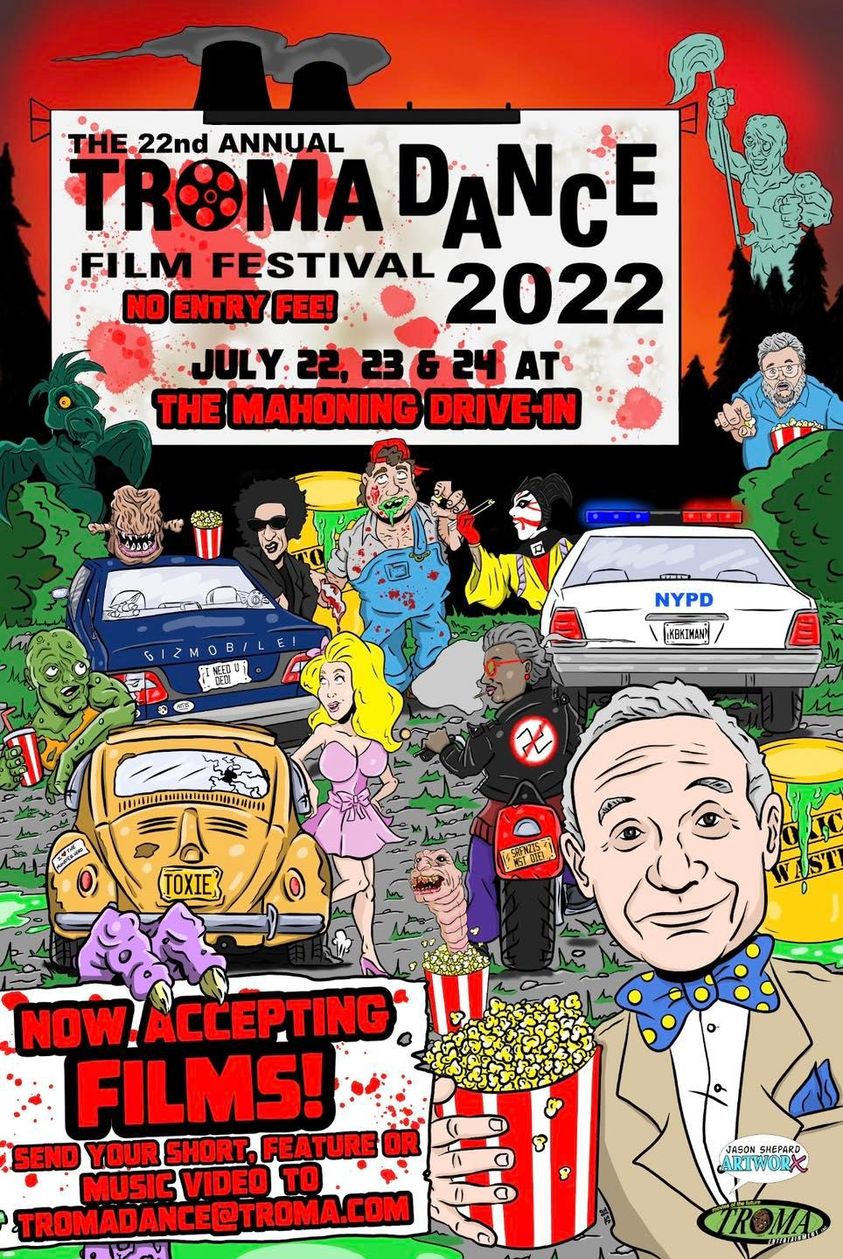 For event updates and more, follow The Mahoning Drive-In Theater on their socials:

For event updates and more, follow Troma Entertainment on their socials: