Five on It: Father Figures (Dads of Horror)

One theme, five killer films. In honor of Father’s Day, we look at five films featuring a rarity in horror: dads worthy of celebrating.

Horror isn’t known for its positive depictions of fatherhood. They’re usually little more than ineffectual plot points of peripheral characters. If they’re not there to stretch out the run time or provide a little extra exposition, they’re the ones tormenting their families with a bastion of generational trauma or real physical violence.

In honor of Father’s Day, we thought it was the perfect time to flip the script and highlight the dads of horror who embody fatherhood. This one’s for the rad dads, the spooky dads, and all the ones who tried their best to protect their children from a world hellbent on eating them alive.

In no particular order, here are five of some of horrors best dads. 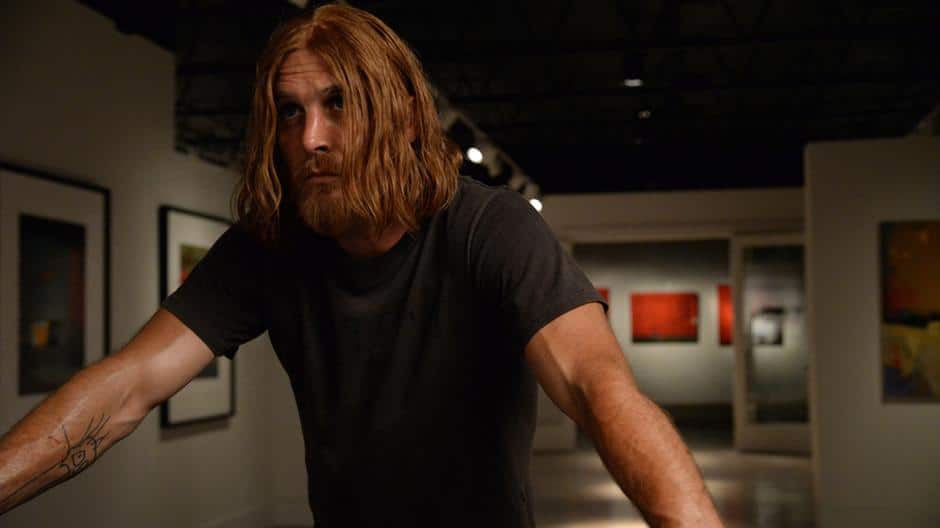 The beauty of Jesse Hellman (Ethan Embry) is that, despite defying the orthodoxy at every turn, the love he had for his family was enough to overcome the Devil’s seduction and multiple near-fatal wounds.

The Devil’s Candy is thematically rich, exploring mental illness, the artist’s struggle, and the strength of familial bonds. Struggling artist Jesse Hellman convinces his wife and child to put down roots in a bucolic home with a mysterious past. It doesn’t take long for the insidious history of the house to infect Jesse – who comes to grapple with the sacrifices that come with fatherhood.

Does he value success as an artist more than his daughter’s trust in him? What lengths will he go to in order to protect her? What will he do when he realizes that he can’t? Jesse is not a perfect father. He stumbled. He made mistakes, but what he lacked in good decision-making he made up for in love.

Fathers don’t have to be perfect. They just have to show up, reject possession by the Devil, and burn down the murder house that they purchased to protect us. That’s all.

Where to Watch: You can currently watch The Devil’s Candy in the US on Hulu, AMC Plus, or Directv. Watch the trailer here.

Seok-woo (Gong Yoo) in Train to Busan was not a good father by any stretch of the imagination…but he wasn’t a bad one either.

He was simply divorced, overworked, and distracted. His dedication to work eclipsed his commitment to fatherhood – a misstep that has given millions of children across the world a unique complex. But that all changed when Seok-woo was confronted with the prospect of his daughter being killed by ravenous zombies.

Sometimes all it takes is an apocalyptic event to reassess how you’ve been living your life, and that’s exactly what catalyzed Seok-woo’s change of heart. The moment he realized that he could lose his daughter, or she could lose him is the moment he put his role as her father at the top of his list.

The tale of Seok-woo and his daughter is good for more than a good cry, it’s proof that it’s never too late to show your kids just how much you love them.

Where to Watch: You can currently watch Train to Busan in the US just about everywhere, including Hulu, Shudder, Hoopla, and Tubi (among many others). Watch the trailer here. 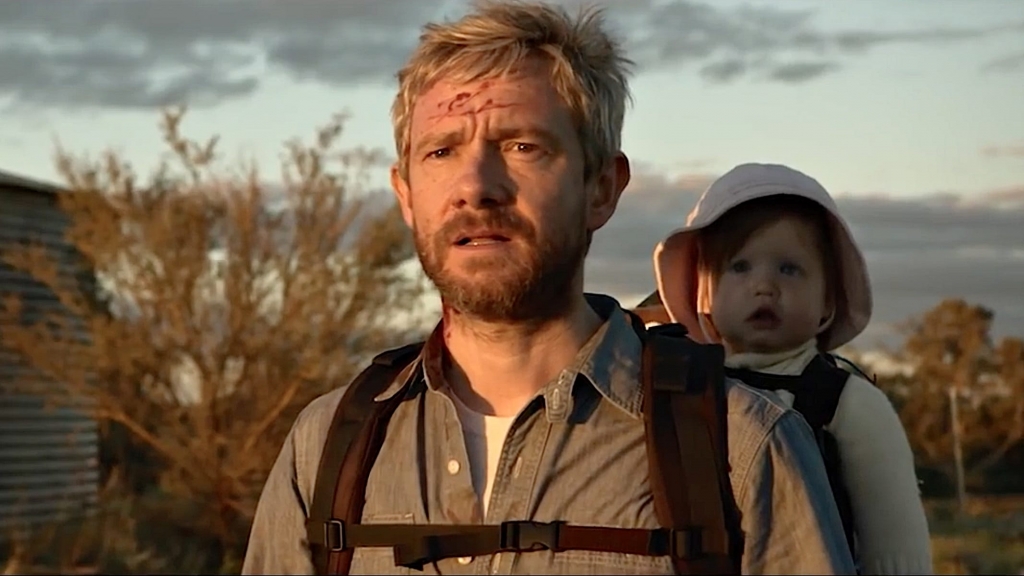 Next up in our line of tear-jerker zombie films is Cargo, for its fresh and painful look at the horrors of parenthood.

Andy (Martin Freeman) is on the hunt for a suitable guardian for his daughter during a zombie apocalypse. He has 48-hours to find a new family for his daughter before he succumbs to the virus and becomes a zombie himself.

What makes Andy such a compelling character isn’t his desperation, but his acceptance that, for his daughter to thrive, he will have to let her go.

Her survival, away from him, is the ultimate act of love.

Where to Watch: You can currently watch Cargo in the US on Netflix. Watch the trailer here. 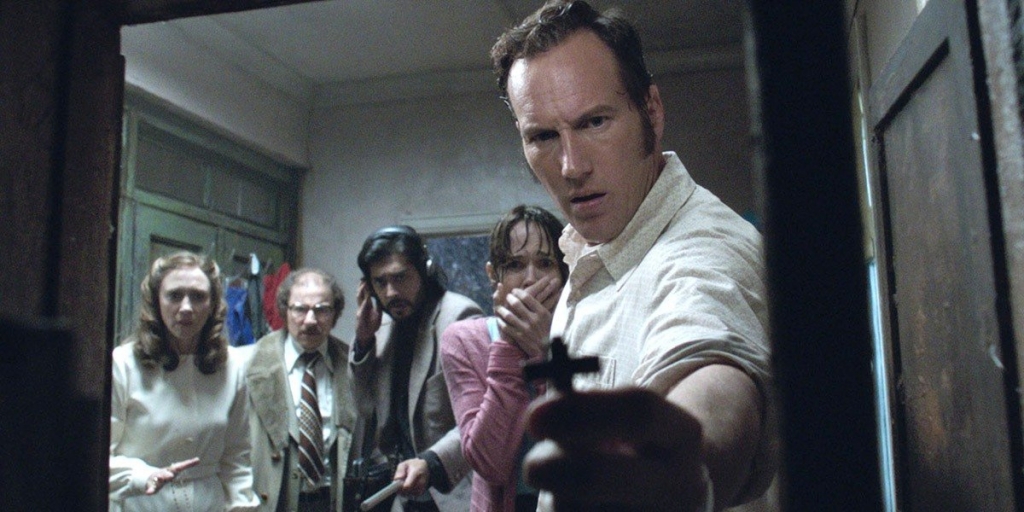 I would be remiss if I omitted the ultimate contemporary horror daddy from this ranking.

The popularized version of Ed Warren (Patrick Wilson), as depicted throughout The Conjuring universe, is almost an infallible father figure. The Conjuring is often praised for the power of its central couple’s love story, but the fatherly bonds between Ed and Judy are equally enviable. It could be argued that Ed is away from home a lot by virtue of his job as a paranormal investigator, but he always arrives in the nick of time to tuck his daughter into bed or save her from an evil doll.

There is something so beautiful about the banality of the Warrens’ home life when they’re not trying to exorcise demons from strangers. The quiet moments shared between Ed and Judy are proof that fatherhood isn’t always about grand gestures or saving the day. Sometimes being a good father means being present and engaged in the minutiae.

There will always be those big moments where parents need to step up for the betterment of their children, but Ed’s warmth and care in the moments between the chaos earn him a spot on this list.

Where to Watch: You can currently watch The Conjuring and The Conjuring 2 in the US on Netflix or HBO Max. The latest film in the franchise, The Devil Made Me Do It, is also available on HBO Max (through July 5th) and in theaters. Watch the trailer here. 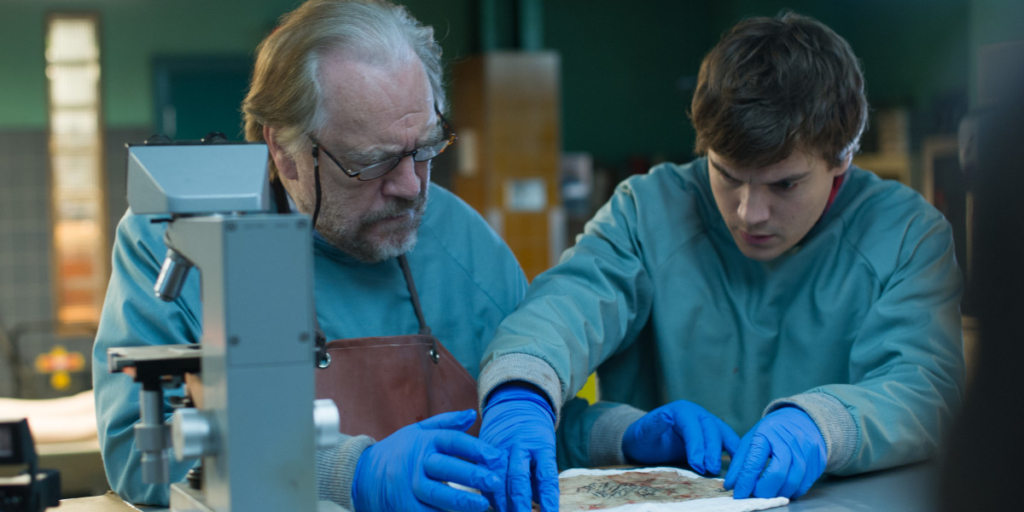 Tommy (Brian Cox) and his son Austin (Emile Hirsch) are a father-son coroner team tasked with performing an autopsy on an unidentified woman. As they work to understand the mysterious circumstances surrounded Jane Doe’s death, they unravel a mystery full of witchcraft, dark magic, violence against women, and the powerful spirit of revenge.

The two men are well-adjusted and have an overall healthy relationship at the start of the movie, but as things take a turn for the worse viewers witness the power of a father’s love.

Tommy gives up his vitality in hopes of saving Austin from Jane Doe’s vengeful spirit, allowing her to siphon his energy to aid in her resurrection. The Autopsy of Jane Doe is a nihilist film in addition to a scary one – rendering Tommy’s sacrifice unsuccessful. Austin still falls prey to the angry corpse. But what is fatherhood if not betting against futility in pursuit of a better life for your child?

Tommy’s love endured through the end, and we can only hope that Austin carried his father’s love with him into the afterlife.

Where to Watch: You can currently watch The Autopsy of Jane Doe in the US on AMC Plus or Directv. Watch the trailer here.

Happy Father’s Day to all the dads willing to shun the devil or kill a train full of zombies for their kids.