The amazing Aussie undead film “Cargo” is a powerful story about survival and the love a parent has for their child. 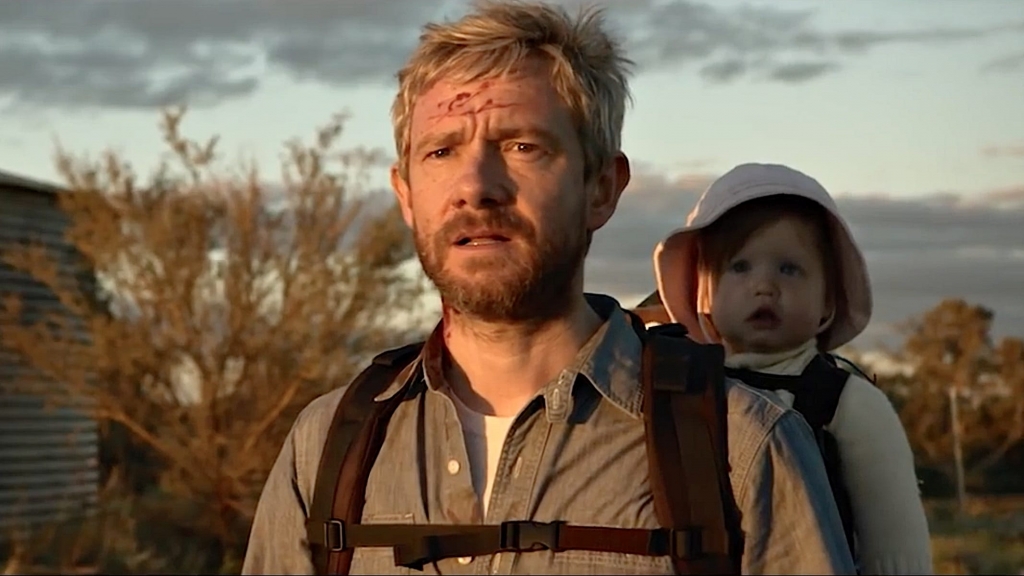 As one of the biggest zombie fans around, I fell deeply in love with the 2013 Aussie short film entitled Cargo. The first time I watched it, I was an emotional wreck.

It was such a success for filmmakers Ben Howling and Yolanda Ramke that they decided to make it into a full-length film. The feature film Cargo came out in 2017 and is essential viewing for any horror fan.

I know what you are thinking, “Another zombie film?” But if you believe there are no more original stories to be told in the well-worn zombie genre, then you would be incorrect. This film is more about human nature during a pandemic than it is about the zombies, because the unfortunate fact is, the real monsters are people. It really makes us ponder what we would do if we found ourselves in the same dire situation.

Set in the Australian Outback, Cargo uses the zombie apocalypse as a metaphor and goes deeper into issues that have been problems for a long time. 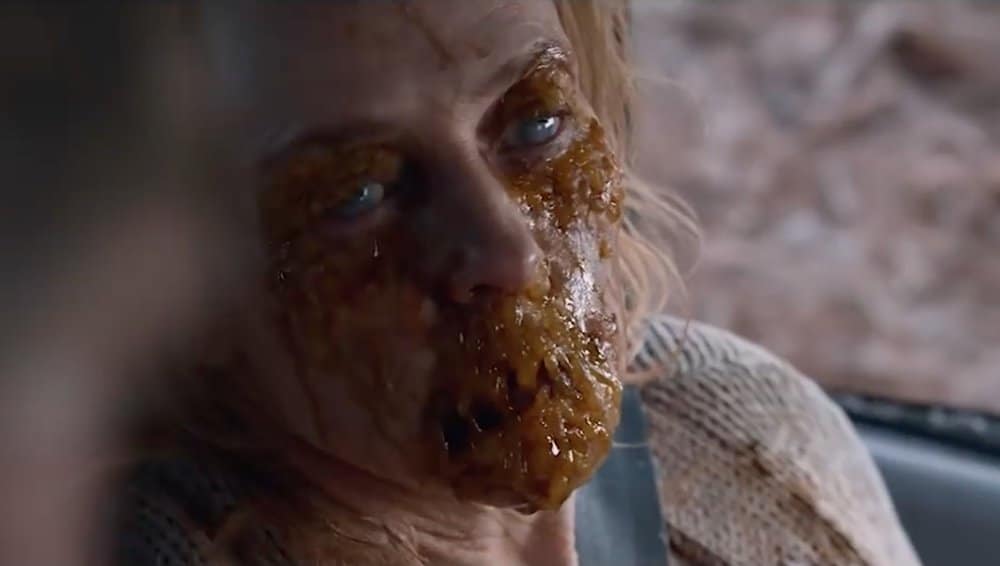 Not that a hoard of nasty-looking, crusty undead creatures wanting to eat you isn’t a problem. However, the filmmakers understand, if we were to ever find ourselves in an apocalyptic situation, it would likely be because we had somehow destroyed the planet. In this case, that destruction comes by way of fracking.

Humans also fear what we don’t understand. Thus, as always, racism rears its ugly head. The Aboriginal people have been discriminated against as badly in Australia as any other indigenous person who has been forced out of their homes and treated like they are lesser beings. In this film, Australia’s white colonialist history continues even into a zombie apocalypse.

The biters, as they are referred to here, are not the central characters. Similar to shows like The Walking Dead, we meet people who at first glance want to help you but ultimately have their own agenda.

The film opens with Andy (Martin Freeman), his wife Kay (Susie Porter), and their baby Rosie. 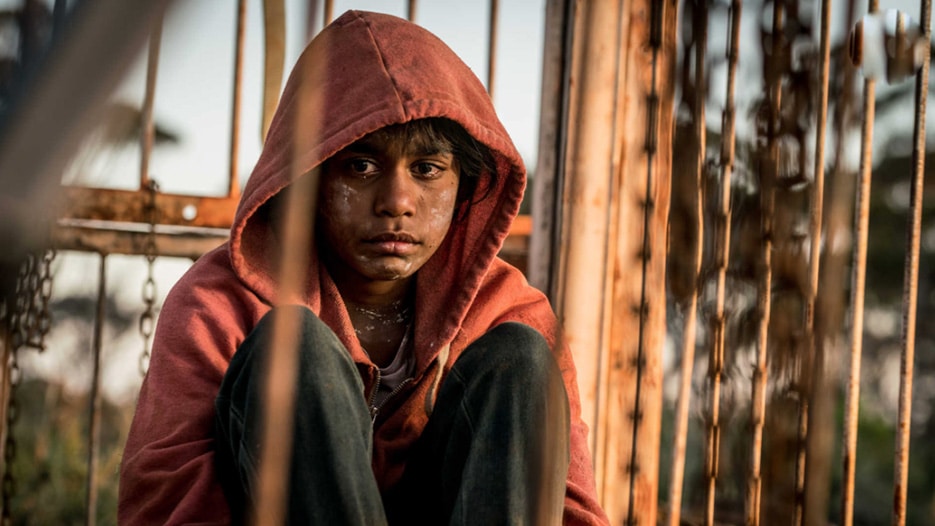 Peacefully floating in a houseboat, on a river overlooking a desolate shore, it seems to be just another day. It is quickly revealed they just found the boat a few days before. They seem to be doing well until Kay gets attacked and they are forced to the land to try to find a hospital. She has 48 hours before she turns.

That journey doesn’t go well. Now bitten himself and left alone with the baby, Andy goes on a hike through the Outback looking for someone to take care of his soon-to-be orphaned child.

Andy runs into a few people, and one seriously toxic human, until he meets a little Aboriginal girl named Thoomi, played by Simone Landers.

Her father is a “ghost” (as her people call the undead), but she isn’t ready for him to go. She believes the Clever Man (David Gulpilil), her tribe’s wise man, can help him find his soul again. So, she feeds dad rabbits and keeps him hidden. Her people are surviving on the unfriendly terrain and are looking for her, but she can’t let them find her father until she has done everything she can to help him.

Andy and Thoomi’s friendship is remarkable, and Andy’s devotion to his daughter is heartbreaking. 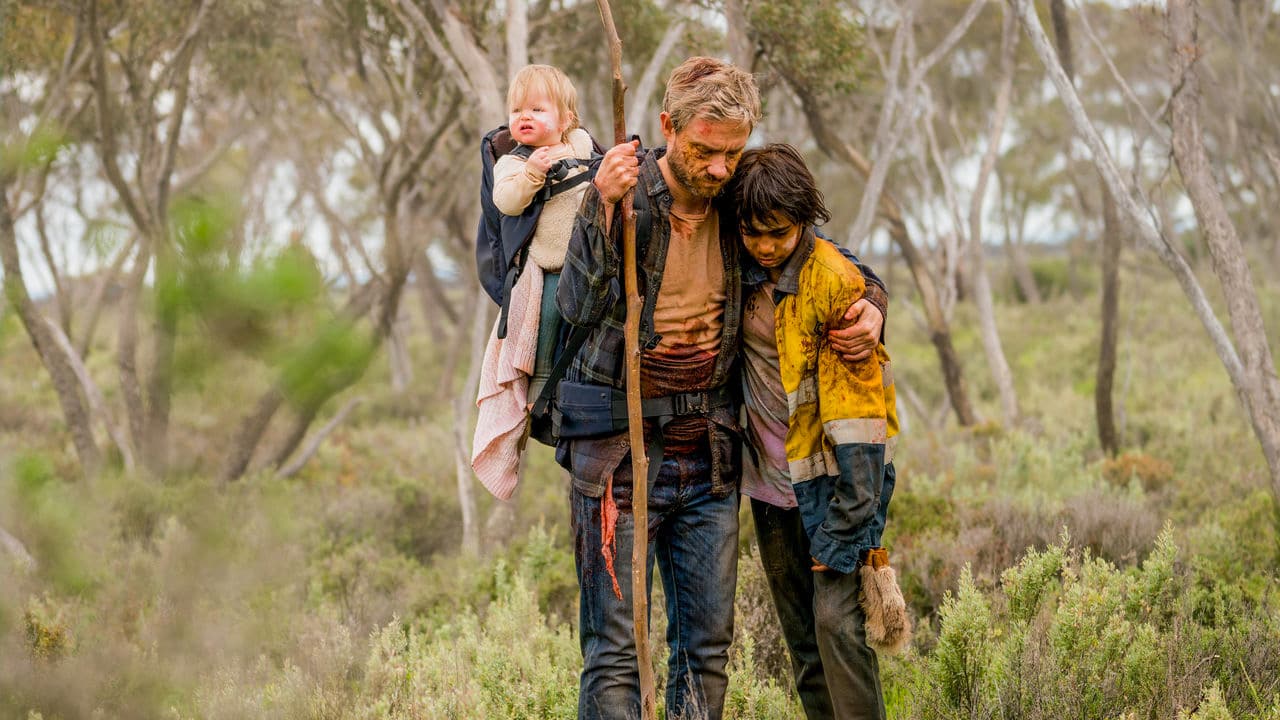 I caught myself crying quite a few times throughout the film, and pretty much sobbing at the end.

I adored everything about this film, from the sweeping landscapes and fantastic cinematography, the top-notch acting from everyone, the outstanding SFX, to the idea that there may be hope for humanity yet.

Gore fans will not get the bloody carnage usually seen in zombie films, yet it still has enough darkness to make it a horror film. The baby Andy literally carried on his back did not seem like a silly plot device; I felt the emotional heaviness of having a child to care for that every parent has, and baby Rosie found her way into my heart. I really wanted her to survive.

You will not be disappointed in “Cargo”, that’s my promise to you. It is a special and phenomenal tale; part horror and part drama in an unforgiving world — but all heart.

Overall Rating (Out of 5 Butterflies): 5
WHERE TO WATCH
In the US, you are currently able to stream Cargo on Netflix. However, if you are able, consider doing what Mike Flanagan suggests and rent or buy the film to help make sure more amazing films like this can get made in the future. You can buy or rent it on Microsoft Store or Redbox.