Just in time for your Holiday shopping, Screaming Figures introduces new horror action figures inspired by your favorite final girls and “The Shining”. 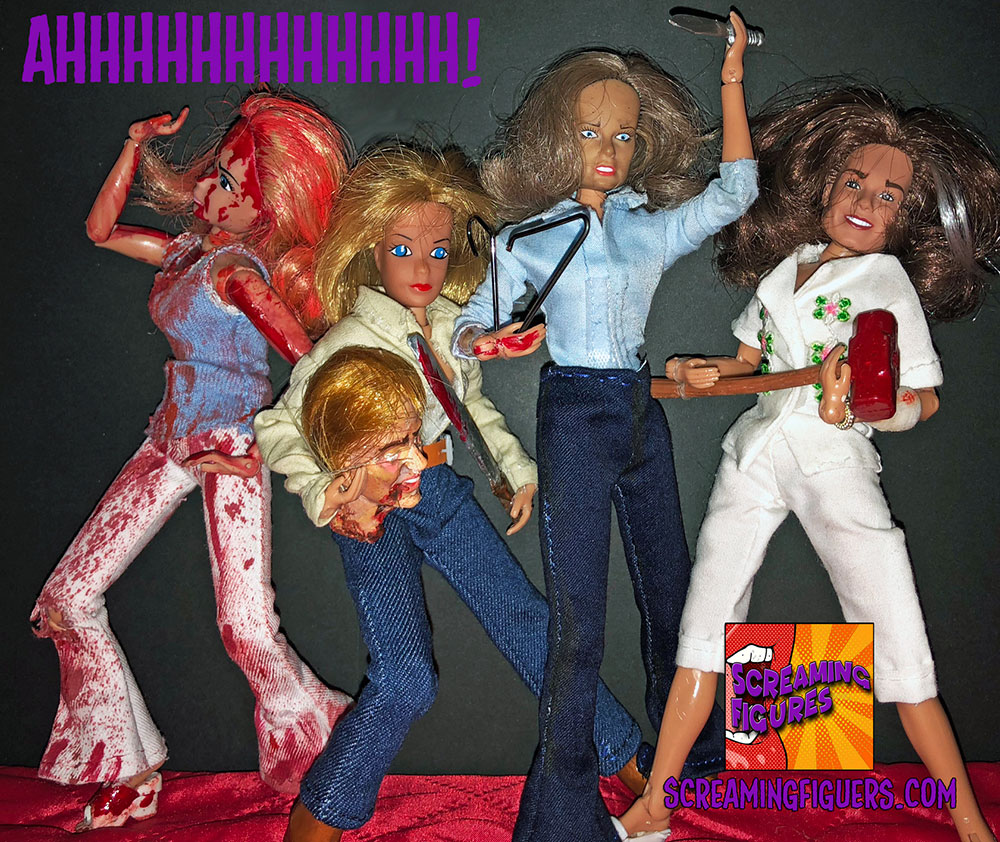 If you were ever curious about what to get me for Christmas for this year, I’ve got you covered! I just discovered the must-have Holiday Horror essential for every respectable genre junkie in your life.

SCREAMING FIGURES, the brainchild of Horror director Todd Nunes (ALL THROUGH THE HOUSE) and his seamstress mother Sharon Nunes, have just released two new series of 8-inch custom-made horror movie collectibles. These feature the likenesses of four wildly popular Final Girls and the cast of THE SHINING. 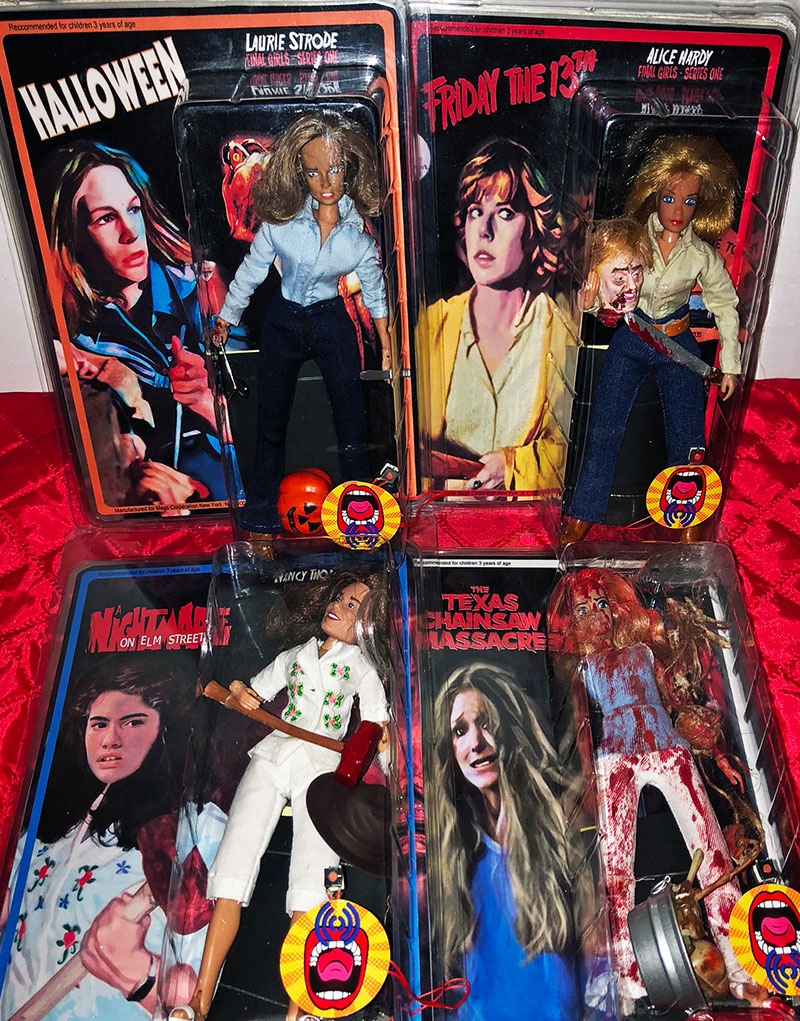 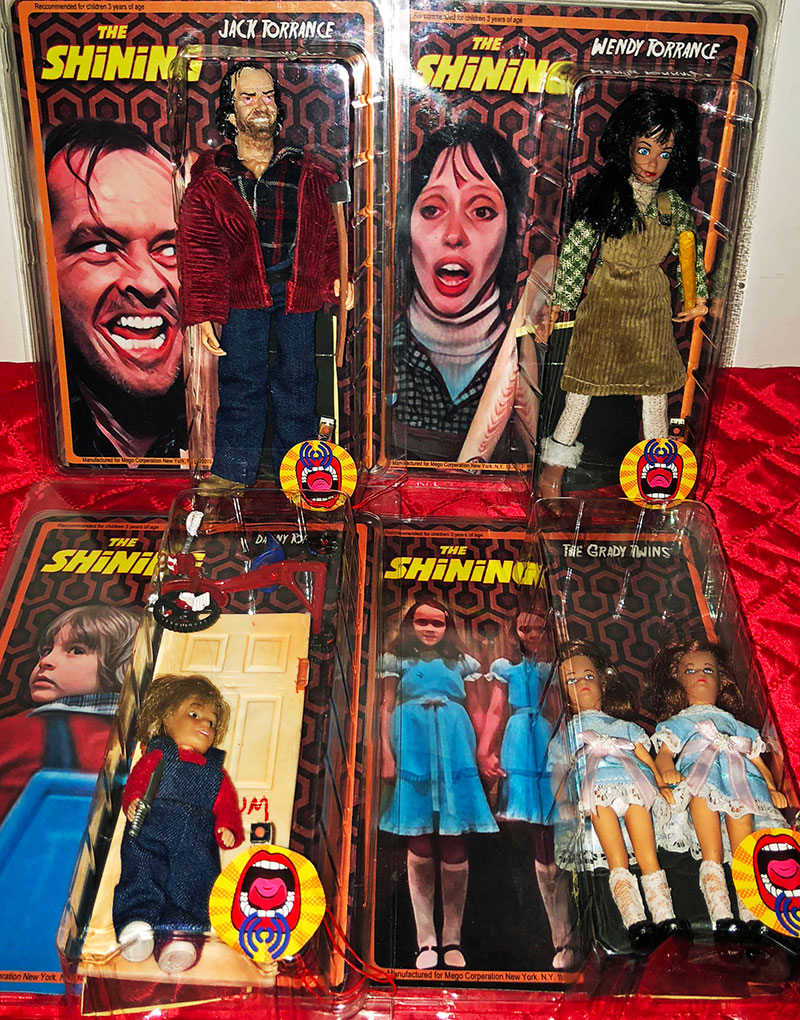 SCREAMING FIGURES is a collaboration between Todd Nunes (ALL THROUGH THE HOUSE and the upcoming DEATH WARD 13) and his mother, Sharon Nunes.

“My mom is a huge horror fan and joined us at ScareLA when we were promoting ALL THROUGH THE HOUSE”, says Todd Nunes. “She loves the MEGO-inspired NECA figures of Jason, Leatherface, and Freddy, but was shocked to not see any Final Girl action figures. Eventually, she decided to just make them herself and asked me to make the weapons and artwork. I told her that as long as she made my favorite characters from THE SHINING – I’ve always wanted Jack and Wendy MEGO figures – I was more than happy to assist.” 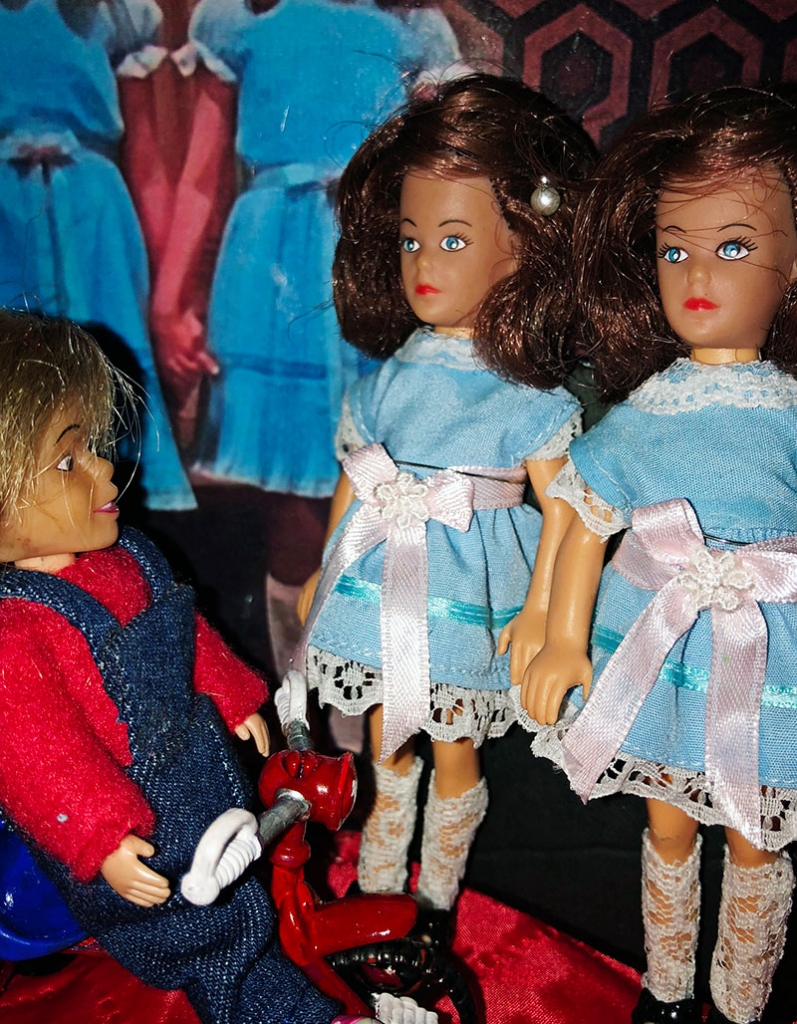 Sharon Nunes is a mother to five children and the love of horror movies runs in her family, including director Todd Nunes and Scream Queen Actress Ashley Mary Nunes (ALL THROUGH THE HOUSE, ROBOT COMBAT LEAGUE). Sharon puts her talents to work by hand-sewing all of the SCREAMING FIGURES outfits and meticulously matching materials.

“I’ve always been more interested in the Final Girls than the killers,” Sharon explains. “When I was growing up, the female characters in scary movies rarely fought back, they just stood paralyzed and screamed. So, when I discovered the slasher genre I was thrilled to see women fighting back. These actresses are modern role models, including my favorite Laurie Strode (HALLOWEEN) who risks her life to save the children she is babysitting.” 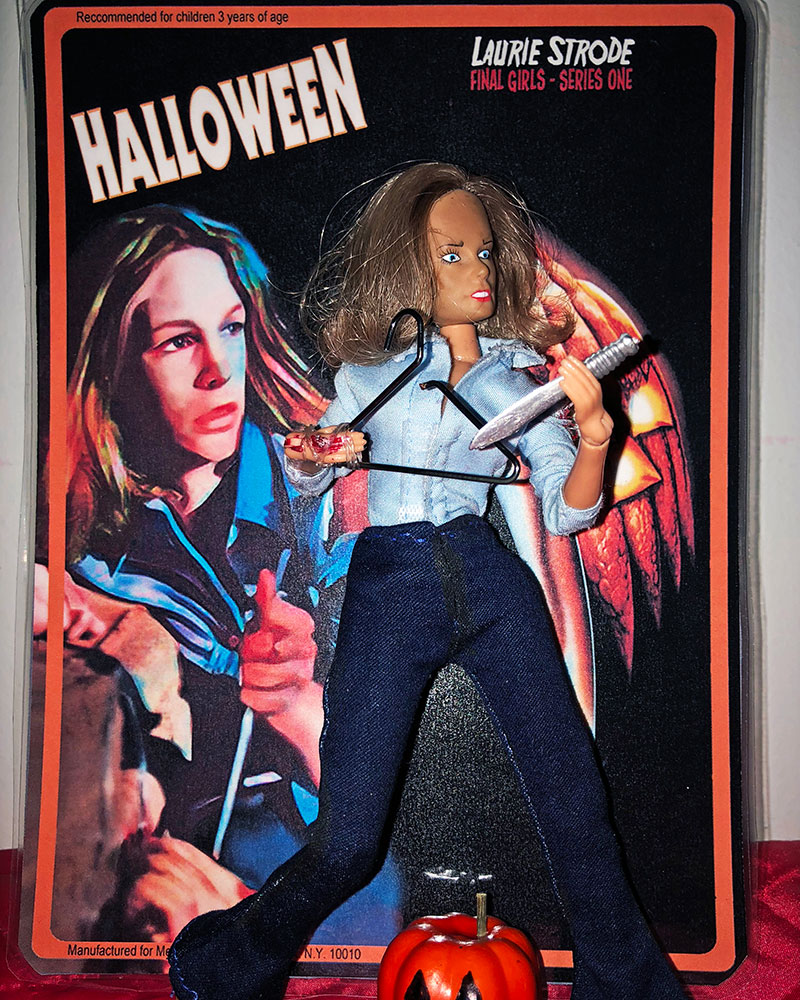 SCREAMING FIGURES is a limited edition passion project from the Nunes’, so get ‘em while they last.

All SCREAMING FIGURES MEGO-style 8-inch action figures wear hand-tailored cloth outfits and custom-made murder weapons and accessories, and each comes with clamshell packaging and certificates of authenticity. The packaging also includes an iconic recording of a Final Girl scream or catchphrase from THE SHINING to give you chills.

Action figures range from $69.99 to $119 USD. Purchase these custom made action figures at www.screamingfigures.com and watch Facebook videos of the collections: https://www.facebook.com/Screaminfigures.