We continue our recap of the Riverdale series with episodes 17 and 18 of the second season, “The Noose Tightens” and “A Night to Remember”.

Season 2 Recaps:
Episodes 1 and 2: A Kiss Before Dying and Nighthawks
Episodes 3 and 4: The Watcher in the Woods and The Town That Dreaded Sundown
Episodes 5 and 6: When a Stranger Calls and Death Proof
Episodes 7 and 8: Tales From the Darkside and House of the Devil
Episodes 9 and 10: Silent Night, Deadly Night and The Blackboard Jungle
Episodes 11 and 12: The Wrestler and The Wicked and the Divine
Episodes 13 and 14: The Tell-Tale Heart and The Hills Have Eyes
Episodes 15 and 16: There Will Be Blood and Primary Colors 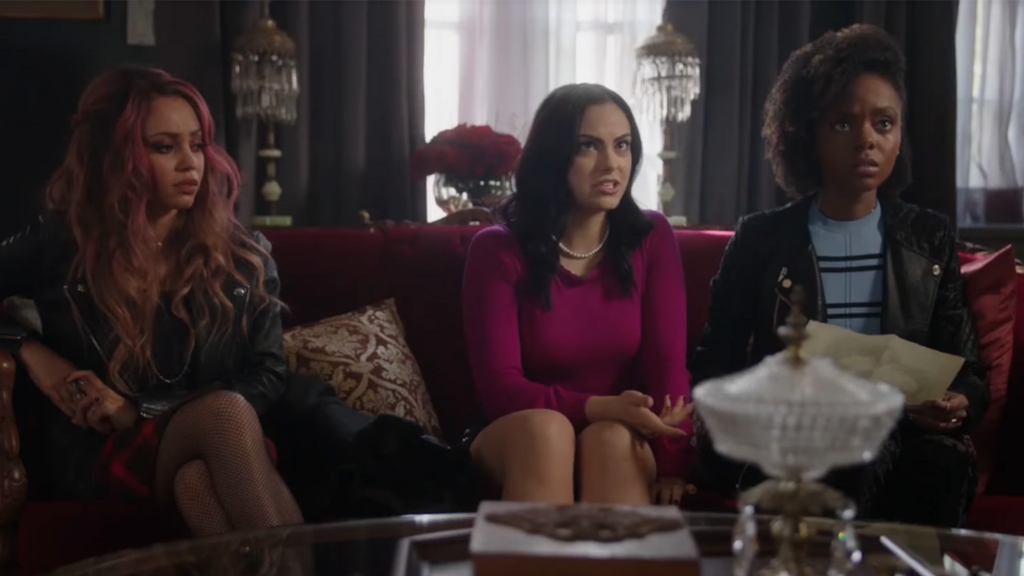 Betty and Jughead’s shoddy attempt at dumping the car of Chic’s victim is discovered when the dead man’s girlfriend and Chic’s landlord come to blackmail and threaten them all. Luckily, Jughead brings in the Serpents and chases them out. This finally breaks Alice who kicks Chic out of her house and life and brings Betty back into both after she’d fled to FP and Jughead’s trailer. It’s also implied that FP and Alice are having sex.

Archie devotes himself further to Hiram Lodge, despite having promised to support his father and mother while his father runs for mayor, by blowing up two rival gangsters’ car alongside Reggie and the Bulldogs — whose vote for Student Body President he won through combat — as the Dark Circle. His mother tells him that she doesn’t recognize him anymore. Veronica and the Lodges, however, are very pleased with his help — pleased enough to give him a new car.

Cheryl Blossom suffers under the grasp of the Sisters of Quiet Mercy until she’s saved by Veronica, Kevin, and Toni (but not Josie because Josie now knows what Cheryl did with the pig heart), who’d been searching for her after getting a tip from a frantic Nana Rose and no help from vindictive Penelope Blossom. Toni and her kiss and then escape the convent. Cheryl, restored to her former glory, decides to try out for the school’s musical: Carrie. 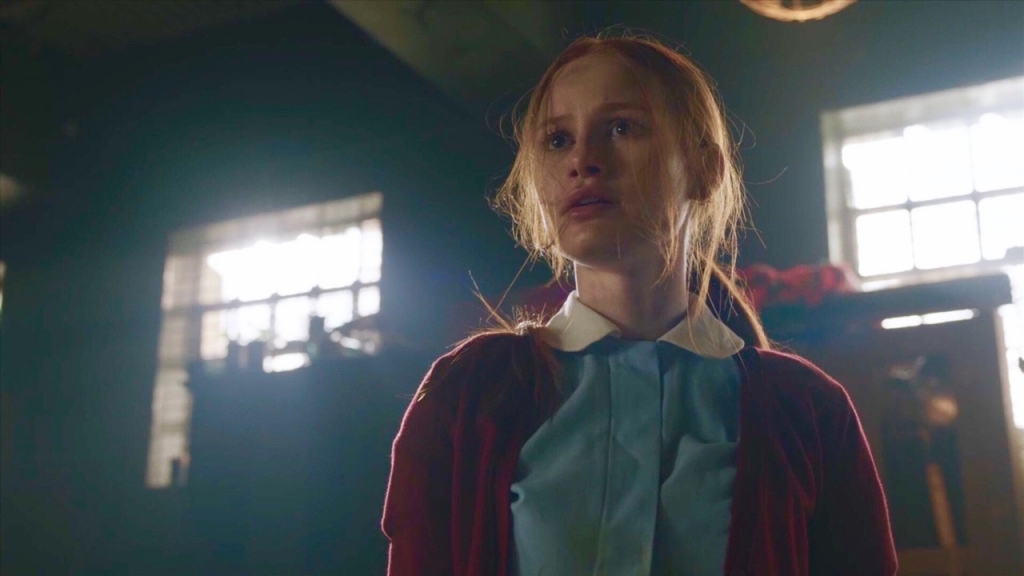 — I hated all of the scenes in the Sisters of Quiet Mercy, up until Cheryl’s escape. That was, frankly the best part of this entire episode. I hope Cheryl gets actually functional therapy and that Toni and her are happy.

— Not surprised that that subplot was thrown out in an episode. It’s just Riverdale tradition nowadays. Still, good on Nana Rose for rallying herself enough to help her granddaughter! Good to see someone in that family gives half-a-damn about Cheryl!

— So the Student Council race, as it stands is: Archie and Veronica, Betty and Jughead, and Reggie and Josie. I’m rooting for Reggie and Josie, but it’s gonna be either of the couples. I know this show too well to expect them to subvert that expectation.

— Speaking of Josie, I don’t blame her at all for not wanting to be involved with everything with Cheryl. It would have been very nice if she’d helped, yes, but considering how traumatic the pig’s heart must have been, I don’t blame her for wanting to stay away. While I’m happy that they brought that plot point back, I still wish it hadn’t happened in the first place. 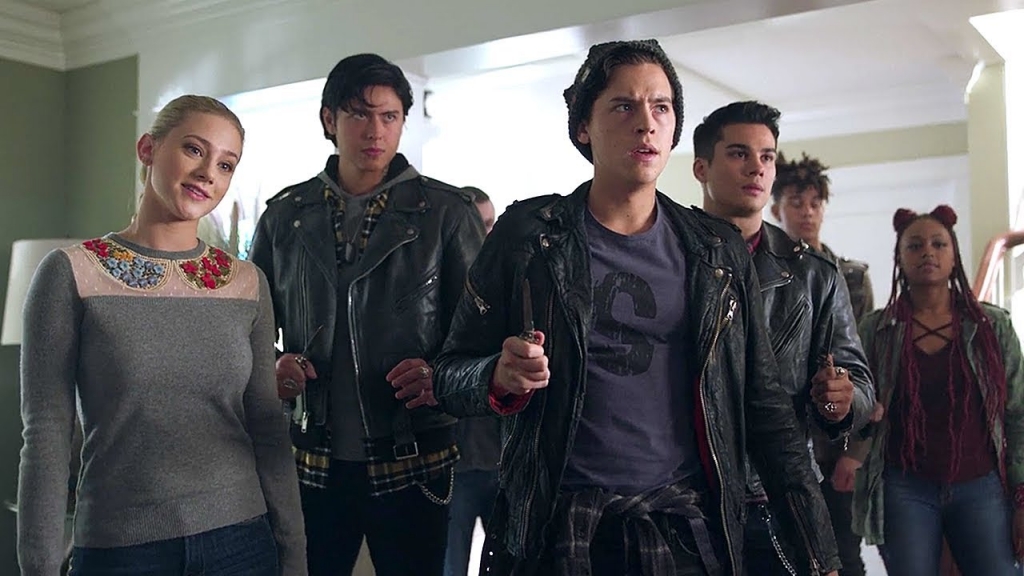 — Oh, you mean to tell me that the car the literal teenagers tried to hide got discovered? Oh gosh, oh golly, isn’t that a shocker? Betty and Jughead have four brain cells between them sometimes, if that. It’s nice to see that Chic’s threat about the prints and DNA wasn’t actually a good threat, and even better to see that Chic is gone from the Coopers’ lives. I don’t care about Marcel and Darla.

— Of all the people in the world, FP shouldn’t be allowed to give parenting advice. But still, he does and it’s actually good: Alice should try and make things right with her daughter. You know how you don’t do that though? By having sex with your daughter’s boyfriend’s dad. Please don’t do that.

— Archie needs to be left alone for a while. He’s clearly not stable, he needs help, and he’s just doing his best at this point while being yanked around at all angles. That being said: he’s officially learned nothing from the Red Circle thing! Hell, he got the same exact people (minus Dilton, who  disappeared this season after that) to be in the Black Circle with him to blow up the car!

— Mary’s still delightful and I agree that Archie’s an entirely different person this season. Seriously, the writing on this show is violently inconsistent. Pick a characterization path and stick to it, please Riverdale.

— Do we need the Carrie the Musical subplot? We have fifty going already, I know we closed the one with Cheryl in conversion therapy during this episode but can we not make this show so impossibly bloated with subplots?

Everything with the Sisters of Quiet Mercy. Seriously, I hate that subplot and I’m glad it’s over.

Episode 18: “A Night to Remember” Synopsis