A cheeky, fun time for the right audience, “Cyanide & Happiness: Freakpocalypse” has its charm but falls short of excellence. 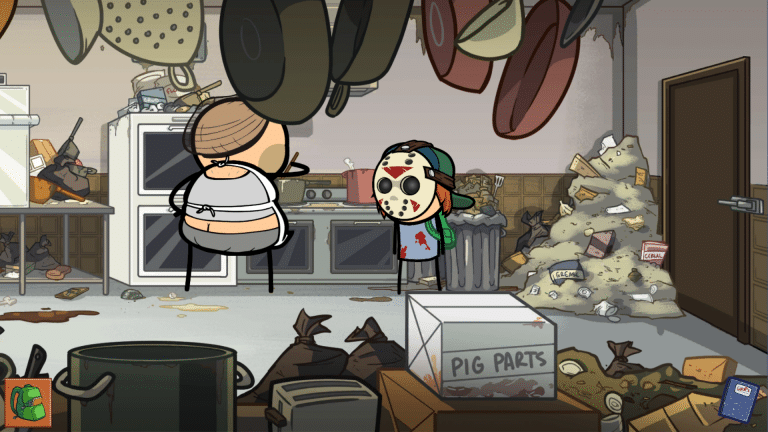 As someone who doesn’t play many point-and-click games, I was excited to try something new – and to solve some semi-challenging mini puzzles along the way. Cyanide & Happiness: Freakpocalypse’s marketing led me to believe that I was in for an adventurous, ultra-crude experience.

You play as geeky teenager, Coop, as he attempts to save the town of Netherton by being the hero he always dreamed of. Explosm proudly declares that their game can take anywhere from a few hours to a day to complete – though I was finished in just a little over four hours. Based on the webcomic and cartoon series of the same name, Freakpocalypse is littered with exciting easter eggs, too. Indeed, it does incentivize players to take their time and explore every facet of the town.

However, the point-and-click format can get tiresome quickly, especially if you don’t have a prior connection to the material.

While I got most of everything I expected, there is still a lot of room for improvement; the main hiccups come from the base gameplay and the writing department. 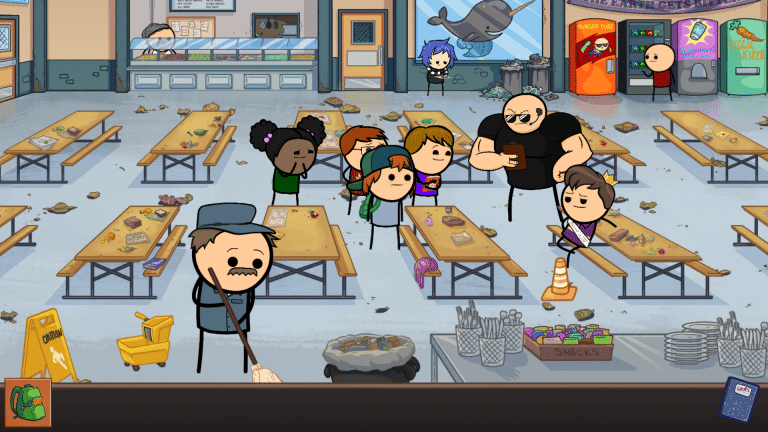 As for the former, the main issue is that you only have three interactive options: talk, look and touch.

Many of the set dressings are pretty bare, leaving Coop’s interactions (both with characters and environments) underwhelming in different sections of the game. His verbal observations of his surroundings can be hilarious, but they ultimately have very few satisfying implications. If you haven’t familiarized yourself with the source material, the cheeky little throwbacks won’t mean much of anything to you – leaving you unfulfilled, and hungry for more.

This is a minor nitpick, though, because overall Freakpocalypse consistently delivers an average gaming experience.

Unlike other genres, point-and-click titles typically rely less on mechanic spectacle and more on writing. As mentioned before, this is where the game falters the most. Occasionally, it does find a natural grove in delivery, mixing crude jokes with genuine sentiment. However, some sections of the game reveal a much more callous side of the writing, which really dampens the player experience.

Reading the steam reviews it’s clear that a lot of people are happy that the developers weren’t afraid to take risks and “be edgy.” 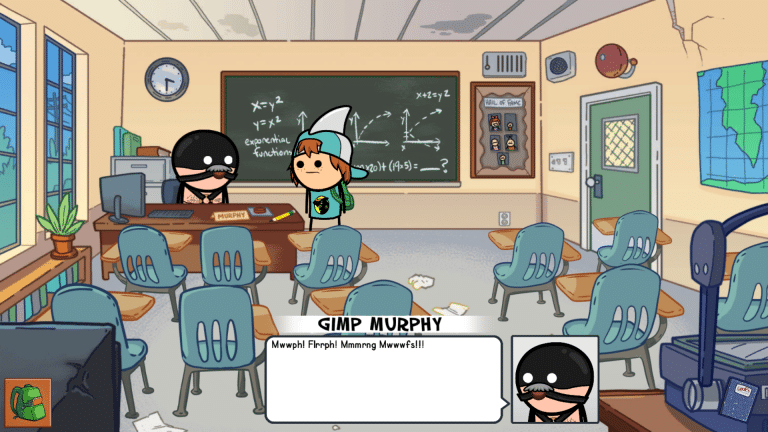 I welcome “edgy” in any visual format but also recognize that it shouldn’t take away from the quality of the jokes. It seems that almost all of the bad jokes stem from its need to push the boundaries of what should be said – rather than skillfully crafting the perfect joke with a dangerously sharp edge.

Look no further than the game’s opening minutes for various examples of sub-par writing. Like most games, the clunky introduction leaves a lot to be desired and really houses a lot of the aforementioned problems in gameplay and scripting. Fortunately, it isn’t very long but it could potentially set you off on the wrong foot.

Once you get past the first portion of the game, it becomes much more enjoyable.

You do have the ability to pick up many side quests along the way, and being the story completionist I am, I felt obligated to finish everything – and I did without feeling too much of a grind. If you weren’t aware of it before, the ending is confirmation that there’s more Cyanide & Happiness on the way. But at the same time, it does feel slightly muddled in terms of having a wholly satisfying conclusion; perhaps, there was a better way to transition into future installments.

As far as what Explosm gets right, well…the animation, of course. 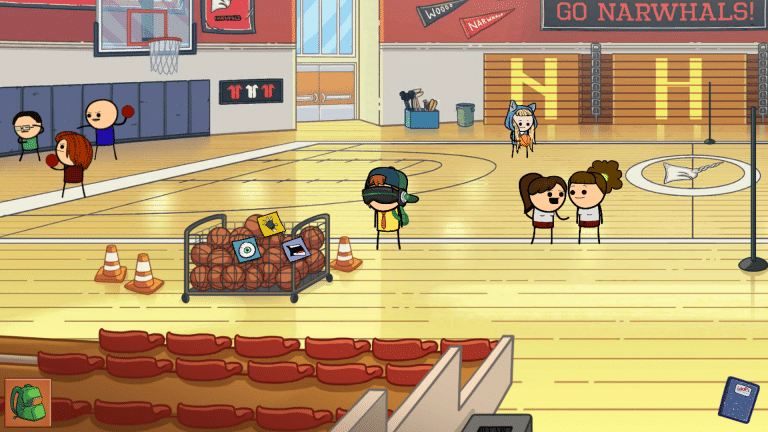 There’s a distinct style that coincides with its familiarity, and most people will find it comforting.

Not only is the style welcoming, but the original soundtrack is seemingly consistent with the rest of the experience – really capitalizing on a fun, playful soundscape. Between these two things, there’s enough justification to want more from the property. Additionally, the voice acting would be strong on its own without the writing flubs.

If you can overlook the flaws in the scripting and avoid taking anything too seriously, then this might something you’d want to check out. While Explosm’s Freakpocalypse won’t be for everyone there is still fun to be had, yet!