Game On: “Vampire: The Masquerade”

“Vampire: The Masquerade” is a tabletop roleplaying game where everyone is against you. Think you can survive such a cruel world? 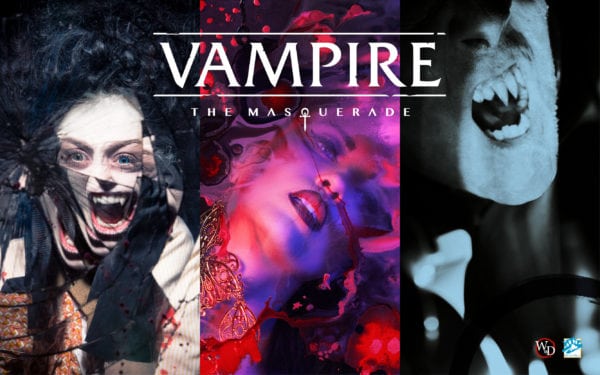 Vampire: The Masquerade (VtM) is a tabletop roleplaying game (TRPG). For those unfamiliar with genre, here is a brief overview.

Think of TRPGs as collaborative story telling. There are two important roles. The first is the player. Their job is to play characters of their choosing and portray the main actors in the story. Imagine the player as someone playing a custom video game protagonist. The second is the Game Master (GM). They oversee everything else in the game. The GM dictates the plot, battles, monsters, side characters and overall difficulty. Think of them as a game developer working in real time.

To create tension, conflict, and challenge, most actions are determined by the roll of a die. Characters can have various abilities and stats which can affect this roll. 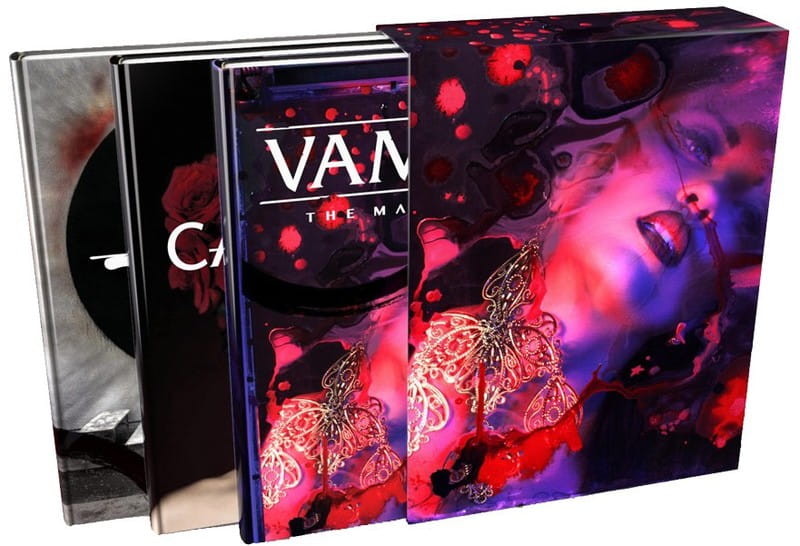 For example, a player walks into a store playing Christo, the devilishly handsome bard. In the scenario, the storekeeper (acted out by the GM) asks Christo what he wants. Christo sees a massive ruby ring for sale, but it is way out of his budget. Luckily, Christo is a charismatic character and he knows how to twist people into liking him. At this point, the player will ask the GM if they can try and persuade the shopkeeper to lower the price. The GM allows it and the player will then roll a dice.

The GM thinks of a number that needs to be rolled to count as a success. Today, they decide that the number to beat is 18. If the player only rolled a 15, there’s no shiny ring for them, right? Well, not exactly: Christo has a high charisma stat. Due to this, he can add +3 to his charisma roll. This means he passes the check and obtains his prize.

That is the general gist of TRPGs. Since all systems are unique, it is meant to be taken as a surface level explanation for the overall mechanics.

VtM is a game about morality. 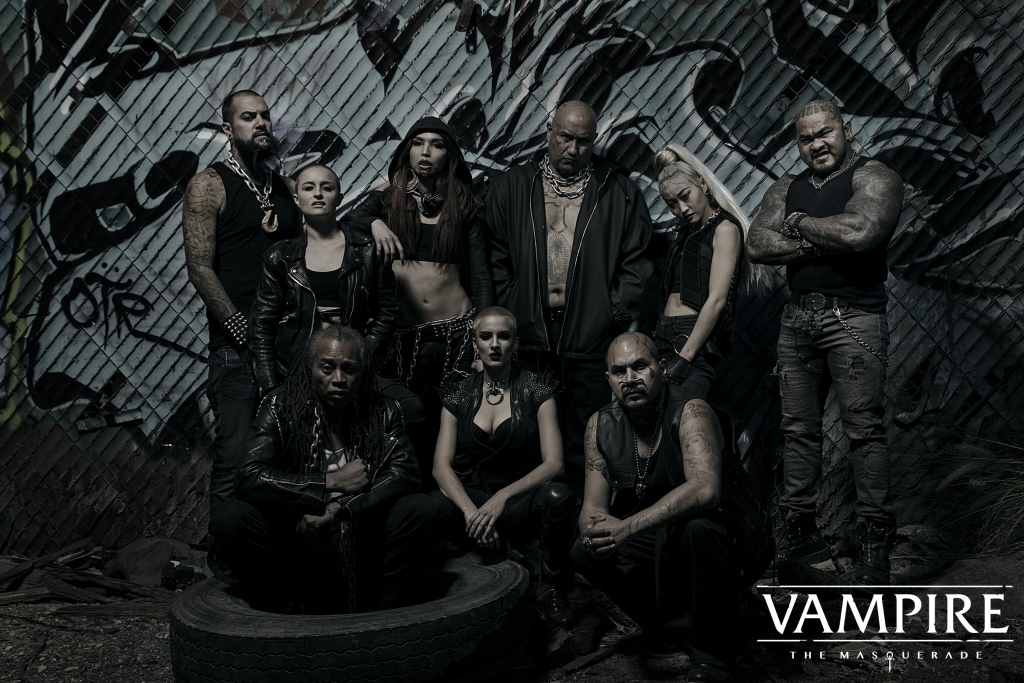 Unsurprisingly, players take the role of a vampire while trying to navigate a complicated political world full of betrayal, murder, other monsters, and scarier vampires than you. Every decision made in this world is solely the player’s, as is every consequence.

The world of VtM starts as many stories do: with murder.

In the past, according to the story’s lore, there were once two brothers, Cain and Abel. Cain was jealous of Abel because he felt God loved his brother more. In a fit of jealous rage, Cain decided to sacrifice his brother as the “ultimate offering” to God. God did not appreciate this sacrifice and cursed Cain with immortality. Several more curses later, Cain became the first vampire, also known as Kindred. Every vampire in VtM is linked to Cain because he had the ability to pass on his curses through a process called “the embrace.” 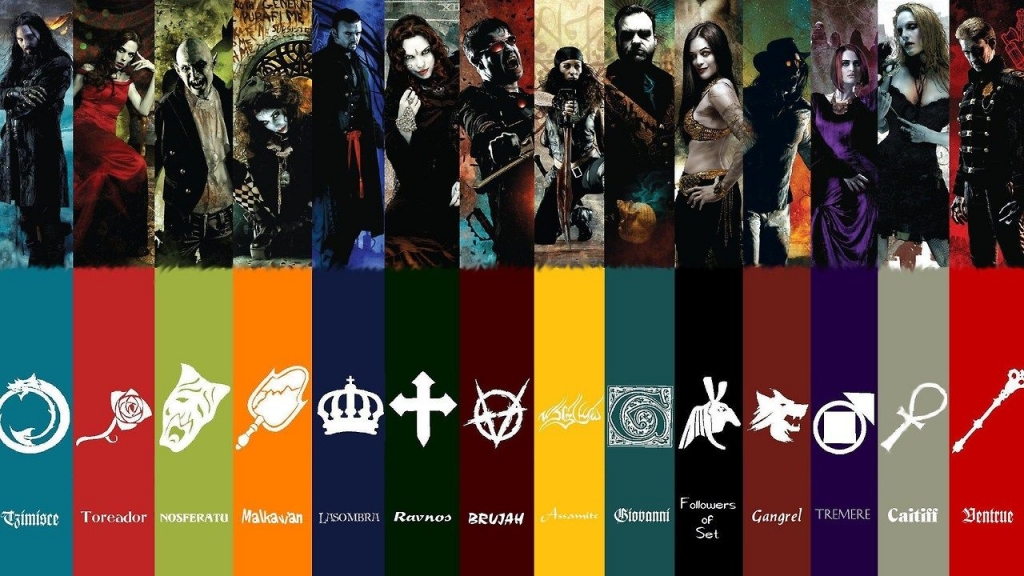 Eventually, enough people were embraced that 13 distinct clans of vampires emerged. Each clan has their own inherent abilities and traits. If you have a preferred play style, there is undoubtedly a clan to suit your needs. Maybe you want the wealth and power being a Ventrue provides. Or, you could be attracted to the Brujah with their lifestyle of doing whatever they want, regardless of consequences. If you are prone to playing violent characters, you might want to be a Tzimisce and turn people into your personal meat furniture.

Whichever clan is chosen, be warned that all have a devastating weakness, and it is on the player to be clever enough to overcome them, whatever they may be.

What sets VtM apart from other TRPGs is how it handles dice rolls. 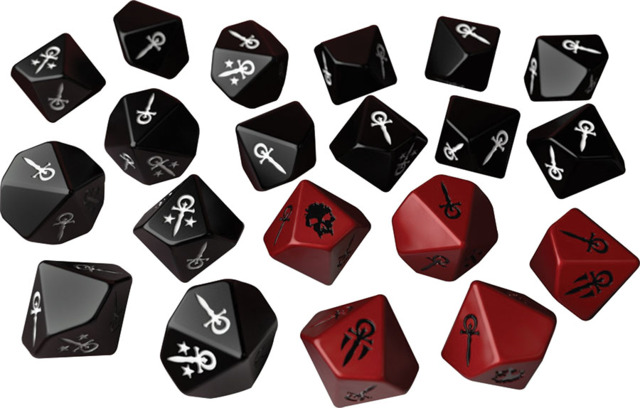 The dice of choice is a D10 and, instead of the usual “add +3 to the roll”, there is a “pip” system. If you look at character sheets you will see that attributes and skills have blank dots next to them. The better your character is at a skill or attribute, the more of those pips are filled in. If players wish to do an action that has a chance of failure, they must roll the appropriate skill and attribute. For each filled in pip, a player can add that number of dice to their roll.

For example, if a character wanted to punch someone for saying their jacket made them look fat, the player would roll for strength (skill) plus brawl (attribute). In this example, the character has three pips in strength and two in brawl. This means the player would roll five dice. The GM would then determine what number is needed to win, and, as previously stated, dice are rolled, then the numbers are revealed.

Every roll that beats the difficulty gets counted as a success. The more successful a player is, the better their actions turn out. One success might mean your character grazes their opponent. Five successes could lead to him getting knocked across the room.

It’s a good system, mostly because it’s satisfying to throw many dice at once. 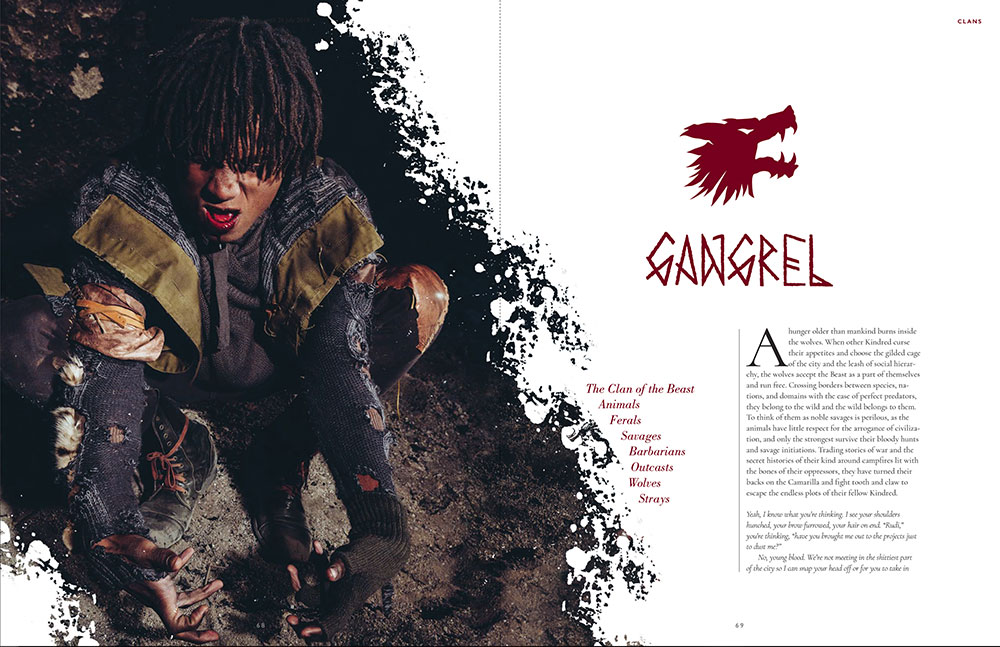 It also slightly increases the overall difficulty compared to other TRPGs.

Instead of having to beat one check, there are two, which increases the chance of failure. It gets even worse if players roll ones. Rolling a one cancels out any successful dice. If you have no successes, but still roll a one, then your action will end in catastrophic failure such as car crashes, shooting yourself, or accidentally calling someone ugly.

Why will horror enthusiasts be interested in playing this game?

I believe TRPGs provide an experience that no other medium can. 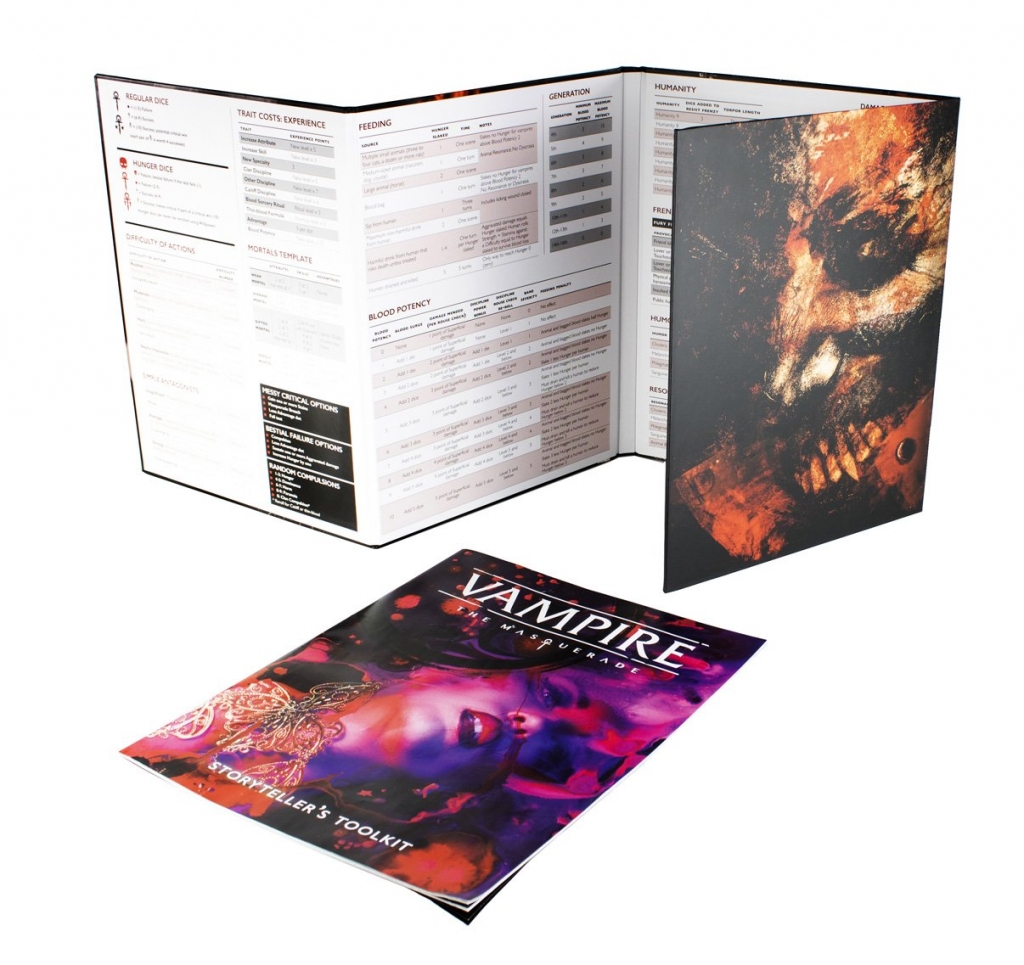 You, as the player, are in complete control when it comes to the choices. Whether your actions are successful is in the hands of fate.

Player choice is a major focus in VtM, and with this system, you get to live out the dream of being a horror icon. Stalking your victims in the dead of night, getting people to do your bidding, taking over sections of cities through the use of terrifying powers, these are all possible in the game. 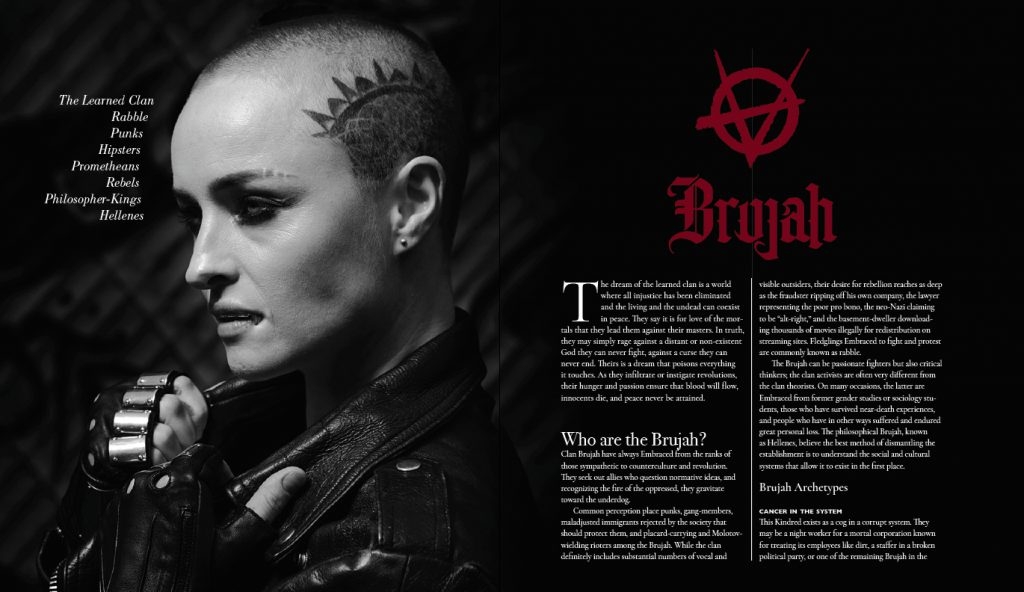 In VtM, every clan has a specific set of disciplines. The variety of disciplines means you are equipped for most situations. You can be a Brujah with celerity and be faster than any mortal could ever dream. You can make shadows bend to your will as a Lasombra. There are even more that I haven’t mentioned such as turning invisible, hitting harder, charming everyone, and creating illusions.

The craziest part is that, despite all the power your character possesses, you still need to watch your back. Sunlight and fire can do massive damage. Other monsters, such as werewolves or fairies can overpower characters with little effort. Even the other Kindred are possible threats as many of them possess disciplines far exceeding your own – for example, there are time stopping vampires.

Players may even struggle with their characters’ own morality. Being a good vampire is difficult when the only form of sustenance is blood.

That is also what makes VtM a great system. 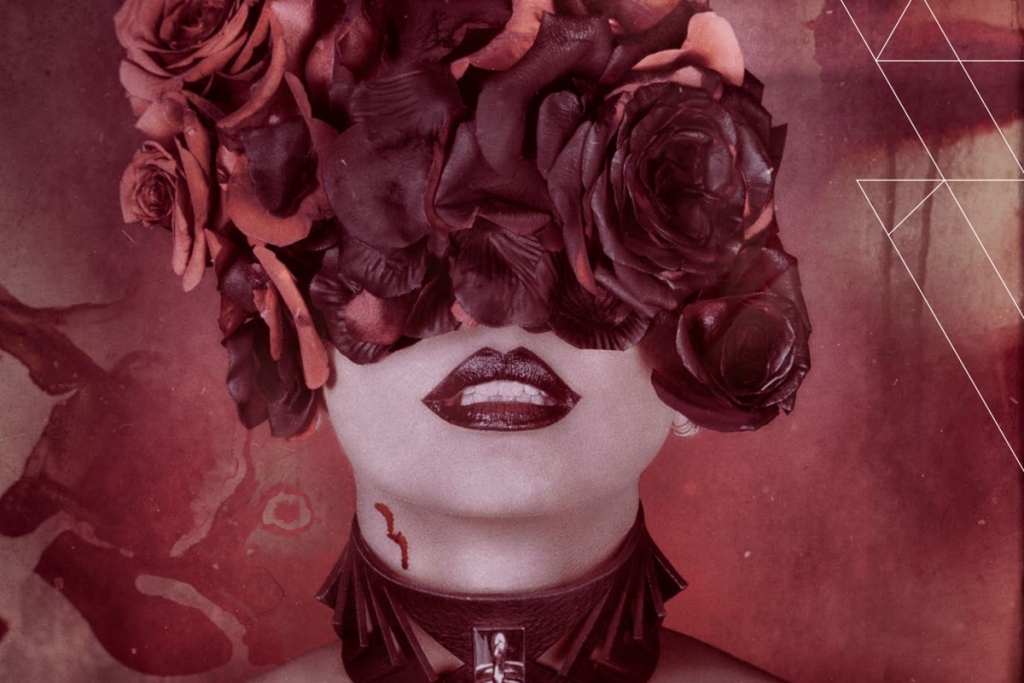 Players are always walking on a razor’s edge, and one mistake could leave your character severely wounded, killed, or even eaten by a fellow vampire. It is a rollercoaster of emotions where in one scene, you are in control and taking everyone down, but in the next, you feel like a bumbling oaf from a sitcom. This is true of all TRPG systems but, in my opinion, none do it as well as VtM.

All that I have mentioned only scrapes the surface of what VtM is all about. There is a beauty in creating your own vampire and creating a story that solely belongs to you and your fellow players.

It is a wonderfully complex game that has led to some of the most emotional moments I have ever experienced in any medium.

Get the latest version of Vampire: The Masquerade here.