This month on the Guilty Pleasures podcast, put on your ghosts glasses and stay out of the basement; we’re talking 2001’s “Thir13en Ghosts”!

EPISODE SUMMARY
We ran a poll on social media platforms to see which film we would look at in our “Ropey Remakes” episode of the series. It was between 2006’s “The Wicker Man” and 2001’s “Thir13en Ghosts.” The vote was close, but in the end, it was Steve Beck’s directorial debut Thir13en Ghosts that came out on top!

ABOUT THIS EPISODE: “Thir13en Ghosts” (WITH SPECIAL GUEST MICHAEL PETERSON) 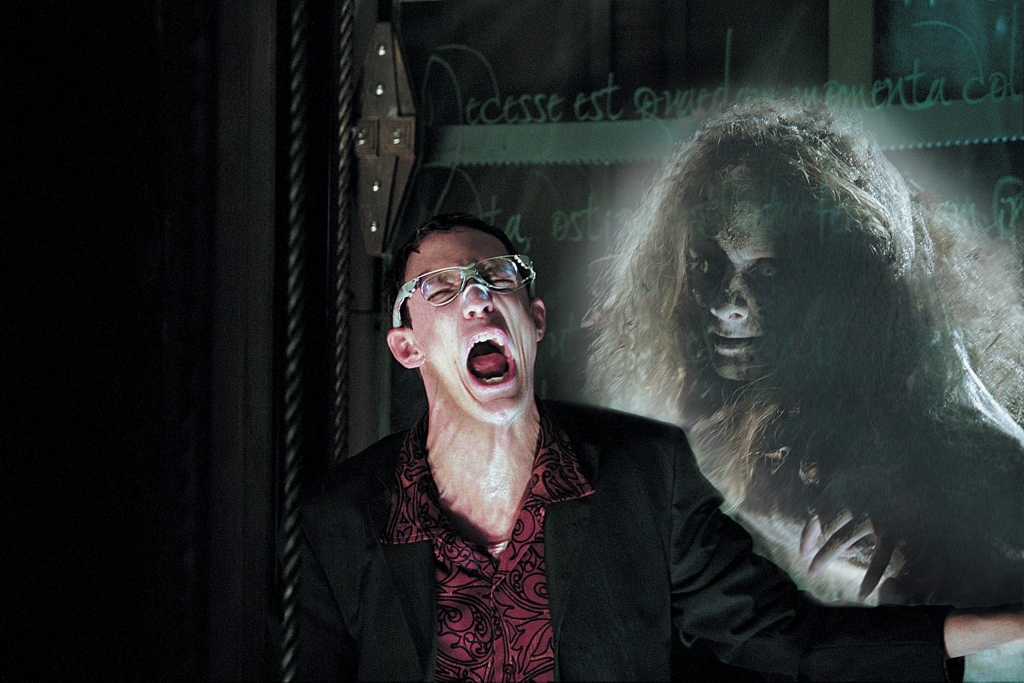 Alongside NHE host Scott Murphy, we have a great former guest in Knuckleball director Michael Peterson. And unlike last time he was on (talking about Evil Aliens), he actually saw this film in English!

In the episode, Scott and Mike talk about the incredible production design and creature makeup effects in Thir13en Ghosts and why this provides the movie’s greatest strength, while also working against it at times. Plus, we discuss how F. Murray Abraham and Matthew Lillard seem to be in a different movie as everyone else — and how director Steve Beck wastes the potential of the opening scene. On top of which, the pair get frustrated by the fact that the most interesting aspects of the movie happen off screen.

You can watch the trailer for Thir13en Ghosts here. The film is available to watch for free on Tubi in the United States.